Read The Life and Prayers of Saint Paul the Apostle Online

The Life and Prayers of Saint Paul the Apostle 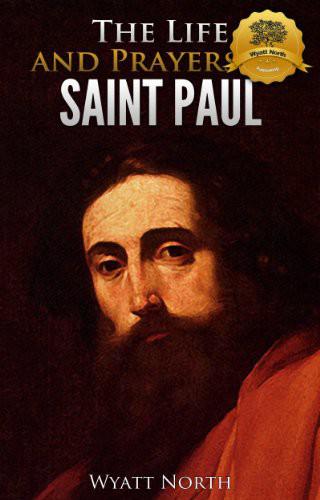 The Life and Prayers of 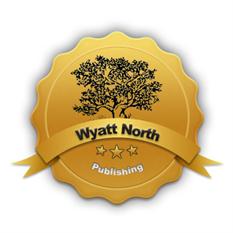 Copyright © Wyatt North Publishing, LLC. All rights reserved, including the right to reproduce this book or portions thereof in any form whatsoever. For more information please visit
http://www.WyattNorth.com
.

Scripture texts in this work are taken from the
New American Bible, revised edition
© 2010, 1991, 1986, 1970 Confraternity of Christian Doctrine, Washington, D.C. and are used by permission of the copyright owner. All Rights Reserved. No part of the New American Bible may be reproduced in any form without permission in writing from the copyright owner.

Wyatt North Publishing is a boutique publishing company. We always provide high quality, perfectly formatted, eBooks. All of our eBooks include a Touch-or-Click Table of Contents, allowing easy and instant access to each section.

We guarantee our eBooks. If you are not 100% satisfied we will do everything in our power to make you happy. Visit
WyattNorth.com
for more information. Please feel free to contact us with any questions or comments. We welcome your feedback by email at
WyattNorthPublishing
.

Introducing an exciting new series from Wyatt North Publishing.
The Life and Prayers
series combines professionally researched and written biographies of iconic Christian figures with an anthology of prayers.

It is through the ardent work of Paul that we know the path to Salvation, one which leads us and binds us to God through the love of Christ.

When Jesus revealed himself directly to Paul and called Paul into his service that set Paul apart from other disciples who had come into the faith since the crucifixion.

Paul was not merely chosen to be a disciple, he had been appointed by Jesus himself.

This edition has a linked Table of Contents and has been wonderfully formatted (searchable and interlinked) to work on your eBook reader.

The Life of Saint Paul the Apostle

An Introduction to His Life

The Early Life of Saint Paul

Paul and the Twelve

From Greek Apostle to Roman Saint

The new “Quick Facts” section in
The Life and Prayers
collection provides the reader with a collection of facts about each saint!

25 January (celebration of his conversion)

- man holding a sword and a book

- man with three springs of water nearby

The Life of Saint Paul the Apostle

An Introduction to His Life

There are a great many men and women who have forever influenced and changed the course of Christian history, but one might ask whether any have made such a profound impact as Saint Paul the Apostle.

Saint Paul's view of what it means to be a Christian, through his many letters, has been made canon, bringing his words to new generations of Christians for millennia to follow. Now that his words are canon, it is easy to imagine Paul as a mere compiler of Christian tenets, but Paul's influence goes far beyond his words.

Paul did not merely write down what being a Christian meant to everyone, he wrote down what it meant to him – and Paul was a controversial figure who shook the not yet settled foundations of the early Church. He was a proponent of intense change, and if it cannot be said that he took a small Middle Eastern sect and made it a blossoming Roman religion, it must at least be said that he worked fervently for the changes that made such growth possible.

It is through the ardent work of Paul that we know the path to Salvation, one which leads us and binds us to God through the love of Christ.

Saint Paul's influence can be felt throughout all of Christendom, but his story can also be very touching on a personal level. He was a very unlikely apostle, a persecutor of Christians who had a profoundly powerful experience and was symbolically born again through Christ, casting off his hatred in favor of love.

When we seek to know Paul through his life and deeds, rather than through his beliefs alone, we find him in canonical, as well as apocryphal and historical sources. Naturally, there are numerous quite complete explorations on the life and legacy of Saint Paul, including the inspiring
Saint Paul
by Pope Benedict XVI, but these are usually medieval or modern in origin and use sources that are equally readily available to us. As we seek Paul, we will consider the contemporary and near-contemporary sources first.

Of these, the letters to the Ephesians, the Colossians, and the second letter to the Thessalonians are sometimes thought by modern Biblical scholars to have been written by someone else. Traditionally, the
First Epistle to Timothy
, the
Second Epistle to Timothy
, and the
Epistle to Titus
, sometimes also the
Epistle to the Hebrews
, have been considered the works of Paul, but today many Bible scholars believe them, based on their content and language, to be later works of someone else merely attributed to Paul.

The Pauline epistles are chronologically followed by the
Acts of the Apostles
, although this book actually precedes Paul's letters in the Bible. The traditional view is that this work was written by Luke the Evangelist, a friend of Paul's. On this matter, modern scholars are more or less evenly divided. If it is written by Luke, it may date as early as the 60s AD, around or just after the death of Paul. If it is the work of another author, it may have been written as late as 100 AD, but with the help of a source that was present during Paul's travels. As a source for the life of Paul it is the most complete, but it can be a complicated work. It does on occasion directly contradict Paul's own writings. At other times, the historian may ask whether its details are plausible events or a literary device, and indeed whether the author's goal is not to aggrandize Paul and draw a parallel to the life of Christ. These are questions that the reader must ask, and come up with their own answer.

Outside of the canonical sources, we find several apocryphal as well as gnostic texts. The earliest work dedicated to the life of Saint Paul was written between 160 and 190 AD, and is mentioned by the famous 2nd century Christian author Tertullian. It was called the
Acts of Paul
and comes down to us, in its entirety, only in fragments.

Its main constituent parts, however, were so popular individually that they were often copied and distributed on their own. They are the
Acts of Paul and Thecla
, and the
Martyrdom of Paul
. In addition to these two works, the Acts of Paul consist of letters and prayers, as well as several shorter narratives of Paul's preaching and miraculous healings.

Those are the sources that deal directly with the life of Paul the Apostle, although small details can of course be gleaned from other sources as well and those will not be forgotten.

The dedicated seeker of Paul will also find several letters, including a fourth century forgery of the very warm correspondence between Paul and the Stoic philosopher Seneca, and prayers, as well as two travels to Heaven: the
Apocalypse of Paul
, a Catholic account that appears to have inspired Dante's
Inferno
, and the
Coptic Apocalypse of Paul
, a Gnostic text.

But for now we will occupy ourselves with the earthly life of Paul the Apostle, that begins with conception and ends, somewhat uncertainly, in death.