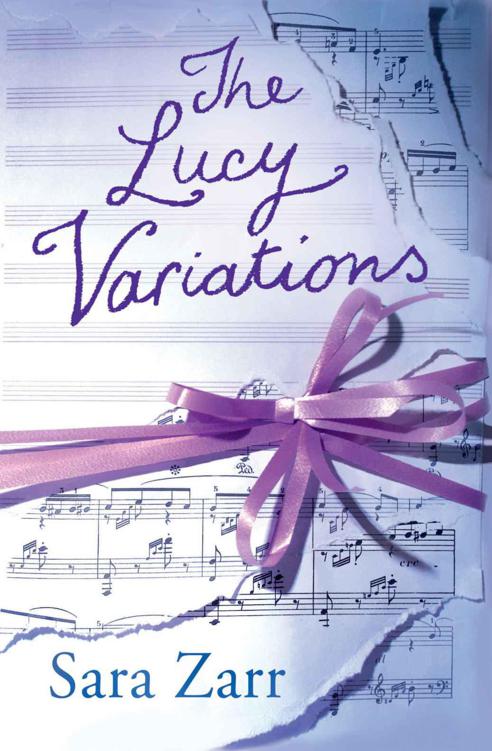 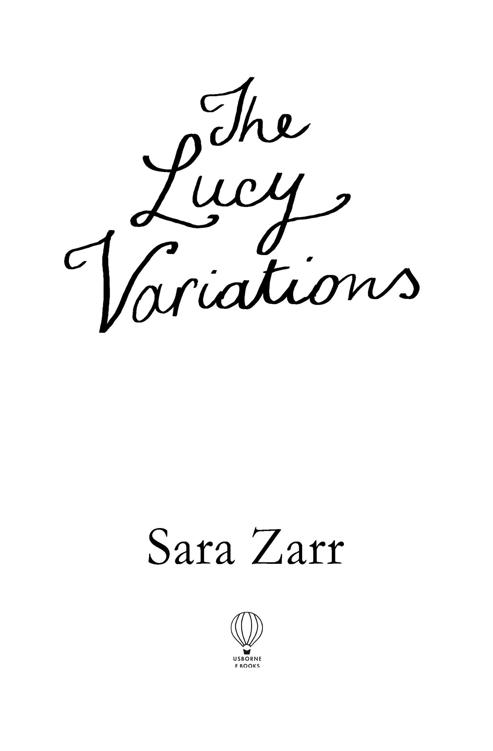 the skilful accompanist to all my variations.

The right of Sara Zarr to be identified as the author of this work has been asserted by her in accordance with the Copyright, Designs and Patents Act, 1988.

The name Usborne and the devices

All rights reserved. This ebook is copyright material and must not be copied, reproduced, transferred, distributed, leased, licensed or used in any way except as allowed under the terms and conditions under which it was purchased or loaned or as strictly permitted by applicable copyright law. Any unauthorised distribution or use of this text may be a direct infringement of the author’s and publisher’s rights and those responsible may be liable in law accordingly.

Sneak Preview of
How to Save a Life
by Sara Zarr 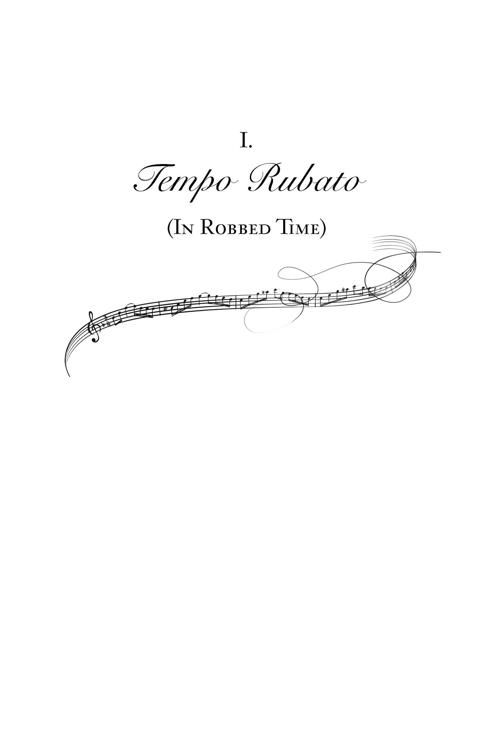 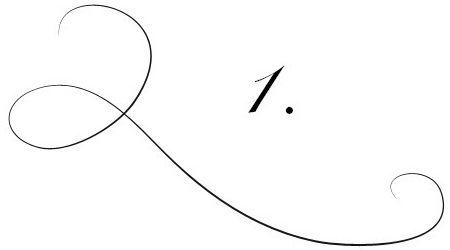 She put her hands over Temnikova’s sternum again, and again hesitated.

Stage fright: an opportunity to prove herself or a chance to fail. Which was nothing new for her. It just hadn’t been a life-or-death issue until now.

This isn’t a performance.
Do
something.

But an actual dying person in the living room wasn’t the same as a Red Cross dummy in the school gym. Lucy tried not to think about Temnikova’s skin under her hands. Or the way, from the looks of things, that skin now encased only a body, no longer a soul.

Gus, Lucy’s ten-year-old brother, started to ask the question she didn’t want to answer. “Is she…”

“Call nine-one-one, Gus,” she told him for the second time. He’d been motionless, mesmerized. Lucy kept her voice unwavering, though she felt like screaming. She didn’t want to freak him out. Channelling her mother’s dispassion and authority, she said, “Go do it right now.”

Gus hurried across the room to the phone, and Lucy looked at the ceiling, trying to remember how to perform CPR – what went where and for how long. Where were her mother and grandfather, anyway? They were usually and annoyingly
there
, running the house and everything, every
one
, in it like a business.

The metronome on top of the piano ticked steadily; Lucy fought off the urge to throw a pillow at it. Instead she used it to time the chest compressions.

A slow adagio. A death march.

Everything good
(tick)
is passing you by
(tick)
as you sit here
(tick)
and practise your life away
(tick).

Except she did know, because she’d done it herself for more than eleven years. Not with Temnikova, but in this room. This house. These parents. This family history.

“My sister is doing that,” Gus said into the phone. Then to Lucy, “They want you to try mouth-to-mouth.”

When Lucy and Reyna signed up for the CPR workshop at school last spring, they’d assumed their future patients would be sexy, male, and under forty, an idea which now seemed obviously idiotic. Lucy swept her hair back over one shoulder and braced herself.

Gus was speaking, but his voice seemed far away. The order of Lucy’s actions felt wrong; the backs of her thighs cramped. She looked up at Gus, finally, and tried to read his face. Maybe her inadequacy was engraving permanent trauma onto his psyche. Twenty years from now, in therapy, he’d confide to some bearded middle-aged man that his problems all began when his sister let his piano teacher die right in front of him. Maybe she should have sent him out of the room.

“Tell them I think…I’m pretty sure she’s dead.”

Gus held the phone out to Lucy. “You tell them.” She stood and took it, wincing at the needles that shot through her sleeping left foot while Gus walked to the piano, stopped the metronome, and slid its metal pendulum into place.

The house seemed to exhale. Lucy gave the bad news to “them”. After going over the details they needed, she hung up, and Gus asked, “Do we just leave her body here?”

Temnikova had dropped to the Persian rug, behind the piano bench, where she’d been standing and listening to Gus. Right in the middle of a Chopin nocturne.

“I don’t want her to be alone,” he said, and sat in Grandpa Beck’s armchair, uncomfortably close to Temnikova’s head. She’d been colouring her short hair an unnatural dark red as long as Lucy’s family had known her.

Lucy went to Gus and rested her hip against the chair. She should try her mom’s cell phone, or her grandfather’s, and her dad’s office. Only she didn’t want to. And the situation was no longer urgent, clearly.

One of the paramedics said it looked like a stroke, not a heart attack, and there was “probably” nothing Lucy could have done. He typed into his phone or radio or whatever it was while he talked.

Probably.
It wasn’t exactly a word of comfort.

While the other paramedics loaded Temnikova’s body onto a gurney they’d parked in the hall, the “probably” guy clipped his radio back onto his belt and checked off things on a form. Lucy gave her name and parents’ names and the house phone number. He paused halfway down the page and rested his finger over one of the check boxes. “You’re over eighteen, right?”

“Really.” He – small and wiry, just a little shorter than Lucy – gave her a once-over. Their eyes didn’t quite meet. “You look older.”

She never knew what to say to that. Was it supposed to be a compliment? Maybe she didn’t want to look older. Maybe she didn’t even want to be sixteen. Twelve. Twelve had been a good age: going to the symphony with Grandma Beck in excessively fancy dresses, unembarrassed to hold her hand. Being light enough that her dad could carry her from the car to the front door on late nights. Shopping with her mother and not winding up in a fight every time.

“So I’ve been told,” she said. He smiled. There should be some kind of rule against smiling in his job. She said, “Just another day for you, I guess.”

“I wouldn’t put it that way.” He handed her a card. “I’ll need to have one of your parents call this number as soon as they can. You said she’s not a relative?”

His look turned into a stare that lingered somewhere between Lucy’s neck and waist. She stood straighter, and he returned his attention to the clipboard. “She’s my brother’s piano teacher.”

Lucy gestured to Gus, who’d been sitting on the stairs, his chin in his hands. He didn’t appear traumatized. Bored, possibly. Or, knowing him, simply thinking. Maybe thinking about how if he’d been allowed to go to his school sleepover at the Academy of Sciences, like he wanted, this wouldn’t even be happening. But, as usual, their parents and Temnikova had said no, reluctant to take any time away from his scheduled practice.

The paramedic blew a breath through his thin lips. “That’s rough. It happening right here, during a lesson.”

Where else would it happen? Temnikova practically lived there, in the piano room. Gus wasn’t your average ten-year-old, fumbling through “Clair de lune” and “London Bridge” while everyone who was forced to listen held back the eye rolls. He had a career. A following. Like Lucy used to have. And Zoya Temnikova had been working with him since he turned four, when Lucy’s grandfather flew her to the States from Volgograd, set her up in an apartment down the street, and helped her become a legalized citizen.

Her dying at the piano made perfect sense.

Still, it was sad. She’d given her life to their family, and now it was over.

After the paramedics rolled the body out, Gus got up off the stairs and stood next to Lucy in the starkly hushed hallway. If he was upset about Temnikova, he didn’t show it. When Lucy asked, “You okay, Gustav?” all he had to say about the death of the woman with whom he’d spent so much of his time over the last six years was:

“Mom’s going to be pissed.”