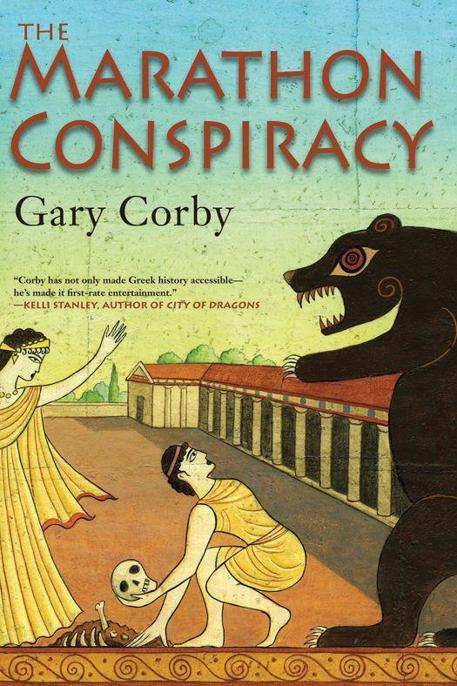 For my own Little Bears, Catriona and Megan 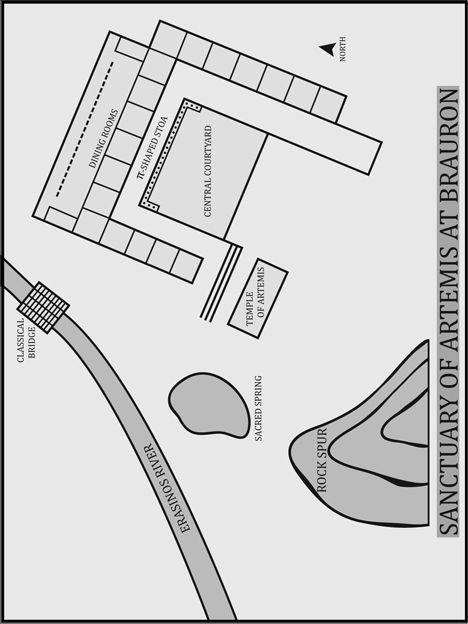 A N
OTE ON
N
AMES

S
OME NAMES FROM
the classical world remain in use to this day, such as Ophelia and Doris. Others are familiar anyway because they’re famous people, like Socrates and Pericles. And some names look slightly odd, names such as Antobius and Gaïs. I hope you’ll say each name however sounds happiest to you, and have fun reading the story. For those who’d like a little more guidance, I’ve suggested a way to say each name in the character list. My suggestions do not match ancient pronounciation. They’re how I think the names will sound best in an English sentence. That’s all you need to read the book!

T
HE
A
CTORS

Characters with an asterisk by their name were real historical people.

P
ERICLES DIDN
’
T USUALLY
keep a human skull on his desk, but there was one there now. The skull lay upon a battered old scroll case and stared at me with a vacant expression, as if it were bored by the whole process of being dead.

I stood mute, determined not to mention the skull. Pericles had a taste for theatrics, and I saw no reason to pander to it.

Pericles sat behind the desk, a man of astonishing good looks but for the shape of his head, which was unnaturally elongated. This one blemish seemed a fair bargain for someone on whom the gods had bestowed almost every possible talent, yet Pericles was as vain as a woman about his head and frequently wore a hat to cover it. He didn’t at the moment, though; he knew there was no point trying to impress me.

In the lengthening silence, he eventually said, “I suppose you’re wondering why there’s a skull on my desk.”

I was tempted to say, “What skull?” But I knew he’d never believe it. So instead I said, “It does rather stand out. A former enemy?”

I blinked. I thought I’d been joking.

“We have a problem, Nicolaos.” Pericles picked up the skull and set it aside to reveal the case beneath, which he handed to me. “This case came with the skull.”

I turned the scroll case this way and that to examine every part without opening the flap. It was made of leather that looked as if it had been nibbled by generations of mice. Clearly it was very old.

The case was the sort that held more than one scroll: five, I estimated from the size, five cylindrical scrolls held side by side. The surface on the back of the case was much less damaged than the front, but dry and cracked; this leather hadn’t been oiled in a long time.

I said, “The case has been lying on its back for many years. Perhaps decades. Probably in a dry place such as a cupboard.”

Pericles tapped his desk. “The skull and the case were sent to Athens by a priestess from the temple at Brauron. Brauron is a fishing village on the east coast. The accompanying note from the priestess who sent it said that two girl-children had discovered a complete skeleton in a cave, and that lying beside it was this case. For what macabre reason the priestess thought we’d want the skull I can’t imagine, but the contents of the case are of interest. Open the flap.”

Inside were four scrolls, and one empty slot. I removed one of the scrolls and unrolled it a little. I was worried the parchment might be brittle and crack, but it rolled well enough, despite its age. This was high-quality papyrus, no doubt imported at great expense from Egypt.

I read a few words, then a few more, unwinding as I did. The scroll was full of dates, places, people. Notes of obvious sensitivity. I saw the names of men who I knew for a fact had died decades ago. Whatever this was, it dated from before the democracy. In fact, if what I read was genuine, these notes referred to the years when Athens was ruled by a tyrant, and the author—

I looked up at Pericles, startled.

He read my expression. “I believe you’re holding the private notes of Hippias, the last tyrant of Athens.”

Hippias had ruled many years before I was born. He was so hated that men still spoke about how awful he was; so hated that the people had rebelled against him. He ran to the Persians, who sent an army to reinstate him, so they could rule over Athens via the deposed tyrant. The Athenians and the Persians met upon
the beach at Marathon, where we won a mighty victory to retain our freedom.

Reflecting the Sky by Rozan, S. J.
The Toymaker by Chuck Barrett
Montgomery Family 01 - Lost Pleasures Found by Vikki Vaught
Crane by Rourke, Stacey
Black Wood by SJI Holliday
The Truth About You & Me by Amanda Grace
Burnt by Lyn Lowe
Spirit by Shauna Granger
The Space Between Heartbeats by Melissa Pearl
Season of Salt and Honey by Hannah Tunnicliffe