Read The Marquis Is Trapped Online

The Marquis Is Trapped 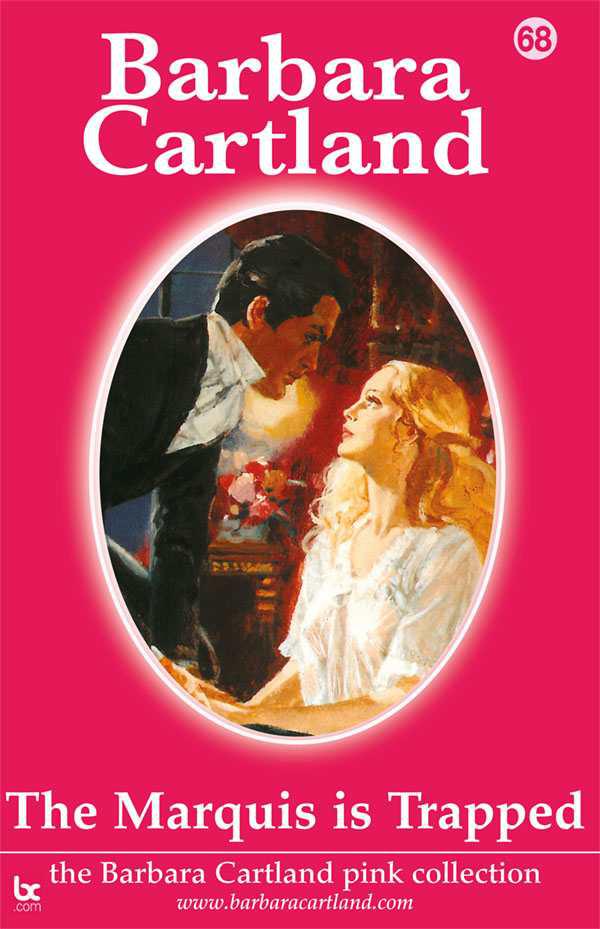 The marquis of Kexley is just falling asleep beside the beautiful Isobel Heywood, when in a soft voice she suggests that they should be married. Only by pretending to be asleep does he escape answering her and then he realises that because she is a widow, she is extremely dangerous in that she is free for him to marry her. In his other affaires-de-coeur, the women were already married, so he was safe, and he avoided debutantes with ambitious mothers like the plague. Because Isobel is so possessive he thinks it best to leave London at once. So with the assistance of the Prince of Wales he leaves on his yacht for Scotland to stay with the Earl of Darendell and fish on his salmon river. When the Marquis arrives in Scotland, he is surprised and upset to find that his hostess, the new wife of the Earl is someone who had approached him at a house party when he was only nineteen. While he is enjoying the fishing, he becomes worried and puzzled about Celina, the Earl’s daughter, who is frightened of him and avoids him on every possible occasion. He only discovers the reason when one night he finds the beautiful Celina in his bed! How the Marquis avoids the dastardly trap set for him, how he escapes with Celina on his yacht to the Orkney Islands and how they are then faced with an even more dangerous situation is all told in this thrilling romance by BARBARA CARTLAND

THE MARQUIS IS TRAPPED

Titles in this series

Where to buy other titles in this series

THE MARQUIS IS TRAPPED

The characters and situations in this book are entirely imaginary and bear no relation to any real person or actual happening.

This book is sold subject to the condition that it shall not, by way of trade or otherwise, be lent, resold, hired out or otherwise circulated without the publisher’s prior consent.

No part of this publication may be reproduced or transmitted in any form or by any means, electronically or mechanically, including photocopying, recording or any information storage or retrieval, without the prior permission in writing from the publisher.

THE MARQUIS IS
TRAPPED

The Marquis was aware as they climbed slowly up the stairs that the Earl was somewhat unsteady.

He wondered what had been in the ‘night-cap’ and was glad he had not touched it.

The lights had already been dimmed to only three sconces in his passage, his own room being in the opposite direction to that of the Earl.

They said goodnight at the top of the stairs and as the Earl was tottering, the Marquis watched him until he reached his bedroom.

Then he walked towards his own room and opened the door.

He turned round to close it and then, as he moved a little further into the room, he came suddenly to a standstill.

He stared in front of him in sheer astonishment.

His large four-poster bed had a large ornate canopy over it.

Beneath it sitting up against the pillows was Celina!

For a moment the Marquis could not move and was speechless.

Then Celina spoke in a little voice that was hardly audible,

Barbara Cartland was the most prolific bestselling author in the history of the world. She was frequently in the Guinness Book of Records for writing more books in a year than any other living author. In fact her most amazing literary feat was when her publishers asked for more Barbara Cartland romances, she doubled her output from 10 books a year to over 20 books a year, when she was 77.

She went on writing continuously at this rate for 20 years and wrote her last book at the age of 97, thus completing 400 books between the ages of 77 and 97.

Her publishers finally could not keep up with this phenomenal output, so at her death she left 160 unpublished manuscripts, something again that no other author has ever achieved.

Now the exciting news is that these 160 original unpublished Barbara Cartland books are ready for publication and they will be published by Barbaracartland.com exclusively on the internet, as the web is the best possible way to reach so many Barbara Cartland readers around the world.

The 160 books will be published monthly and will be numbered in sequence.

The series is called the Pink Collection as a tribute to Barbara Cartland whose favourite colour was pink and it became very much her trademark over the years.

The Barbara Cartland Pink Collection is published only on the internet. Log on to
www.barbaracartland.com
to find out how you can purchase the books monthly as they are published, and take out a subscription that will ensure that all subsequent editions are delivered to you by mail order to your home.

If you do not have access to a computer you can write for information about the Pink Collection to the following address :

Titles in this series

These titles are currently available for download. For more information please see the
Where to buy page
at the end of this book.

1. The Cross Of Love

2. Love In The Highlands

4. The Castle Of Love

21. The House Of Happiness

25. Love Is The Reason For Living

26. They Found Their Way To Heaven

31. The Richness Of Love

38. The Importance Of Love

41. The King Without A Heart

44. A Perfect Way To Heaven

68. The Marquis Is Trapped

Barbara Cartland, who sadly died in May 2000 at the grand age of ninety eight, remains one of the world’s most famous romantic novelists.  With worldwide sales of over one billion, her outstanding 723 books have been translated into thirty six different languages, to be enjoyed by readers of romance globally.

Writing her first book ‘Jigsaw’ at the age of 21, Barbara became an immediate bestseller.  Building upon this initial success, she wrote continuously throughout her life, producing bestsellers for an astonishing 76 years.  In addition to Barbara Cartland’s legion of fans in the UK and across Europe, her books have always been immensely popular in the USA.  In 1976 she achieved the unprecedented feat of having books at numbers 1 & 2 in the prestigious B. Dalton Bookseller bestsellers list.

Although she is often referred to as the ‘Queen of Romance’, Barbara Cartland also wrote several historical biographies, six autobiographies and numerous theatrical plays as well as books on life, love, health and cookery.  Becoming one of Britain's most popular media personalities and dressed in her trademark pink, Barbara spoke on radio and television about social and political issues, as well as making many public appearances.

Tested by the Night by Maxine Mansfield
Accelerated by Bronwen Hruska
To Have and to Hold by Diana Palmer
Mary and Jody in the Movies by JoAnn S. Dawson
No Remorse by Walkley, Ian
Mary Anne Saves the Day by Ann M. Martin
The Taming of the Drew by Gurley, Jan
Fate Worse Than Death by Sheila Radley
Second Chances by Delaney Diamond
The War Hound and the World's Pain by Michael Moorcock