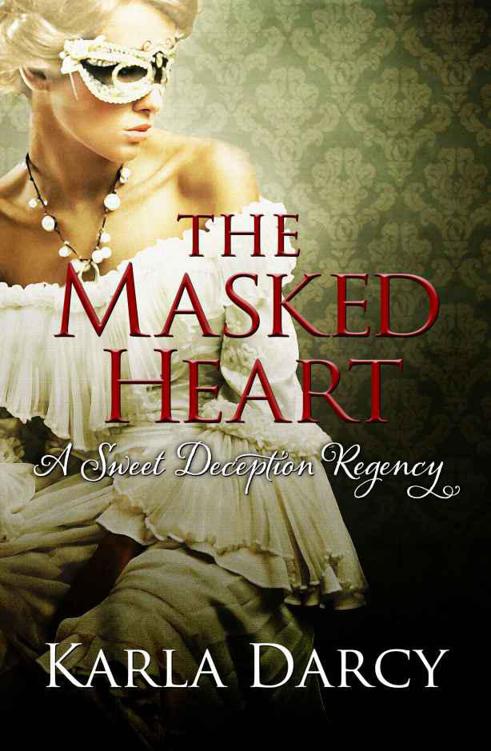 "
Fans of Downton Abbey and Jane Austen (without zombies) will adore this book. Karla Darcy makes us remember why we lose sense and sensibility for a sexy Regency hero and captures the era with a glorious and colorful voice!"

"Karla Darcy weaves one fabulous Regency Romance after another. Wise, witty and wonderful. Move over Jane for another Darcy you will love!"

"… creates a particularly attractive heroine to captivate both the hero and the reader alike. Darcy is winning a large readership with her diverting novels in this most competitive genre."

"The result is an amusing contest of matching wits, that will leave you holding your sides as you root for a happy compromise between the foes."

"Karla hooks readers and carries them along to a wonderfully satisfying ending."

"I simply couldn't put the book down. This emotionally intense love story will grip readers' attention."

"…writing is graceful and witty, plotting is clever, added to this are two characters who will charm and delight you."

"The humor and tenderness give this book heart and authentic details and great sexual tension make for a great read."

"…. weaves her magic spell once more in this intricately plotted gem of a book."

The Masked Heart
is a work of fiction. Names, characters, places, and incidents either are the product of the author’s imagination or are used fictitiously, and any resemblance to actual persons, living or dead, business establishments, events, or locales is entirely coincidental.

This ebook is licensed for your personal enjoyment only. This ebook may not be re-sold or given away to other people. If you would like to share this book with another person, please purchase an additional copy for each person you share it with. If you’re reading this book and did not purchase it, or it was not purchased for your use only, then please return it and purchase your own copy. Thank you for respecting the hard work of this author.

No part of this book may be reproduced, scanned, or distributed in any printed or electronic form without express written permission from the publisher. The scanning, uploading, and distribution of this book via the Internet or any other means without the permission of the publisher is illegal and punishable by law. Please do not participate in or encourage piracy of copyrighted materials in violation of the author’s rights. Purchase only authorized editions.

For everything and then some

"An actress, my dear," Lady Yates said, "is merely a slut who can sing."

Lady Haydie Yates sniffed at the shocked expression on her niece's face. "This is no time for missish airs, gel. Might as well know what you're getting into before you make the first misstep."

Blaine Margaret Meriweather shifted uncomfortably on the satin settee and tried to face the older woman with a worldly air she was far from feeling. Smoothing the skirt of her black mourning gown, Blaine looked warily at the upright figure in the wing chair and tried not to flinch under the steely glance of the golden-hazel eyes so like her own.

"I realize, Aunt Haydie, what I propose would be considered outrageous by some, but I thought you, of all people, might have more sympathy with my idea. After all, you have always told me a woman should not be held back by the conventions of society."

"No need to quote me, Blaine. I am well aware of all my tiresome preaching." The sixty-year-old Haydie waved her blue-veined hand in a dismissing gesture. "I am not unalterably opposed to the plan but I must be sure you are aware of all the pitfalls to this freakish start. A young gentlewoman does not become an actress without losing a great deal."

"It seems to me, aunt, that there is little left to lose." Sadness tinged Blaine's voice and she swallowed back the rising lump in her throat.

"Thus speaks youth," Haydie said. "Believe me, child, there are things more important than money and land in the balance here. I cannot imagine what your father would think of such a decision."

"I can." A sad smile tugged at the edge of Blaine's generous mouth. "He would shout down the house while my stepmother Juliette would sniffle into a lacy handkerchief, her violet eyes awash with tears. Ah, Aunt Haydie, I miss them so."

"It was blessedly quick, child," the older woman said in bracing tones, then she snorted in annoyance. "A lot of trumpery that kind of statement but one must hold on to something. In all truth, I cannot believe that either your father or your stepmother suffered long after the carriage left the road. Your father was not one who would have been a cheerful invalid and Juliette was already terrified of growing old. She would have been devastated over any form of disfigurement. Perhaps my words are harsh, Blaine, but one can only deal with the present. They were a charming, improvident pair. And my brother's inability to think beyond today has landed us all in the soup."

Blaine sighed and leaned wearily against the back of the settee, noticing the worn spots on the satin upholstery. As her eyes roamed around the drawing room, she was aware that all of the furnishings needed attention. The room was clean enough. She had seen to that herself, but she ought to have considered redoing some of the coverings and adding new draperies. Now it was too late.

She had been in charge of the household, since she was fifteen, the year Valerian was born. Then her stepmother, having finally presented a male heir to her husband, demanded that they remove to London for the season. Blaine had been delighted with the responsibility of the estate and equally pleased to be with her half-sister Fleur and the new baby who were also left behind at Weathers. For six years, the three children had seen little of their parents except for Christmas and occasional houseparties. They had been happy years but now with the death of her father and stepmother, Blaine could see that their comfortable way of life was truly threatened.

"Now, child, tell me about this cork-brained scheme."

Haydie's voice interrupted Blaine's musings and she tried to gather her thoughts. Without hesitation, she declared, "I would like to go to London and become an actress."

"I heard that part of the plan," Haydie said dryly. "It's the rest that I'm waiting to hear."

"Well, to be perfectly honest, I haven't worked out any of the details." A puckish grin widened her mouth and she peered through a cloud of dark lashes at her formidable relative. "I have given our difficulties a great deal of thought and I truly believe that this might be the answer to our present situation. You must admit, Aunt Haydie, that if we are not in the River Tick, our ship of state is sinking fast."

"Cheeky gel!" The old woman's words were snapped but there was a twinkle in the wise, old eyes that did not go unnoticed.

Blaine's face sobered as she continued. "According to the lawyer, everything has been left in trust for Valerian until he is twenty-one. Val is only five now. For the most part the estate is self-supporting. I have gone over the books very carefully with Higgins, the estate manager. With stringent economies, we should all be able to survive but, in actual fact, we will live no better than our tenants for the next sixteen years. Worse, we will have nothing in reserve in case of some unlooked for casualty."

"I cannot believe Cedric arranged things so poorly!" Haydie reached out for the glass of sherry on the table beside her. She took a bracing sip then cocked her steel-gray head to the side as she stared at the portrait of her brother which hung above the fireplace. "On second thought, I can well believe it. At times, my dear, your father was a thundering lackwit. He assumed, like most of us, that he would live to his dotage."

Blaine's eyes rose to the portrait and she smiled. Her father was dressed in his hunting pinks, seated on a low stone wall, his hand on the head of his favorite hunting dog Knolly. In the background was Weathers, the country home of generations of Meriweathers. The warm golden tones of the Cotswold stones shone like a beacon at the end of the narrow, tree-shaded lane. The land around the house was flat, perched as it was on the edge of Salisbury plain in Wiltshire. Tears sheened Blaine's eyes at the thought that they might eventually be forced to sell the house which was Val's patrimony. Never! She vowed silently and pulled herself erect to face her aunt with determination.

"We need money, Aunt Haydie," she announced. "Our tenants depend on us to help them in an emergency. There are no dowries for either Fleur or myself and there is nothing for Val's schooling. Papa wanted him to go to Cambridge and for that he will need tutors. Our governess can hardly prepare him."

"You're right, my dear. Frau Puffentraub has been fine for you and now Fleur, but Val must go off to school," Lady Yates agreed. "I have wondered in the last few days if it might not be a kindness to release the good frau to find another position."

"Let Puff go? Oh Aunt Haydie," Blaine cried, a stricken look on her face as she thought of the sturdy little governess who for so many years had stood as mentor and friend.

"Buck up, child," Haydie said bracingly. "We'll manage. After all, I have my money."

"Oh no! Papa left that allowance to you and you mustn't even consider spending it on us."