The Melancholy of Anatomy: Stories 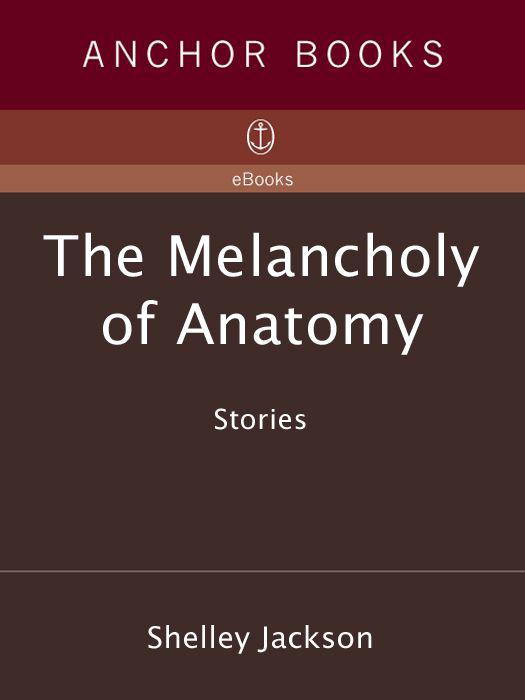 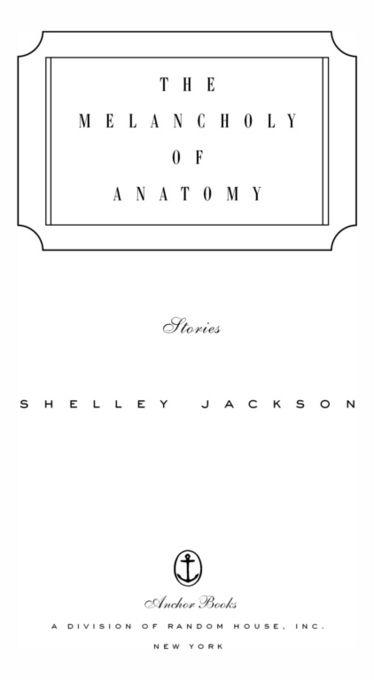 All rights reserved under International and Pan-American Copyright Conventions. Published in the United States by Anchor Books, a division of Random House, Inc., New York, and simultaneously in Canada by Random House of Canada Limited, Toronto.

There are hearts bigger than planets: black hearts that absorb light, hope, and dust particles, that eat comets and space probes. Motionless, sullen dirigibles, they hang in the empty space between galaxies. We can’t see them, but we know they’re there, fattening.

They give off a kind of light, but it is a backwards light that races inward away from the onlooker to hide itself from view, so this light, whose color we would so much like to know (maybe it’s a color we haven’t seen before, for which we must sprout new eyes), looks more like darkness than any ordinary darkness, and seems to suck the sight from our eyes, and make itself visible in the form of a blind spot.

Dark hearts, heavier than weight itself. Too heavy for reality to bear, they punch a hole in it, and sink through into the dream underneath. They throb dully at the bottom of a gravity well. We might sit by the side and drop a line, if we knew what kind of bait to use, but if we hooked the heart, could we lift it? And if the melancholy behemoth sounded of its own accord,
bothered by our flies and sinkers, and we netted it, wouldn’t it collapse on the deck, exhausted by its own gravity?

No, it is unkind to wrest these hearts out of hiding. Toss pennies in the hole, instead. Dump a martini off the poop of the spaceship, blow a kiss through a porthole and clear off, friend.

The heart warps everything around it. Where nothing is, emptiness itself is twisted, its features distorted beyond all recognition. This is why people rail against the heart. It is bad enough to change everything that is, but when nothingness itself is altered, something must be done.

If we hold ourselves still, at the moment the year turns over, we can feel a faint beat. That is the black heart continuing its patient, serious work. What work? I am trying to find out. I have given my life to observing the hearts. Observing, of course, is the wrong word for the patient cultivation of blind spots, for trying to understand, by the ways in which, yes, I do
not
understand, what the heart is. In this investigation, invisibility is evidence, blindness the closest I may come to insight, the particular shape and tenor of ignorance, a clue and a scripture. When I can no longer see anything, I will know I am face to faceless with the heart. What, I sit at my telescope, straining my neck, my fingers numb claws, in hopes of catching sight of nothing at all? Yes. I will know it when I don’t see it.

Is it right to call by the same name the tiny, ruby red “hearts” children dig up in the garden? Those rubbery knots, the size of crab apples, that bounce so high but so erratically, shoot off in unexpected directions, are forever being fished from under sofas and on top of bookshelves? That let out a squeak when rubbed? It’s true that as they roll through the strict formations—parallel lines, rings, spirals—of children’s
games they sometimes resemble gay little planets, comets, and asteroids. But where is the pity, the mystery in these toys?

I do know of a rare game played in certain valleys in the Appalachians (its reach is tied to the vicissitudes of one or two family lines) in which one piece is chosen by lot as the Black Heart and plays a different role in the game than the others. As in other games, you must win as many hearts as you can. You must not take the Black Heart, however, or all the points you have won count against you. If you capture it by accident, you must try to force someone else to take it from you.

There is one other strategy. If, at the end of the game, you have lost all your hearts, including your shooter, and hold only the Black Heart in your pot, you collect all the hearts everyone else has won. A dangerous way to win, to seek a perfect loss. I have come to look on this game as a parable, in which all the secrets of the Black Heart are revealed. 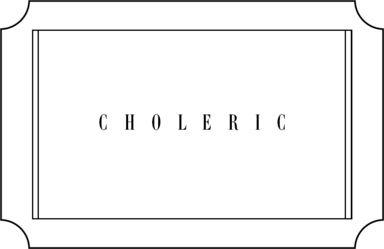 My name is Imogen. I am thirty-six. I live in a pretty, disintegrating apartment on the Mission/Castro divide with my roommate, Cass, with whom I have, as they say, “a history.” I work in an upscale organic grocery store, where I restock toothpaste, candles, hand-carved wooden foot-rollers. I use Crest and buy candles cheap at Walgreens, but I like to look at the jewellike soap we sell, and the girls who finger it while gazing somewhere else entirely, as if waiting for a sign. I rarely speak to them. I’m not like them: they are sincere, optimistic, gentle. Sometimes they flirt with me, their open faces radiant and slightly spotty, their new piercings inflamed, but I have little will to carry things further. I have been “between” girlfriends for two years. I have my pride, and my disappointments. I’m not giving these details because I think they are interesting, but in order to mortify my own urge to simplify, to invent answers and then “find” them—like plucking an Easter egg out of the bush where I myself hid it an hour before.

An Easter egg, how droll.

Nothing is more ordinary than the egg: its likeness appears in the painted hands of kings and saints, under the paws of stone lions, bouncing across ballfields. Yet nothing is more mysterious. People used to believe the toad lived far underground, encased in rock, and that inside the toad’s head was a lump of gold. That gold is the egg: locked, rumored, precious.

I now look upon the day the egg arrived as the most unfortunate of my life. I did not see it this way at the time; then, the egg seemed like the culmination of a long, confused, but fairly steady progress, which required only that punctuation to make sense. Like everyone I knew, I had always thought I would do something more important later on. Now later on had come. How stupid I was!

Had I been happy before then? I would scarcely have said so. I was restless and often embittered by this or that nuisance of my everyday life—my coworker Marty, the meter maid with a grudge against me, the band (Joss Stick) that practiced in the apartment beneath me, afternoons.

Yet I think I
was
happy. The world seemed open at the edges, fenceless. I smiled, I complained, I ate a veggie burger, I was more or less what I seemed to be, and now I suspect this was happiness.

Then the egg was lowered in front of me, like bait.

The egg eats. At least, it swallows things. You can watch them being expelled later. At first they are just shadows. Then they
have color as well, and can be felt through the wall of the egg, like new teeth. Finally, only a tight skin like a balloon’s covers the object, now perfectly visible. This splits and curls back, and the object falls outside the egg.

These discards do not seem damaged, but they are. They are different afterwards, like food laid out for fairies: it’s still there in the morning, but no good to anyone. Berries are blanched, butter will not melt, fresh-baked bread has no smell.

It was hot and the sidewalks were shifting nervously. I lay on my bed with the window open and a washcloth over my eyes; it was the first day of a long weekend, and I was spending it with a migraine. Cass was driving up to the Russian River. Until the last minute I had meant to go with her, but by then I could scarcely move my eyes and I gave up. All the incomplete and damaged ventures of my life came to mind one after another. The poem cycle I would never finish. A friend in Boulder I was supposed to visit two years ago, and never called when I changed my plans. Learning to play the guitar. That girl I flirted with at Joanie’s party, with the stupid name: Fury. I hid behind the natural sponges when she turned up at the store, but she saw me. That was the pattern: a moment of genuine interest, then a long, embarrassed retreat.

Finally I masturbated. Then I fell asleep with my fingers still stiffly crooked inside my underwear and my head thrust back into the pillow as if someone had just punched me in the face.

I woke up sweating, with the feeling I had just quit a dream of effortless energy, purpose, and interest—much more engaging than my real life. I kicked the covers off and fell back asleep. When I woke again I was damp and cold but my headache was better. It was raining.

My washcloth was a hot, wet mass under my right shoulder. I dug it out and scrubbed my face with it. My left eye was itching. In the bathroom, leaning into the mirror, the sink’s edge cold against my stomach, I spread my eyelids to bare the eyeball and the lids’ scarlet inpockets. I spotted the irritant, a red dot smaller than a pinhead, lodged under my lower lid near the tear duct.

I touched a twist of toilet paper to it, and the dot came away on the tip. I didn’t know it was an egg. I thought it was something to do with my migraine—now that I had passed the object, the pain was gone. I was so grateful!

Black Metal: The Orc Wars by Argo, Sean-Michael
A Day in the Life by Jade Jones
A Quiet Revolution by Leila Ahmed
Dead Things by Stephen Blackmoore
The Two and the Proud by Heather Long
The Bringer by Samantha Towle
The Bachelor Auction (The Bachelors of Arizona Book 1) by Rachel Van Dyken
Bill, The Galactic Hero 6 - on the Planet Of The Hippies From Hell by Harrison, Harry
To Win His Wayward Wife by Gordon, Rose
Stone in a Landslide by Maria Barbal