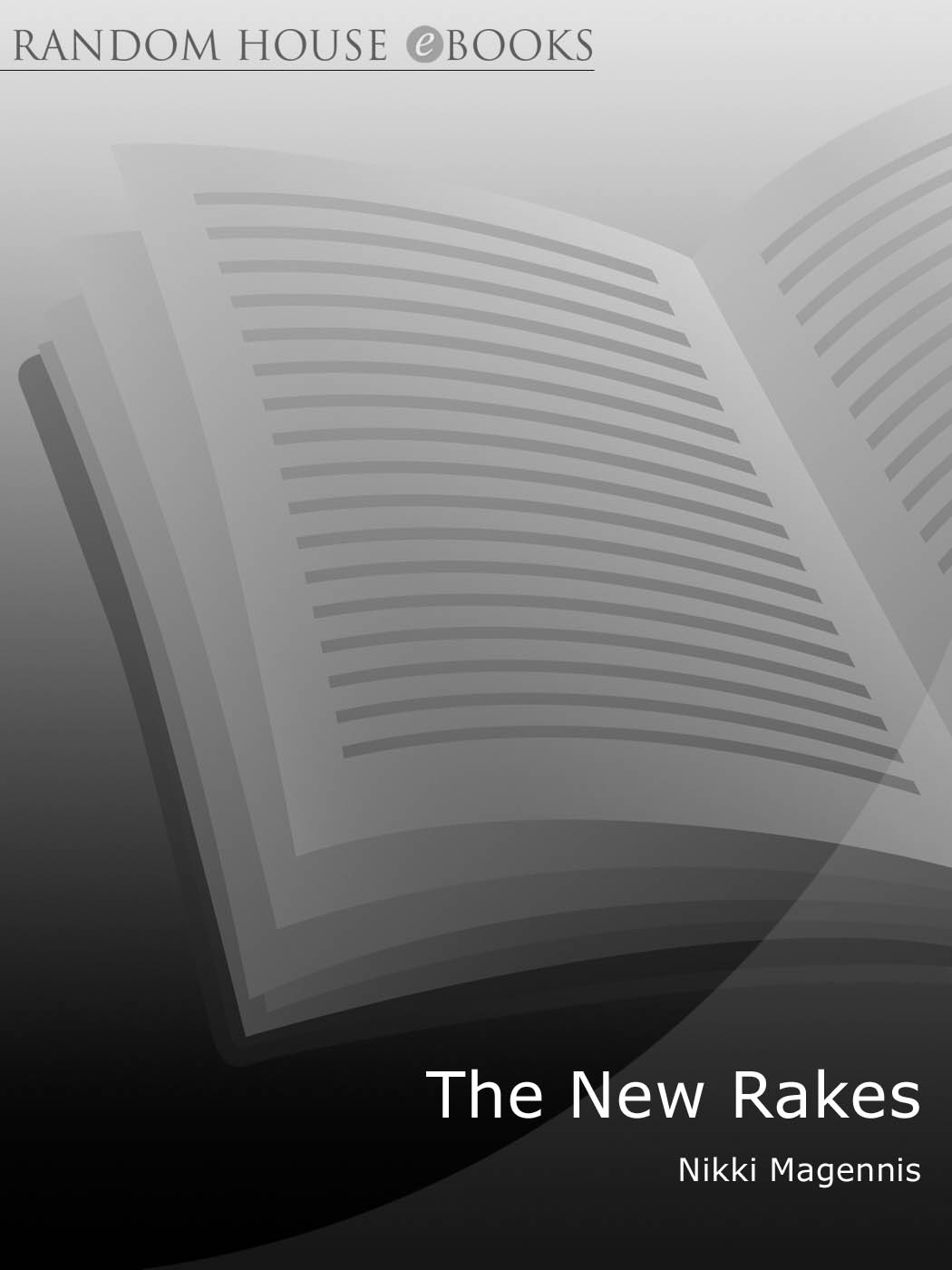 Fuelled by Kara’s sexy performances, The New Rakes are poised for rock & roll stardom. And when Mike Greene, the charismatic head of a record company, offers The New Rakes a deal, it seems their dreams are about to come true. But Kara and Mike have history and this time he wants more than a professional relationship. Already in the thick of a love-hate affair with her guitarist Tam, Kara enjoys tempestuous relations with both men until they threaten to spoil everything. Tangled in a web of sex, power and deceit, she finally has to choose between the limelight and true love.

THIS WAS THE
moment she loved most of all. When her skin was sticky with sweat and the atmosphere sparked with tension – when the whole audience was fixed on her, waiting for her next move.

Kara kicked at the speaker in front of her, scuffing the black surface with the toe of her kitten-heeled shoe. There were whoops, a couple of whistles. In the black mass of the club, eyes and teeth glinted, people watched. They wanted her to get on with it. Behind her, she knew the band was waiting too. Tam restlessly strummed the E string on his guitar, a little nervous, a little agitated.

Good, she thought. She liked to draw the moment out. Silently she paced across the front of the stage, ignoring everyone. The click of her heels sounded hard in the tight hush of the packed room, like a metronome marking out time. Kara stood still, closed her eyes and swayed her hips from side to side. She felt the roughness in her throat, the beat of blood in her veins. She felt, too, the slick of wetness in her knickers – her body oiled and aroused like it always was when she performed. The next song was the one she loved the best, the one she needed to really feel in her bones before she could sing it.

‘Turn on Me’. It was a song about fucking and jealousy and getting turned on even when you were angry. About bodies thrashing against each other, locked in passionate battle.

She looked into the dark of the auditorium. Dust motes danced in the beams from the stage lights – white floods whose
heat
she could feel on her bare arms. Then Jon started playing a looped sample – a buzzing electric bass line. It made her teeth rattle, gave her dark shocks every time she heard it. The audience picked up on it instantly and the cries started up again, building this time, gathering speed.

Kara smiled, wrapped the mike cord around her arm and lifted the silver head to her mouth.

‘This one’s for Tam,’ she said, her voice low and hoarse.

And then they were moving. The music swelled, the stage lights became a dazzling white halo and Kara was immersed in sound with reverb clanging in her ears.

She sang, letting her voice wash over the crowd like a velvet tide. This is where she felt most alive, up on stage exposing herself, shameless and breathtaking. Tam played a bone-shaking bass note, Ruby thrashed hell out of the drums and Kara held onto the moment. No matter that they played loud – her voice rose above it all. The critics called it her gin-and-tonic voice, sweet with a twist.

Singing made her high; she’d be out of breath and dizzy afterwards and her throat would rasp for two days. But it also made her horny. Kara sang with her whole body, closing her eyes and running a hand over herself, her fingers snagging in the slashed holes in her T-shirt and tripping over her bare midriff, digging under the waistband of her skirt and tugging it down. There were shouts from the crowd as she lost herself in the thrill of exposure, showing them the swell of her belly and the shaved, pale swell of her pubis. God knows what stopped her from stripping and playing with herself. She was close enough to it.

Just as she was squirming around and wishing for something to rub up against, Tam drifted up behind her. He leaned in to her back, pushed his shoulder against hers. His fingers strumming out chords on the fret board didn’t falter, as though
he’d
already rehearsed this movement and knew exactly how Kara would respond.

She unrolled her spine against him, felt the neck of his guitar dig into her hip and the muscles in his wrist tensing against her side as he plucked a few fat, dark notes from the bass. Kara turned and clung to him, sticking her neck in the crook of his shoulder.

The lyrics were for him, he knew that.

‘
In the morning we’re going to scream blue murder
.’

Her voice rasped as she sang, half to Tam and half to the audience. She could smell the mix of sweat and spiced aftershave at Tam’s neck, feel the music vibrating through his bones as they stood crushed against each other, playing together, performing for each other as well as the crowd.

When Jon picked up the middle eight on the keyboard Kara pressed herself closer to Tam, letting the tips of her braless breasts brush against his arm. Nobody but her would have noticed the slight stumble as he played – one missed note, nothing more. It was enough for Kara. She gave him a little nip – just a small bite on the exposed skin of his neck as the piano break came to an end – and smiled as he flinched, spinning round to swear at her.

‘Fuck,’ he spat, murmuring low so the mike wouldn’t pick it up.

Still perfectly in time, she winked at him and turned back to the crowd to belt out the chorus, feeling the tingle in her nipples as they stuck out proud and stiff under her T-shirt. Perhaps the fabric was damp from her sweat, or Tam’s, and that’s why the crowd surged forwards, hands reaching up
towards
her. Maybe they were just feeling the music. Kara didn’t care. She liked the attention either way.

The rest of the band would tease her about it afterwards, but she knew their eyes were fixed on her when she danced, just as bewitched as the audience. And they certainly didn’t complain about the crowds that had started to appear when The New Rakes played, ever since Kara had reinvented herself as Lady Lick and started practically frigging herself onstage.

The New Rakes had been causing a stir in the past few months. At first people had come to see if it was true that the front girl got off in front of everyone while they played. But when they came, they got into the music as much as the show, the dirty electro stuff with the sugar-sweet melodies.

Because nobody could deny it was good. Lately, they’d been selling out every gig. The bigger the audience, the wilder Kara got. She could feel them watching her, knew they appreciated a glimpse of her tits under the see-through T-shirt. And the others made a pretty sexy backdrop. Tam, with his cheekbones and his scowl, just standing there hanging onto his Rickenbacker and jutting out his hips. He was a rock-star wet dream in the making. A couple of student girls hung as close to the stage as they dared, staring at him intently through kohl-rimmed eyes.

Jon, too, had his admirers. With his doe eyes and his long delicate fingers, he attracted the sensitive types – male and female. They might have known he was Ruby’s boyfriend, but it didn’t put them off. Probably encouraged them – even stuck behind the drum kit, little black-haired Ruby got her share of attention. Raucous whistles when she did her solo, and a string of guys buying her drinks after each gig.

Sex fuelled their performances. While The New Rakes played,
Kara
could feel the tension zinging about the stage, brimming under the surface of every song and driving it forwards.

After a show the band would be bathed in an aura of longing. Sweat soaked and exhausted, they’d still be high from adrenaline, ready for drinking and fucking their way through the night. The after-parties were almost as much fun as the gigs, nights leaching into days full of wildness and electric moments – everything loud and urgent and reckless and accompanied by a soundtrack of Kara’s own devising. When she thought about it, Kara felt as though she were caught on the crest of a wave that was gathering energy and threatening to crash in glorious slow motion at any minute. She felt unstoppable. With the band behind her, anything was possible.

At the back of the club, Mike Greene sat on a barstool and watched. His shirt was undone at the neck, partly to cool himself from the fetid air of the club and partly to look less like a middle-aged guy at a gig where everyone else was under twenty-five. It didn’t matter any more, though, because now he was watching Kara and the only thing he could think of was sinking his cock into her sweet, open red mouth.

He hadn’t intended to stay long. Just long enough to satisfy his curiosity, to see what had become of his most difficult student since she’d dropped out of music lessons. As he watched Kara writhe and pout on stage, he couldn’t help but admit she would have been wasted slogging away at the piano, learning her classical composers by painful repetition. This was her natural habitat, this dark and electric world.

He took a swig of his drink and let the glass dangle from his hand. He wondered where her wild sexual energy had come from. In lessons, she’d always been taciturn and slightly moody, a goth girl in too much eyeliner who hunched on his piano stool and stared back at him through a badly cut fringe. Up on
stage
she was a different story. A dazzling creature that he couldn’t take his eyes off. She was, he realised, a woman that he’d give almost anything to fuck.

He looked at his watch. Lina would be waiting for him at the party, he was missing a glorious opportunity to schmooze, and his car was parked in a dodgy alleyway round the corner. There were a thousand good reasons not to stay.

And then, onstage, Kara turned to lock her eyes on his. Something flared in her expression, a shock of surprise as she recognised him. Mike held her gaze. His cock was half hard, stretching upwards and pressing against the front of his trousers as he watched the sheen of sweat on Kara’s neck and imagined licking it from her skin, tasting the sweet salt of her. She was biting her lip as the guitarist on her left played a solo, marking time with a bump of her hip. And staring straight at her old teacher like she knew exactly what he was thinking.

When she came offstage, Kara’s voice was hoarse, her ears were ringing and sweat stung her eyes. Adrenaline was fizzing in her veins, and the others were full of it too. Under the harsh strip lights of the backstage corridors everything seemed slightly unreal. Kara looked at Tam – his eyes wired, a tiger’s grin plastered on his face and his hair drenched with sweat – and knew she had the same dazzled, half-crazed look.

The dressing room – a glorified store cupboard with smoke-stained walls and a battered old sofa along one wall – was quiet, but the music still pounded in Kara’s ears, ringing and echoing and making her itch to keep moving.