Read The NYPD Tapes: A Shocking Story of Cops, Cover-ups, and Courage Online

The NYPD Tapes: A Shocking Story of Cops, Cover-ups, and Courage 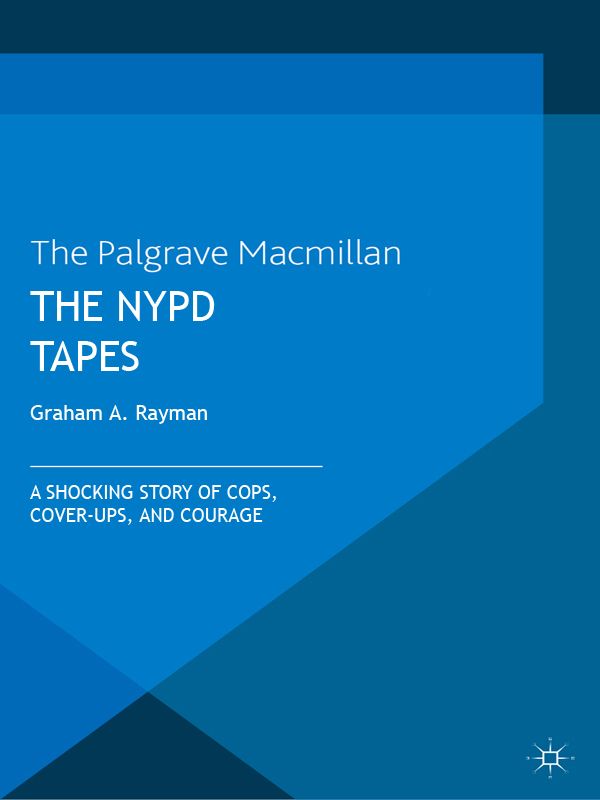 A SHOCKING STORY OF COPS, COVER-UPS, AND COURAGE

Where this book is distributed in the UK, Europe, and the rest of the world, this is by Palgrave Macmillan, a division of Macmillan Publishers Limited, registered in England, company number 785998, of Houndmills, Basingstoke, Hampshire RG21 6XS.

Palgrave Macmillan is the global academic imprint of the above companies and has companies and representatives throughout the world.

Palgrave
®
and Macmillan
®
are registered trademarks in the United States, the United Kingdom, Europe, and other countries.

The NYPD tapes / by Graham A. Rayman.

A catalogue record of the book is available from the British Library.

For my boys, William and Nicholas

“I Will Faithfully Discharge the Duties”

“The Profit I Wanted to Deliver”

Bed-Stuy: Do or Die

“You Gotta Pay the Rent”

The Lengths People Will Go

A Game of Cat and Mouse

“We’re Not Going to Settle”

Smoking Guns and “Ham and Eggers”

In telling the complex story of Adrian Schoolcraft and the NYPD, relationships built up over many years were a constant blessing, and so many people need to be thanked for the realization of this project.

In particular, I am indebted to the brilliant, always competitive, but also close-knit fraternity of law enforcement reporters here in New York City. Leonard Levitt and Sean Gardiner, among them, have been great friends and counselors. Tom Robbins, columnist and author, was always right there with sterling advice and wry commentary. Brooklyn College professor Paul Moses, my former editor at Newsday, gave me a great gift in making a key recommendation that started the ball rolling. I owe special thanks to Abby Wasserman, who took a fine-tooth comb to the manuscript, and my agent, Jason Allen Ashlock, whose sheer perseverance and steady faith got the project off the ground. Thanks to the roof-climbing photographer C. S. Muncy, and my patient, understanding editor, Laura Lancaster, and everyone at Palgrave. I also want to thank folks at the Village Voice, former and current, who supported an intricate story that evolved over three years. Finally, I cannot name some sources for obvious reasons, but I want to send thanks to them as well, including my friend from Staten Island, the boss, the country gentleman, the retired sergeant, and others in the great NYPD diaspora, and the lawyers from all sides who found themselves caught up in this fascinating case.

Police Officer Adrian Schoolcraft, from Texas, who joined the NYPD in 2002

POLICE OFFICIALS (IN ORDER OF SENIORITY)

The right of the people to be secure in their persons, houses, papers, and effects, against unreasonable searches and seizures, shall not be violated, and no Warrants shall issue, but upon probable cause, supported by Oath or affirmation, and particularly describing the place to be searched, and the persons or things to be seized.

A
drian Schoolcraft’s babysitter, a lieutenant, leered at him and said, “I bet you wish now you had come back to the 8-1 like you were told.”

Schoolcraft ignored the remark. He sighed and slumped backward on his gurney in the hallway outside the emergency room in Jamaica Hospital, Queens, New York. He stared at the incessantly humming fluorescent lights, at the concrete block walls slapped with some vague sort of beige paint, at the sign over the nurses’ station that read, “We are here to help you.”

He sniffed at air that smelled of floors cleaned too many times with heavy chemicals. He pulled halfheartedly at the handcuff on his right wrist and listened to the metallic clink and rasp along the steel railing. He self-consciously
tugged at the backless hospital gown the sergeants had made him don in the broom closet. He listened to a woman force herself to vomit again, to a guy who smelled like feces mumbling to himself in the corner. He wondered whether it was day or night. It still felt dark outside.

He reflected on the events of the past month: How his bosses at the 81st Precinct in Bed-Stuy put the black spot on him and stuck him with desk duty. The calls from Internal Affairs. The messages they left for him in the station house. The looks and sideways comments. The journey into Brooklyn to sit with the investigators for three hours. All his documents painstakingly assembled. Their earnest promises that his identity would stay a secret.

And then, that morning, all those hours ago—a whole career ago, it seemed—the lieutenant snatching his memo book and doing god knows what with it in the records room for two hours. His dad telling him to get out of there, him going home on a flimsy excuse; the dreamless nap, and hours later, looking out his window, the street lit up like Christmas Eve with NYPD rovers, red and blue flickering off the trees, the lamp posts, the houses, hearing them on the stairs, an army of white shirts crowding into his apartment, the key turning in the lock, the chief on his bed, arguing with him. Schoolcraft asking, “What is this, Russia?” Being thrown to the ground and rear-cuffed like any skell caught holding a deck while someone stood on his legs, and the chief stuck a boot on his head. The cops finding one of his digital recorders and saying something like, “He’s playing some kind of game.”

And then the dark ride down the Van Wyck to the ER where the nurses looked at him like he was Hannibal Lecter.

Lying there on his gurney, he looked fruitlessly for a clock. He needed to use the phone to check in with his dad, who had been calling investigative agencies to try to get some attention for his son. Later Adrian said he expected that at any moment someone would come through the door and order his immediate release. He felt watchful, expectant, his mind keeping him awake. His back and neck ached from his “arrest.”

Noting then that the sergeant had dozed off in his chair, Schoolcraft extended one bare leg to the floor and quietly, carefully, pushed the gurney along the linoleum toward a pay phone on one wall close to the nurses’ station.

The distance was only about 20 feet, but Schoolcraft felt that at any moment someone would come along and grab the gurney and pull it back to where it had been parked for the night. He made it to the phone, though, and dialed his father collect.

A few minutes into the conversation, he noticed that the nurses were suddenly giving him more attention than he thought necessary. He told his dad they needed to hurry. Basically, there was no news. No one was interested in the bizarre events of the evening, not Internal Affairs, not the FBI, not the local prosecutor’s office. Worse yet, neither the NYPD nor the hospital were telling him anything about where this thing was headed.