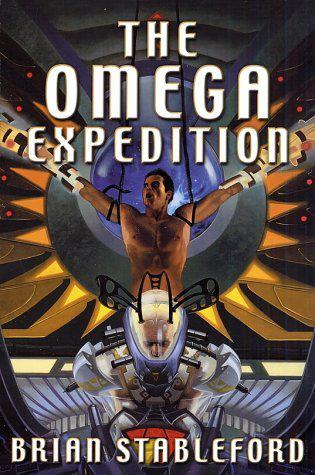 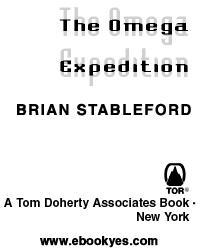 This is a work of fiction. All the characters and events portrayed in this novel are either fictitious or are used fictitiously.

Tor® is a registered trademark of Tom Doherty Associates, LLC.

For Jane, and all who fully appreciate
the bittersweetness of transience

Part One
When I Woke Up

One
My Name and Nature

Five
The Staff of Life

Six
Welcome to the Future

Ten
Alchemy and the Afterlife

Eleven
The Politics of Temptation

Twelve
The Temptations of Paranoia

Fourteen
The Garden of Excelsior

Fifteen
The Ship from Earth

Sixteen
The Men from Earth

Twenty
Invaders from Beyond

Thirty-Three
The Symbolism of Names

Part Three
Babes in the Wilderness

Thirty-Six
In the Forest of Confusion

Thirty-Eight
Of Mirrors and Fragments

Thirty-Nine
Of Moths and Flames

Forty-Two
Inside the Cabal

Forty-Four
Adam and the Angels

Forty-Seven
A Matter of Life and Death

Forty-Eight
There but for Fortune

Fifty
Madoc Tamlin’s Apology for the Children of Humankind

Fifty-One
The End of the World

Fifty-Six
The Nick of Time

A shorter and substantially different version of the narrative framing the text of this novel was published as “And He Not Busy Being Born…” in
Interzone
16 (1986) and was reprinted in
Sexual Chemistry: Sardonic Tales of the Genetic Revolution
(Simon & Schuster UK, 1991). That story — the first of many recapitulating and recomplicating the future history sketched out in
The Third Millennium: A History of the World, A.D. 2000–3000
(Sidgwick & Jackson, 1985; written in collaboration with David Langford) — was the foundation-stone of the series of novels whose sixth and final volume this is, and of the larger enterprise of which that series is a part. I am grateful to David Pringle for its first publication, to various editors who have reprinted it, including Robyn Sisman, Sylvie Denis and James Gunn, and to Damien Broderick for his complimentary remarks on its composition.

I should also like to thank Jane Stableford, my first and best audience; Al Silverstein, for taking an interest; David Hartwell, for seeing the series through to its end; Ian Braid-wood and Nick Gevers, for their altruistic attempts to promote the series; Bill Russell, for his constant support and enthusiasm; and Wolf von Witting, who will approve of the ending for all the wrong reasons.

This novel is the final volume in a loosely knit series of six. The other five are all more or less independent, each one carefully constructed as a literary island entire in itself, but this one is different. In order to bring the project to a satisfactory conclusion the major narrative threads running through the series had to be gathered together and integrated into some kind of whole. For that reason, this volume is readable as a direct sequel to any one of four earlier volumes (because it carries forward the stories of characters featured in each of them) and forms a parenthetical pair in association with the other. The purpose of this introduction is to make adequate provision for readers who have not read all — or any — of the earlier volumes in the series, and to enable those who have to refresh their memories.

Volume one of the series,
The Cassandra Complex
, is set in the year 2041. It tells the story of the belated public revelation of an accidental discovery made by a biologist named Morgan Miller while conducting experiments in the genetic engineering of mice. Miller’s discovery had allowed him to produce a number of mice whose life spans were much greater than those of mice produced by natural selection. Although he had some reason to suppose that a similar genetic transformation might have a similar effect in humans, the process had certain awkward limitations which discouraged him from reporting his findings, even to his closest friends, while he searched for a means to overcome them.

Having grown old without ever solving the problems associated with his life-extending process, Miller had begun to investigate the possibility of handing his results over to an institution capable of carrying on his work. Unfortunately, an imperfect rumor of his long-kept secret had already leaked out, and this move provoked precipitate action by people intent on claiming the rewards of the research for themselves. (I am being deliberately vague here because the novel is framed as a mystery, and I do not want to spoil it for any reader who may want to go on to read it.)

Bride of the Rat God by Hambly, Barbara
Comes a Stranger by E.R. Punshon
Who Really Killed Kennedy?: 50 Years Later: Stunning New Revelations About the JFK Assassination by Corsi, Jerome
LadyTrayhurnsTransgression by Mary Alice Williamson
Her Every Fantasy by Stephanie Morris
Act V by Ansley Adams
The Adderall Diaries by Stephen Elliott
Con Academy by Joe Schreiber
Runt of the Litter by Sam Crescent
Crazy in Paradise by Brown, Deborah