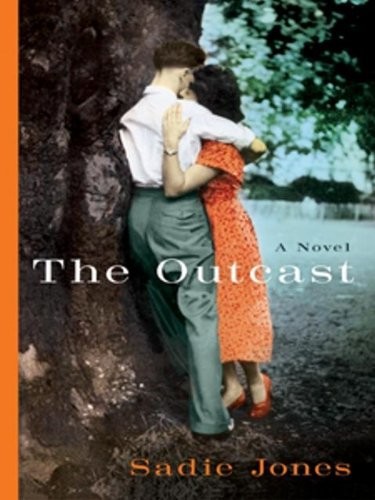 There was nobody there to meet him. He stood in… 1

Gilbert was demobbed in November and Elizabeth took Lewis up… 15

Dicky Carmichael would have liked a double-height hall, as some… 30

Elizabeth’s elder sister, Kate, travelled up from Dorset on

One Thursday afternoon, towards the middle of December,

Gilbert married Alice in March and took her to Scotland… 84

It was windy up on the terrace and the pages… 95

After everybody had left and while the servants were

At the beginning of the Easter holidays Alice met Lewis… 124

The next day Lewis let himself out of the club… 138

Taking his father’s razor like that, and cutting his arm… 145

Alice had her new dress laid out on the bed… 153

Kit arranged her records around the room so that they… 185

Kit lay on her back on the sofa and watched… 196

Alice was in the bathroom and Lewis was on his… 241

Lewis had decided to walk over to the Carmichaels’ and… 259

The feeling of the handcuffs was familiar to Lewis and… 271

Alice waited until she was feeling as strong and as… 280

Kit had stood in her room as Lewis came for… 289

Lewis lay in the branches of an oak tree that… 299

When it was quite dark, the Carmichaels’ house was lit… 312

Lewis slept in the woods by the tree near the… 319

Lewis felt the sun come through the window onto his… 327

Acknowledgements
About the Author Credits

There was nobody there to meet him. He stood in line behind three other men and watched them get their things and sign the papers and walk out, and they all did it just the same way, as if you couldn’t choose how to do a thing like that after all the time you’d been waiting for it. It made the same man out of all of them.

When it came to his turn there were only the clothes he’d been in when he arrived and his wallet and cut-throat razor. They made him sign for them, and for the postal order his father had sent, and he was put to get changed in a side room. His clothes didn’t fit him properly any more; the trousers were an inch too short and the arms of the shirt didn’t cover his wrists. He went back to the desk and put his wallet in his back pocket with the postal order inside it, and the razor in his other pocket, and waited while the doors were all unlocked again to let him through. He didn’t look at the guards, but crossed the yard to the small door in the wall to the side of the big gate.The door was unlocked, and opened, and he stepped out into the

There was no sign of the men who’d gone before him, or of anyone at all. He kept a hold of himself and didn’t feel too much

about it. He had been in a state of waiting, but the waiting wasn’t for his release, it was for his homecoming.Two years is not a long time, but maybe longer from seventeen to nineteen than at other times of your life.

It was the colours that struck him first, the colours and the very bright sunlight. His eye could see far away, down the street to where a small, pale blue car was turning a corner and disappearing.

He looked up and down the street and thought that he could stand there for ever in the clean air and look at the distance, and the bricks in the houses that were different shades of yellow and brown, and the bits of grass between the paving and the way there was nobody there. Then he remembered the prison at his back and wanted to get away from it. Then he thought that it was all he’d known for a long time, and he didn’t want to get away from it, but he stopped himself thinking that and walked down the street, away from the prison and towards where the pale blue car had gone.

Lewis needed to cross the river to Victoria to catch the train home. He had to get to a post office to cash the postal order and he had to get to the station, then he decided he needed to buy something to wear because he felt foolish, and going home would be hard enough without looking stupid as well.

Getting from one place to another and having to speak to people he didn’t know made him feel frightened and more like a convict than he had expected to, and when he got to Victoria he stood across the road from the station, trying to make himself go in.

There was no shade. He had bought two white shirts and a light-grey suit that came with an extra pair of trousers, and

some cigarettes and a pack of cards and a metal lighter with a hot flame. He was wearing one set of clothes and the man in the shop had sold him a cardboard case to put the other things in, and now he put the case down, and took cigarettes from the pocket of his new trousers and lit one with his new lighter and waited to be able to go into the station.

He’d never bought clothes for himself before. It was odd that he could have done the things he’d done and not know how to clothe himself. His father had sent him enough money not to come home, but he hadn’t asked him not to.

Thinking about what he’d done and what his father thought of him wasn’t helping, so he watched the people on the streets instead. The colours were still very bright. There was a lot of blue sky and the trees on the pavements seemed marvellous and the women looked wonderful and he had to stop himself from staring at all of them. He felt the flicker of life inside himself, looking at them, and it was a bright flame and not a dark one and there was promise in the way the women walked and the lightness of them. He tried not to stare and was dazzled and hypnotised by every woman who passed him.Trying not to stare at women, but still looking at them as much as he could was a game, and a good way to stop his head from getting away from him, and made him feel alive again. He wondered if you could get arrested for staring at women for an hour outside Victoria station, and imagined the judge putting him away again the day he got out for picturing them under their clothes, and after a while he was able to cross the street and go into the station and buy his ticket.

journey. The seats were hard, with parts of them worn to a shine. He had gone without thinking to the last second-class carriage towards the front, and sat in a window seat facing the back of the train so he could see the platform pull away from him.

Alice had been dreaming a lot about Lewis, knowing he was coming out, and in her dreams he was always very young and was being taken away, or being lost, and in some of them she was a child too and she wasn’t sure if she was him or herself as a little girl.

She made sure Lewis’s room was ready. She aired it and asked Mary to make up the bed and saw it was dusted and then she closed the door again, but she didn’t know what time they would have let him out and he hadn’t written to say if he was coming. If he didn’t come, she thought, they wouldn’t know where he was.

It was a hot summer and it had become a habit to leave the windows and the French doors to the garden open, and the inside was often as warm as the outside and the carpet felt hot from the sun coming in. Alice went to her room and checked her face and then went down to the kitchen and spoke to Mary about supper. Then she sat in the drawing room by the empty grate and tried to read, not knowing if she was waiting or not.

The platform at Waterford was as empty as the street outside the prison. Lewis walked down the steps from the platform without seeing anyone. The road had trees arching over it and sunlight came through the branches of the trees and dappled the road. Lewis walked with his head down and when he heard a car engine behind, he kept to the side, not looking.

The car passed him. It stopped. He heard it reversing and then it drew level.

He looked into the open-topped car, at the blonde girl driving. It was Tamsin Carmichael and she smiled at him.

He got in next to her.The car was an Austin andTamsin wore short white gloves and a pale summer dress. Lewis didn’t look at her after the first look, but away and out of the car at the country going by.

‘How’s it feel?’ she asked, as if he’d just scored a century in a cricket match.‘You’ve missed absolutely nothing, I can assure you. Caroline Foster got married, but apart from that, do you know, I don’t think a single thing’s happened. Home, is it?’

‘Not exactly what you’d call a detour.’

Tamsin let him out at the end of his drive and drove off, waving a gloved hand, and the sound of her car faded. Lewis didn’t think she knew what it meant to him for her to be nice like that, but then he forgot about her, because his father’s house was ahead of him and he was home.