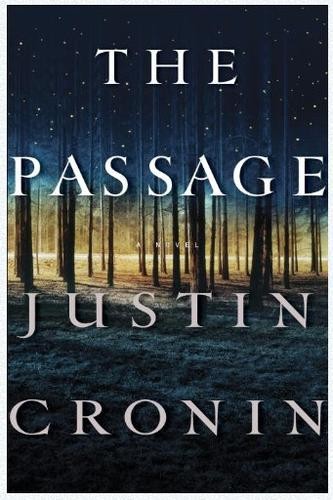 The Summer Guest
Mary and O’Neil

For my children.
No bad dreams
.

Part I -
The Worst Dream in the World

Part II -
The Year of Zero

Part VI -
The Night of Blades and Stars

Part X -
The Angel of the Mountain

When I have seen by Time’s fell hand defac’d
The rich proud cost of outworn buried age;
When sometime lofty towers I see down-raz’d,
And brass eternal slave to mortal rage;
When I have seen the hungry ocean gain
Advantage on the kingdom of the shore,
And the firm soil win of the watery main,
Increasing store with loss, and loss with store;
When I have seen such interchange of state,
Or state itself confounded to decay;
Ruin hath taught me thus to ruminate
That Time will come and take my love away
.

THE
WORST DREAM
IN THE WORLD

The road to death is a long march beset with all evils, and the heart fails little by little at each new terror, the bones rebel at each step, the mind sets up its own bitter resistance and to what end? The barriers sink one by one, and no covering of the eyes shuts out the landscape of disaster, nor the sight of crimes committed there
.

Before she became the Girl from Nowhere—the One Who Walked In, the First and Last and Only, who lived a thousand years—she was just a little girl in Iowa, named Amy. Amy Harper Bellafonte.

The day Amy was born, her mother, Jeanette, was nineteen years old. Jeanette named her baby Amy for her own mother, who’d died when Jeanette was little, and gave her the middle name Harper for Harper Lee, the lady who’d written
To Kill a Mockingbird
, Jeanette’s favorite book—truth be told, the only book she’d made it all the way through in high school. She might have named her Scout, after the little girl in the story, because she wanted her little girl to grow up like that, tough and funny and wise, in a way that she, Jeanette, had never managed to be. But Scout was a name for a boy, and she didn’t want her daughter to have to go around her whole life explaining something like that.

Amy’s father was a man who came in one day to the restaurant where Jeanette had waited tables since she turned sixteen, a diner everyone called the Box, because it looked like one: like a big chrome shoe box sitting off the county road, backed by fields of corn and beans, nothing else around for miles except a self-serve car wash, the kind where you had to put coins into the machine and do all the work yourself. The man, whose name was Bill Reynolds, sold combines and harvesters, big things like that, and he was a sweet talker who told Jeanette as she poured his coffee and then later, again and again, how pretty she was, how he liked her coal-black hair and hazel eyes and slender wrists, said it all in a way that sounded like he meant it, not the way boys in school had, as if the words were just something that needed to get said along the way to her letting them do as they liked. He had a big car, a new Pontiac, with a dashboard that glowed like a spaceship and leather seats creamy as butter. She could have loved that man, she thought, really and truly loved him. But he stayed in town only a few days, and then went on his way. When she told her father what had happened, he said he wanted to go looking for him, make him live up to his responsibilities. But what Jeanette knew and didn’t say was that Bill Reynolds was married, a married man; he had a family in Lincoln, all the way clean over in Nebraska. He’d even showed her the pictures in his wallet of his kids, two little boys in baseball uniforms, Bobby and Billy. So no matter how many times her father asked who the man was that had done this to her, she didn’t say. She didn’t even tell him the man’s name.

And the truth was, she didn’t mind any of it, not really: not the being pregnant, which was easy right until the end, nor the delivery itself, which was bad but fast, nor, especially, having a baby, her little Amy. To tell Jeanette he’d decided to forgive her, her father had done up her brother’s old bedroom as a nursery, carried down the old baby crib from the attic, the one Jeanette herself had slept in, years ago; he’d gone with Jeanette, in the last months before Amy came, to the Walmart to pick out some things she’d need, like pajamas and a little plastic tub and a wind-up mobile to hang over the crib. He’d read a book that said that babies needed things like that, things to look at so their little brains would turn on and begin to work properly. From the start Jeanette always thought of the baby as “her,” because in her heart she wanted a girl, but she knew that wasn’t the sort of thing you should say to anyone, not even to yourself. She’d had a scan at the hospital over in Cedar Falls and asked the woman, a lady in a flowered smock who was running the little plastic paddle over Jeanette’s stomach, if she could tell which it was; but the woman laughed, looking at the pictures on the TV of Jeanette’s baby, sleeping away inside her, and said,
Hon, this baby’s shy. Sometimes you can tell and others you can’t, and this is one of those times
. So Jeanette didn’t know, which she decided was fine with her, and after she and her father had emptied out her brother’s room and taken down his old pennants and posters—Jose Canseco, a music group called Killer Picnic, the Bud Girls—and seen how faded and banged up the walls were, they painted it a color the label on the can called “Dreamtime,” which somehow was both pink and blue at once—good whatever the baby turned out to be. Her father hung a wallpaper border along the edge of the ceiling, a repeating pattern of ducks splashing in a puddle, and cleaned up an old maple rocking chair he’d found at the auction hall, so that when Jeanette brought the baby home, she’d have a place to sit and hold her.

The baby came in summer, the girl she’d wanted and named Amy Harper Bellafonte; there seemed no point in using the name Reynolds, the last name of a man Jeanette guessed she’d never see again and, now that Amy was here, no longer wanted to. And Bellafonte: you couldn’t do better than a name like that. It meant “beautiful fountain,” and that’s what Amy was. Jeanette fed and rocked and changed her, and when Amy cried in the middle of the night because she was wet or hungry or didn’t like the dark, Jeanette stumbled down the hall to her room, no matter what the hour was or how tired she felt from working at the Box, to pick her up and tell her she was there, she would always be there, you cry and I’ll come running, that’s a deal between us, you and me, forever and ever, my little Amy Harper Bellafonte. And she would hold and rock her until dawn began to pale the window shades and she could hear birds singing in the branches of the trees outside.