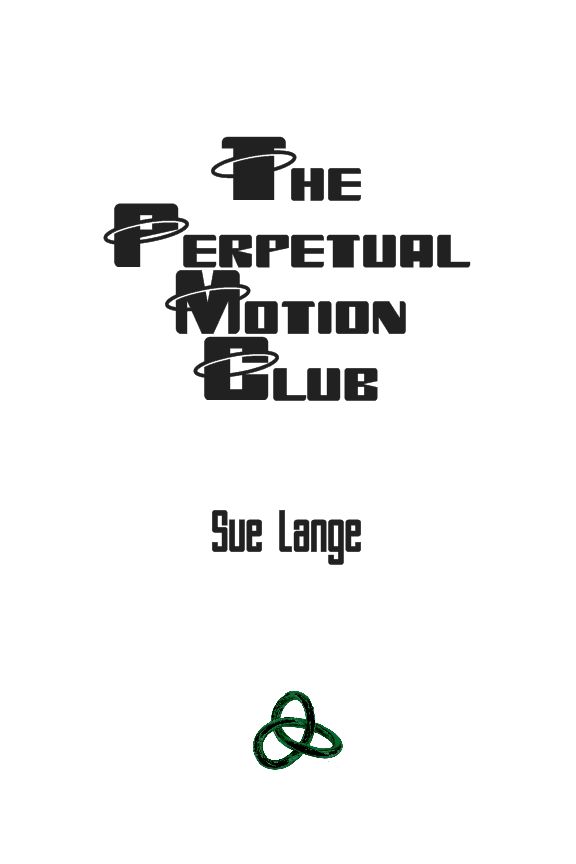 The story included in this publication is a work of fiction. Names, characters, places and incidents are products of the author’s imagination or are used fictitiously. Any resemblance to actual events or locales or persons living or dead is entirely coincidental.

Northawken High, Northawken, PA. Fourth Period: Geometry. Mr. Brown, the teaching associate, has just stepped out for an illegal smoke. As a result, all hell is breaking loose.

Over in the back corner the Martians have landed. Deb Sway is streaming Orson Welles via Mubi on her cellphone.

Five seats in front of her Jed Moonfeather is checking in on his stocks.

Directly to Deb’s right and three students over, Josh Williams is playing DeathHockey with some student in some other class, maybe even some other high school miles away and in a totally different time zone.

Two seats in front of him, Cynthia Nickello is using her desk InterConnect to create a wicked etch-a-sketch of the Tasmanian Devil, complete with cartoon sound effects.

Most of the other students have plugged in an earbud and are downloading a good dose of iHigh, the current digital drug of choice. The earbuds receive the iHigh signal from a local illegal transmission station, and at the same time highjack part of the information the wearer’s subcutaneous RFID chip is sending out. The two signals are mixed and shunted to the inner ear where the hairs vibrate at a higher rate than usual. The vibrations are amplified by the surrounding Pharyngeal apparati, eventually traveling beyond the mandibular bone to where the brain finally picks them up and realizes something is going on. It erroneously thinks the organism (the teenager in Mr. Brown’s fourth period geometry class) is in pain and orders the pituitary gland to send out an increased supply of endorphins to relieve the suffering. Since no suffering other than a slight elevated tingle in the ear hairs is being experienced, the teenager gets a quick high. If the teenager is really radical and brave, he or she is tuned to channel44, the turbocharged version of iHigh that induces hallucinations. People have been known to die while imbibing channel44, so few kids do it. Still, there’s always one who has something to prove and winds up a statistic.

Up in front of the students, the huge, wall-wide Dell Calcuscreen is illustrating the age-old Pythagorean Theorem. It squares the hypotenuse, but hardly anyone is paying attention.

Just like any regulation maelstrom, a pool of calm exists in the center of the classroom. As the rest of the room quickly spins out of control, there in the eye of the storm, Justin Blaine, May Sedley, and Elsa Webb embark on a more subdued drama.

Half-way to the back, Elsa sits in rapt attention to the Calcuscreen. She taps her teeth with her fingernails as she watches the action up front. Two rows over May, her best friend, attempts to pay attention as well. In between the two, Justin Blaine is sleeping. He snores a tiny snore.

Only May and Elsa hear it. They turn to look at him. May is bored and glad for the entertainment. Elsa, perhaps the only student in school that actually likes geometry, watches but does not comprehend as her mind is still on the hypotenuse up on the screen.

At the very moment Elsa and May turn to look at Justin, Jamie Rector, sitting directly in front of Justin, turns and aims an electronic pulser at Justin’s forehead. He clicks the trigger, shooting just enough high-pressure air to throw the sleeping boy ever so slightly off balance. Justin’s neck muscles catch and overcompensate, pitching his head too fast and too far. He ends up slumping forward with his head at a right angle over his textbook open to the page on triangles. A string of drool soon connects his fleshy lip to the text. A perfect Pythagorean moment.

Because of who she is and how her mind works, Elsa thinks of Newton and his reactive forces.

Watching from Justin’s other side, May is less impressed with the physical forces. She does not care for math or physics and can’t get past the drool. She remarks on that instead of the equal and opposite reaction. “Eew!” she says.

With only a masters degree, Mr. Brown was not a full teacher, only an associate. As such, he was assigned Freshman and Sophomore classes and rarely got to lecture. The pre-loaded lesson plans designed by the Institute of National Teaching Directors headquartered in Boulder, Colorado were the same across the nation precluding the need for creative teaching skills in the classroom. Nice situation if you like to grab an illegal smoke every once in a while, but not so nice if you are also an avid mathematician and prefer to teach the pre-calculus class, which Mr. Brown did prefer. He could do that even without a Ph.D. if his stats were high enough and he inspired his students to excel. The two things Mr. Brown wanted right now more than anything else in the world, even more than another cigarette break, were stats and excellent students.

With that on his mind, he took a look at his out of control classroom and spotted the one student who wasn’t at the moment excelling at anything: Justin Blaine. He experienced an equal and totally different reaction from that of May and Elsa. Picking up a Wipe-rite Brand eraser off the back board, he fired it off Justin’s head. The hit left a rectangular square of red ink leavings in young Blaine’s wiry black coif.

In one synchronized move, buds were pulled from ears, deskConnects slapped off, eTrade shut down, and cellphones snapped shut.

Justin awoke from the hit. He sat up with a loud “No!” and then quietly composed himself with a look around, the drool now clinging to his chin.

The class laughed. Mr. Brown smiled, not so much because of Justin’s predicament, but because of the direct hit with the eraser. He knew nothing inspired students to excel more than an entertaining teacher. He switched off the CalcuScreen with his remote and started for the front of the room.

Elsa noticed Justin’s predicament and signaled him to wipe his chin by brushing at her own. He wasn’t sure at first what she meant, so she repeated the gesture, pinching her eyebrows for emphasis. He understood then and swiped the saliva with the back of his hand and nodded a thanks.

May watched and stifled a laugh with a hand to her lips. The Celtic charms and trinkets on her numerous silver bracelets jangled delicately.

Nobody in the class bothered to tell Justin about the red rectangle on his head, though, leaving him with a mark of perdition like Hester Prynne’s scarlet letter.

Without commenting on the drama he had just created, Mr. Brown took his place in front of the darkened screen. He was a short man with a neatly trimmed pencil mustache and an equally neat hair cut. Neat, except for the unruly tuft at the very crown that refused to submit even after several applications of electrogel.

“I’m cutting today’s lesson short because I’ve got an important announcement to make,” he said. He cleared his throat, preparing for an inspirational speech that was sure to win points with the school board as well as inspire his students to excel. The result would no doubt be a healthy kick in the ass of his stats.

“You all here,” he began, “including, believe it or not, Mr. Blaine, (class laughed, Mr. Brown’s lip ticked upward for an attosecond) are in the college prep track and so will be going on to Algebra 3 next year. And when you become seniors you’ll
attempt
pre-calc. Trigonometry. Trig.”

He raised his eyebrows on the last word, Trig, emphasizing how tricky and important it is.

“In addition to such heavy coursework,” he continued, “you need to join the Science Society. No one will take your pre-college efforts seriously otherwise.”

Several students blinked. May rubbed at the RFID bump just behind her right ear. Elsa yawned.

Mr. Brown stepped forward away from the Calcuscreen and around the McGraw-Hill front table, smiling affably, as if he were here to help make sure their pre-college efforts wouldn’t be mocked by entrance officials around the country.

“Tonight’s meeting is a rare and fortunate event for you here. It’s open to all so you can have a look-see at the Society. After attending this meeting, you’ll consider joining. If you show an
aptitude
, you’ll receive an invitation. Keep in mind the Science Society is an elite group. You can’t just sign up, you must show an
aptitude
and hope to be selected.”

He furrowed his brow. Several students responded to the dark look by shifting in their seats. They wondered about whether or not they had
aptitude
, and how to get it if they didn’t.

Elsa leaned forward around Justin and winked at May. Not only was she the only person in Northawken that actually liked geometry, she was the only student that recalled all the previous dire warnings about the future that they’d been hearing since pre-school. No one else seemed to notice how everything fell into place regardless of what the predictions had said. If May fell behind, Elsa would tutor her up to speed. All that was said in that one wink from Elsa to May.

May’s head rocked back slightly in a stifled harrumph as if to say, “Yeah, sure.” They’d had the argument before. Lots. Just because Elsa had no worries, didn’t mean May didn’t. Elsa pinched her lips in a mock kiss just to tease May more. May ignored her. Mr. Brown continued.

“I realize that most of you will be going on to careers in the coding industry after college. Some of you have already been contacted for sponsorships in that area. Wonderful. Congratulations. Why, then, do you need to join a generalist group like the Science Society? Don’t they discuss dumb things like genetics and psychology? Heh, heh.”

He squared himself, impressing them like a navy recruiter in front of a group of drop outs.

“One good reason. Listing membership in the Science Society on your resume is an advantage in your efforts to gain entrance to the college of your choice.

“Even if you feel you have that spot at Programmers, Inc. sewed up, remember, this isn’t the 2010s where anybody can walk off the street with a YouTube hack and start a multi-million dollar company. Nowadays you need a degree.

“And once you get to college, you’re going to see you have a lot more choices. What if you decide you want to go into Big Pharm, or Big Ag, or Third World engineering? You’re going to need a grounding in biochem and political psychology for that. Stuff that’s not part of Northawken’s regular curriculum.