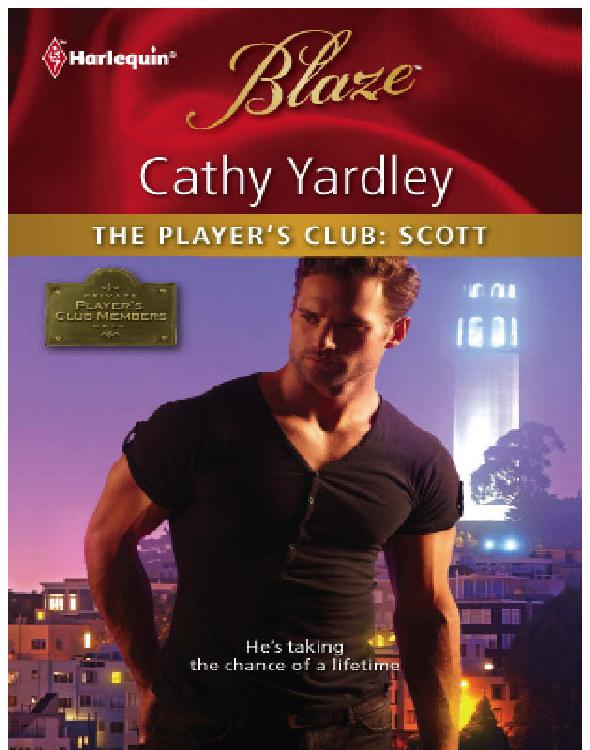 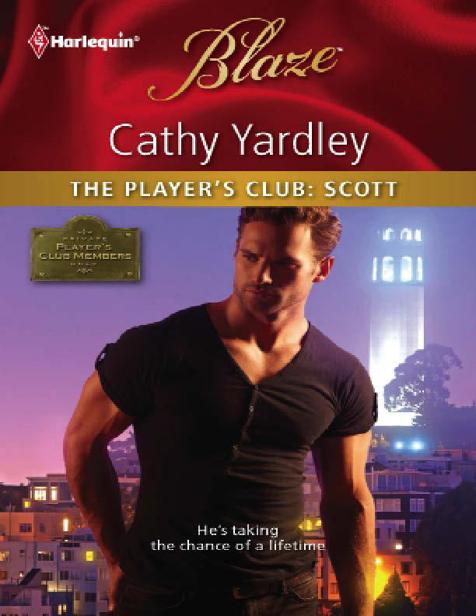 He wants in. So does she.

Scott never mentioned The Player’s Club, but Amanda’s onto him. She’ll keep quiet
and
help him get in...
if
he’ll nominate
her
for membership. It’s a dirty little deal that launches the normally nice neighbors into a world of skydiving, burlesque—and adrenaline-soaked sex that gets better every single time.

Not everyone’s happy about the new recruits, however. And initiation may be a lot tougher than either of them expected...

Now, Amanda felt hot, and hungry, and powerful. Using Scott as part of her burlesque act was like putting a torch to a stick of dynamite. She was ready to explode.

She wanted him. And in her current fierce state, she knew that for once, she was capable of reaching out and taking what she wanted.

She waited until he followed her backstage. People were hanging out everywhere. There were too many dancers in the hallway where she’d changed.

Suddenly, she caught a glimpse of a hallway, with a door marked Employees Only. She tried the handle. It twisted easily, revealing another hallway, leading to a service closet and an empty lounge, with another emergency exit beyond. The lounge and closet were locked. But the hallway…

Scott followed her into the hallway.

“Amanda, you were fantastic,” he said, with that sexy voice of his that caressed her skin like mink.

She didn’t respond, just smiled and reached for him. She grabbed his shirt, pulling him closer. He held her, stroking her bare midriff almost hesitantly. She pressed her breasts against his chest. “You’re mine,” she breathed, and meant it.

Ever sat at work, or in traffic, or just looked out your window and saw something so strange, you were dying to find out what happened?

Ever dream about having a larger-than-life adventure? Written down a “bucket list?”

Well, my hero, Scott Farrell, certainly has. He’s heard rumors about The Player’s Club, a secret society of thrill seekers in San Francisco. When he stumbles on the opportunity to join, he’s determined to do whatever it takes to escape his boring life. But will he sacrifice a chance at love to join the Club?

This is the first book in The Player’s Club trilogy. I loved writing about this secret group dedicated to living life to the fullest, and I hope you enjoy reading it just as much!

People think
Cathy Yardley
was crazy to trade sunny Southern California for the rainy Pacific Northwest. Fortunately, she firmly believes that writing isn’t a job for sane people. Now happily writing in the wilds of Seattle, she loves hearing from readers. To do so, email her at [email protected]

To get the inside scoop on Harlequin Blaze and its talented writers, be sure to check out blazeauthors.com.

All backlist available in ebook. Don’t miss any of our special offers. Write to us at the following address for information on our newest releases.

To the original underground secret society, the long-running Loop That Shall Not Be Named. Where else could I find an Empress
that gives a “fack?” I love you ladies: you inspire me and best of all, you listen. Thanks for being there.

WHAT ARE THEY DOING OUT THERE?

Scott peered into the darkness. It was three o’clock in the morning on a Saturday. Most of his little neighborhood was sleeping.

Scott had been wrestling with insomnia for the past three months, which was how he noticed the strange goings-on at the closed Chinese grocery store across the street. Men had been showing up for the past hour, and disappearing into the alley. The funny thing was, none of them looked like criminals—unless thugs were starting to wear suits and ties.

There was definitely something strange going on.

He craned his neck, trying to get a better view, but the angle from his window didn’t give him a lot of options. He considered going down to the street. But what if they were criminals, and they decided they didn’t want some Good Samaritan type snooping?

No, he needed to observe a little more. From a distance.

Abruptly, he realized the perfect vantage point, and without a moment’s hesitation he left his apartment. Padding out into the hallway in bare feet, he opened the window and climbed out carefully onto the fire escape.

Now, almost the whole street was in clear view.
It’d be better if I were just a little higher,
he thought, then glanced at the fire escape stairs. The metal felt cold under his heels as he climbed up as quietly as he could. It was June, but it was San Francisco—which meant it was brisk, with wisps of fog licking at him. He regretted not throwing a shirt on, wearing only a thin pair of sweatpants.

There were only a few men going into the alley now: stragglers, from the look of it. He barely made out one man ribbing another one as they disappeared into the darkness. He squinted. One of them looked like…was he wearing a tux?

Who
were
these guys?

Scott spun around. There was a woman standing in the open window behind him, wearing a large T-shirt with the slogan Well-behaved Women Rarely Make History. She was also holding a golf club like she meant business, which was at odds with the casual greeting she’d given him.

Scott cleared his throat. “I’ll bet you’re wondering why I’m out here,” he said in a low voice.

Her full lips quirked with amusement. “It did cross my mind.”

“There’s something going on across the street,” he said. “I was awake, and I noticed a bunch of people going into that alley.”

“Really?” She took a step closer, but didn’t let go of the golf club. “I don’t see anybody.”

Oh, great, she thinks I’m a perv, some kind of Peeping Tom.
Scott winced. “I swear, there were a bunch of guys going into that alleyway.”

“Why didn’t you call the police?”

Scott felt embarrassment wash over him. “They didn’t look like criminals,” he answered.

“So you’re saying, basically, that curiosity got you out on my fire escape at three o’clock in the morning?”

“When you put it that way,” Scott said ruefully, “it sounds pretty dumb.”

Scott frowned, taking her in. She was maybe five foot six, with a thin build—her T-shirt billowed around her like a ghost. In the pale moonlight, he could only tell that her hair color was light, the length barely brushing her shoulders. She looked like a kid.

“You know,
you
should have called the police,” he scolded.

Her eyebrows went up, and the golf club went down. “I’m sorry?”

“I outweigh you by, what, sixty pounds?” He sized her up, realizing just how bad the situation could have been, were it anyone but him. “I could have taken that golf club from you. You shouldn’t try to be brave in a situation like this. If a strange guy is on your fire escape, you lock yourself in your bathroom and call the cops.”

“Oh, that’s rich,” she said, her laugh tinkling musically. “I’m being chastised by my potential burglar on personal safety and home security.”

“You didn’t look like a criminal,” she echoed, and she sent him a wide smile. “The golf club was just in case I was mistaken. Should I call the police now? Or would you like to come in? You look a little chilly.”

It
was
pretty cold. And the guys were nowhere to be seen. “Well, under the circumstances…but this really isn’t a good idea, either,” he pointed out as he clumsily clambered in through the window.