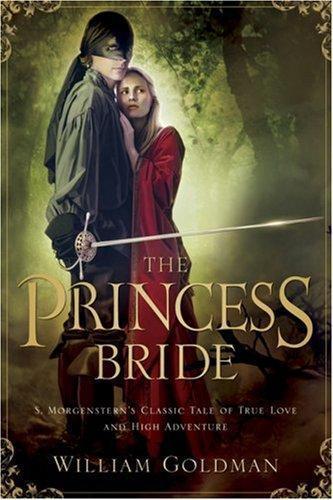 The ‘good parts’ version abridged by 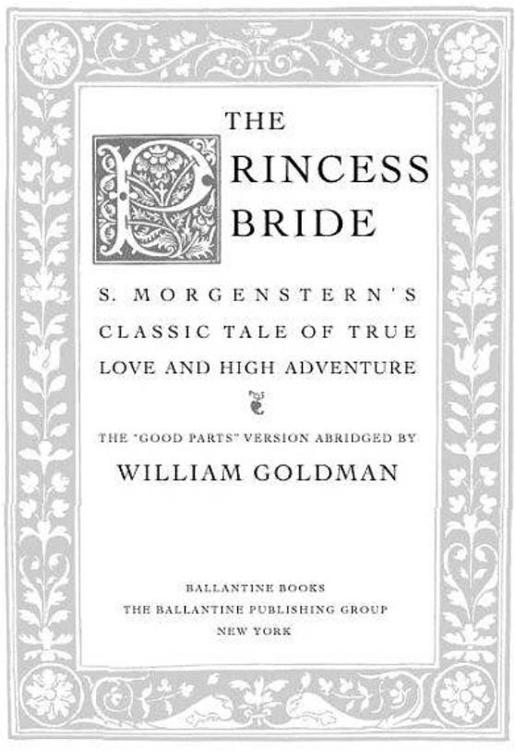 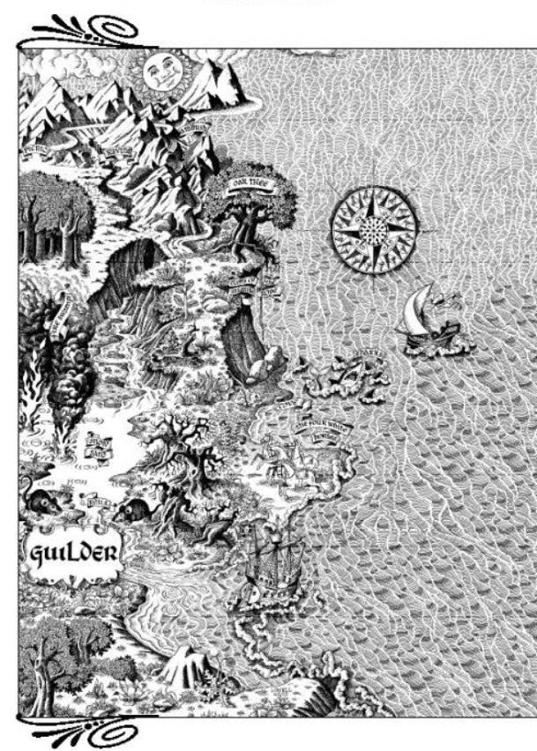 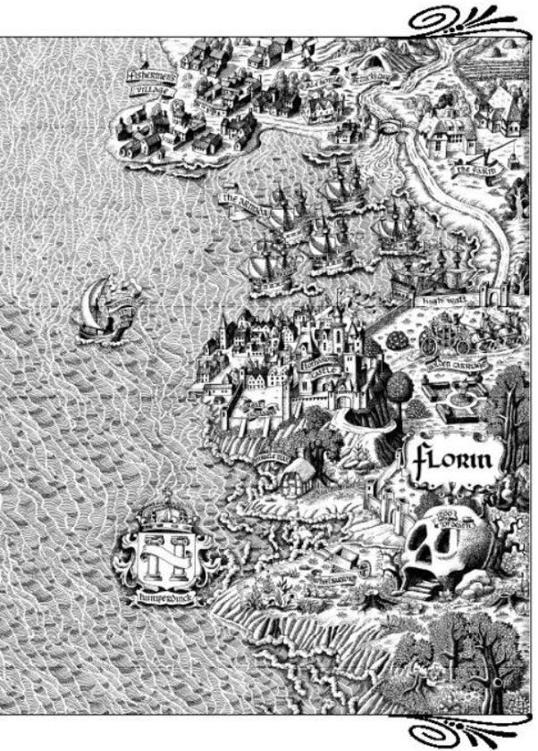 This is my favorite book in all the world, though I have never read it.

How is such a thing possible? I’ll do my best to explain. As a child, I had simply no interest in books. I hated reading, I was very bad at it, and besides, how could you take the time to read when there were games that shrieked for playing? Basketball, baseball, marbles—I could never get enough. I wasn’t even good at them, but give me a football and an empty playground and I could invent last-second triumphs that would bring tears to your eyes. School was torture. Miss Roginski, who was my teacher for the third through fifth grades, would have meeting after meeting with my mother. “I don’t feel Billy is perhaps extending himself quite as much as he might.” Or, “When we test him, Billy does really exceptionally well, considering his class standing.” Or, most often, “I don’t know, Mrs. Goldman; what
are
we going to do about Billy?”

What
are
we going to do about Billy? That was the phrase that haunted me those first ten years. I pretended not to care, but secretly I was petrified. Everyone and everything was passing me by. I had no real friends, no single person who shared an equal interest in all games. I seemed busy, busy, busy, but I suppose, if pressed, I might have admitted that, for all my frenzy, I was very much alone.

“What
are
we going to do about you, Billy?”

“How could you have failed this reading test? I’ve heard you use every word with my own ears.”

“I’m sorry, Miss Roginski. I must not have been thinking.”

I could only nod.

“What was it this time?”

“Was it Stanley Hack again?” (Stan Hack was the Cubs’ third baseman for these and many other years. I saw him play once from a bleacher seat, and even at that distance he had the sweetest smile I had ever seen and to this day I swear he smiled at me several times. I just worshipped him. He could also hit a ton. )

“Bronko Nagurski. He’s a football player. A great football player, and the paper last night said he might come back and play for the Bears again. He retired when I was little but if he came back and I could get someone to take me to a game, I could see him play and maybe if whoever took me also knew him, I could meet him after and maybe if he was hungry, I might let him have a sandwich I might have brought with me. I was trying to figure out what kind of sandwich Bronko Nagurski would like.”

She just sagged at her desk. “You’ve got a wonderful imagination, Billy.”

I don’t know what I said. Probably “thank you” or something.

“I think it’s that probably I need glasses and I don’t read because the words are so fuzzy. That would explain why I’m all the time squinting. Maybe if I went to an eye doctor who could give me glasses I’d be the best reader in class and you wouldn’t have to keep me after school so much.”

She just pointed behind her. “Get to work cleaning the blackboards, Billy.”

“Yes, ma’am.” I was the best at cleaning blackboards.

“Do they look fuzzy?” Miss Roginski said after a while.

“Oh, no, I just made that up.” I never squinted either. But she just seemed so whipped about it. She always did. This had been going on for three grades now.

“I’m just not getting through to you somehow.”

“It’s not your fault, Miss Roginski.” (It wasn’t. I just worshipped her too. She was all dumpy and fat but I used to wish she’d been my mother. I could never make that really come out right, unless she had been married to my father first, and then they’d gotten divorced and my father had married my mother, which was okay, because Miss Roginski had to work, so my father got custody of me—that all made sense. Only they never seemed to know each other, my dad and Miss Roginski. Whenever they’d meet, each year during the Christmas pageant when all the parents came, I’d watch the two of them like crazy, hoping for some kind of secret glimmer or look that could only mean, “Well, how are you, how’s your life been going since our divorce?” but no soap. She wasn’t my mother, she was just my teacher, and I was her own personal and growing disaster area.)

“You’re going to be all right, Billy.”

“I sure hope so, Miss Roginski.”

I was about to ask her who he played for but there was something in her tone that made me know enough not to.

Him I also didn’t know. Or what a late bloomer was either. But boy, did I ever want to be one.

When I was twenty-six, my first novel,
The Temple of Gold,
was published by Alfred A. Knopf. (Which is now part of Random House which is now part of R.C.A. which is just part of what’s wrong with publishing in America today which is not part of this story. ) Anyway, before publication, the publicity people at Knopf were talking to me, trying to figure what they could do to justify their salaries, and they asked who did I want to send advance copies to that might be an opinion maker, and I said I didn’t know anybody like that and they said, “Think, everybody knows somebody,” and so I got all excited because the idea just came to me and I said, “Okay, send a copy to Miss Roginski,” which I figured was logical and terrific because if anybody made my opinions, she did. (She’s all through
Temple of Gold
, by the way, only I called her “Miss Patulski”—even then I was creative. )

“Who?” this publicity lady said.

“This old teacher of mine, you send her a copy and I’ll sign it and maybe write a little—” I was really excited until this publicity guy interrupted with, “We were thinking of someone more on the national scene.”

You remember how I didn’t ask who Churchill played for because of her tone? I must have hit that same tone too just then. Anyway, something must have happened because he right away wrote her name down asking was it
ski
or
sky
.

“With the
i
,” I told him, already hiking through the years, trying to get the inscription fantastic for her. You know, clever and modest and brilliant and perfect, like that.

“Send it to Highland Park Grammar School,” I said, and first what I thought I’d write was “For Miss Roginski, a rose from your late bloomer,” but then I thought that was too conceited, so I decided “For Miss Roginski, a weed from your late bloomer” would be more humble. Too humble, I decided next, and that was it for bright ideas that day. I couldn’t think of anything. Then I thought, What if she doesn’t even remember me? Hundreds of students over the years, why should she? So finally in desperation I put, “For Miss Roginski from William Goldman—Billy you called me and you said I would be a late bloomer and this book is for you and I hope you like it. I was in your class for third, fourth and fifth grades, thank you very much. William Goldman.”

The book came out and got bombed; I stayed in and did the same, adjusting. Not only did it not establish me as the freshest thing since Kit Marlowe, it also didn’t get read by anybody. Not true. It got read by any number of people, all of whom I knew. I think it is safe to say, however, no strangers savored it. It was a grinding experience and I reacted as indicated above. So when Miss Roginski’s note came—late—it got sent to Knopf and they took their time relaying it—I was really ready for a lift.

“Dear Mr. Goldman: Thank you for the book. I have not had time yet to read it, but I am sure it is a fine endeavor. I of course remember you. I remember all my students. Yours sincerely, Antonia Roginski.”

What a crusher. She didn’t remember me at all. I sat there holding the note, rocked. People don’t remember me. Really. It’s not any paranoid thing; I just have this habit of slipping through memories. It doesn’t bother me all that much, except I guess that’s a lie; it does. For some reason, I test very high on forgettability.

So when Miss Roginski sent me that note making her just like everyone else, I was glad she’d never gotten married, I’d never liked her anyway, she’d always been a rotten teacher, and it served her right her first name was Antonia.

“I didn’t mean it,” I said out loud right then. I was alone in my one-room job on Manhattan’s glamorous West Side and talking to myself. “I’m sorry, I’m sorry,” I went on. “You got to believe that, Miss Roginski”

What had happened, of course, was that I’d finally seen the postscript. It was on the back of the thank-you note and what it said was, “Idiot. Not even the immortal S. Morgenstern could feel more parental than I.”

1941. Autumn. I’m a little cranky because my radio won’t get the football games. Northwestern is playing Notre Dame, it starts at one, and by one-thirty I can’t get the game. Music, news, soap operas, everything, but not the biggie. I call for my mother. She comes. I tell her my radio’s busted, I can’t find Northwestern-Notre Dame. She says, you mean the football? Yes yes yes, I say. It’s Friday, she says; I thought they played on Saturday.