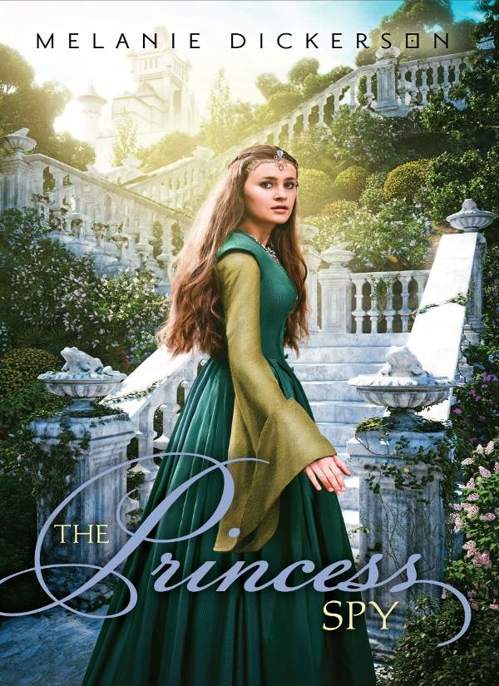 Praise and awards for Melanie Dickerson

“Alternating between the two protagonists’ viewpoints, the plot unfolds at a satisfying clip with zesty supporting characters (the healer, the duke’s younger son), which add intrigue.”

“In her debut, Dickerson spins a magical tale . . . Laced with plenty of romance, action, faith and fantasy, it’s a perfectly romantic and well-told tale.”

“A virtuous romance with characters who fall in love with each other’s inner beauty in spite of outward appearance.”

“True, readers will peg the happy ending at the start, but the progression of Annabel’s honorable love affair will have the rapt attention of Christian-fiction fans.”

“This well-crafted retelling of the Snow White story leaves out magic and potions, substituting instead human emotions, faults and strengths, and romance in the post-medieval setting.”

“Solid storytelling, cleverly woven references to the folktale, and historical detail combine in a novel that is a likely popular choice for girls in search of gentle romance.”

“Without magic dust or musical interludes, Dickerson delivers a wonderful spin on ‘Cinderella’ that is full of engaging, thoughtful characters amid lively medieval pageantry.”

Other books by Melanie Dickerson

Any Internet addresses (websites, blogs, etc.) and telephone numbers in this book are offered as a resource. They are not intended in any way to be or imply an endorsement by Zondervan, nor does Zondervan vouch for the content of these sites and numbers for the life of this book.

All rights reserved. No part of this publication may be reproduced, stored in a retrieval system, or transmitted in any form or by any means — electronic, mechanical, photocopy, recording, or any other — except for brief quotations in printed reviews, without the prior permission of the publisher.

Discussion Questions for the Princess Spy

Colin touched John’s forehead with the back
of his hand. “Burning hot.”

John groaned and looked at him with unfocused, heavy-lidded eyes.

The sun was low in the sky and the air was getting colder. Colin swept off his red cape and placed it around John’s shoulders while they waited for the horses to finish drinking.

If only he could find someone who knew about healing herbs, a healer who could help bring down John’s fever.

After their short rest, John managed to mount his horse and they set out. They had passed Arnsberg almost a day ago, which meant they were yet at least two days from Hagenheim.

“If we come to a village,” Colin said, “we will find lodging and a healer to tend you.”

“John, you cannot. You are too ill. We shall catch up to that murderer sooner or later, but you must get well first.”

John gave him a look but said nothing, his shoulders slumping even lower.

Colin’s heart twisted painfully inside his chest. John would be back home in England, comfortable and enjoying a warm fire. John had tried to talk him out of his wild scheme, reasoning that it was foolish for Colin to leave his family and his country to go running after the man who had murdered Philippa. But the heinous deed had filled Colin with outraged justice. Philippa had been Colin’s sister’s closest friend and had not deserved such a fate. Nor did his sister deserve to have her own sense of safety shattered in such a way.

John had pointed out the obvious: What could Colin do — only one man against an earl and all his knights and fighting men? Colin refused to be deterred, and loyal John had come with him. Perhaps he should have listened to John’s wise counsel.

“I’m sorry I dragged you here.” Colin looked askance at his friend.

“I came of my own accord.” John’s voice was weak and hoarse as he held the reins in his limp hands. “I’d hardly let you go on such a quest without me.”

Just then, they heard horses’ hooves pounding behind them, coming closer. Colin grabbed John’s reins and guided both horses toward the side of the road. He glanced over his shoulder. Perhaps ten men were driving hard toward them. They were quite close before Colin realized —

They both spurred their horses, but it was too late. The horsemen caught up with them in a matter of seconds. One of them knocked John off his horse, then another jumped from his saddle and caught Colin around the neck. They hit the ground with a bone-jarring crash.

John
. He wouldn’t stand a chance, as sick as he was.

“Kill the one in the red cloak!” one of the men shouted. “He’s the one we want.”

No.
Colin rolled over onto his attacker and slammed his fist into his assailant’s nose. Then he grabbed him around the neck. Colin squeezed, pressing his thumbs into the man’s throat until he went limp.

Colin jumped up and ran, a roar vibrating his chest as it made its way through his clenched teeth.

Their attackers stood clustered around John, who was lying on the ground.

John’s eyes stared straight up, glassy and unmoving. He was already dead.

Colin cried out, drawing their attention to him. He rushed over to his horse, which had miraculously not run away, and yanked his sword from the sheath attached to his saddle bag. As he spun around, a blow connected with his head. He swung the blade in a wide arc, but he was suddenly pummeled from every side. He fought the darkness that was closing in. Then another wall of pain slammed his head and everything went black.

Colin awoke to his own groaning. He turned to avoid the sunlight as the pain above his right eye raced to the back of his head. He remembered John’s lifeless body lying on the ground, and he fought the urge to retch.

How many days had it been since John was murdered? Since he himself was beaten and left for dead? Two? Four? Ten? The passage of time blurred, hazy in his confused brain.

He had to get up. Had to start walking or he would surely die. And he couldn’t die. Justice must be exacted, and if he didn’t do it, Philippa’s killer — and now John’s — would go unpunished.

Struggling onto his hands and knees in the middle of the leaves by the roadside, he paused a moment to catch his breath. He sat back on his heels, waited for the throbbing to lessen, then managed to rise to his feet.

His head was spinning like a bug on its back. His stomach gnawed at him in a way that signified he had not eaten for days, and the pain in his throat was nearly unbearable. When was the last time he had drunk any water? He’d started following this road, trying to reach Hagenheim to find someone who could understand him and help him. How long had he been unconscious on the side of the road? He might have been lying there a few minutes, hours, or days; he didn’t know.

He knew the answer to that question. Death. And it was imminent. He could feel it hounding him, pushing him to keep moving.

“Forgive me, John.” No one was around to hear. His mouth was as dry as the dusty road, and his voice was so weak it angered him
.
John, dying in a foreign country where he didn’t even speak the language, while that fiend, that son of hell, was free to wreak more havoc.

Colin never should have let John come with him. It was his fault John was dead.

Forgive me
,
God
,
for not keeping him safe.

His legs were as heavy as boulders, but he forced his feet to move forward. His temples pounded with every beat of his heart. He kept his eyes open a slit to try not to trip or veer off the road.