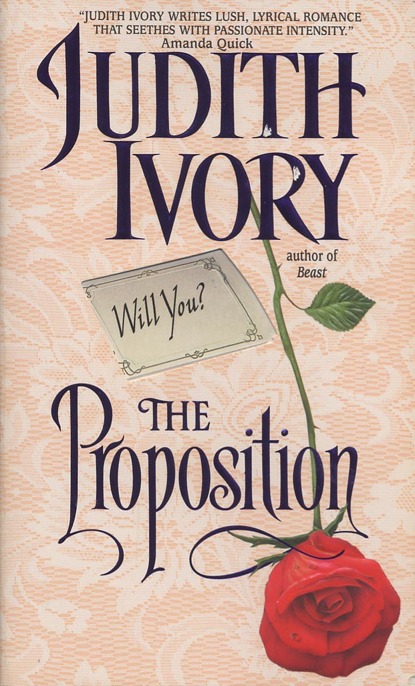 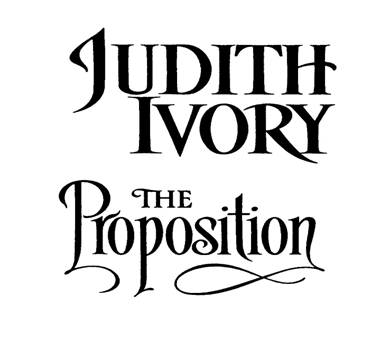 T
he most highborn lady Mick had ever been with—the wife of a sitting member of the House of Lords, as it turned out—told him that the French had a name for what she felt for him, a name that put words to her wanting his "lionhearted virility"—he liked the phrase and remembered it.

Mud. He hadn't much liked the comparison. Still, from the moment he heard it, he hadn't doubted the phrase's clear sight or wisdom. Posh ladies who took a fancy to him had to make some sort of excuse to themselves, and this was as good as any. He was a novelty at best. At worst, a bit of mud to play in for ladies whose lives'd been scrubbed clean of good, earthy fun.

He lay now on the floor, dirtier than usual, truth be told, his palms and belly flat to the floorboards of a dress shop in Kensington. Three silky ladies stood over him—they stood very far over him, one on a chair seat, one on a countertop, and one on the last inch or so left of a shelf taken up mostly by bolts of fabric. These three watched him, breathless, while Mick, his ear turned to the floor, listened.

He was a big man—he took up a long length of floor. He had wide shoulders, a hard, muscular chest,
long, weighty limbs. Handsomely made, he didn't doubt it. Vigorous. Five minutes ago, he'd been out back, using this very fact to flirt with the seamstress's assistant. He'd made her laugh, his first triumph, and had just stepped a little closer, when the seamstress and her customer inside the shop had begun screaming, "Mouse! Mouse!" The only man nearby, he'd been pressed into service.

Now, when scared, mice had a nasty habit. They'd run up anything, including a person's leg. The nightmare for a lady was that a mouse'd scamper into the understructure of her dress—her petticoats, dress-improvers, and half-hoops—where it could run around indefinitely in a maze of horsehair and steel wires.

Hoping to avoid a mouse circus inside their dresses, the seamstress, a patron, and now her assistant had climbed as high as they could in the room, pressing their dresses to themselves, frightened out of their wits. Mick could've told them it wouldn't do them no good. Mice could get onto tables and chairs easy. But he didn't mention it. He didn't want to frighten them more.

He lay quiet, scanning the floorboards, palms flat, elbows up, toes curled to support some of his weight, ready to spring up if a mouse came into sight. Then he spied it, and it was sort of a letdown. A little thing, it was more scared than the ladies, shaking over in a corner at the base of a sewing machine in the shadow of a press-iron. Barely more than a baby. He could catch it in his hand. There were no others, no noise under the floor, no activity.

"Is there a nest?" whispered the seamstress, her voice hushed with worry. "Are there more?"

Now, right here, Mick should've said no and stood up. But he didn't. He got distracted.

He turned his head to use the other ear, to listen again and make sure. And there, through a doorway into a back room, under a painted screen, in a mirror he saw a pair of legs, a second customer. There were four women, not three. This one'd been trying on dresses, he guessed, when the commotion broke out. She was trapped in the dressing room. In the mirror he could see she'd leaped on top of something, maybe a trunk. Anyway, with his position, her having moved up and out of the protection of the screen, and what with the angle of the mirror, he was looking right at a pair of devilish long legs. Bloody gorgeous, they were.

He lay there, caught in his own admiration. She was on her toes, dancing a little, nervous, the long muscles of her legs flexing beneath pink stockings with a hole at the knee. Long. Hell,
long
wasn't the word for these legs. They went for yards and yards—she had to be a tall one, this one. And shapely—her legs were poetry. Balance, muscle, motion. They gave new meaning to
fine.

Now, normally, Mick was a polite man. He would've protected a woman caught off guard by turning his head. Or at least he thought maybe he would've. But these were the damnedest legs. "Sh-h-h," he said in answer to the seamstress's fears.

In unison, the ladies above him drew in their breaths, trying to calm themselves, to allow him to hear any skittering or chewing or other nasty mouse sounds. One of them murmured, "This is so heroic of you, Mr.—" She was asking for a name.

Oh, yes, heroic. The hero lay on his belly, getting his eyes as low as he could so as to stare across the floor into a mirror at the prettiest legs he'd yet seen in thirty years of living. If he'd been standing up, he'd've seen to maybe just above the ankles—the screen in front of her came within a foot of the ground. That alone would've been an eyeful, since her ankles were narrow, her foot pretty with a high arch and instep, the anklebone showing against the soft leather of her shoe.

But when he got his head just right, he could see in the mirror: from the toes of high-buttoned shoes up long, neat shins, plenty of curvy calf, past the knee ribbons of silk knickers to halfway up willowy thighs that went forever. Dream legs.

In his dreams, Mick
did
see legs like these. He loved long legs on a woman. In his sleep he got to put his mouth on them. It took a dream-eternity to get his tongue from the back of the knee, up the thigh, to the indentation under the buttocks. Strong legs. In his dreams they gripped him with athletic urgency. They could squeeze him till he was nearly unconscious with lust.

"Mr. Tremore, Mr. Tremore!" one of the ladies behind him called. "Over here! It's here."

No, it wasn't. The ladies were jumpy, imagining mice everywhere. They began to make noise, thinking the mouse active again. Little shrieks, ladylike huffs, nervous giggles as they shifted around on their perches.

He hated to get up and take care of a mouse, when there were legs like these to look at. Legs and knickers, a blessed sight if ever there was one. Above him on the counter, though, the seamstress was gulping air so hard that, if he didn't do something, she was going to lose her tea biscuits.

Mouse time. He shoved against the floor, pushing up, getting a knee and toe under him, and sprang, quick and quiet. He went after the mouse from the side of the pressing iron, so when he scooted the iron a fraction, the mouse fled forward. With a sideways lunge, Mick snapped him up by the tail, then, straightening, dangled a mouse in front of him, out for inspection.

The seamstress shrieked. He thought she was going to faint. "Easy," he said.

The customer, nearest him, climbed down bravely from her chair. "O-o-oh," she breathed.

As they all clambered down, he stood a head or more taller than any of them. He looked down on three women who tittered and made a fuss now that the danger was past. Mick was "so brave." He was "so agile." "Lionhearted," one of them said, and he laughed. Then: "With such a deep, rich laugh."

He turned. Now, even when covered in floor grit, Mick was fairly used to sending a stir through the ladies. The younger ones were generally at a loss, but the older ones he had to watch out for.

The customer who liked his laugh came right up to him, looking at the mouse. She was decked out in a lot of velvet and beads, her thin face sort of lost under a big hat decorated with a large feather and a stuffed bird.

She stretched her arm out toward him, her gloved hand dropped at the wrist. "Lady Whitting," she said. "The Baroness of Whitting."

He stared at her hand. She expected him to kiss it, he guessed, but he didn't do that sort of thing, even when he wasn't holding a mouse. "Nice to meet you." He turned around. "Nell?" He looked for the seamstress's assistant. "You got something to put this fellow into?"

The baroness walked around him to put herself in his way again. Lowering her hand, folding it into her other, she eyed him then smiled. "That was quite a feat, sir. The way you leaped and captured that mouse. Quite impressive."

Mick glanced at her, knowing she wasn't impressed with mice or heroism or anything very noble.

She said, "You should have a prize. A hero's prize."

He stopped. He was a workingman with a lot of family back home who counted on him, so a prize interested him, especially a monetary one.

The way her smile sort of softened when she got his attention, though, told him they weren't talking about money.

The other ladies were watching, keeping their distance. Mick turned away from the baroness, remembering his coat on the floor. As he bent to get it, he happened to glance into the back room. He caught a glimpse of a dress floating into the air. Purple. The most beautiful shade of purple. The dark color of lavender in August. Behind the screen, narrow sleeves raised overhead, long fingers wiggling their way out, up and into the open. The dress shushed loud enough that he heard its rustle as it dropped down, ending all hope of ever seeing again the finest legs he could imagine.

He straightened up, gently dusting his coat, then pushed back his hair—his hand came away with soot. He frowned down at his dirty palm. Oh, lovely, he thought, just lovely. This must have happened when he looked up the flue for the mouse.

The baroness continued, "So what is the payment due a hero?"

Collection 1997 - End Of The Drive (v5.0) by Louis L'Amour
The Zombie Wars: The Enemy Within (White Flag Of The Dead Book 8) by Joseph Talluto
The Mummies of Blogspace9 by Doonan, William
Fluke, Or, I Know Why the Winged Whale Sings by Christopher Moore
A Bridge Of Magpies by Geoffrey Jenkins
She's Not There by Madison, Marla
Killing a Cold One by Joseph Heywood
Vicar's Daughter to Viscount's Lady by Louise Allen
Sacred and Profane by Faye Kellerman
The Awakened Mage by Miller, Karen