Read The Rule of Three Online

The Rule of Three 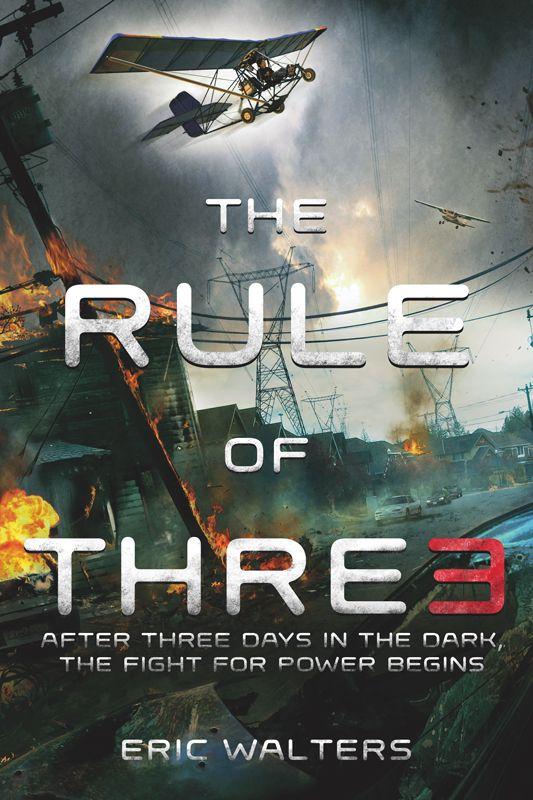 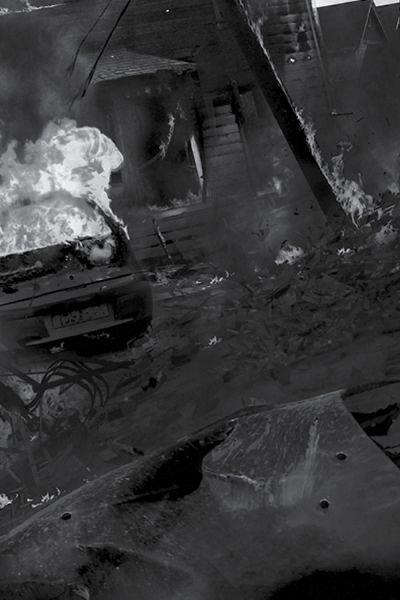 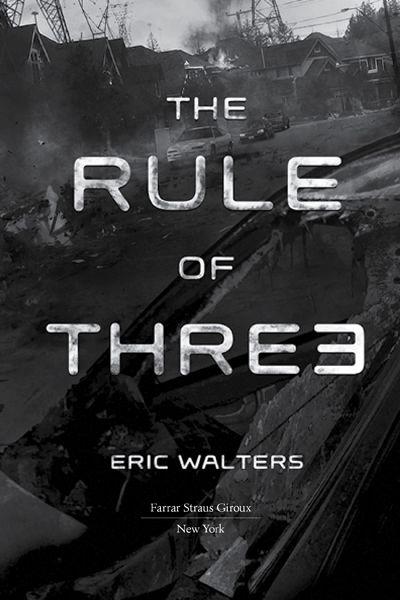 For Anita, my wife, my world, the person from whom all the blessings in my life flow

We were in the computer room during study hall, our second-to-last class of the day. Not exactly where I wanted to be, but there were worse places to be than hanging with my best friend—even if we were working on
his
essay.

“It’s not the speed of my fingers that’s slowing us down. I can only type what you say. And you’re not saying anything,” I answered.

“Come on, Adam, I’m counting on you to fill in the blanks on this thing.”

“Don’t you want me to pass?” Todd cajoled.

“Of course I want you to pass.”

“Then you’d better get busy, because that whole
passing
thing isn’t likely to happen if you don’t contribute.”

“You wouldn’t need my help if you didn’t wait until the last minute to do your homework, you slacker,” I said.

“It is
not
the last minute. This isn’t due until final period.”

“Which is in forty minutes,” I replied.

“That’s my point. It won’t be the
last
minute until thirty-nine minutes from now. If I handed it in
now
, technically it would be
early
.”

This was Todd logic at its finest. He was almost impossible to reason with but totally impossible not to have a laugh with. The freshman girls seated on either side of us in the computer lab seemed to agree as they started giggling.

“Please don’t encourage him,” I said.

“And now you don’t want me to be encouraged. What sort of best friend are you?” Todd demanded. “If you ladies want to offer me encouragement, please feel free.”

They giggled again. This was obviously becoming more about him trying to impress them and less about helping me help him avoid flunking another assignment.

“Why didn’t you just do this last night?” I asked.

“I was worn out from football practice. Physically and mentally. You’d have been worn out, too, if you hadn’t quit the team.”

“It’s not the same thing. I chose flying lessons over football.”

“What kind of normal sixteen-year-old chooses flying lessons over anything?”

“One who wants to be a pilot.”

“Sure.” My father was a commercial pilot for Delta. He had been in uniform at the breakfast table and said he was heading to O’Hare this morning. I knew he would be taking off on his return flight soon, so he’d be home in time to read with the twins before they went to bed.

“Personally, I’d rather be like your mother,” Todd said.

“My mother is a woman,” I pointed out. “And I gotta tell you that picturing you in a dress, heels, and makeup is a bit unnerving.”

“First off, I want to be a police officer, like your mother. Second, the idea that you are picturing me in a dress, makeup, and heels is
more
than a bit unnerving,” he replied. “Just how long have you been fantasizing about me as a woman?”

Once Todd got started it was hard to turn him off.

“Excuse me!” Todd called out. Everybody in the lab turned to face him. “How many people find it disturbing that Adam has been picturing me as a woman?”

Lots of hands went up.

“Ignore him, please!” I protested.

“In this day and age it’s important that all of us accept you for what you are and how you feel. In fact, I take it as a compliment that you fantasize about me.”

“I don’t fantasize about you!”

“Don’t be embarrassed. I’m sure you’re not the only one who fantasizes about me.” He turned to the girl on one side. “Right? You must admit I’ve entered your dream world at least once or twice.”

She stopped laughing and looked like she was choking on something.

“Don’t be shy,” he said. “Embrace your feelings, too.
Live
the fantasy and you could become part of the total Todd experience.”

She turned beet red, gathered up her things, and practically ran away. The other two girls beside us pretended to ignore us now.

I knew that Todd could be neither embarrassed nor contained. He was as relentless as an avalanche. All I could do was redirect him.

“Since when did you decide you wanted to be a police officer?”

“Recently. I decided it would be cool to run around with a gun,” he said.

“The fact that you don’t have a gun right now is at least a small blessing for all of us.”

“I’ll ignore that crack—but if I had a gun I would force you to play football.”

“You could have time for both football and flying lessons if you didn’t
waste
so much time on school. That’s
my
solution.”

“And just how is that working out for you?” I asked.

“It would be going extremely well if
somebody
would stop giving me a hard time and help me finish up this essay.”

“Let’s just get it finished. I have to get out of here right after school. I have a flight lesson.”

“When you get your license, do you know who I want to be the very first person up in the air with you?”

“I was thinking anybody
except
me!”

The two girls to my left started giggling again—as well as a couple of other people in the lab.

The lights suddenly went out, the computer screen went blank, and everybody in the lab collectively groaned as we were thrown into darkness.

“What happened?” I wondered.

“Power failure or something. More important, did you at least save my essay?” Todd questioned.

“But I need
all
of it there! What am I going to tell Mr. Dixon?”

“You’ll tell him about the power failure.”

“Of course he’ll believe you. The lights are out everywhere, so I think he might have noticed.” I gestured to the darkened hall. “This isn’t just a power failure in the computer lab. Besides, I’m sure everything will be back on soon,” I said.

“Soon may not be soon enough, and he won’t believe me that it was almost done. You have to tell him!”

“He’ll believe
you
! You hand in your assignments on time, you never skip class, you do your reading, and you’re always polite to teachers. You are
such
a suck-up!”

“Hey, my computer is down, too,” the girl beside us said.

“I understand that this is my laptop and it has a battery,” she said.

“The battery must be dead.”

“But mine went down as well,” another boy said.

“Mine, too,” a girl at the other end of the lab added. All of them were on laptops.

“How should I know?”

“That was for designing a two-seated ultralight, not because I know everything about electricity.”

“Come on, you know everything about everything. I wouldn’t let you do my homework if you didn’t. Can we go and find Mr. Dixon and explain to him about my paper?”

I wasn’t going to do that. But I did want to see what was going on. I gave a big sigh and got to my feet.

The halls were filling with kids. The only light was coming from classroom windows and scattered emergency lights running on batteries. Classes had ended unexpectedly, and everyone was streaming out. There was a lot of laughing and loud conversation as kids enjoyed an early break.

“Can I have your attention, please!” a deep voice boomed. “Please, everybody, stop where you are!” It was our vice principal yelling through a handheld bullhorn. “We need everybody in the gym for a brief assembly!”

There were groans from the crowd.

“I say we head for the doors,” Todd said. “In this commotion there’s no way they’re going to be able to stop us from leaving.”

“What about the assembly?”

“And you wonder why I call you a suck-up?”

We headed down the stairs, only to find two teachers at the exit deflecting the river of students toward the gym.

“So much for leaving,” I said. I knew Todd was disappointed, but I really did want to hear what they had to tell us.

We went with the flow. The gym was dimly lit with just a few emergency lights. It was already crowded, and I felt a little claustrophobic as we pushed in. The bleachers were filled to capacity and we were herded onto the court, shoulder to shoulder. I was grateful to be taller than most everybody else. Did they really think they could cram fifteen hundred kids into this space?