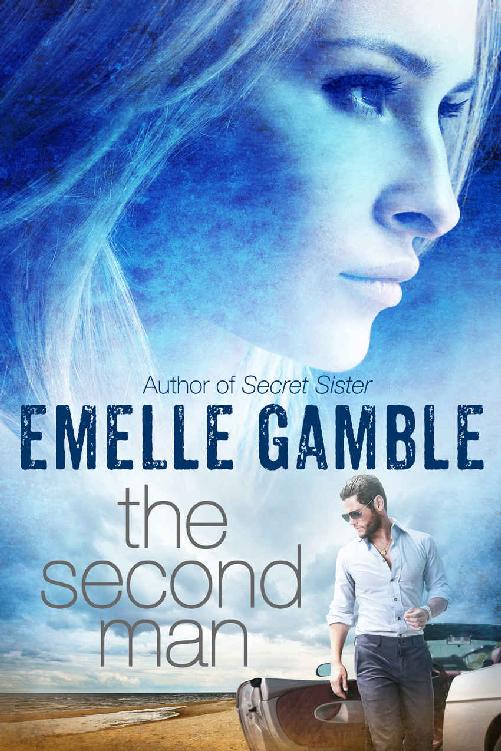 This book is a work of fiction.  The names, characters, places, and incidents are the products of the author’s imagination or are used fictitiously.  Any resemblance to actual events, business establishments, locales, or persons, living or dead, is entirely coincidental.

All rights reserved.  No part of this publication may be reproduced, stored in a retrieval system, or transmitted in any form or by any means (electronic, mechanical, photocopying, recording, or otherwise) without the prior written permission of both the copyright owner and the publisher.  The only exception is brief quotations in printed reviews.

The scanning, uploading, and distribution of this book via the Internet or via any other means without the permission of the publisher is illegal and punishable by law.  Please purchase only authorized electronic editions, and do not participate in or encourage electronic piracy of copyrighted materials.

“SECRET SISTER
is one of those books that leaves you re-thinking everything you once believed . . . Along with having a . . . unique and captivating plot, it offers a shocking turn of the paranormal kind . . . I cannot recommend it strongly enough for those of you that enjoy a book that not only touches your heart but has you tingling in anticipation for whatever comes next."
Fresh Fiction- Fresh Review

DATING CARY GRANT . . .
“It really is a love story, not just a break up story, and it was so well written and had unique plot, that I just couldn't put this book down until I had finished it. I loved it . . . and for any of you who are looking for a fun, yet serious  . . . romance, this one is for you."
Long and Short Reviews

with love and thanks for all you did for Lorraine

Thank you to Debby Gilbert, Publisher, Soul Mate Publishing, for her insight and patience during the editing process.

And, as always, thank you to Phil-the-fist for everything else.

Ben Pierce cautiously opened his hotel room door. It was nearly midnight, and he was not expecting anyone.

“Hi, Ben. Sorry to show up without calling, but I misplaced my damn cell.” The man standing in the hallway smiled and held out a bottle of Prunier cognac. “I brought a nightcap to apologize for missing our dinner tonight.”

“Hey, no
problemo
. Come on in.” Ben waved his visitor into the suite, looking impressed by the expensive liquor. “I waited for you at Marigold for an hour. You missed a great French meal.”

“I’m sure I did.” The man glanced around the room, relieved Ben was alone. “This is nice. You here for the conference by yourself?”

“Two other guys from my office in D.C. are down the hall. They drew the short straw and have to room together.” Ben pushed his heavy glasses up the bridge of his nose. “What about you? What are you doing here in Paris?”

“You look like you’re doing well.” Ben squinted at the man’s expensive suit and glossy shoes and then met his visitor’s eyes. “I didn’t recognize you at the newsstand this morning, until I saw your name on your briefcase. You’ve changed, buddy.”

“You mean you didn’t notice this?” His guest swung his right fist near Ben’s face.

Ben chuckled and held up his own hand, which sported an identical class ring. “All hail St. John’s College! Are we a couple of dorks or what for still wearing these things?”

“I’m sure we’re not the only loyal alumni out there.” The man’s glance swept Ben head-to-toe. “I couldn’t place you either when you tapped me on the shoulder. But I should have, you haven’t changed much at all from your yearbook picture.”

“Liar. I’m losing my hair and I’m growing what my old man would call a paunch.” Ben grabbed his belly. “It’s the geek career making me soft.”

“Fifteen years takes a toll on all of us.”

“Some of us more than others.” Ben headed for the bar across the room. “Have a seat and I’ll get some glasses.”

The visitor did not sit down, but continued his reconnaissance of the suite, noting Ben’s cell on the table near the window and the laptop on the floor by the sofa. The drapes were drawn. “So you said you’re a tech guy? Programmer?”

“I’m an analyst. I don’t pound out code, I crunch incoming data streams. Not nearly as sexy.”

“You work for the government?”

Ben grinned. “If I told you I’d have to kill you.”

“Yeah? Well then, please do keep that to yourself.”

“I can’t get that specific. But you can call me Double O-Ben.”

“What are you into?” Ben asked. “Attorney or banker? You got to be some kind of posh dude to wear fancy Italian kicks like that.”

“Finance,” his guest replied with a glance down at his shoes.

“I wouldn’t have guessed you’d be doing something that business oriented.” Ben carried two glasses and the bottle of cognac over to the table and sat down. “So how the hell have you been? You bump into anyone else from college since you graduated?”

“No. But it was inevitable to happen someday. We might be ten thousand miles away from St. John’s, but our world is getting smaller, don’t you think?”

“You mean because of the Internet? I guess. I don’t do any of that social media shit. Bosses don’t like it.” He opened the bottle of cognac. “You want some?”

“Sure.” The man walked toward Ben. “You mentioned this morning that my college is having a reunion next year. Do you know where and when is it going to be?”

“The search committee must not have been able to find you. You hiding?”

“In plain sight.” The man raised his eyebrows. “Or I’m being blackballed.”

Ben frowned as if remembering something unpleasant. “Yeah, maybe. Lucky you. I only heard about it since my sister, Marissa, is the one coordinating the thing. Anyway, it’s going to be held in Santa Barbara. You want to go?”

“Maybe. Reunions are reputed to be fun.”

“Fun?” Ben snorted, leaning back in his chair. “A bunch of people you hardly remember comparing notes and being snarky about who got fat, and reminiscing about glory days that probably didn’t happen the way they recall. I didn’t go to mine a couple of years back. Not my idea of a good time.”

Ben took a sip of his drink. “Could be good for you. You look all rich and successful now, and I’ll bet a lot of them wondered what the hell became of you. You might even run into Jill Farrell.” A moment of silence passed.

“There’s a name from the past.”

The man did not smile. “You remember that, huh?”

“I remember the important stuff.” Ben smirked and swirled the cognac around in his glass, inhaling the sharp, caramel fumes. “Jill was a hottie. Might still be.”

“Do you think she’ll be at the reunion?”

“Her family lived in Santa Barbara, I think? So yeah, she’ll probably show up if she’s around. Girls seem to love those things.”

“That could prove interesting.”

“Interesting in a good way or a bad way?” Ben asked. “I graduated two years before you guys, but now I seem to remember Marissa chattering about some kind of the drama with Jill a few years ago.” He frowned. “Do you know what I’m talking about?”

“Not really.” The man flashed a shark smile and grasped the lapel of his topcoat. The blood-red stone in his ring glimmered in the light. “May I take this off and hang it up somewhere?”

“Closet’s by the entrance.” Ben picked up his cell to check an incoming text. “I can call downstairs and see if they’ll bring up a sandwich or something, if you haven’t eaten.”

“Actually, I could go for something too.” Ben took a deep hit off his drink, looked up, and then froze, his breath catching in his throat.

The man he had admitted without question into the suite was standing eight feet away, aiming a gun squarely at him.

A Sig Sauer, Ben’s trained eye identified. With a silencer. “What the fuck, man?” he rasped, the cognac burning his throat.

Ben gripped the heavy crystal tumbler, measuring the distance to the man’s head.

“It would be a waste of good booze,” the visitor said, as if reading his mind.

Ben set the glass down and crossed his arms. “What the hell is going on?”

“I saw you on your cell phone,” the visitor said. “Right after we met this morning. Who did you call?”

Ben blinked. He had made two calls recounting his unexpected encounter with his old classmate, telling both people, “. . . he looks like a freaking movie star now. But there’s something off about him.”

“Man, this has turned into one bizarre night,” Ben said.

“Tell me about it.” The man with the gun stood straighter, the gun swaying slightly.

Suddenly Ben lunged at his visitor. The man shot him before Ben could lay a hand on him.

The visitor listened for a moment, but no knock sounded at the door.

He stepped over the body and picked up Ben’s cell phone to check the call history, and then dropped it on the floor with a sigh.

Despite his aversion to the States, it looked like he was going to have to show up in California, take a temperature or two, and see if old Ben had set off any alarms.

The man who killed Ben Pierce thought of the woman his victim had mentioned. He nodded. She was a hottie. Maybe the reunion would not be all bad.

Unless he had to kill her, too.