The Serpent's Ring (Relics of Mysticus) 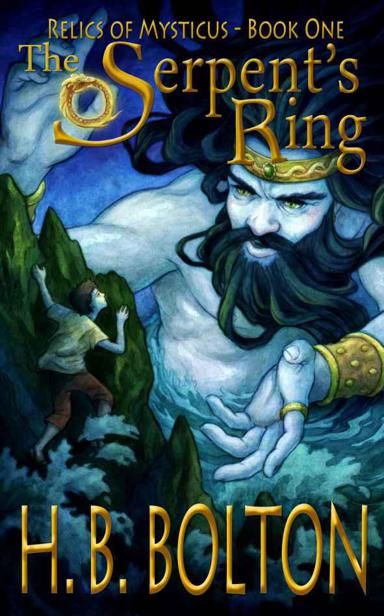 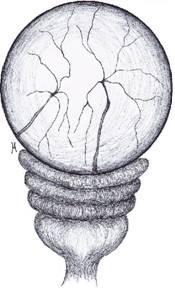 Relics of Mysticus: Book One

No part of this book may be reproduced, scanned, or distributed in any printed or electronic form without permission. If you are reading this eBook and did not purchase it, or it was not purchased for your use only, then please return to Amazon.com and purchase your own copy. Please do not participate in or encourage piracy of copyrighted materials in violation of the author's rights. Thank you for respecting the hard work of this author.

This is a work of fiction. Names, characters, places, and incidents either are the product of the author's imagination or are used fictitiously, and any resemblance to locales, events, business establishments, or actual persons—living or dead—is entirely coincidental.

For Brad, who encourages when others doubt,

For Lauren, who swims with mermaids,

For Wade, who believes in magic,

And for Cayce, who has probably heard enough, but listens anyway,

This adventure is for you. 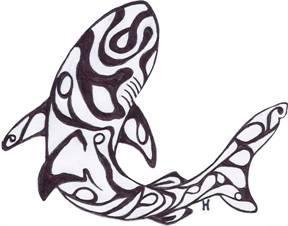 “Surf’s up,” grinned Evan, clutching his surfboard. “I can do this.”

Slowly, Evan’s feet sank into the gritty, wet sand, and fear coursed throughout his fourteen-year-old body. He tightened his grip on the surfboard and tried to free his legs from the gluelike sand.

A large wave froze a few feet before him; colorful sharks circled inside.

“Get away!” Evan screamed at the swarming collection of teeth and coal-black eyes.

Something shoved against his shoulder! It pushed him into the wild surf. A trace of seawater splattered across his face; salt scorched his lips.

“Stop!” he yelled with all of his remaining strength.

Thrashing desperately, Evan sought to keep himself from entering the wave.

Evan pulled it to him and landed with a painful thud onto a strangely hard surface.

“Let go of me, pea brain. It’s time to get up,” Claire said as she yanked her arm from her brother’s unexpected grip. “Remember, today is ‘Family Fun Day.’ Be late, and Mom and Dad will have a fit.”

Evan’s older sister swiftly exited his bedroom, most likely heading for the bathroom, where she would endlessly brush her hair and put all sorts of strange stuff on her face. No doubt, she will stink up the entire upstairs by slathering on flowery perfume. He was pretty sure he would have to use the downstairs bathroom.

“Wow, what a weird dream,” said Evan, scratching the side of his head. He lifted his body off the wooden floor, and after shuffling through mounds of fallen clothes, he managed to locate something to wear. Sure, the outfit didn’t exactly match, but his day was about to be spent in Boredomville anyway. His T-shirt probably had a stain on it somewhere; he didn’t care. And there sat his lucky baseball cap. Now
that
he cared about. After all, he wore it to all of the University of Michigan games.

“Come on guys; let’s go! We have lots to see!” His mom’s voice echoed throughout the house.

“She sounds a little too enthusiastic,” said Evan after meeting his sister at the top of the stairs. “If it were up to me, we’d be at the beach surfing the waves.”

“Evan, you’ve lived in Michigan your entire life. Have you ever surfed on lake ripples? Get a clue,” said Claire, wandering toward their parents.

“Whatever,” he mumbled, following his sister down the stairs.

Ride in minivan: boring. Family day: boring. Museum: boring. Evan’s life: boring. What bad luck being held captive by his parents for an entire day. Ever since his Mom took that job at the art gallery, she decided to declare every single Saturday
Family Fun Day
. It might as well have been called, “Evan Has to Do Something He Really Doesn’t Want to Do Day.”

He would much rather spend his day slurping down soda and eating chips while playing Hungry on Xbox or reading Breaking Down. Ah, that would have been more like it. Instead, he was stuck sitting in the backseat of the minivan, next to his annoying older sister.

“What are you looking at?” Claire scowled at him.

“I was just wondering how our parents managed to switch you at birth and keep it from you all these years,” Evan teased.

“Kids, remember the rules; there’s no fighting on
Family Fun Day
,” said Mom, turning to face them. “Come on, you two. Can you please at least try to act civil to each other for just one day of the week?”

“It’s kind of hard when he smells like a sweaty sock,” Claire said with a smirk, clearly pleased with her witty comment.

“Oh yeah, well—” Evan started, but was cut short by his mom.

“Claire. Evan. I’m not kidding around here. We are going to spend time together as a family, even if it means sitting around the dining-room table and staring at each other all day!” The sharpness of their mother’s tone contrasted with her normally cheerful demeanor. Evan and Claire looked at each other and nodded in a silent truce.

“All right, Mom; I’m sure we’ll have a great day,” said Claire, nudging into Evan.

“Yeah, it’ll be fun,” he said, trying to mimic his sister’s false enthusiasm.

Immediately, their dad chimed, “You two will be surprised by how awesome Henry Ford’s museum is. There will be old trains and planes. And that’s just inside the building. Outdoors is a whole other world. People refer to it as Henry Ford’s train set. That’s because he brought in historical buildings from all around the world.

“Imagine a house being taken apart, brick by brick, board by board. It’s then transported over sea by boat or across country by train. And then it arrives in many pieces and workers put it back together. It’s really fascinating …”

Evan tried to keep a smile on his face, but he only paid attention to every other word. He did perk up when he heard Dad mention something about an exhibition of swords. And Dad should know; after all, he was a popular history teacher who was prone to being a little overly enthusiastic.

Last week, Evan’s family spent an entire day at an art museum. It was all right, except for his father rambling on and on saying, ‘
Blah-blah
’s use of symmetry and
Blah-blah
’s use of color.’ And since Mom sold artwork for a living, she too would pipe in details about every single sculpture, painting, drawing, lithograph, photograph, and tapestry. Honestly, she was even worse than Dad.

“Look, there’s the building,” said Dad, pointing off to his left. “It’s truly amazing. I know I’ve said this a million times before, but you won’t believe what’s in there.” He then continued to blather about the neat stuff contained inside each gallery.

When Dad turned into the parking lot, Evan was actually impressed by what he saw. A gigantic stone building was up ahead, and to his right was the entrance to Greenfield Village. Secretly, he allowed himself to join in his dad’s excitement just a little. And from what Evan could see on this side of the high wall, he believed what his father had said about a whole other world was waiting on the other side.

The Cowboy Lassos a Bride (Cowboys of Chance Creek) by Cora Seton
Holding Out for a Fairy Tale by A.J. Thomas
Untitled by Unknown Author
Does the Bible Really Say That?: Discovering Catholic Teaching in Scripture by Patrick Madrid
Somebody Like You by Beth K. Vogt
Dating A Saint by Donna McDonald
Mistletoe Between Friends by Samantha Chase
Convenience and Compatibility by Emily Jones
Missing! by Bali Rai
Drifters' Alliance, Book 3 by Elle Casey