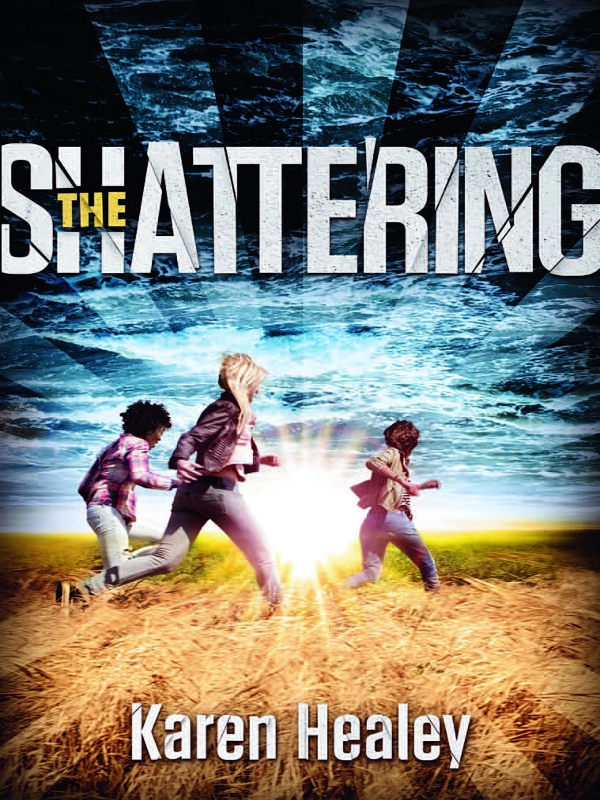 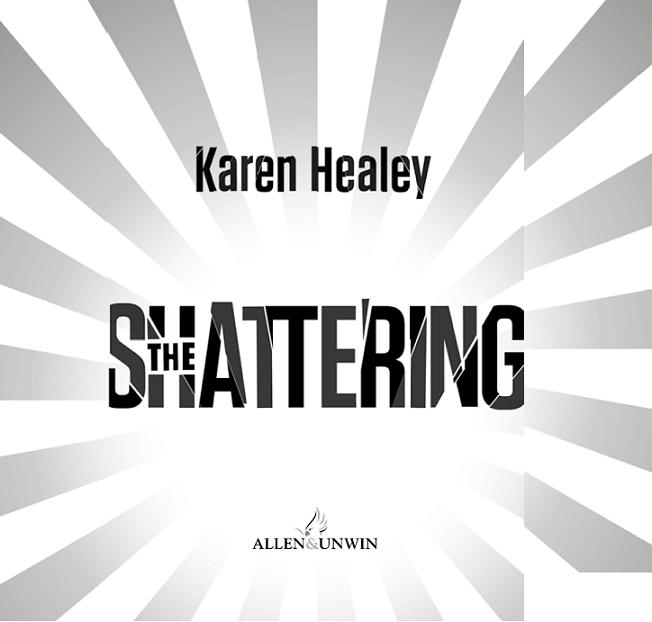 This project has been assisted by the Australian Government through the Australia Council, its arts funding and advisory body.

Copyright Â© Karen Healey, 2011
All rights reserved. No part of this book may be reproduced or transmitted in any form or by any means, electronic or mechanical, including photocopying, recording or by any information storage and retrieval system, without prior permission in writing from the publisher. The Australian Copyright Act 1968 (the Act) allows a maximum of one chapter or ten per cent of this book, whichever is the greater, to be photocopied by any educational institution for its educational purposes provided that the educational institution (or body that administers it) has given a remuneration notice to Copyright Agency Limited (
CAL
) under the Act.

A Cataloguing-in-Publication entry is available from
the National Library of Australia /
www.trove.nla.gov.au

The paper in this book is FSC certified.
FSC promotes environmentally responsible,
socially beneficial and economically viable
management of the world's forests.

For my younger siblings,
Scott, Ben, and Gina,
the first players in my first stories

And for Carla,
who knows all about families,
born and chosen

The first time I broke my arm, I was ready for it.

I was seven years old, and Janna van der Zaag and I were playing in her backyard. Janna's backyard was a fantastic place for kids â a big dollhouse and a lot of bush out back for playing hide-and-seek in and a brand-new flying fox her dad had made, sloping from a tall platform built into the sturdiest tree down to the brace attached to the next sturdiest.

Janna had been using the flying fox for days, and she flew down with style, blonde hair like a banner, the T-bar gripped tightly in her hands. I climbed the ladder and clung there for a minute as she ran the T-bar back up to me on its long rope. The flying fox hadn't seemed so high up from the ground.

What if I fell off and broke my arm
? I thought. And I mean I really thought. I pictured it in my mind, working out the way it could happen and what I should do if it did. I decided that a bone would go
crunch
or
crack
, and I would sit up and cradle my arm and yell, âJanna, get your mum!' and then go to the doctor in the family's big blue van that fitted all the van der Zaag kids for Sunday Mass.

Then I opened my eyes, grabbed the T-bar, and took off flying all the way down the wire, screaming laughter at the rush of flight. My landing was perfect, and I ran the T-bar back up to Janna for her turn, heart jumping with joy and terror.

My body was so free.

On the fourth time down the line, my palms were too sweaty. They slipped, I fell, my left arm went
crack
, and I yelled, âJanna, get your mum!' before her big blue eyes could even fill with tears.

Everyone praised me for being so brave, but I had still been scared. I had just known what to do if the worst happened.

After that, it seemed a good idea to be prepared. I hung a go-bag on my door in case of a fire or an earthquake and put a mini first-aid kit in my backpack, and I rehearsed possible disasters in my head, over and over, until I was sure I knew how to react.

I knew it sounded a little bit crazy, and I stopped telling anyone about it when Hemi Koroheke called me creepy and, with smug emphasis, neurotic, which was our Year Eight Word of the Day.

But I did it anyway. I had plans for what eulogy to give if both my parents were hit by a car, how to escape or attract help if I were kidnapped, and how to survive if I were lost in the bush. It wasn't as if I thought all these things were likely to happen. But I knew they could, and if they did, I wanted to be prepared.

In the end, it didn't do me any good. Because I didn't have a plan for what to do if my older brother put Dad's shotgun in his mouth and pulled the trigger with his toes.

I found Jake â I mean, I found the body â but I don't remember that. A couple of weeks later I couldn't find my favourite pair of jeans, and Mum said she threw them out because of the blood, and I suddenly remembered the feeling of something heavy in my lap. I might have imagined it, I don't know. But I think it was real, that memory of wet weight across my thighs.

Jake killed himself and he didn't leave a note, and I lost bits of my memory and my favourite pair of jeans. I'll never get a pair like those again â they don't make that style anymore. They were scuffed in all the right places and cut to fit my short legs and big bum, and they were comfortable and a choice faded dark blue that looked good with everything.

That's not a metaphor. I loved those jeans.

I loved my brother more. Jake was my favourite person â my best friend, my first supporter, the last person to get angry with me when I said something that was just too sarcastic. At nineteen, he was two years older than me, but we weren't one of those sibling pairs who hated each other as kids and then hit adolescence and got along. We'd always been that close. My first word was
Chay
.

There had been no warning. He didn't give away his possessions or say things like âIt'll all be over soon.' His girlfriend, Sandra-Claire, swore up and down that he didn't act depressed or fight with her, and even though she is a heinous bleached and bony bitch who told me that if I kept cutting my hair short everyone would think I was a lesbian (and she didn't say
lesbian
), I believed that Jake hadn't done any of that stuff, because I knew he would have told me first.

Because Jake's death was a suicide, we nearly didn't get to hold a proper tangi, in case all the celebration and ceremony for the dead encouraged other kids to copy him. But I think Nanny Hinekura put her foot down, and all the family on Dad's side turned up at the marae farther down the coast. It was three days of people crowding around us and talking about Jake. All the stories: how he'd bagged his first deer; how he'd got his first swimming medal by crashing into the end of the pool; how one Christmas he'd played PlayStation for twenty-one hours against any cousin who'd take him on, and he'd fallen asleep in front of the tv, thumbs still twitching. I liked the stories a lot better than the formal speeches, which were mostly in Maori. I'm all for valuing our cultural heritage and that, and I'd taken Maori for two years to make Nanny Hinekura happy, but it turned out I was just no good at languages.

Jake was much better. He would have translated for me.

The mourners cried and laughed and talked â so much noise, everyone saying âJake, Jake, Jake,' echoing the way my heart beat out his name. When everyone slept, on the mattresses spread out under the high carved rafters of the wharenui roof, I could feel the thick emotion leeching out of them, sticking to my skin like steam. I was surrounded by love, but it felt like I was smothered by it. I'd been at tangi before and watched grieving families take comfort. But I couldn't. Not with Jake in the closed coffin beside us instead of sitting with me, adding his own stories to this mix.

I gripped Mum's hand, very pale in mine, and didn't let go.

Once we went back to Summerton, I didn't go to school for the last bit of the year â there was no point with the Christmas holidays coming so soon, and I got compassionate consideration on all my final assessments anyway. Mum cleaned the house as if she would die if she didn't, and Dad had to go back to work. I walked a lot, trying to avoid people who would say useless, comforting things, like âWell, I'm sure he's in a better place.'

I couldn't believe that. The room he'd died in had been blessed and a farewell karakia chanted, but Jake wasn't going to take the long trip to Cape Reinga to find the home of Dad's ancestors. He wasn't in heaven with some white-bearded God. He wasn't hanging around, keeping an eye on me. And he sure couldn't do all three, which was what Nanny Hinekura seemed to believe. Those were just stories, things people made up to make the world nicer. How did they know? Where was the proof?