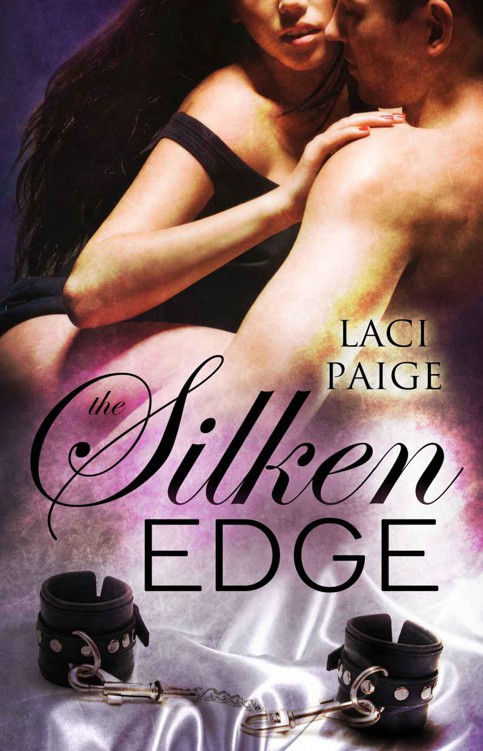 This book is a work of fiction. Names, characters, places
, and incidents are the products of the author’s imagination or used fictitiously. Any resemblance to actual events, locales or persons, living or dead, is entirely coincidental.

Disclaimer
: This book is for mature audiences only. It contains sexual content intended for ages 18 and older.

“
Kristy, there’s someone else."

Kristy
White stared at the man she'd called her boyfriend up until three seconds ago. "What?" She felt a burn in her chest, as if the air had been punched out of her lungs.

“Well, not exactly someone else. Not yet.” Steve laughed nervously.

“Steven, just fucking say what you need to, and start making sense. This isn’t funny.” Tears pricked at the back of her eyes.

His gaze darted around at the early evening crowd in the dark bar.
“No, I’m not meaning to make fun. Do you remember Mona from work?” he asked. Kristy nodded.

“Well, you know I love you and I probably always will, but it’s not enough. I want something different, something more. And I think Mona is that 'more.' I haven’t explored any kind of relationship with her at all. I promise you. I’ve been faithful, but I don’t think I can anymore.” After that, Kristy only heard bits and pieces of what he had to say.

Walking home from where Steven Butcher broke the news to her, she agonized over what went wrong in their relationship. Oblivious to the traffic whizzing by, she drifted deep in thought. She needed to talk to her best friend, Sherry. After phoning her, she was relieved to find out that Sherry was just down the block at Stan’s, the local tapas bar and lounge they liked to frequent.

Having just been dumped by the man
she'd devoted five years to, and had lived with for the past two years, Kristy’s gut told her a major change was in order. Perhaps a makeover, and not the physical kind.

At the bar,
Kristy sat next to Sherry, watching those around her in disbelief. There were several tables full of seemingly normal people on the other side of the room. Sherry explained that the day’s gathering was there for a Munch. Once a month members of the local kink community got together and had a casual meeting.

Attempting for the third time to read her book, she couldn’t help but stare at the people chatting and laughing around her friend. Finally she put her book in her bag and got up to head to the restroom. Halfway there Sherry stopped her.

“Hey, are you doing all right? You can come join us if you want. We’re done with business, and now people are just talking casually. When I left, they were trying to figure out what they were making for dinner tonight. See? Normal conversation.” Sherry grinned at her. “I’d like for you to come meet some of my other friends though.”

“No, not today, Sherry. Sorry.” Kristy wasn’t sure she could handle a conversation with anyone in the group after having negative thoughts about them, and feeling the way she did after the breakup.

Sherry frowned a little. “It’s okay. I’ll be with you in a few. Let me just go say goodbye to some people.”

That’s the way it
had been for months and more and more with each passing week, Sherry was always trying to push her newfound lifestyle on her. It was beginning to upset Kristy, but this was her friend and she loved her, so she tried to be accepting and not too judgmental.

While
Kristy waited she thought about how grateful she was that Steven decided to come clean before having an affair with another woman. He explained he and his coworker, Mona, were hot and bothered over one another for weeks. He had no self-restraint around her anymore, and Steven asked Mona if the feeling was mutual. Apparently Mona said yes, but she insisted he break up with his girlfriend before acting on anything.

Taking a deep cleansing breath, Kristy pulled out her cell phone and called Mona like she promised Steven she would.

Mona picked up on the third ring. “Hello?”

“Hi, this is Kristy. Steven’s girl—ah, ex-girlfriend. I wanted to let you know, it’s over between us. He’s all yours.”

Kristy heard a man’s voice in the background.
How the hell did that ass get to her apartment so quickly?
“Tell Steven I said hello.” After a distinct click and then silence, she closed her phone and dropped it in her bag.

Shaking off the strange phone call, she thought about Steven. He’d always been predictable in bed. They had a routine during their intimate times, yet they still had sex frequently. She’d heard of people who had been together for years, whose romps in the sack were few and far between. She’d always been thankful that wasn’t the case for them. She enjoyed sex and never turned it down. Steven was the one who usually said no, which should have alerted her to a problem.

She refused to get upset. Crying was not her thing; at least it hadn’t been in over a decade. She used to be an emotional woman, but nearing forty, she couldn’t afford to
, and didn’t want to let her emotions rule her.
Being upset is too exhausting. Fuck it.

“Sorry that took longer than I expected.” Sherry patted her arm bringing her from her thoughts. “Hungry?”

Kristy looked up and tried unsuccessfully to smile at her friend. “No, if it’s all right with you, I’d rather just head home. Come with me? I don’t want to be alone.”

“You don’t even have to ask. Let’s go.”
When Kristy stood, Sherry linked elbows with her and they headed out.

“So you’re sure
Dan is okay with you being over here so late?” Kristy asked as she unlocked the door to the house she shared with Steven.

“Yes, I’m sure he’s home by now
, sleeping in front of the TV with his hand in his waistband. I told him where I’d be and why. He’s fine with it.” Sherry waved her hand in the air.

“Thanks for coming over. Not like I am going to bawl or need to eat a gallon of ice cream, but company helps.”
Kristy and Sherry had been friends for many years, and they knew each other well enough to know when the other needed a pick me up, or a shoulder to lean on.

“Boo on the lack of ice cream, but yay for not crying.” Her friend clapped her hands with a too-bright smile on her face.

“Crying isn’t going to fix anything. So why bother? I’m too old for that shit.” Kristy sighed and headed down the hall with Sherry following behind.

Sherry pressed her lips into a fine line. “Kristy you aren’t old. How many times do I have to tell you? You look great for your age. Fit and sexy and you have a good head on your shoulders. You would make a great companion for any man. Your perfect someone is out there.”

My perfect someone? How I wish that were true.
“Oh shush. No ice cream here, but I do have wine. Want some?”

Sherry tilted her head and smirked. “Thought you’d never ask.” She ran to get the glasses from over the counter in the kitchen. “Hey, most of the stuff in here is his, isn’t it?”

Kristy turned the corner to find her friend looking around the kitchen. She leaned up against the fridge. “Yeah, I need to find a new place. For now I’ll sleep in the guest bedroom. As long as he isn’t bringing female friends over, I think we can be civil.”

“Wow. You're something, you know that? Anyone else would want to chop his balls off.” She made a chopping motion in the air. To which Kristy laughed.

Kristy wrinkled her brow. “What’s that supposed to mean?”

“He’s been cheating on you for weeks now – In. His. Mind.” Sherry used her pointer finger to poke herself on the side of the head, emphasizing each word.

“Shit. Guess I’ll be needing a bigger glass.” She pointed to the small wine goblet and gave a weak smile.

Near midnight, Steven drove home from Mona's. Mona was wonderful. Why hadn't the universe paired them together before Kristy came into his life? Not that having Kristy was a waste of time, but their relationship wasn’t quite what he thought it should be. They were at a standstill and the sex fell flat.

Mona caught his eye one day while he waited for the copy machine at work. He’d seen her around the office and he found her attractive, but that day at the copier changed things. It changed him.

He watched her raise the lid of the machine, and her paper lifted and floated to the floor. She bent over to retrieve it, and his dick stiffened immediately at the view of her backside. His only thought was how good it would feel to be buried deep inside her.

When Mona turned to apologize for taking so long, she gazed down to his obvious erection and licked her lips. From then on the sexual tension between them revved up each day.

After talking to her one afternoon at lunch, he found out she wanted him as much as he wanted her. That’s when he made the difficult decision to break it off with Kristy. His stomach twisted in knots at the thought. He really did love her, but he knew deep down inside they weren’t meant for each other. Before he did anything stupid, he needed to break her heart and end their relationship.

To his surprise, Kristy took the news well and offered to call Mona for him to let her know he was a free man.

He pulled into his driveway and cut the engine. Why he replayed things in his mind, he didn’t know. Perhaps he felt a little guilty after the explosive evening he shared with Mona.