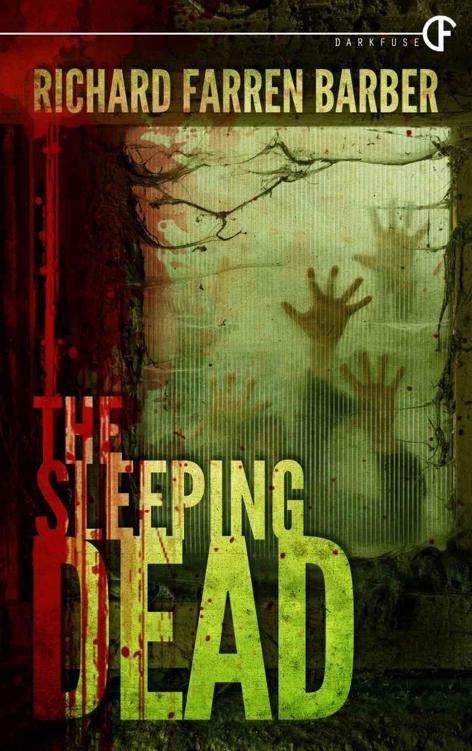 This book is a work of fiction. Names, characters, places and incidents are either a product of the author’s imagination or are used fictitiously. Any resemblance to actual events, locales or persons, living or dead, is entirely coincidental.

Find out why DarkFuse is the premier publisher of dark fiction.

Join our newsletter and get free eBooks:

Get a FREE subscription to DarkFuse Magazine:

For Maureen—for thousands of different reasons, but mostly because you’re you!

Thank you for all the people who have read my stories. Thanks to the editors who have taken them up, one by one. A special thanks to Dave Medley, the most constant of constant readers (At least I always know I’ll get that one sale!) and my other family and friends who have supported me and my writing and didn’t think I was crazy, or at least didn’t say anything to my face.

And you, dear reader, for joining me on this journey.

Jackson found a seat near the back of the bus and watched the other passengers. An old woman in a business suit sat on the front seat, leaning over the chrome bar as if she was the figurehead on the prow of a great sailing ship. Two teenagers disappeared up the stairs onto the upper deck and Jackson listened to the heavy clomp of their shoes over his head. There was a young woman with a stroller and a small child climbing up the back of her seat, and a couple of men sitting tightly beside each other, both reading broadsheet newspapers that overlapped in the middle.

A man in his early thirties sat a few rows in front of Jackson and rocked back and forth. Jackson tried not to stare, but instead he looked out of the window on his right and watched the man from the corner of his eye. There was something intimidating about the man, a barely contained energy. Jackson thought he looked like a community care patient. It was probably nothing; the man probably had an iPod tucked away and was rocking along to music, but Jackson didn’t really believe that.

Jackson pulled the letter from his pocket and checked the details again; even though he already knew Medway Associates were situated on the eighth floor of The Pinnacle and his interview was due to start at 10:30 a.m. He already knew the bus would stop almost directly outside the office block. He knew that in the traffic it would take twenty-five minutes for the bus to snake through town and over the bridge. He knew all this and yet he still read through the letter one more time to reassure himself that he hadn’t missed anything.

The bus rolled through busy streets, collecting and depositing passengers along the way. One of the newspaper men tucked his broadsheet into a brown satchel and almost leaped from the top step of the bus as he alighted. He waved a casual hand at his partner, but the other man still had his head buried inside the newspaper and Jackson was sure he didn’t notice.

And the man, the community care patient that Jackson knew he would never want to sit beside, continued to rock back and forth. The motion became stronger, more violent, as if he were testing some invisible restraints to determine how strong they were.

Jackson watched the man with the newspaper glance across the aisle and then raise the paper closer to his face.

They were coming into town now, the streets were getting busier and instead of picking up passengers the bus was now only stopping to disgorge them. Jackson checked his watch—he had time to find the office and still arrive suitably early. Ten minutes would be sufficient; any more than that looked too earnest, any less might be construed as disorganized.

His phone chirruped and he pulled it from his pocket.
Need to remember to put that on silent before I go in
, he thought. The screen showed one message, from Donna, and he realized he was smiling as he called the text up on the display: G
OOD LUCK.
D
X

The community care man clapped his hands together—just once—and then wrapped his fingers tightly around the bar in front of him. He was talking quietly to himself. Jackson wasn’t sure if he had been doing so all along. There was no way to hear what he was actually saying, it was like a radio caught between stations. The man began to rock again. He tucked his hands into the safety of his armpits as the plastic seat underneath him creaked with the motion.

The bus stopped just short of the bridge. Jackson looked out of the window, staring at the stone wall of a bank. From the corner of his eye he monitored the rocking man, conscious that he was now actively watching him. He saw the man’s reflection in the window and beyond that the ghosts of people on the street outside. He could just make out the start of the bridge—the high stone column on his right topped with a golden lamp—and beyond that the blue balustrade of the handrail.

It took Jackson a moment to realize that this was more than a pause in the traffic. The engine, which had been a constant throbbing companion somewhere at the back of his consciousness since he had sat down, fell silent.

The newspaper man put down his broadsheet and tried to peer through the windshield. From overhead came the clomp of heavy boots on the upper deck and a moment later the two teenagers thumped down the stairs. They made their way to the front and spoke to the driver, and when the doors hissed open, they jumped down onto the pavement.

Jackson looked at his watch. He had nearly half an hour. He could get off and walk from here—MedWay’s offices were just on the other side of the bridge.

The man with the newspaper looked across at the community care victim and then stood up, folded his paper under his arm, and marched to the front of the bus. He stood for a moment on the platform beside the driver, inspecting the way ahead, before he nodded sharply to the glass screen, descended the steps and slipped out onto the pavement.

Jackson stood up and walked to the front. From this vantage point he saw the traffic queued up in front of them; cars and vans and another bus stretching out onto the bridge.

The driver looked at him.

“Dunno.” He had a puzzle book open in his lap and was holding a pencil. Sudoku, Jackson could see when he looked closer.

From where he was standing, Jackson saw The Pinnacle rising up on the other side of the river. He checked his watch again.

“I’ll get off here, thanks,” he said to the driver.

He descended the few steps down to the street. There was a crowd of people on the bridge. He glanced over his shoulder, back into the bus, and from the corner of his eye he could see the gentle rocking motion of the community care man.

“Sorry, mate,” the driver said. He looked up from his book and recognized Jackson. “Oh, you change your mind?”

Jackson shook his head. “I thought you ought to know, there’s a guy sitting back there and there’s something wrong with him.”

“Don’t worry, we get them all the time. They sit at the back and ride the bus the whole day. Sometimes we get to the depot at the end of a shift and have to turf them out.”

“I’m not sure this is the same,” Jackson said.

The driver smiled and dropped his book onto the dashboard. “Thanks for the warning, I appreciate it, but I’ll be fine.” He tapped the plastic screen that shielded him from passengers. “It may look like flimsy crap, but I’ve seen the videos—you couldn’t get a knife through this. If he’s got a gun, then we’re all in deep shit, but where would someone like that get hold of a piece?”

Jackson nodded. “If you’re sure.”

“He’ll sit back there for the day and if it keeps him out of mischief, then who am I to worry about it?” He looked out of the window and nodded at the line of traffic in front of the bus. “This could be here for a while, you probably made the right call by getting off.”

“Yeah,” Jackson said. He took a last look down the bus, but from this angle he couldn’t even see the man they were talking about. He thought about what the driver said—
if he’s got a gun, then we’re all in deep shit
—but that didn’t worry him; the driver was right. Men like that didn’t get hold of guns.

He jumped down from the bus for a second time and tried to put the rocking man out of his mind. He needed to get over the bridge to MedWay Associates.

Once he reached the pavement, he started to walk fast. Up ahead the sidewalk was blocked with people standing in a loose crowd. It was hard to tell if they were watching something in particular or merely milling around aimlessly. Jackson cursed his luck. Why did they have to have this today when he needed to get to his interview on time? He resisted the urge to check his watch again and tried to convince himself there was no need to panic.

He stepped onto the bridge. The thick black ribbon of water caught his attention. It was the way the light skimmed off the surface. It was the density of the water; as if he could scoop it out in thick handfuls.

He moved closer to the side, until his thighs pressed against the faded blue balustrade. The water was…mesmerising. There were depths to the river he had never noticed before. He felt a tug within his chest—like tides pulled by the moon, only in reverse—as if the water was drawing him to it. He looked deep into the water and lost himself in its depths.

His fingers clasped tightly around the handrail. The water was…

The water was beautiful. It was shot through with streaks of black and purple and the deepest crimson Jackson had ever seen. He imagined leaning over the side of the bridge to touch the water. To taste it. To be one with it.

The whoop of a police car arriving on the bridge shattered his thoughts. Blue and red light spilled over the crowd. It painted Jackson’s hands and his chest.

Reasons for and Advantages of Breathing by Lydia Peelle
Calling the Shots by Annie Dalton
Real Life for Kids: Knowing Jesus as Your Savior by Rod Baker
His to Command #6: The Surrender by Opal Carew
Seducing the Viscount by Alexandra Ivy
40 Green Smoothie Recipes For Weight Loss and Detox Book by Jenny Allan
Dark Salvation by Salidas, Katie
Back to You by Bates, Natalie-Nicole
Love's Way by Joan Smith
Big City Jacks by Nick Oldham