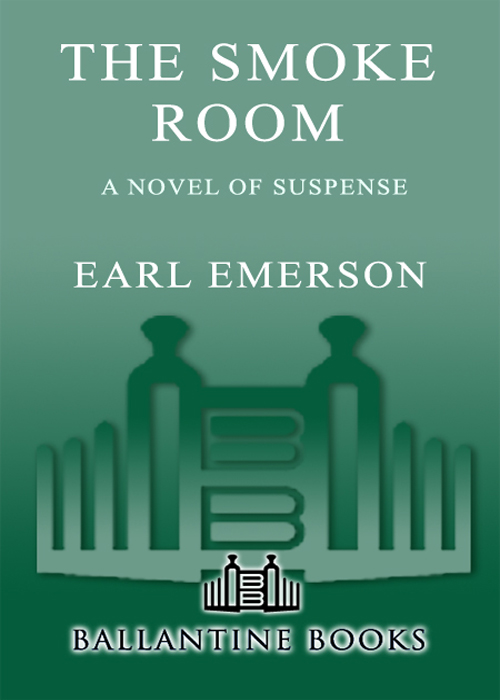 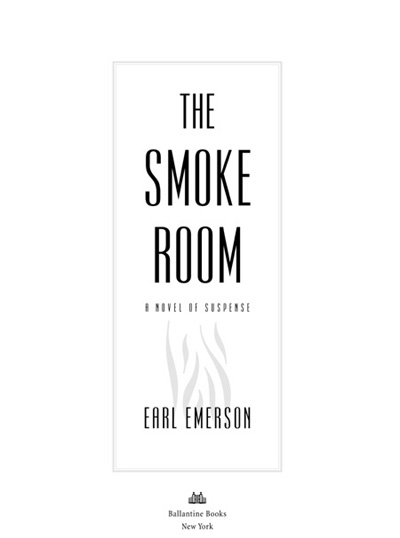 1. HOWLING IN THE DEEP BLUE TWILIGHT

5. GET OUT THE UMBRELLA, PAL

7. CADAVER IN THE CAT HOUSE

10. WHAT DID THE SEVEN DWARFS DO AFTER SNOW WHITE WOKE UP?

15. PUSHED IN, SEALED UP, FUCKED OVER

16. THREE-LEGGED DOG IN A CAGE

18. UNTIL I OPENED MY BIG MOUTH

19. WEARING YOUR ASS FOR A HATBAND

26. WRESTLING WITH WOMEN IN THE DARK

31. ALL THE THINGS YOU CAN NEVER SAY TO ANYONE—EVER

32. FINDING JESUS AND KILLING YOUR FRIENDS

33. A MAJOR CLUE FOR ALL YOU THIEVES, MURDERERS, ARSONISTS, TURDDD-DROPPERS, AND MOTHER-BEATERS

35. MADE THEM SENSE OF NONE

36. GUM APPEARS TO BE A SIMPLETON

40. THE ONE-EYED MAN HAS A BLIND DATE

41. I JUST CAME FROM MISSOURI

47. THE KING OF NOT GETS KISSED AND SLAPPED

48. I MISTAKENLY TELL THEM TO SEARCH MY CAR

Other Books by Earl Emerson

What good is happiness? It can’t buy money.

Be good and you will be lonesome.

1. HOWLING IN THE DEEP BLUE TWILIGHT

EXPERTS ESTIMATED THE
pig fell just over 11,000 feet before it plunged through Iola Pederson’s roof.

The lone witness had been snitching cherry tomatoes from a pot on his neighbor’s front porch when he looked up and spotted the hog as it tumbled through the deep blue twilight. Whether the hog had been howling because he was delighted with the flight or because of the rapidly approaching earth, nobody ever knew. Ultimately the critter pierced Iola Pederson’s roof with the sound of a man putting his foot through a rotten porch.

The pig’s demise pretty much signaled the end of all my ambitions.

My name is Jason Gum. Just call me Gum.

At the time, I was twenty-four years old and had been a Seattle firefighter just under two years but was already studying to take the lieutenant’s examination in another year. I was aiming to be chief of the department. It was ambitious, I know, but the way I figured it, you need goals if you are going anywhere in life—goals and a straight and narrow pathway.

Engine 29 runs out of a sleepy little station in a residential district in West Seattle. Four people work off the rig: an officer, a driver, and two of us in back. On the day we got the call to check out Iola Pederson’s roof, I was working a rare turn on B shift. Stanislow had less time in than I did, and I could tell she was looking to my lead as we raced toward the scene of what the radio report said was a rocket into a house. I knew not to get too worked up until we’d evaluated the scene ourselves.

“I wonder if it’s an accidental firing from the submarine base across the water,” said Stanislow. “Christ.”

“It’s probably nothing,” I said.

As we sat in the back of the crew cab watching the streets unfold behind us, Stanislow and I slipped into our MSA harnesses. They’d also dispatched two more engines and two aerial ladders, a chief, a medic unit, and probably an aid car; yet even with all that manpower, Stanislow and I would be first through the door. Life on the tailboard. Cash money couldn’t get a better seat to every little bizarre extravagance of human behavior.

The address was on Hobart Avenue SW, a location drivers from stations outside our district were going to have a hard time finding.

Siren growling, Engine 29 moved through quiet, residential streets until we hit the apex of Bonair Drive, where we swooped down the hillside through a greenbelt that was mostly brown now—Seattle enjoying the driest August on record.

The slate-blue Puget Sound was spread out below us like a blanket. West over the Olympics the sunset was dead except for a few fat razor slashes of pink along the horizon. A hawk tipped his wings and bobbled on air currents over the hillside. Above us a small plane circled.

The house was the only single-family residence on a street of small apartment buildings. The lieutenant turned around and said, “Looks like smoke. I want you guys to lay a preconnect to the front door.”

The driver placed the wheel blocks under the rear duals and started the pump, while I jumped down and grabbed the two-hundred-foot bundle of inch-and-three-quarters hose preconnected to an outlet on the rig and headed toward the house, dropping flakes of dry hose behind me. The officer busied himself on the radio, giving incoming units directions to our location. Because the driver on this shift was noted for filling the line with reckless speed, I moved quickly, not wanting the water pressure to knock me down the way it had Stanislow at her first fire.

In front of the house a man with one of those ubiquitous white Hemingway beards you see on so many old guys sat cross-legged on the turf, covered in blood. Behind him, the living-room windows were broken out, pieces of plate glass littering the lawn like mirrors and reflecting distant city lights, a twilight sky. The roof had a hole in it the size of a duffel bag. All I could think was that the man on the lawn had been burned and wounded, possibly in an explosion.

“Anybody inside?” I asked.

Stanislow stooped beside the victim. “What happened?”

“A bomb,” Stanislow said. “Did you hear that, Gum? What if there’s another one?”

“You got any explosives in the house?” I asked.

“Just a few bullets. But
I
didn’t do this. It came from up there.” He pointed toward the sky.

Powdery material that might or might not have been smoke drifted out of the hole in the roof. Later we determined it was creosote dust being distributed by the kitchen fan. The broken window frames were draped in a wet substance that appeared remarkably similar to entrails.

As I neared the doorway and the cotton-jacketed hose started to harden at my feet, I clipped my air hose to my face piece and began inhaling compressed air. Stanislow caught up with me but stopped near a gore-festooned window frame. “Jesus. Look at that.”

I pushed the front door open with my boot.

“Only one way to find out.”

“There’s no telling how bad he’s bleeding. I better stay out here and take care of him.”

I picked up the nozzle and went through the front door, keeping low the way we’d been taught, not crawling but not standing, either. When I switched my helmet light on, hundreds of thousands of black motes wafted in the yellow beam. I could see maybe ten feet through the nebula.

It had been close to 90
º
Fahrenheit when we left the station, and experts estimated that under normal working conditions the microclimate inside our turnouts was nearly 150
º
. It was probably higher tonight, which kept me sweating profusely in the heavy, all-encapsulating turnout clothing.

It didn’t occur to me until I entered the structure that I’d been listening to howling for some time now, the noise obscured by the roaring of Engine 29’s motor and pump. The noises might have been coming from an animal. More likely it was a second victim. Most of the ceiling in the main room was on the floor, plaster and broken boards underfoot. I moved through the blackness, at times forced to feel my way, dragging the hose even though there was no sign of heat or fire.

She was hunkered on the floor. The black ink in the air had settled on her like broken spiderwebs. The floor was gooey, and as I reached her I slipped to one knee. When I tipped her head up and peeked through the blood and the black residue covering her face, I was greeted by the most startling blue eyes I’d ever encountered.

She blinked but did not move.

“What happened? Are you all right?”

“There’s a head over there.”

“How many people were here?”

“Just me and Daddy.”

“I don’t know. Maybe somebody came in the back. All I know is, he was huge.”

The furniture had congealed into vague, elusive lumps swathed in plaster and rubble. On the floor in front of the kitchen sink I found a large animal’s head. It took a moment to ascertain the head had belonged to a hog and the material surrounding it was an animal cadaver, half-empty, the entrails spewing this way and that like grotesque Halloween ornaments strung up by a lunatic.

“You’ll be okay.” My Emergency Medical Technician training taught me to start with what we called the ABCs: airway, breathing, and circulation. She’d been making noise, so she had an airway and was breathing. As far as the circulation and bleeding went, she was covered in gore, so I had no way of knowing whether she was bleeding or not.

Speaking into my portable radio, I said, “Command from Engine Twenty-nine, team B. No sign of fire. There’s light smoke in the structure. We’ve got a second victim inside. I’m bringing her out.”

“What happened?” she asked, as I took her arm and stood her up. “Who did this?”

Apparently not, I thought, as she sagged against me.

One arm under her shoulders, the other under her knees, I lugged her through the ravaged interior of the house. As it turned out, she was a full-grown adult, almost as tall as I was—five-eight—and while I wasn’t the strongest firefighter in the department, I managed to get us out the doorway and onto the lawn without either of us falling on our butts.

Outside, Stanislow and our earlier victim were gone.

I set my victim down on the lawn away from the broken glass and got my first good look at her in the twilight. In addition to the blood and guts, she was covered in soot. I took off my helmet, shut down my air supply, and removed my face piece.

“Oh, God,” she said, holding her arms stiffly away from her body. “Can’t you do something? Oh, my God. This is disgusting. Get it off me.”

I yarded the hose line out of the house and cracked the nozzle until water poured out in a limp, silvery stream. “Here.”

She cupped water in her hands and splashed it on her face, picking at her hair. “Oh, God. Just pour it over my head. It’s all in my hair. It’s everywhere.”

I opened the nozzle on flush, giving her what amounted to a cold shower. Underneath the gore and soot she wore a T-shirt and jeans. The cold water emphasized the fact that she wasn’t wearing a bra.

“Is Daddy all right?” she asked, after we’d sluiced the last of the blood and soot out of her hair. “Have you seen Daddy?”

“He’s over by our engine. Anybody else in there?”

As I turned the Task Force nozzle around and screwed up the pressure to knock the crap off my rubber boots, she looked up at me, suddenly bashful. “I must look hideous.”

“No. I think you look terrific.”

Her name was Iola Pederson, she was maybe twenty years older than I was, and although I didn’t know it then, she was the first nail in my coffin.