Read The Song of David Online

The Song of David 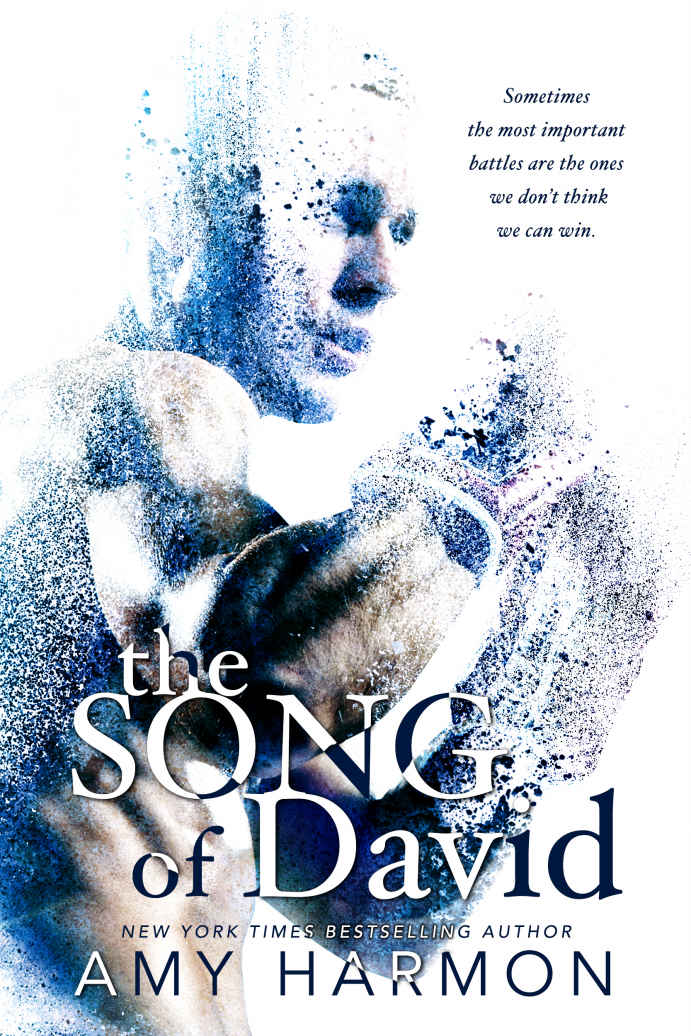 The Song of David

Without limiting the rights under copyright reserved above, no part of this publication may be reproduced, stored in or introduced into a retrieval system, or transmitted, in any form, or by any means (electronic, mechanical, photocopying, recording, or otherwise) without the prior written permission of both the copyright owner and the above publisher of this book.

This is a work of fiction. Names, characters, places, brands, media, and incidents are either the product of the author's imagination or are used fictitiously. The author acknowledges the trademarked status and trademark owners of various products, bands, and/or restaurants referenced in this work of fiction, which have been used without permission. The publication/use of these trademarks is not authorized, associated with, or sponsored by the trademark owners.

MILLIE CALLED ME yesterday morning. Tag is gone. He’s gone, and Millie doesn’t know where to look for him, even if that were possible. He knows she can’t follow him, and that doesn’t sound like Tag. He’s not cruel. Never has been.

The first time I met Millie, I knew Tag had found someone who might keep him still, keep him unraveled. She would happily untangle his knots and force him to slow down, and in return he would love her the way only Tag loves. It seemed like destiny, even though I don’t believe in that shit. You’d think that I would, seeing what I see, knowing what I know, but knowing that there’s a whole lot we don’t understand has made me reluctant to indulge in foreordination, destiny, or things that people say are “meant to be.” Saying something is “meant to be” is a cop out. It’s a way for people to deal when they screw up or when life hands them a bowl of shit stew. The things that are meant to be are the things we can’t control, the things we don’t cause, the things that happen regardless of who or what we are. Like sunsets and snow-fall and natural disasters. I’ve never believed hardship or suffering was meant to be. I’ve never believed relationships were meant to be. We choose. In large part, we choose. We create, we make mistakes, we burn bridges, we build new ones.

But Tag is different. Tag
is
meant to be. He just is. He’s a whirlwind, a tornado you can’t control. He just sucks you up and in, but unlike a natural disaster, he never lets up. He never lets you go. Yet suddenly, without warning, he has. He’s let go.

Three years ago, Tag and I came back to Salt Lake City and we stayed. In the beginning I worried that Tag wouldn’t be able to settle down, and that I would have to let him go. He’s always been restless, driven, and easily bored. When you spend almost six years traveling all over the world, it gets in your blood. The movement, the speed, the freedom. It becomes hard to stay in one place for very long. But he had. We both had. We’d run away together as lost boys looking for Neverland and somehow managed to come full circle as men.

Tag had dug in and developed an entire city block, a world that provided a home for all the people he attracted and adopted along the way. I’d built my reputation, grown my clientele, almost gotten myself killed, eventually reconnected with Georgia, and managed to convince her to marry me. Our daughter, Kathleen, was born six months ago. Tag cried when he held her the first time, completely unconcerned with the fact that he was supposed to be a badass. He had seemed so happy. So whole.

And now, inexplicably, he has let go.

He’s let Millie go. He’s let Tag Team, his businesses, his plans for a title fight, all go. He’s let me go. And none of it makes any sense. If there were signs I hadn’t seen them. And I am the guy that is supposed to see what others can’t. I’m Moses Wright—medium, artist, best friend—and I hadn’t seen the signs.

TAG DIDN’T LEAVE a note and his place was clean. More than clean. Boxed up, cleared out, a realtor’s sign in the window. Tag isn’t an especially tidy person, something he would have had to change if Millie moved in. Obviously his housekeeper had been and gone, but when I called her, she didn’t know anything. Nobody knows anything. Tag didn’t tell anyone he was going. His place is for sale, his truck is gone. He is gone. And he hasn’t left a forwarding address.

He’d left an envelope at the gym with Millie’s name on it. Inside were a set of keys—one to her front door, one to the training facility, one to the bar, one to a filing cabinet in his office at the gym. It took us a while to match the keys to their locks, but we had. It didn’t feel like Tag was taking us on a wild goose chase. That wasn’t his style either. He just didn’t want us to find him. And that scared the shit out of me.