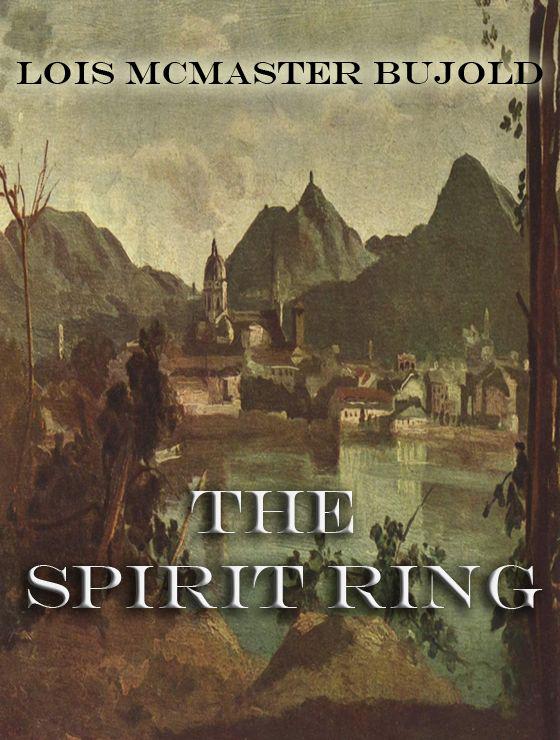 FOR JIM AND TRUDIE

Fiametta turned the lump of warm reddish clay in her hand. "Do you think it's done yet, Papa?" she asked anxiously. "Can I break it open now?"

Her father closed his hand over hers, testing the heat. "Not yet. Set it down, it won't cool the faster for being juggled."

She sighed in impatience and laid the clay ball back down on the workbench in the patch of morning sunlight falling through the window's iron grille. "Can't you put a cooling spell on it?"

He chuckled. “I'll put a cooling spell on you, girl. You have too much of the element of fire in you. Even your mother used to say so." Master Beneforte crossed himself and bowed his head, when naming the dead. The laugh faded a little in his eyes. "Don't burn so fast. It's the banked coals that last the night."

"But you stumble in their dark," Fiametta parried. "What burns fast, burns bright." She leaned her elbows on the bench and scuffed her slipper across the floor tiles, regarding her work. Clay, with a golden heart. In his Sunday sermons, Bishop Monreale often said Man was clay. She felt a melting sense of union with the object on the table, brown and lumpy on the outside—she sighed again—but full of secret promise, if only it could be broken open.

"Then you can melt it down and do it over till you get it right." Her father shrugged. "It will be your own fault, and just what you deserve, for rushing ahead and pouring before I came to watch you. The metal will not be lost, or it shouldn't be—I'll beat you like a real apprentice if you manage such an apprentice's trick as that." He frowned ferociously but, Fiametta sensed, not altogether seriously.

It wasn't the metal she was worried about losing. But she had no intention of confiding her secret, and risking disapproval or derision. When she'd heard her father's step in the hallway she had hastily rubbed away the chalk diagram with spit and her sleeve, and swept the recipe sheet, carefully copied in her best hand, and the set of symbolic objects—salt, dried flowers, a bit of unworked gold, wheat seeds—from the workbench. The apron into which she'd bundled them sat on the end of the table looking dreadfully conspicuous. Papa had, after all, only given her permission to cast
gold
. She hitched her hip over a tall stool, rubbed at the leather apron over her gray wool outer dress, and sniffed at the chill spring air slipping through the workroom's unglazed window.
But it worked! My first investment worked. Or at least... it didn't back-blow.

A pounding penetrated from the house's heavy oak outer door, and a man's voice. "Master Beneforte! Hallo the house! Prospero Beneforte, are you awake in there?"

Fiametta scrambled up to the table, to mash her face against the grille and try to see around the corner of the window frame into the street. "Two men—it's the Duke's steward, Messer Quistelli, Papa. And"—she brightened—"the Swiss captain."

"Ha!" Master Beneforte hastily pulled off his own leather apron and straightened the skirts of his tunic. "Perhaps he brings my bronze, at last! It's about time. Has no one unbarred the door this morning?" He stuck his head through the workroom's other window, which opened onto his house's inner court, and bellowed, "Teseo! Unbar the door!" His graying beard pointed, left and right. "Where is the useless boy? Run and unbar the door, Fiametta. Tuck your hair under your cap first; you're all awry like a washerwoman."

Fiametta hopped down, untied the strings of her plain white linen cap, and with her fingers pushed and combed back strands of her crinkly black hair, which had escaped unnoticed in her absorption with her morning's work. She tightened her cap smoothly over her head again, though in the back a wild cushion of ringlets defied order, cascading over her nape and a third of the way to her waist. She now wished she'd taken the time to braid it at dawn, before racing off to lay the fire in the little cupellation furnace in the corner of the workroom before Papa woke and came down. Better still if she'd put on the real lace cap from Bruges, that Papa had given her last spring for her fifteenth birthday.

The pounding resumed. "Hallo the house!"

Fiametta danced into the stone-paved hallway and slid back the bar of the main door, opened it, and swept a curtsey. "Good morning, Messer Quistelli." And, a breath more shyly, "Captain Ochs."

Messer Quistelli wore long dark robes, like a scholar. The guardsman, Uri Ochs, wore the Duke's livery, a short black tunic with sleeves striped red and gold, and black hose. He bore no metal breastplate nor pike nor helmet this peaceful morning, only the sword at his hip and a black velvet cap with the Duke of Montefoglia's badge on it, perched on his brown hair. The flower-and-bee badge was Master Beneforte's own work, copper-gilt, appearing solid gold, keeping the secret of the captain's relative poverty. The Swiss sent half his pay home to his mother, Master Beneforte had whispered, shaking his head, whether in admiration for this filial piety or dismay at his financial fecklessness, Fiametta had not been sure. Captain Ochs's legs filled his hose neatly, though, no sad drooping bags to them like the leggings of skinny young apprentices or dried old men.

"From the Duke?" Fiametta asked in hope. The leather purse hanging at Messer Quistelli's waist next to his glasses bulged in a most promising manner. But then, the Duke was always promising, Papa said. Fiametta ushered the men inside and led them into the front workroom, where Master Beneforte advanced on them, rubbing his hands in greeting.

"Good morning, gentlemen! I trust you bring good news about the bronze Duke Sandrino promised me for my great work? Sixteen pigs of copper, mind you, no less. Are the arrangements made yet?"

Messer Quistelli shrugged against this importunity. "Not yet. Though I'm sure by the time you're ready, Master, so will the metal be." His raised brow had a faint ironic tilt, and Master Beneforte frowned. Her father had a nose like a hunting dog for the faintest slight or insult; Fiametta held her breath. But Messer Quistelli went on, touching the purse at his belt. "I do bring you my lord's allowance for your wood and wax and workmen."

"Even I am not so great a conjurer as to be able to make bronze from wax and wood," growled Master Beneforte. But he reached for the purse anyway.

Messer Quistelli turned slightly away. "Your skill is unquestioned, Master. It is your speed my lord has come to doubt. Perhaps you try to take on too many commissions, to the detriment of all?"

"I must use my time efficiently, if my household is to eat," Master Beneforte said stiffly. "If my lord Duke wishes his wife to stop ordering jewelry, he should take it up with her, not me."

"I have pressed it forward with incessant industry. As I have said."

"It lacks only the enameling."

"And, perhaps, the functionary spells?" Messer Quistelli suggested. "Have you laid them on yet?"

"
Not
laid on," said Master Beneforte in a tone of injured dignity. "This is no hedge-magician's spell of seeming your lord requires of me. The spell is integral, built-in, worked along with each stroke of my chisel."

"Duke Sandrino requires me to observe its progress," said Messer Quistelli a shade more diffidently. "The news is not general yet, but I am to tell you in confidence, his daughter's betrothal is being negotiated. He wants to be sure the saltcellar is finished in time for the betrothal banquet."

"Ah." Master Beneforte's face lightened. "A worthy debut for my art. When is it planned?"

"The end of this month."

"So soon! And who is the fortunate bridegroom to be?"

There was a distinct pause. "I see my lord Duke's urgency," said Master Beneforte.

"Fiametta." Master Beneforte turned to her, taking a ring of keys from his girdle. "Run and fetch the golden saltcellar from the chest in my room. Mind you lock both chest and door again behind you."

Fiametta took the keys and exited at a ladylike walk, no childish skipping under the eyes of the Swiss captain, until she reached the stairs in the courtyard to the upper gallery, which she took two at a time.

The big iron-bound chest at the foot of her father's bed contained a dozen leather-bound books, several stacks of notes and papers tied with ribbons—anxiously, she tried to remember if she had indeed replaced them last time identically to their previous arrangement—and a polished walnut box. The chest was redolent with the aromas of paper, leather, ink, and magic. She lifted out the heavy box and relocked both chest and room with the complex filigreed iron keys. She could feel the spells of warding slide into place along with the bolts, a tiny jolt up the nerves of her hand. Most potent, to be sensed at all, given Papa's incessant drive for subtlety in his art. She returned to the downstairs workroom. Her light leather slippers padded almost silently across the flagstones as she approached. A chance word in the captain's voice caught her ear; she stiffened and listened outside the workroom door.

"— your daughter's mother Moorish, then, or Blackamoor?"

"Ethiope, surely," Messer Quistelli opined. "Was she a slave of yours?"

My Life with Cleopatra by Walter Wanger
My Epic Fairy Tale Fail by Anna Staniszewski
Beethoven: Anguish and Triumph by Swafford, Jan
The Saint John's Fern by Kate Sedley
Half of Paradise by James Lee Burke
Silent House by Orhan Pamuk
Sleight of Hand by CJ Lyons
The Search For WondLa by Tony DiTerlizzi
Chasing Carolyn by Viola Grace
the Source (2008) by Cordy| Michael