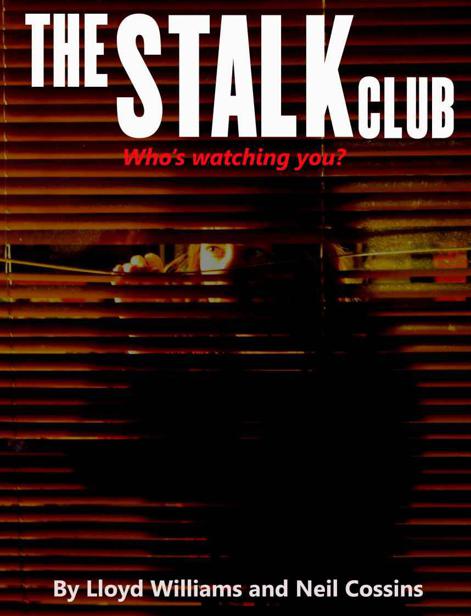 By Neil
Cossins and Lloyd
Williams

The mist gathered on the quiet Clyde River, curling and
twisting in gentle eddies on the breeze.  It moved up the bank at a low point
and billowed across the land, an invasion of fog that would remain until
conquered by the sun later in the day.  A battered old Bedford tow truck gently
backed down the slope toward the river’s edge, its burbling V8 engine the only
man-made sound interrupting the dawn cacophony of lonely frog and bird calls.

The tow truck driver was old and tired but had dragged
himself away from his warm bed and come down to the river nonetheless.  He had
always found it hard to say no to a job.  With engine still running he tugged a
lever at the rear of the truck, reversing its winch and playing out the twenty
millimetre diameter cable that was tipped by two large battered steel hooks.
When he gauged that he had enough length coiled around his still thick arm he
passed it over to a diver in full wetsuit with a single tank strapped to his
back.

The diver, a local tourist instructor who occasionally
moonlighted as a recovery diver for the police, positioned his face mask and
took the coil beneath the steamy water, its weight dragging him down.  His
ripples quickly faded, his bubbles the only telltale sign of his sub-surface
movements to those who watched from the bank.  A couple of minutes later he
returned to the surface and gave a wave to the tow truck driver who stood plain-faced
by his truck with arms crossed.  He threw the lever forward and the winch
whined into life and started to take up the slack.  When the cable stiffened,
the tow truck, despite weighing nearly four tonnes, lurched backwards from the
strain and would have been dragged into the river but for the large wooden
wedges that had been placed under the twin rear wheels and spiked into the
ground with steel pegs to hold them fast.  The tow truck driver had done this
sort of work before.

Very slowly the winch and the truck started to win the
battle of inertia and began to wind in its heavy weight.  A car eventually
broke the surface of the smooth water and mist and sent a small bow wave
towards the bank before it.  As it came up onto the bank, water poured from the
door sills and an open rear window.  Two occupants with white skin, bulging
eyes and contorted faces could be seen still occupying the front seats.

A young girl wrapped in a blanket watched on silently,
her face an impassive mask.  Her forehead had been bandaged, but a small spot
of blood seeped through undeterred.  The ambulance paramedics tried to shield
her from the sight with their bodies but she pushed them aside with hidden
strength, her gaze fixed on the car.

Holiday makers from the nearby campground came out of
their tents and Winnebagos to see what had awakened them at such an ungodly
hour and stayed to watch, morbidly transfixed by the gruesome scene playing out
before them.  It would be something newsworthy to share with their relatives
and friends upon returning to their mundane lives.

Constable Fred Carey had been the first to arrive at the
scene at the beckoning of the campground manager.  Initially Carey hadn’t
believed that there was a car in the river because apart from the quiet word of
a traumatised young girl there were no obvious signs of an accident having
taken place.  It wasn’t until he noticed the set of tyre marks leaving the road
and heading towards the river that he began to piece together what had
happened.

Batemans Bay Police Station senior officer, Senior
Sergeant John Soward arrived at the scene at about six-thirty a.m.,
looking and feeling every bit of his fifty-seven years.  Constable Carey
quickly briefed him.  He explained that he had been working on an alcohol breath
testing operation five kilometres down the highway for most of the night when
he’d received the call for assistance at approximately two-thirty a.m..

“Did you get many on the breathalyser last night?” asked
Soward.  He was a large country copper with a proud silver mane of hair swept
back from his forehead and a lined brown face which contrasted with his keen
blue eyes.

“Yeah we got a few.  Big night for a Thursday.”

“Not surprising, seeing it’s a long weekend.  Plenty of
people knocking off early and hitting the sauce.  Let’s have a look at the car
then.”

Soward made a quick inspection of the inside of the car
and its two occupants.  He noted the deep cuts and abrasions on the heads that
seemed consistent with a car accident.  Their faces had been leached white by
the cold water and the river creatures had already begun their recycling
assault on the bodies.  Some continued unabashedly with their feast despite their
new found audience.

As he chatted with Constable Carey about the accident,
Senior Sergeant Soward noticed the rear passenger side window was wound down
and glanced at the slender teenage girl still receiving treatment in the back
of the ambulance.

“Why is she still here?” asked Soward.

“Paramedics only got here about thirty minutes ago.
They’ve had a busy night apparently.”

Soward made his way towards the girl in the ambulance,
silently cursing the ogling campers who stood transfixed, men with arms crossed,
women with their hands over their mouths as they whispered to each other.  They
weren’t locals and they didn’t have the sense to mind their own business.  He
waited beside the paramedics with his notebook in hand until they gave him a
nod and stepped back.  They knew him well enough to know he was a family man
with his own kids.  It would be a gentle inquisition.  Soward looked down at
the girl.  He seemed to dwarf her.  He correctly guessed she was about fifteen
years old, but small and petite for her age.  Her face, which was probably
attractive under normal circumstances, was marked by shock and sadness and
involuntary shivers racked her body beneath her bandages and a silver thermal blanket.

“Kylie, I know you’ve been through a lot but I just want
to ask you a few questions if it’s alright.”  She looked toward him and tried
to focus on his face but the image refused to sharpen.  She blinked repeatedly
until she could see him more clearly.

“Kylie, can you tell me what happened?”

She opened her mouth but it took a few seconds before the
words arrived.

“We...we were coming down to the coast for a break, school
holidays.  It was late.  Dad wanted to avoid the Friday traffic before the long
weekend.”  She stopped and Soward waited a little before prompting her.

She tried to focus but the memories wouldn’t come.  She
grimaced as if trying to force out the pictures in her mind but they only came
in pieces, shattered glimpses.

“We were driving.  Then there were lights, really bright
lights.  We couldn’t see.  They were right in front of us.  We thought we were
going to crash.  Dad had to swerve to miss them and…”

Kylie grimaced as if in pain.  “That’s all I remember.”
Tears flooded her eyes and she buried her head in her hands and quietly cried,
her body shaking.  Soward put an arm around her as if she was his own daughter.

“You’re doin’ real good honey.  You’re being real brave.
Can you remember anything about the other car?”

“All I could see were lights,” she replied in between
sobs.  “Lots of lights.  It was big, maybe it was a dark colour.  I don’t
know.”

“Did you see the driver?”

She continued crying and shook her head.  Soward decided
to give up for the time being.  She’d had enough, more than enough.  He hoped
she would remember more when he visited her later at the hospital.

Her description of events made sense to Soward.
Constable Carey had pointed out the two sets of tyre marks to him upon his
arrival.  He walked up to the road for another look, noticing the arrival of
another squad car.  The skid marks from girl’s car started in the left hand
lane, travelling east toward the coast, and then veered onto the gravel
shoulder of the road.  Soward surmised that once the tyres hit the shoulder the
car would have lost traction, speared off the road and become briefly airborne
before crashing through bushes and reeds and into the cold, dark river.  The bushes
and reeds had disguised the accident almost completely to the casual observer
as they had flexibly bounced back into place with little damage after the car
passed through them.

Carey explained to Soward that the girl had somehow
managed to escape from her parents’ tomb, swim to shore and crawl up the
riverbank.  He had found a pool of blood where she had apparently rested or
blacked out for a while after which she then managed to drag herself another two
hundred metres to the campground to raise the alarm.

The diver, who was a personal friend of Constable Carey’s,
had said the car came to rest on the bottom of the river, almost fifteen metres
out from the bank in water that was over five metres deep.  Soward shook his
head in amazement that the girl had managed to escape at all.

The Marriage Bed by Constance Beresford-Howe
Only We Know by Simon Packham
Dark Muse by David Simms
Spirit Walker by Michelle Paver
Inside SEAL Team Six by Don Mann and Ralph Pezzullo
The Veiled Threat by Alan Dean Foster
Temptation in a Kilt by Victoria Roberts
The Cantaloupe Thief by Deb Richardson-Moore
A Secret Between Friends: A New Zealand Sexy Beach Romance (Treats to Tempt You Book 6) by Serenity Woods
The Beach Wedding (Married in Malibu Book 1) by Lucy Kevin, Bella Andre