The Sudden Arrival of Violence: A Glasgow Underworld Novel 3 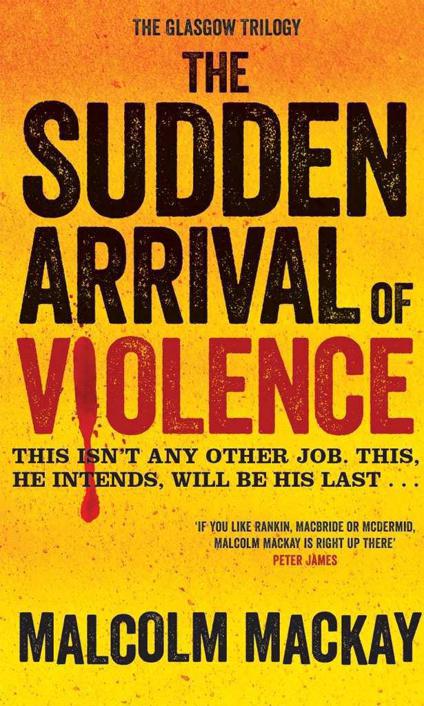 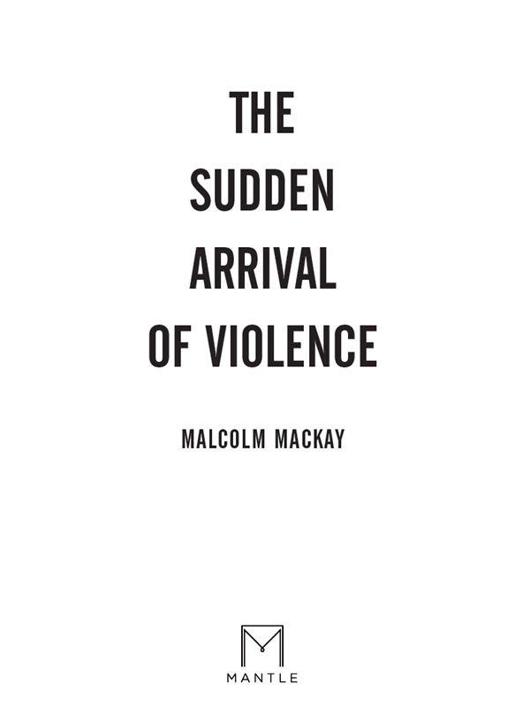 Calum MacLean
– So much talent, and he doesn’t want to use it. Used his talent as a gunman on Frank, a man he cared about. Now he wants a different life.

Peter Jamieson
– Too many distractions, too many betrayals. Now he needs to get back to what he does best, taking down enemies and making money through his criminal organization.

John Young
– It was rough when Frank stabbed them in the back. Now they move forward, with Young the schemer as Jamieson’s right-hand man.

DI Michael Fisher
– Cases have slipped through his fingers. Possible informants falling away. People are starting to talk. Maybe he’s not the hot talent in the city any more.

William MacLean
– For years he’s been worrying about Calum, his little brother. There’s nothing he wouldn’t do to help him escape his life as a gunman.

Hugh ‘Shug’ Francis
– First lesson you learn when you run a criminal business is that you can’t do it alone. Make the right deals, and everything can work your way.

David ‘Fizzy’ Waters
– He’s Shug’s right-hand man, and he’d go to the ends of the Earth for him. But there are risks being taken and sacrifices made that don’t sit well.

Kenny McBride
– He’s just a driver, but he got nervous. He went to Fisher and talked. But it doesn’t have to be a big deal, so long as Jamieson never finds out.

Shaun Hutton
– Shug’s gunman, which is – so far – an easy thing to be. But he’s always worked the right angles, stayed friends with the right people.

George Daly
– You spend your life content to be menial muscle for Jamieson, but your talent won’t let you be happy. Others want more, including the betrayal of friends.

Deana Burke
– She loves Kenny, but he can be weak sometimes. She pushed him towards the police and is praying it doesn’t come back to haunt her.

Richard Hardy
– With decades of experience as an accountant, he knows how to work a book. Shug trusts him with all his financial affairs.

Alex MacArthur
– You don’t become one of the biggest gangsters in any city by standing still. You pick your opportunities, and look for profit in every corner.

Nate Colgan
– Perhaps the most quietly intimidating man in the city. You pay him, he does the job and you don’t ever expect to be friends.

PC Joseph Higgins
– Does talking to Young make him bent? Well, he talks, but he does his best and, as his confidence grows, his best is getting better.

PC Paul Greig
– The bigger the web you weave, the more likely you are to get yourself entangled. How long can anyone keep doing the things he does?

Don Park
– Many people think he’s MacArthur’s natural successor. One of MacArthur’s senior men, he clearly sees himself as the future.

Barry Fairly
– One thing people in the criminal industry will always need is counterfeit IDs. A good counterfeiter like Barry can make a killing, so long as he doesn’t make enemies.

Frank MacLeod
– A legendary gunman, a father-figure for Jamieson. But he screwed up, and he wouldn’t accept being retired. Jamieson had no choice but to order his killing.

DC Ian Davies
– There’s a real danger, if he keeps working in the same office as Fisher, that he’s going to have to do some actual work soon.

Emma Munro
– Her relationship with Calum could have gone somewhere, if she hadn’t found out what he is. She found out because Young wanted her to, and she walked.

Kirk Webster
– Nobody wants to employ a man like Kirk, but many people have to. He works for a phone company, which makes him a useful idiot.

DCI Anthony Reid
– People are losing faith in Fisher, but it’s Reid’s opinion that matters. For now, he still believes in his most dogged officer.

Elaine Francis
– She loves her husband, but she’s watching Shug change. He’s taking decisions that alter her life and their children’s lives, and she can say nothing.

Tommy Scott
– He had so much ambition when he started dealing for Shug. He thought he had the better of Frank, until Calum turned up and killed him.

Andy ‘Clueless’ McClure
– Clueless always followed Tommy, even to the grave. Calum killed them both, rescued Frank and let Clueless take the blame for a murder-suicide.

Lewis Winter
– He was Shug’s first attempt at impacting on the drug trade. He was a bad attempt, and Calum had no trouble removing him on Jamieson’s behalf.

Glen Davidson
– Shug’s second attempt. An ill-judged revenge effort to kill Calum, which ended with Davidson dead and Shug back at square one.

PC Marcus Matheson
– Any young cop needs to catch the eye of the senior officers, make a good impression. Matheson’s doing his best.

Roy Bowles
– A little old man, so nice to everyone he meets. He’s been selling guns to people like Calum for decades and is indirectly responsible for a lot of dead bodies.

Des Collins
– One of Alex MacArthur’s gunmen. A tough cookie, with a track record everyone knows about.

Alan Bavidge
– He seemed like such a nice guy, but there was always a darkness there. He worked for Billy Patterson, which tells you plenty. Then someone killed him.

Billy Patterson
– He runs a competent business. Debt collection, that sort of thing. Always been good at avoiding stepping on toes.

Helen Harrison
– A likeable middle-aged lady, working for a charity she believes in. Their office is right across the hall from that nice Mr Hardy.

Ashraf Dutta
– One thing he has in common with Shug is that he trusts Hardy with his finances. Mr Dutta has less to hide, and cares more about his accountant.

PC Tom McIntyre
– When you’ve been a PC for nearly a decade you do get tired of the enthusiasm of your younger colleagues.

Tony O’Connor
– The strength of Shug’s car-ring comes from men like Tony. A longtime friend, an excellent steady hand to run a garage.

Maurice ‘Sly’ Cooper
– He’s been a mate of William MacLean for years. Everyone likes William; nobody knows anything about his brother.

Morven Rae
– She was William’s girlfriend for six years, and he still wouldn’t marry her. She walked, and William doesn’t like to talk about it, if you don’t mind.

Kevin Currie
– One of Jamieson’s best earners, with his tax-free cigarettes and alcohol. The sort of self-assured guy that organizations need.

Angus Lafferty
– Another vital cog for Jamieson. A drug importer, a key part of the process and a profitable man. Profitable makes you popular.

DC Curtis Baird
– He doesn’t strive for anonymity like DC Davies, but it’s rather thrust upon him by Fisher’s dominant attitude.

Marty Jones
– Bearable only for the profits he makes from women and moneylending. Still trying to wriggle back into the good books after keeping more of those profits for himself than he should.

Potty Cruickshank
– A second generation loan-shark, and one of the biggest sharks in the city, in every sense. Fat, fearsome and no friend to anyone he can’t dominate and make money from.

Bobby Wayne
– Runs a large warehouse in the city, which is a useful thing for people like Peter Jamieson who need places to move their product through.

Greg Lacock
– A middle-aged, chubby, arrogant man who wrongly thought he could become a big player. He was Calum’s first employer in the business.

Alasdair Marston
– He owned William’s garage before William did, and was a friend of Lacock’s. He hired William, Lacock hired Calum.

Stan Austin
– Was an old school-friend of William’s, did some work for Lacock. One perceived slight later, and Lacock sent Calum round to use his fists.

David Kirkpatrick
– He was, apparently, a threat to Lacock and his business. He was then the first person Calum was ever hired to kill.

Charles Simpson
– A lawyer, and a good one. Good means expensive, and means that you have to be someone like Peter Jamieson to afford his services.

He’s working later than intended. It’s after seven o’clock in the evening now. Late enough to call it a good day’s work. Putting documents away. All into their folders, placed neatly on the shelf. He’ll be working on them again tomorrow. It’s boring work, sure, but he long ago reconciled himself to that. He’s been doing accounts for thirty-five years; you can reconcile yourself to anything in that time. Might be different if it was a bigger operation. Way back in time, when he’d had ambition, he thought he could build something exciting. Gave up on that. Richard Hardy is happy with what he has now. A one-man company. A little office in a small building where he looks after his select group of loyal customers. There are two offices downstairs; he doesn’t see the people there much. A small charity has the office across the hall from his – something for the children of the very poor. Run by two middle-aged, well-meaning women. Richard used to have a secretary, but he had to let her go. Tough times. But he’s surviving.

His customers are loyal because of the type of accountant he is. Reliable, solid, silent. Most of his clients are small-business owners, honest enough on the surface. They just want to catch a break now and then. It’s hard for them, Richard understands that. Moving money around saves some of it for the client. There’s nothing immoral about that, in his eyes. These people work hard; he helps them gain the fullest rewards. Surely the legal system has bigger things to worry about.

He’s getting his coat from the peg on the back of the office door. Cold night out. He’s not in any hurry. There’s nobody waiting for him at home. His wife died twelve years ago now; they had no kids. More her choice than his. He didn’t mind, not as long as she was there. Once she was gone, it got lonely. Would’ve been nice to have a family then. Twelve-hour working days eat away at the loneliness. His accounts have become his children. That thought makes him feel sad and pathetic.

Locking the office door carefully behind him. It’s a nice area these days. Wasn’t so quiet when he first got the office, but they’ve cleaned up around here in the last two decades. Never had a break-in, but you can’t be too careful. He has a client who develops property and rents it out. Some might call him a slum landlord, but Richard’s always thought that was unfair. People on very low incomes need somewhere to live, and they can hardly expect the Ritz. Anyway, this fellow had a string of break-ins at his office. The police figured it was something to do with his work, a disgruntled someone or other. They warned people connected with his business to be careful, Richard included. Really, though, what can you do? If people want to smash their way in, they will.