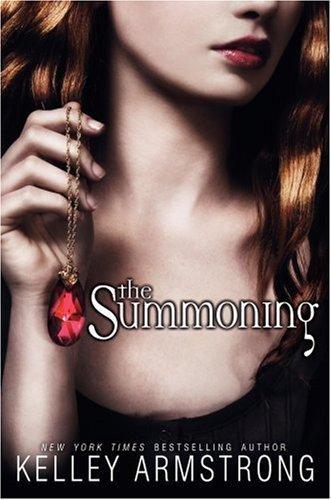 To my daughter, Julia, for enduring my questions on teen life without too much eye-rolling.

MOMMY FORGOT TO WARN the new babysitter about the basement.

Chloe teetered on the top step, chubby hands reaching up to clutch both railings, her arms shaking so much she could barely hang on. Her legs shook, too, the Scooby Doo heads on her slippers bobbing. Even her breath shook, puffing like she’d been running.

“Chloe?” Emily’s muffled voice drifted up from the dark basement. “Your mom said the Coke’s in the cold cellar, but I can’t find it. Can you come down and help me?”

Mommy said she’d told Emily about the basement. Chloe was sure of it. She closed her eyes and thought hard. Before Mommy and Daddy left for the party, she’d been playing in the TV room. Mommy had called, and Chloe had run into the front hall where Mommy had scooped her up in a hug, laughing when Chloe’s doll poked her eye.

“I see you’re playing with Princess—I mean,
Pirate
Jasmine. Has she rescued poor Aladdin from the evil genie yet?”

Chloe shook her head, then whispered, “Did you tell Emily about the basement?”

“I most certainly did. No basements for Miss Chloe. That door stays closed.” When Daddy came around the corner, Mommy said, “We really need to talk about moving, Steve.”

“Say the word and the sign goes up.” Daddy ruffled Chloe’s hair. “Be good for Emily, kiddo.”

And then they were gone.

“Chloe, I know you can hear me,” Emily yelled.

Chloe peeled her fingers from the railing and stuck them in her ears.

Chloe made her feet move down one step. The back of her throat hurt and everything looked fuzzy, like she was going to cry.

“Chloe Saunders, you have five seconds or I’ll drag you down here and lock the door.”

Chloe raced down the steps so fast her feet tangled and she tumbled into a heap on the landing. She lay there, ankle throbbing, tears burning her eyes as she peered into the basement, with its creaks and smells and shadows. And Mrs. Hobb.

There’d been others, before Mrs. Hobb scared them away. Like old Mrs. Miller, who’d play peek-a-boo with Chloe and call her Mary. And Mr. Drake, who’d ask weird questions, like whether anyone lived on the moon yet, and most times Chloe didn’t know the answer, but he’d still smile and tell her she was a good girl.

She used to like coming downstairs and talking to the people. All she had to do was not look behind the furnace, where a man hung from the ceiling, his face all purple and puffy. He never said anything, but seeing him always made Chloe’s tummy hurt.

Mommy would say “Think about the good parts, not the bad.” So as Chloe walked down the last three steps, she remembered Mrs. Miller and Mr. Drake and she didn’t think about Mrs. Hobb at all … or not very much.

At the bottom, she squinted into the near darkness. Just the night lights were on, the ones Mommy had put everywhere when Chloe started saying she didn’t want to go downstairs and Mommy thought she was afraid of the dark, which she was, a little, but only because the dark meant Mrs. Hobb could sneak up on her.

Chloe could see the cold cellar door, though, so she kept her eyes on that and walked as fast as she could. When something moved, she forgot about not looking, but it was only the hanging man, and all she could see was his hand peeking from behind the furnace as he swayed.

She ran to the cold cellar door and yanked it open. Inside, it was pitch black.

“Chloe?” Emily called from the darkness.

Chloe clenched her fists. Now Emily was being
really
mean. Hiding on her—

“Come on, Chloe. You aren’t afraid of the dark, are you?” Emily laughed. “I guess you’re still a little baby after all.”

Chloe scowled. Emily didn’t know anything. Just a stupid, mean girl. Chloe would get her Coke, then run upstairs and tell Mommy, and Emily would never babysit her again.

She leaned into the tiny room, trying to remember where Mommy kept the Coke. That was it on the shelf, wasn’t it? She darted over and stood on her tiptoes. Her fingers closed around a cool metal can.

“Chloe? Chloe!” It was Emily’s voice, but far away, shrill. Footsteps pounded across the floor overhead. “Chloe, where are you?”

Chloe dropped the can. It hit the concrete with a crack, then rolled against her foot, hissing and spitting, soda pooling around her slippers.

“Chloe, Chloe, where are you?” mimicked a voice behind her, like Emily’s, but not quite.

In the doorway stood an old woman in a pink housecoat, her eyes and teeth glittering in the dark. Mrs. Hobb. Chloe wanted to squeeze her eyes shut, but she didn’t dare because it only made her madder, made everything worse.

Mrs. Hobb’s skin rippled and squirmed. Then it went black and shiny, crackling like twigs in a campfire. Big chunks fell off, plopping onto the floor. Her hair sizzled and burned away. And then there was nothing left but a skull dotted with scraps of blackened flesh. The jaws opened, the teeth still glittering.

I BOLTED UP IN BED, one hand clutching my pendant, the other wrapped in my sheets. I struggled to recapture wisps of the dream already fluttering away. Something about a basement… a little girl … me? I couldn’t remember ever having a basement—we’d always lived in condo apartments.

A little girl in a basement, something scary … weren’t basements always scary? 1 shivered just thinking about them, dark and damp and empty. But this one hadn’t been empty. There’d been … I couldn’t remember what. A man behind a furnace …?

A bang at my bedroom door made me jump.

“Chloe!” Annette shrieked. “Why hasn’t your alarm gone off? I’m the housekeeper, not your nanny. If you’re late again, I’m calling your father.”

As threats went, this wasn’t exactly the stuff of nightmares. Even if Annette managed to get hold of my dad in Berlin, he’d just pretend to listen, eyes on his BlackBerry, attention riveted to something more important, like the weather forecast. He’d murmur a vague “Yes, I’ll see to it when I get back” and forget all about me the moment he hung up.

I turned on my radio, cranked it up, and crawled out of bed.

A half hour later, I was in my bathroom, getting ready for school.

I pulled the sides of my hair back in clips, glanced in the mirror, and shuddered. The style made me look twelve years old … and I didn’t need any help. I’d just turned fifteen and servers still handed me the kiddie menu in restaurants. I couldn’t blame them. I was five foot nothing with curves that only showed if I wore tight jeans and a tighter T-shirt.

Aunt Lauren swore I’d shoot up—and out—when I finally got my period. By this point, I figured it was “if,” not “when.” Most of my friends had gotten theirs at twelve, eleven even. I tried not to think about it too much, but of course I did. I worried that there was something wrong with me, felt like a freak every time my friends talked about their periods, prayed they didn’t find out I hadn’t gotten mine. Aunt Lauren said I was fine, and she was a doctor, so I guess she’d know. But it still bugged me. A lot.

“I’m on the toilet,” I shouted back. “Can I get some privacy maybe?”

I tried just one clip at the back of my head, holding the sides up. Not bad. When I turned my head for a side view, the clip slid from my baby-fine hair.

I never should have gotten it cut. But I’d been sick of having long, straight, little-girl hair. I’d decided on a shoulder-length, wispy style. On the model it looked great. On me? Not so much.

I eyed the unopened hair color tube. Kari swore red streaks would be perfect in my strawberry blond hair. I couldn’t help thinking I’d look like a candy cane. Still, it might make me look older …

I grabbed the tube of dye, stuffed it in my backpack, and threw open the door.

I took the stairs, as always. The building might change, but my routine never did. The day I’d started kindergarten, my mother held my hand, my Sailor Moon backpack over her other arm as we’d stood at the top of the landing.

And we were off, racing down the stairs until we reached the bottom, panting and giggling, the floor swaying and sliding under our unsteady feet, all the fears over my first school day gone.

I paused at the bottom, touching the necklace under my T-shirt, then shook off the memories, hoisted my backpack, and walked from the stairwell.

After my mom died, we’d moved around Buffalo a lot. My dad flipped luxury apartments, meaning he bought them in buildings in the final stages of construction, then sold them when the work was complete. Since he was away on business most of the time, putting down roots wasn’t important. Not for him, anyway.

This morning, the stairs hadn’t been such a bright idea. My stomach was already fluttering with nerves over my Spanish midterm. I’d screwed up the last test—gone to a weekend sleepover at Beth’s when I should have been studying—and barely passed. Spanish had never been my best subject, but if I didn’t pull it up to a C, Dad might actually notice and start wondering whether an art school had been such a smart choice.

Milos was waiting for me in his cab at the curb. He’d been driving me for two years now, through two moves and three schools. As I got in, he adjusted the visor on my side. The morning sun still hit my eyes, but I didn’t tell him that.

My stomach relaxed as I rubbed my fingers over the familiar rip in the armrest and inhaled chemical pine from the air freshener twisting above the vent.

“I saw a movie last night,” he said as he slid the cab across three lanes. “One of the kind you like.”

“No.” He frowned, lips moving as if testing out word choices. “An action-adventure. You know, lots of guns, things blowing up. A real shoot-‘em-down movie.”

I hated correcting Milos’s English, but he insisted on it. “You mean, a shoot-‘em-up movie.”

He cocked one dark brow. “When you shoot a man, which way does he fall? Up?”

I laughed, and we talked about movies for a while. My favorite subject.

When Milos had to take a call from his dispatcher, I glanced out the side window. A long-haired boy darted from behind a cluster of businessmen. He carried an old-fashioned plastic lunch box with a superhero on it. I was so busy trying to figure out which superhero it was, I didn’t notice where the boy was headed until he leaped off the curb, landing between us and the next car.

The last word was ripped from my lungs as I slammed against my shoulder belt. The driver behind us, and the one behind him, laid on their horns, a chain reaction of protest.

I looked over the hood of the car and saw … nothing. Just an empty lane in front and traffic veering to our left, drivers flashing Milos the finger as they passed.

“Th-th-th—” I clenched my fists, as if that could somehow force the word out.
If you get jammed, take another route
, my speech therapist always said. “I thought I saw some—wha-wha—”

“I’m sorry. I thought I saw someone jump in front of us.”

Milos eased the taxi forward. “That happens to me sometimes, especially if I’m turning my head. I think I see someone, but there’s no one there.”