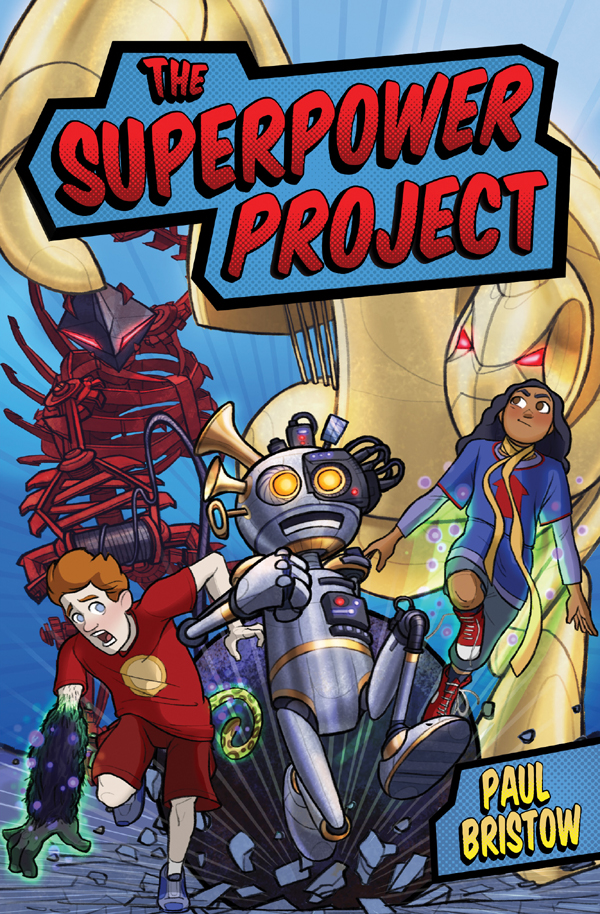 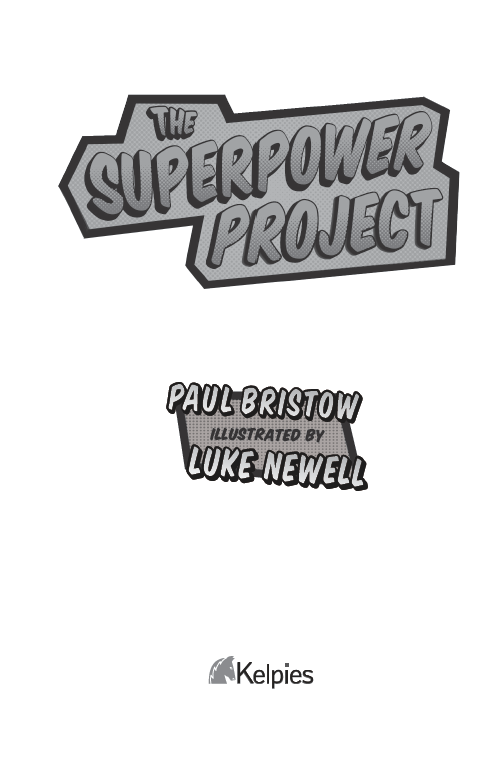 Chapter 1. Up and Down

Chapter 2. Here and There

Chapter 28. Now and Then

For Sharon with love

With me every step of the way

Even on the shoogly steps 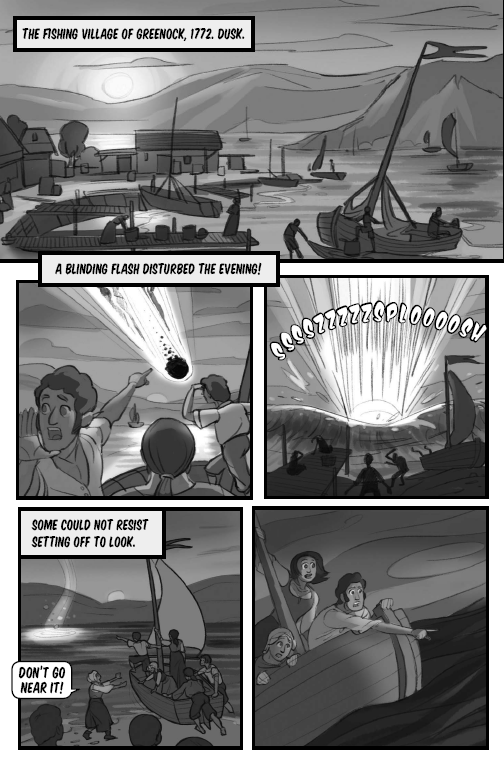 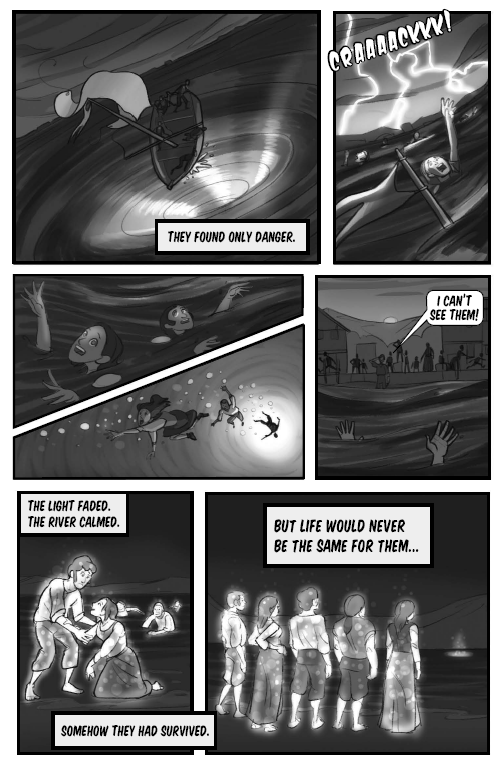 Chapter 1.
Up and Down

There was something strange about the way Megan's gran had exploded. The strangeness wasn't that she was on holiday at the time; it wasn't that it was particularly unlucky because she had won the holiday in a competition; it wasn't even that she was water-skiing when it happened. No. It was that before exploding on faulty water-skis on her unexpected holiday, she had not phoned Megan when she said she would. Gran always phoned. Always.

Megan's mum suggested that it was âmaybe because of all the sangria', but still, it didn't feel right. None of it felt right. Everyone made a sad, understanding face when Megan said this, so she decided to stop talking about it.

Now, weeks later, she sat on her bed, holding a letter her gran had left for her. Megan brushed her dark hair out of her eyes and stared at the envelope some more, not quite ready to open it yet.

The week that followed the explosion had been very strange. Exploding on holiday is clearly quite an inconvenient thing to do; serious black-suited people kept turning up at the house with forms for Mum and Dad to fill in. Newspapers and a television crew wanted to speak to them as well, because it was such a âtragic' and âunusual' story. Megan was pretty sure her gran would have been delighted to be tragic and unusual.

Lots of people were big fans of Megan's gran's books, and sent emails, cards or flowers to say how sad they were at her death. Some even sent little cuddly knitted toys of her monsters. Mum really didn't know what to do with those; even though they were woollen, a few of them were still pretty terrifying. Gorskyn had always been Megan's favourite, so she took one to keep in her room. Its little tentacles had tassels on the end.

She had not been allowed to go to the funeral, because Dad said it would be too sad, which Megan sort of thought was the point. Even clown funerals must be sad. There were no understanding faces when she said this, though. She was certain Mum quietly phoned the doctor.

Instead, while everyone else went up to the hillside cemetery, Megan's great-aunt Gerty had taken her to a cafÃ© in Gourock. The only good thing about this was that Megan had been allowed to take her best friend, Cameron, along too. Cam was slightly more interested in the selection of ice cream than in comforting Megan, but Megan was relieved to have something normal to do. It hadn't felt like a proper goodbye, especially because her aunt had refused to talk about Gran.

“Best not,” she had said. “Your granny Sarah was a lovely lady, but a strange one. All that sad business when she was wee.”

Megan stared at the envelope in her hand. It was from the stationery set she had made Gran for Christmas last year. It had taken ages, but she had made everything by hand, from the paper to the little wooden box it all came in. The letter smelled of Gran's perfume. The last time she'd smelled that perfume was on their pre-holiday walk round the dam, feeding the swans. Gran had said something Megan couldn't stop thinking about.

“Do you remember when I used to read you
The Ugly Duckling
?” asked Gran.

Megan nodded, hoping this wasn't her gran's attempt to start talking about growing up. “You always did a funny duck voice,” she said.

“Wellâ¦ it's a load of rubbish. People spend years waiting to be beautiful swans. What a waste of time. Just be a beautiful duck and get on with it.” Gran had turned and grinned at Megan, but her grin had faded into a look Megan didn't recognise, before she quickly changed the subject. “Come on, you can help me pack â don't let me forget my Nintendo.”

Megan had wanted to tell Gran her secret that day. She knew she would understand, know what to do.

It was too late to tell her now. All too late. All she had was the letter.

No one else was allowed to open or read it: “Your gran made it very clear that we must advise you to open the letter alone,” the lawyer had said when she handed it over.

Now her parents were in bed and it was pitch-black outside, Megan knew it was time. She pulled at the envelope, carefully, as if it were full of diamonds and gunpowder. Inside was a very small piece of paper, some of the vellum parchment Megan had made by flattening out wood pulp.

There can't be much written on that
, thought Megan, a little disappointed.

There were two other items in the envelope: a piece of old newspaper and one of those fold-out street maps of the town. For now, though, Megan was only interested in her letter. Sure enough, it was very short, but the first line said almost everything Megan hoped it would.

Dear Megan, I know why you can fly.

Chapter 2.
Here and There

It was true. Megan could fly. Properly fly. Out of windows and up through clouds. It had started happening a few months ago â she had woken up with her nose squashed almost flat against her ceiling.

At first she thought there must have been an earthquake â there had been a few tremors earlier in the year â but then she realised everything else was still where it was supposed to be. Only she had moved. Megan spent a few moments not falling, and gently moving about by pushing her hands across the ceiling. Then she pushed away and floated, horizontal and happy in the middle of her room.

The best bit, the strangest bit, was how flying had been so easy to work out, how quickly she became good at it, like it was something she had always known how to do â not at all like riding a bike. When Megan was learning how to cycle, she had dented three cars, knocked over a shed and broken a leg. It wasn't even her own leg.

I really want to be able to explain it all to you, but if you are reading this, it's because they finally caught up with me. I can't risk writing it all down. But Megan, I need you to find out for yourself. Follow the map. Then you'll know what you have to do.

All my love sweetheart. Fly safe.

Next, Megan carefully unfolded the map, laying it out on her bed.
Greenock, Port Glasgow and Gourock and Surrounding Environs 1953 Ordnance Survey
. Megan stared at the map, at street names and places she did not recognise, avenues and parkland from long ago. There were five numbered circles on the map. None of them in places she knew. 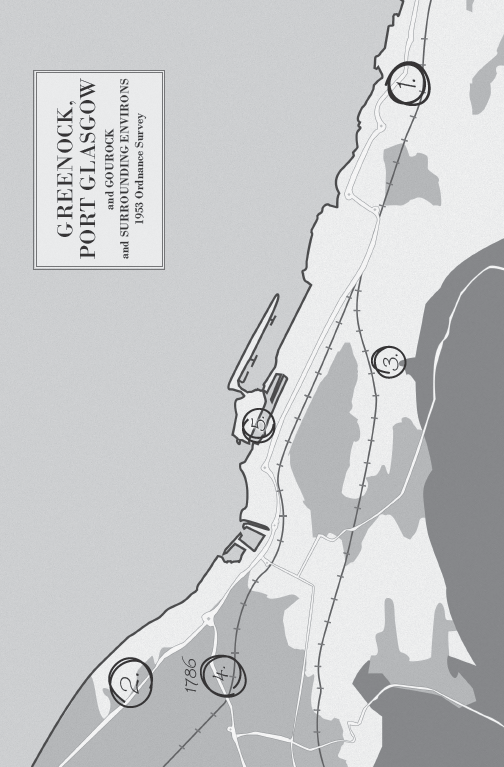 Number one was a hillside in Port Glasgow; number two down by the docks in Greenock. The circle for number three was marked beside what looked like a hospital, but it wasn't where the hospital was now. Four was a cemetery with the date 1786 scrawled above it in Gran's messy handwriting, and five was at the massive old sugar warehouses where they were building a new marina.

This was exactly the sort of thing her gran would do. She used to make treasure hunts for Megan all the time. Most grans just dished out sweeties; Megan's gran would write her strange rhyming clues and have her searching all over the house. The sweets always tasted better when she found them herself.

Child of the Ghosts by Jonathan Moeller
A Hundred Flowers by Gail Tsukiyama
Lair by James Herbert
Private Island: Why Britian Now Belongs to Someone Else by James Meek
Eye of the Tiger by Crissy Smith
Ghostwritten by David Mitchell
La tía Tula by Miguel de Unamuno
Alexandria Link by Steve Berry
Trouble In Spades by Heather Webber
O Master Caliban by Phyllis Gotlieb