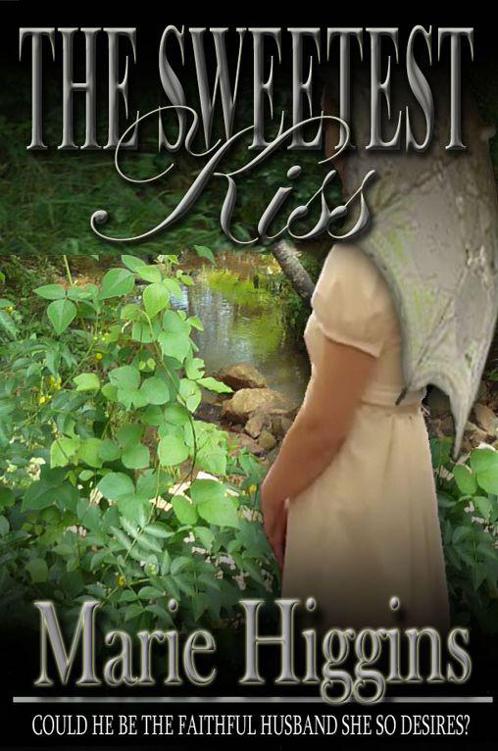 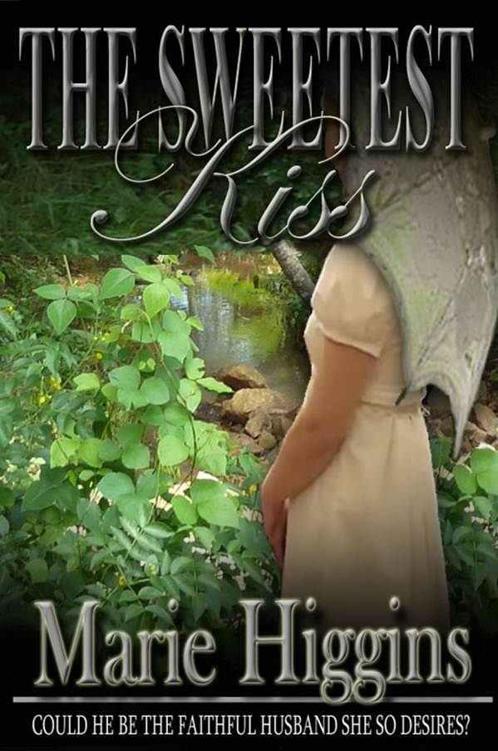 Book
One
in the “Brothers of Worthington” series

The characters and events portrayed in this book are fictitious. Any similarity to real persons, living or
dead,
is purely coincidental and not intended by the author.

This
ebook
is licensed for your personal enjoyment only. This
ebook
may not be re-sold or given away to other people. If you would like to share this book with another person, please purchase an additional copy for each person you share it with. If you're reading this book and did not purchase it, or it was not purchased for your use only, then you should return and purchase your own copy. Thank you for respecting the author's work.

For more information about author:

Lord Trey Worthington isn’t about to give his heart to a woman. He does not want a marriage like his parents. But when his mother brings a childhood acquaintance into the home to sponsor into society, Trey has to get Miss Faraday trained properly. The more he gets to know Judith, the more he yearns for something he doesn’t dare reach for. Judith is after a faithful husband—something Trey has been convinced most of his life he’ll never become.

Judith Faraday is only after one thing—to marry her Naval Officer and enjoy a life full of love. She’s doubtful her dream will ever come true while living as the ward to the dowager duchess. However, the longer Judith is with the dowager’s son, Trey, an attraction blossoms. Judith now wonders if God has different plans for her life, because Trey doesn’t believe in the sanctity of marriage…the very thing Judith cannot do without.

I want to dedicate this book to two wonderful ladies who I love so much – Elizabeth &
Alishia
Saunders. They are the best editors I’ve ever had!

And to my critique partner and best friend, Melissa Lynne Blue, thank you for everything!

I also want to dedicate my first Regency romance to my Regency author friend, Wanda Luce. I may not write like a modern-day Jane Austen like you do, but I love Regencies just the same!
Chapter One

Silence was most important. It could mean the difference between freedom and imprisonment.

Judith Faraday lifted on the tiptoes of her riding boots, and crept out of her second-story bedroom. She inched down a hall, ears tuned to any rustling from the servants, but this early in the morning, naught but silence met her. Cautious, she descended the stairs until her weight depressed a loose tread board, the creak vibrating off the high walls. She stopped. Holding her breath, she strained to listen to all the sounds around her. Except for the wild beating of her heart, everything seemed normal.

She reached the hallway without anyone crying an alarm that she’d escaped.

Would her servants understand her plight? It wasn’t in Judith’s nature to stand back and allow everyone to make decisions for her, especially now that she was almost in her twenty-second year. The large inheritance would take care of her for a while, along with her servants. She didn’t need anyone to be her guardian, especially someone she hadn’t seen since she was a child. Yet, if she didn’t leave now, she’d become the ward to Dowager Duchess of Kenbridge. Judith was certain the older woman didn’t remember the spitfire Judith had been as a youngster, or the poor woman wouldn’t be planning to bring her to Mayfair.

Judith recalled a few things about the Worthington family, but foremost in her memory was their ill-mannered son. The youngest boy, Trey, had tortured her endlessly with harmful pranks. True, he’d be a man now since he was quite a few years
older,
and undoubtedly married with children of his own, but she shivered at the thought of laying eyes on him again.

Unfortunately, she would set eyes on him sooner than planned. The dowager stated in her condolence letter after Judith’s parents had died, that since the older woman was under the weather, her youngest son, Lord Trey, would escort Judith to the Worthington estate.

Bile rose in her throat, and with it, her fears of yesteryear. Would he greet her with a snake on the carriage seat? Or perhaps pour honey in her hair?

Rubbing her forehead to release the pressure of a headache, she tiptoed across the floor toward the back door, keeping as quiet as she could. What had her parents been thinking to give her to the dowager? They had taught Judith everything they knew. Self-dependency had always been part of her character, even at a young age. Instead of becoming the ward of a dowager, she should be anticipating marriage.

For the past several months, she’d been secretly engaged to someone her parents didn’t know. Alexander Cutler was the very reason she needed to sneak away this morning.

Her heart clenched. She should have told her parents about the man she loved. Now she had to convince the dowager that she wanted to live the simple life her parents had provided, a wife of an officer in the Royal Navy.

Judith’s steps took a slight bounce as she hurried outside. She would meet Alex at the abandoned cottage a few miles away where they had previously planned their getaway. He’d take her in his arms and carry her off to the closest church to be married at once. Then they’d live as husband and wife for the rest of their days.

At the stable, she glanced back toward the house. Curtains covered every window. Everyone still slept and wouldn’t miss her for another hour. At least that was her hope.

On the horizon, a pink sun peeked between the trees, causing rainbows of light to shine through. She saddled her mare and jumped on the animal’s back, urging the horse onto the road toward her destination. Crisp cool air stung her cheeks as she rode fast. The ribbons on her bonnet flapped in the breeze as she galloped her way across the countryside. Her cape wasn’t as warm as she would have liked, but as soon as the sun rose in the sky, it would heat up the day.

She’d ridden about two miles when shouts echoed behind her in the distance. Her heart plummeted. Had she been discovered missing already? This couldn’t be happening.

Judith groaned, crouched lower and kicked her legs against the mare’s flanks. Noticing a different path off to one side, she urged her horse in that direction. Trees became thicker and the overhanging branches whipped at her face and tore off her bonnet leaving it to fall to the ground. Her cape flew behind her as if she had wings. A few branches caught her dress, leaving rips in her sleeves and skirt. She didn’t care. The further she traveled without being spotted, the better.

The woodsman’s cottage came into view. Alex would be there waiting for her. Judith’s heart pattered in anticipation. As she neared, she slowed the mare, listening to the sounds. Nothing but dead silence. She halted the mare before the cottage.

She reined the horse around, trepidation settled in her chest. Her breath came in gushes, matching the
horse’s
. Her mare had to rest, and hopefully, this structure would serve the purpose.

Several seconds passed with her heartbeat still hammering. In the distance, shouts rang through the air. Judith’s heart dropped as she peaked around the corner of the cottage. For certain she’d been discovered missing, and they would force her home.

Behind her, a horse neighed and branches snapped. She whipped around, clutching tightly to the reins, preparing to flee. Through the thicket, two horses came her way. Her heart lifted with anticipation. Alex?

As they rode closer, she could see her beloved wasn’t one of them. Both men wore black cloaks and knee boots as dark as midnight. Neither resembled nobility. Highwaymen!

Her heart quickened with fear. She needed to leave. Now! Holding in her panic, she kicked her horse and urged the mare into a run. The men behind her shouted, insisting she stop.

She slipped from one side of the saddle to the other, not used to riding fast on a sidesaddle. The muscles in her thighs ached from the pressure of holding them against the horn, and her hands throbbed from gripping the reins so tightly. She mustn’t give up.

The thundering hooves grew closer, and she released a whimper. She didn’t dare look behind to see how close they were as the ground nearly
shook
from their approach.

Strong hands grabbed her around the waist and lifted her from the mare. She screamed, losing her grip on her reins. Immediately, she pressed against one of the men. She’d heard horror stories of what highwaymen did to the women they held for ransom.

Alex, where are you
, her heart cried as she watched her horse ride into the wooded area without her.

The rider’s horse stopped, which made it easier to struggle against him.

Without turning her head to look at the imbecile, she scrunched her forehead. Of course she wanted to lame him. Did he think she’d make this easy for him?

“Please stop, woman. I’m not going to hurt you.”

Famous last words, she was certain. Breathing heavily, she peeked over her shoulder at his face. When his features became clear, she sucked in a quick breath. Highwaymen weren’t supposed to be this handsome. Windswept black hair waved around his head while brilliant blue eyes stared back at her. Didn’t highwaymen wear masks? This one didn’t.

His gaze skimmed over her in a lazy exploration, yet his mouth stretched in a melting grin before he met her eyes.

“Sir, I demand you unhand me.” Her voice shook despite her efforts to sound commanding.

The second rider galloped up to them and stopped. No doubt another thief, yet he didn’t wear a mask, either. Perhaps these men weren’t as she expected. If so, what was their purpose with her?

The man holding her chuckled. “Hawthorne, the woman demands I unhand her.”

The man called Hawthorne chuckled, his gaze never leaving her. “I think you have found
an uncooperative lass
. I fear she’ll be a handful for you.”

The one holding her laughed as he pulled her closer. She screeched and slapped at his hands, but he remained unaffected.

The Letter by Kathryn Hughes
The Eyeball Collector by F. E. Higgins
Linked by Imogen Howson
Dreams: Part One by Krentz, Jayne Ann
LZR-1143: Within by Bryan James
Pictor's Metamorphoses by Hermann Hesse
The Temp by Cates, A. K
30 Nights by Christine d'Abo
A Shade of Vampire by Bella Forrest
The Convenient Wife (A BWWM Steamy Marriage of Convenience Romance) by Imani King