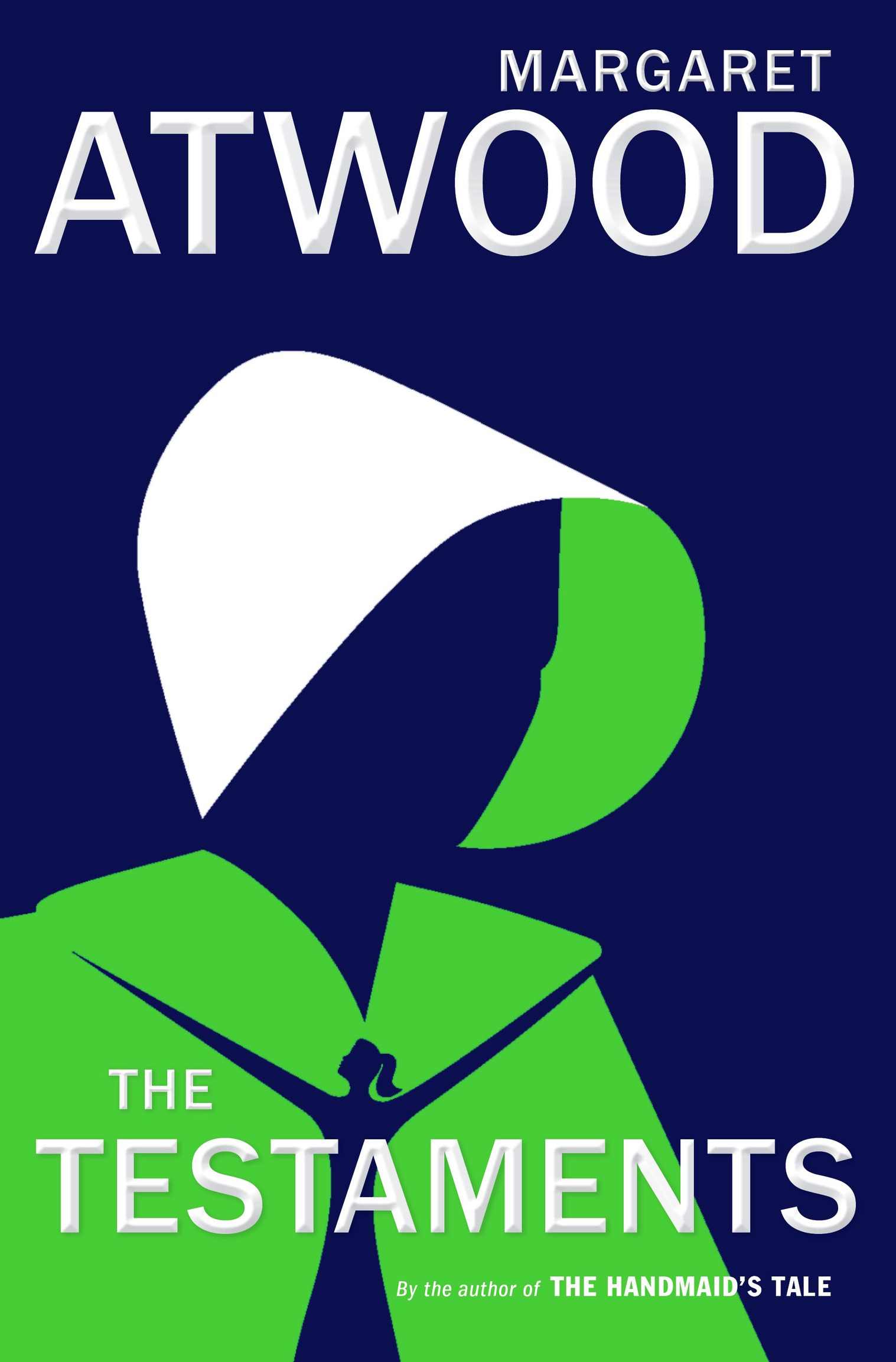 The Year of the Flood

Murder in the Dark

The Animals in That Country

The Journals of Susanna Moodie

Morning in the Burned House

Negotiating with the Dead: A Writer on Writing

Payback: Debt and the Shadow Side of Wealth

In Other Worlds: SF and the Human Imagination

Up in the Tree

Princess Prunella and the Purple Peanut

Rude Ramsay and the Roaring Radishes 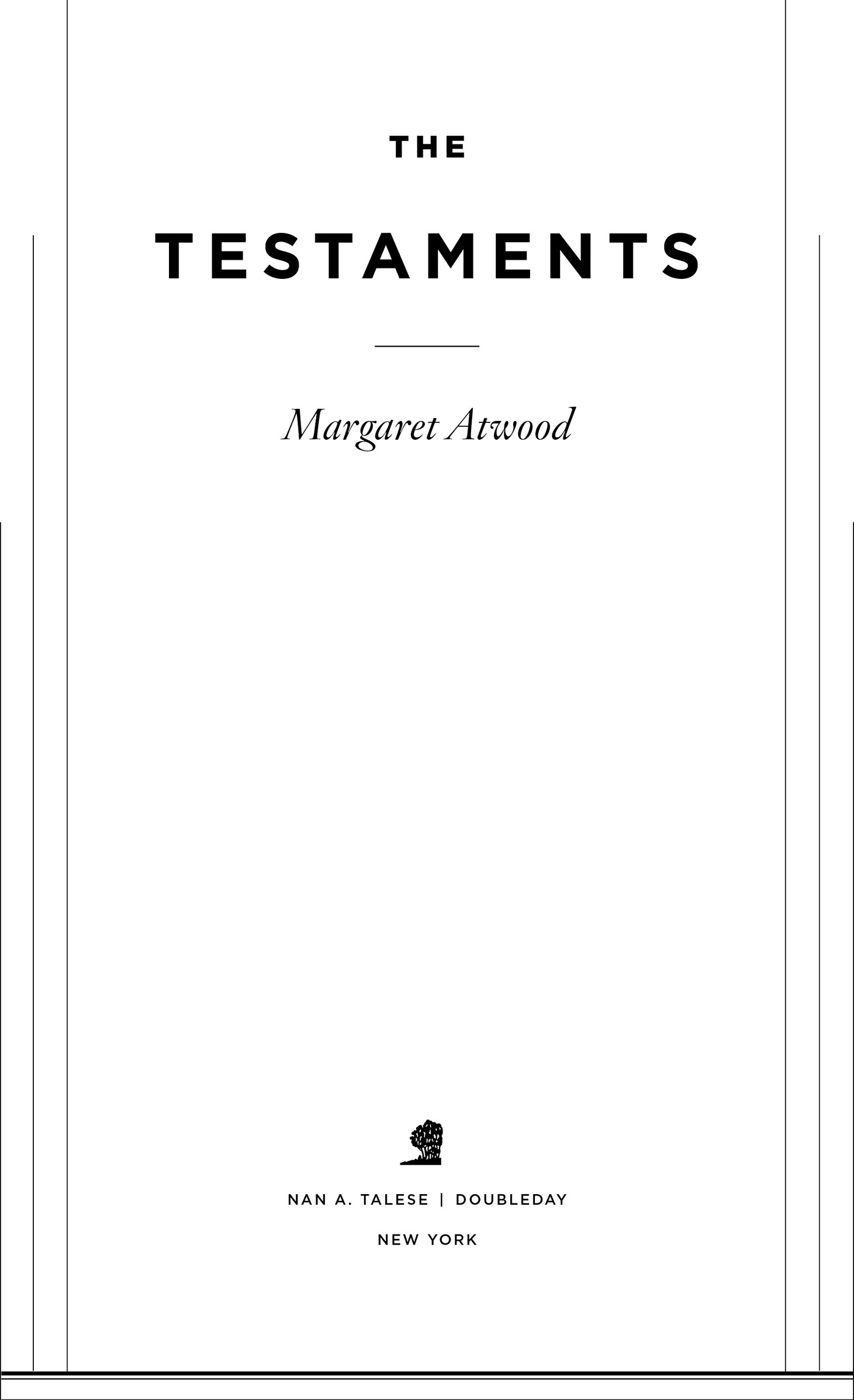 All rights reserved. Published in the United States by Nan A. Talese/Doubleday, a division of Penguin Random House LLC, New York.

“Every woman is supposed to have the same set of motives, or else to be a monster.”

“When we look one another in the face, we’re neither of us just looking at a face we hate—no, we’re gazing into a mirror….Do you really not recognize yourselves in us…?”

“Freedom is a heavy load, a great and strange burden for the spirit to undertake….It is not a gift given, but a choice made, and the choice may be a hard one.” 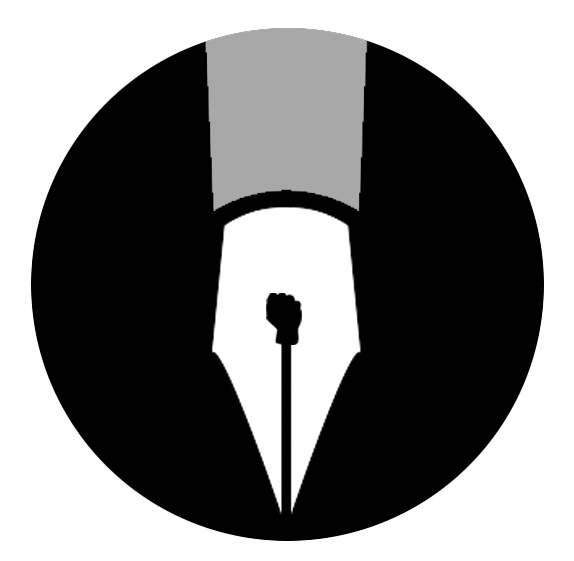 Only dead people are allowed to have statues, but I have been given one while still alive. Already I am petrified.

This statue was a small token of appreciation for my many contributions, said the citation, which was read out by Aunt Vidala. She’d been assigned the task by our superiors, and was far from appreciative. I thanked her with as much modesty as I could summon, then pulled the rope that released the cloth drape shrouding me; it billowed to the ground, and there I stood. We don’t do cheering here at Ardua Hall, but there was some discreet clapping. I inclined my head in a nod.

My statue is larger than life, as statues tend to be, and shows me as younger, slimmer, and in better shape than I’ve been for some time. I am standing straight, shoulders back, my lips curved into a firm but benevolent smile. My eyes are fixed on some cosmic point of reference understood to represent my idealism, my unflinching commitment to duty, my determination to move forward despite all obstacles. Not that anything in the sky would be visible to my statue, placed as it is in a morose cluster of trees and shrubs beside the footpath running in front of Ardua Hall. We Aunts must not be too presumptuous, even in stone.

Clutching my left hand is a girl of seven or eight, gazing up at me with trusting eyes. My right hand rests on the head of a woman crouched at my side, her hair veiled, her eyes upturned in an expression that could be read as either craven or grateful—one of our Handmaids—and behind me is one of my Pearl Girls, ready to set out on her missionary work. Hanging from a belt around my waist is my Taser. This weapon reminds me of my failings: had I been more effective, I would not have needed such an implement. The persuasion in my voice would have been enough.

As
a group of statuary it’s not a great success: too crowded. I would have preferred more emphasis on myself. But at least I look sane. It could well have been otherwise, as the elderly sculptress—a true believer since deceased—had a tendency to confer bulging eyes on her subjects as a sign of their pious fervour. Her bust of Aunt Helena looks rabid, that of Aunt Vidala is hyperthyroid, and that of Aunt Elizabeth appears ready to explode.

At the unveiling the sculptress was nervous. Was her rendition of me sufficiently flattering? Did I approve of it? Would I be
seen
to approve? I toyed with the idea of frowning as the sheet came off, but thought better of it: I am not without compassion. “Very lifelike,” I said.

That was nine years ago. Since then my statue has weathered: pigeons have decorated me, moss has sprouted in my damper crevices. Votaries have taken to leaving offerings at my feet: eggs for fertility, oranges to suggest the fullness of pregnancy, croissants to reference the moon. I ignore the breadstuffs—usually they have been rained on—but pocket the oranges. Oranges are so refreshing.

I write these words in my private sanctum within the library of Ardua Hall—one of the few libraries remaining after the enthusiastic book-burnings that have been going on across our land. The corrupt and blood-smeared fingerprints of the past must be wiped away to create a clean space for the morally pure generation that is surely about to arrive. Such is the theory.

But among these bloody fingerprints are those made by ourselves, and these can’t be wiped away so easily. Over the years I’ve buried a lot of bones; now I’m inclined to dig them up again—if only for your edification, my unknown reader. If you are reading, this manuscript at least will have survived. Though perhaps I’m fantasizing: perhaps I will never have a reader. Perhaps I’ll only be talking to the wall, in more ways than one.

That’s enough inscribing for today. My hand hurts, my back aches, and my nightly cup of hot milk awaits me. I’ll stash this screed in its hiding place, avoiding the surveillance cameras—I know where they are, having placed them myself. Despite such precautions, I’m aware of the risk I’m running: writing can be dangerous. What betrayals, and then what denunciations, might lie in store for me? There are several within Ardua Hall who would love to get their hands on these pages.

Wait, I counsel them silently: it will get worse. 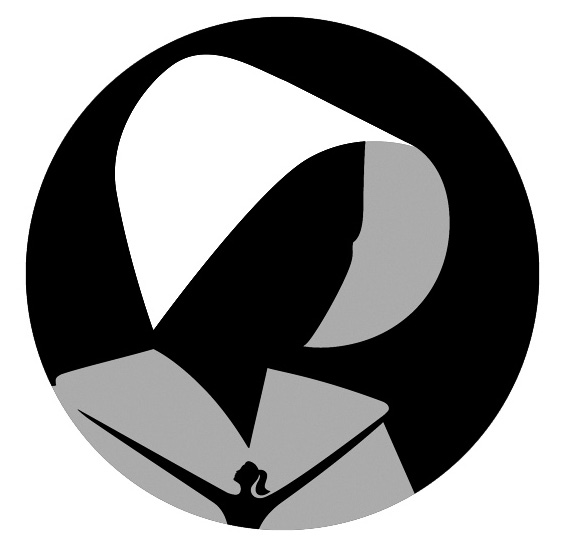