Read The Tower: A Novel Online

The Tower: A Novel 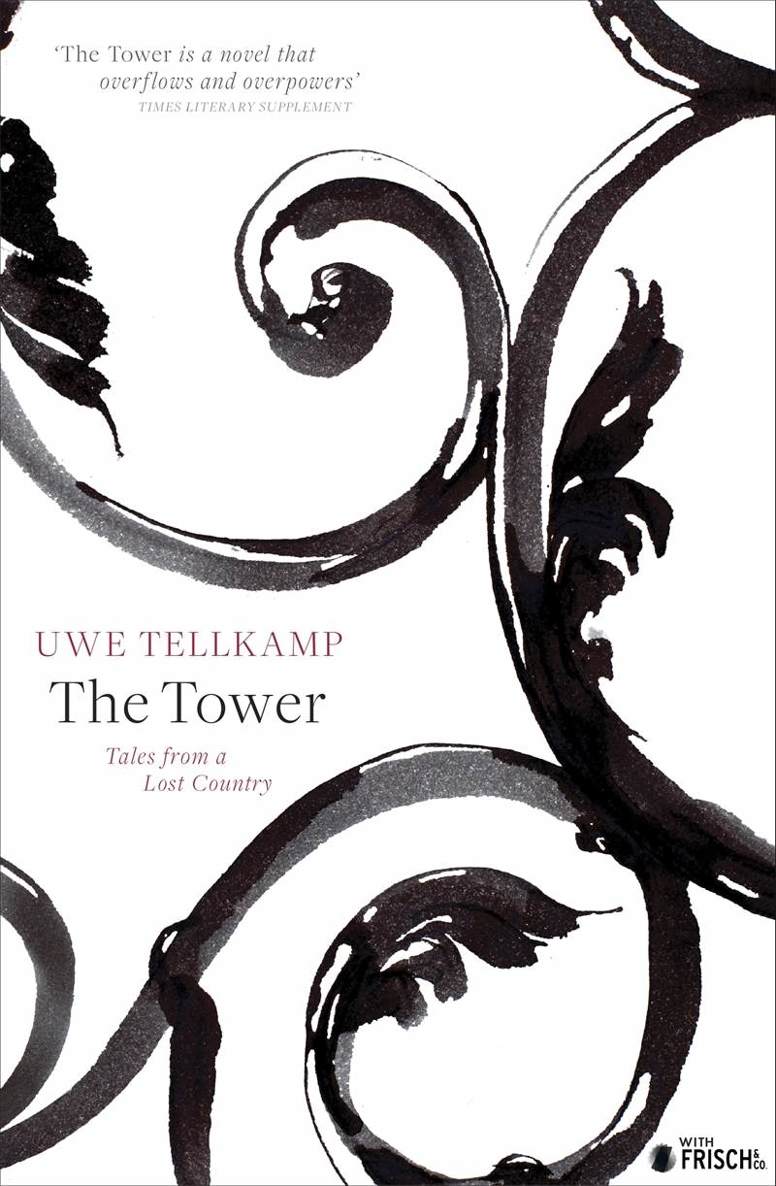 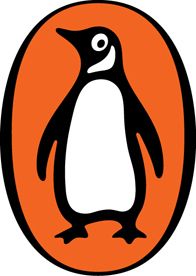 THE TOWER
A Novel

3. The House with a Thousand Eyes

9. Everyday life with Asclepius. The sorrow of a houseman

10. Veins of ore. The Old Man of the Mountain

15. Who has the best Christmas tree?

27. Music en voyage. All our strength. The Writing Fairy

30. Young woman on a windless evening

37. An evening in Eschschloraque House

39. Pink is the colour of your weapons

50. And if you have worries or problems

51. In the Valley of the Clueless

52. Keep the record and needle free of dust

66. After this interruption the days … passed

For Annett and for Meno Nikolaus Tellkamp

The plot of this novel is fictional.

The characters that are depicted live in my imagination
and have as little in common with living people as a
sculptor’s clay has with a sculpture.

Searching, the Great River seemed to tauten in the approaching night, its skin crinkled and crackled, as if it were trying to anticipate the wind that arose in the town when the traffic on the bridges had thinned to a few cars and the occasional tram, the wind from the sea surrounding the Socialist Union, the Red Empire, the archipelago riven, reft, rent by the arteries, veins, capillaries of the Great River, fed by the sea, the Great River that in the night carried the sounds and thoughts on its shimmering surface, the laughter and the gravity and the merriment, into the gathering dark; suspended matter down into the depths where the watercourses of the town mingled; in the deep-sea darkness the swill from the sewers crept, the dripping discharge from the houses and the VEBs, the state-owned factories, in the depths, where the wraiths dug, there was metallic sludge, heavy with oil, from the electroplating shops, water from restaurants and brown-coal power stations and large-scale industrial plants, streams of foam from the factories that produced cleaning products, effluents from the steel works, hospitals, iron foundries and industrial zones, radioactive outflow from the uranium mines, toxic waste from the Leuna, Buna, Halle chemical plants and the potash works, from Magnitogorsk and from the high-rise tenements, toxins from fertilizer plants, sulphuric-acid factories; in the night the Great River, the rivers of mud, slag, oil, cellulose branching out in all directions, fused into a huge ribbon, sluggish as pitch, on which the ships sailed through the rusty spiders’ webs of the bridges into the ore harbours grain harbours tropical-fruit harbours the harbours of the thousand little things

–
And I remember the town, the country, the islands combined by bridges
into the Socialist Union, a continent of Laurasia in which time was encapsulated in a geode, closed to the Othertime, and music rang out from the record players, crackling under the tone-arms in the billowing black of the vinyl, spindles of light pulsating across to the yellow label of Deutsche Grammophon, to the Eterna and Melodia lettering, while outside winter froze the country, piling clamps of ice on the banks of the Great River that squeezed it to a standstill between their jaws, as they did the hands on the clocks … but the clocks struck, I can hear, as if it were today, the Westminster chimes in Caravel when the living-room window was open and I was walking down the street, I can hear the chime of the grandfather clock from the apartment on the ground floor of Wisteria House; the delicate ring of the Viennese clock from the Tietzes’ music room, the melodiously rising ta-ta-ta-taa, snapping off with the last note, after the piercing sawing-sound of the West German Radio time check, which, at the beginning of the eighties, the Tower-dwellers of the Island of Dresden no longer listened to under their bedclothes; now the voiceless hand of a Japanese quartz watch that, from the wrist of a State Orchestra double-bassist, joins in the gonging and pinging, clinking and cuckoo calls in the shop of the clockmaker Simmchen, known as Ticktock Simmchen, in the deep hour-chimes of the grandfather clocks, the full-voiced repetition of the wall clocks at Pieper’s Clocks, 8 Turmstrasse; the coloratura soprano of an elaborate porcelain clock at the widowed Frau Fiebig’s in Guenon House, the hoarse rebellion of a pilot’s watch on the second floor of the Steiner Guest House, in the apartment of the former general staff officer in Rommel’s Afrika Korps; the Pekingese snarl in the apartment at the end of the hall where a man by the name of Hermann Schreiber lived, once a master spy in the tsarist Okhrana and the Red Army; a clock with the Tsar’s coat of arms rescued from the storming of the St Petersburg Winter Palace in 1917; I can hear the croak of Dr Fernau’s pocket watch, as if I were sitting in his surgery or standing in the X-ray van for one of the annual TB checks and looking at the black-and-white screen over which the grey-haired doctor is bent; the Meissen porcelain bells of the Zwinger join in, undistracted by
footsteps, people hurrying along corridors, telephones ringing, the course of events, the noise of the paternosters moving on, I can hear the clocks in the buildings of the State Planning Commission, formerly the Reich Aviation Ministry

–
Searching, searching, in everlasting night, on the sea, the dark ocean that branched out into the Great River and the lesser rivers that creep round the Inhabited Islands

–
And I heard the clocks of the paper republic ringing sounding striking across the arms of the sea, Scholar’s Island: a spiral cone that rose up to the sky, a helix drawn on the table in Auerbach’s Cellar, apartments linked by steps, houses screwed together by staircases, auditory canals designed on drawing boards, spiders’ webs, the bridges

–
In the night the rusty bridges, attacked by the mildew of sleep, eaten away by acids, guarded, wreathed in brambles, trapped in verdigris, the Prussian eagle firmly wrought, bridges releasing their eavesdroppers on the stroke of midnight, craning their hundred-eyed periscopes, focusing lenses, bearing flags, sulphurated from the chimneys, feigning lines of music, steamrolled with bitumen, rotting with dripping, seeping, sweating damp, creeping through mouldering files, braided with barbed wire, leaded with clock faces; what was ATLANTIS, which we entered at night after pronouncing the magic word, ‘Mutabor’, the invisible realm behind the visible one, which only, not for tourists and not for the dreamless, broke out of the contours of the day after long stays there and left rifts behind, a shadow among the diagrams of what we called The First Reality, ATLANTIS: The Second Reality, the Island of Dresden/Coal Island/the Copper Island of the government/Island with the Red Star/the Ascanian Island where the disciples of Justice worked, knotted, spun, crusted into ATLANTIS

–
The second hands of station clocks in the branching tracts of the Anatomical Institute crawled, hesitating at twelve, until the minute hand woke from its paralysis and dropped into the next slot, where it seemed to throw out adhesive anchors, in which, as if stunned, compressed by the buffers of the previous and coming minute, it stuck; Omnia vincit labor, insisted the
bell on the Kroch high-rise building, struck by two giants with hammers, and the scholars, the players of the socialist glass-bead game, the ludi magistri at the university, floating on the sea as an open stone book with Karl Marx as a totemic figurehead, bent over the spirit of the age of Goethe, invited the revolution into the witness stand, proclaimed the Principle of Hope, held forth on the legacy of Classicism in lecture room 40, dissected the human body in the rooms under Liebigstrasse: here is death in the service of life, Anatomy: the key to and rudder of medicine

–
Searching, in the night the Great River, a weary, sick animal, dreaming in a sleep-case with the cold rising round it, and veined streets on the islands, sparsely lit, squeezed in between the frost and the silence, people with supple shadows hurry across the boulevards where the banners wave on the first of May, marches spiral out of the loudspeaker membranes like metal shavings from a work-piece in a lathe, explosive charges, chisel bits, pneumatic hammers drive galleries into the mine, pare the fingertips of the river forward, the Stakhanov-, the Henneke-Movement, the tunnel borers dig beneath the islands, carpenters insert the props, the river opens ear trumpets

–
The Great Clock struck and the sea rose up in front of the windows, the rooms with the fern-pattern wallpaper and the frosted chandeliers, the stuccoed ceilings and fine furniture, inherited from a vanished middle-class past hinted at by the berets of the monument curators, the measured gestures of ladies eating cakes in the Italian cafés, the florid and chivalrous greeting ceremonies of the pursuit of art in Dresden, the hidden quotations, the mandarinesque, pedagogical, allusive rituals of the Friends of Music, the stately free-skating programmes of middle-aged gentlemen on the rinks; left over in the gently rolling hills of the Elbe valley in houses under the Soviet star, left over like the pre-war editions of Hermann Hesse, the cigar-brown Aufbau Verlag volumes of Thomas Mann from the fifties, jealously guarded in second-hand bookshops, where the undersea light commanded reverence from every customer that entered, paper boats that housed fossils slowly poisoning themselves with memories, tended pot-plants and
kept the compass over the creaking floorboards unwaveringly pointing to Weimar, left over in the roses growing round the island, across the faces of the clocks that were rusting away, their pendulums cutting though our lives between the poles of silence and non-silence (it was one or the other, mere ‘noise’ or ‘sound’ it was not). We listened to music, the records were called Eterna, Melodia, they could be bought from Herr Trüpel, in the Philharmonia record shop on Bautzner Strasse or in the Art Salon on the Old Market Square … the Great Clock struck

–
Dresden … in the muses’ nests / the sweet sickness of yesteryear rests

–
Searching, in the night the Great River, woods turned into lignite, lignite formed seams beneath the houses, the pit-moles burrowed their way forward and dug out the coal, conveyor belts carried it to the stokers, to the power stations with their volcanic vents, to the houses, where the acid smoke went up out of the chimneys, eating away walls and lungs and souls, transforming wallpaper into toad’s skin; the wallpaper in the rooms, peeling off and blistering, yellowed and criss-crossed by the excrement threads of the bugs; when the stoves were lit, the walls seemed to sweat, secreting nicotine that had been collecting there since the old days; if it turned cold the windowpanes froze over, the wallpaper was covered in rime, ferny smears and oily ice (like fat in an unwashed frying pan banished to an unheated lumber room). A golden bird, which sometimes croaked in our dreams, watched over everything, the Minol oriole, and when the clocks struck, our bodies were stiff and captive, the roses grew

Honour This Day by Alexander Kent
The Power of Being Thankful: 365 Devotions for Discovering the Strength of Gratitude by Joyce Meyer
On the Line (Alternate Places Book 3) by Power, P.S.
Two Shades of Seduction by Monica Burns
Zoe Sophia's Scrapbook by Claudia Mauner
All Fall Down by Christine Pope
The Lights of Tenth Street by Shaunti Feldhahn
Mrs. Miracle by Debbie Macomber
Going Royal 01 - Some Like It Royal by Heather Long
Abbey's Protectors [Beckett's Wolf Pack, Triad Mates 4] (Siren Publishing Menage & More) by Bernard, Lynnette