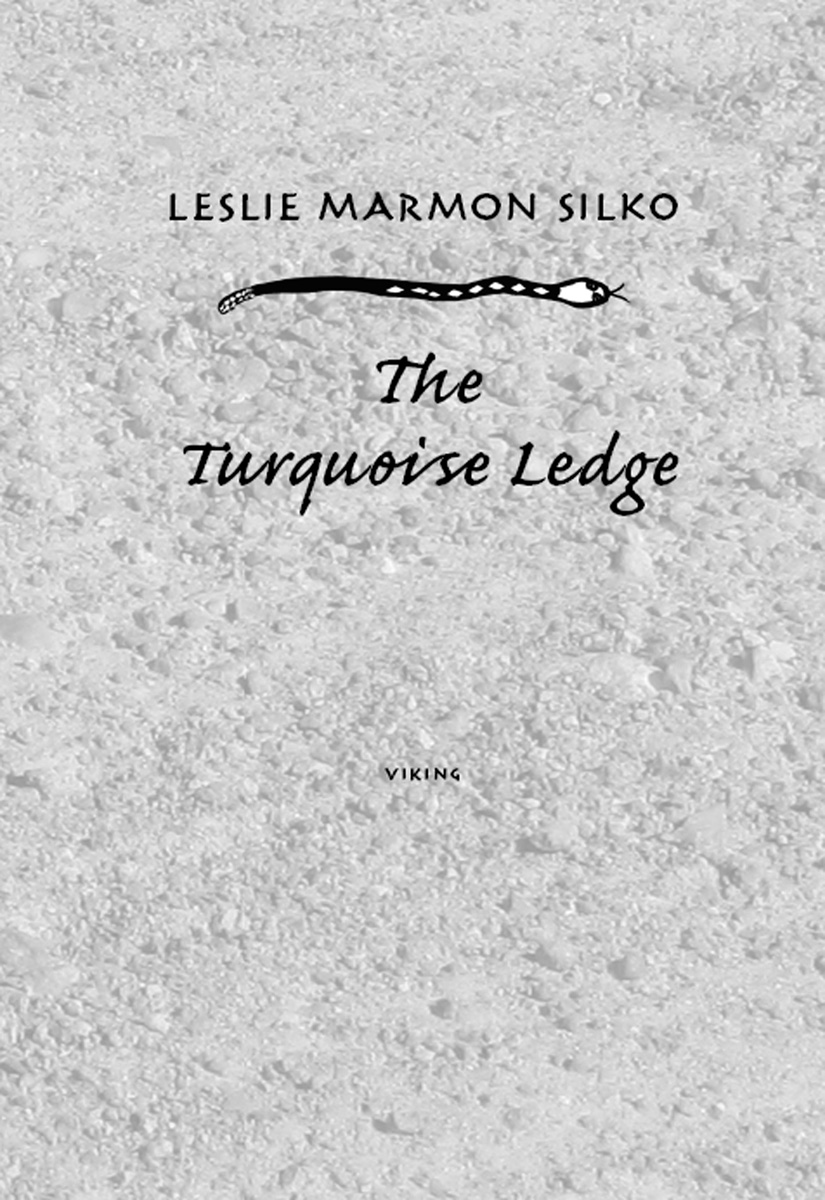 Gardens in the Dunes
(novel)

Yellow Woman and a Beauty of the Spirit
(essays)

Almanac of the Dead
(novel) 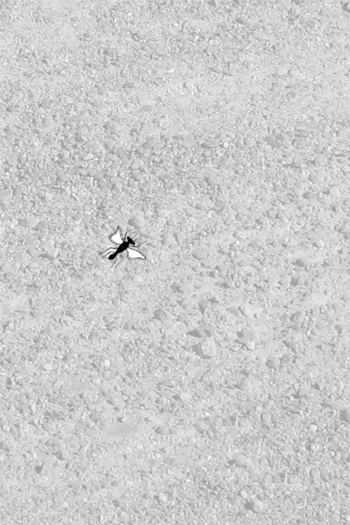 First published in 2010 by Viking Penguin, a member of Penguin Group (USA) Inc.

Grateful acknowledgment is made for permission to reprint “Bee! I'm expecting you!” from
The Poems of Emily Dickinson
, Thomas H. Johnson, ed., Cambridge, Mass.: The Belknap Press of Harvard University Press, Copyright Â© 1951, 1955, 1979, 1983 by the President and Fellows of Harvard College. Reprinted by permission of the publishers and the Trustees of Amherst College.

Without limiting the rights under copyright reserved above, no part of this publication may be reproduced, stored in or introduced into a retrieval system, or transmitted, in any form or by any means (electronic, mechanical, photocopying, recording or otherwise), without the prior written permission of both the copyright owner and the above publisher of this book.

The scanning, uploading, and distribution of this book via the Internet or via any other means without the permission of the publisher is illegal and punishable by law. Please purchase only authorized electronic editions and do not participate in or encourage electronic piracy of copyrightable materials. Your support of the author's rights is appreciated.

Penguin is committed to publishing works of quality and integrity. In that spirit, we are proud to offer this book to our readers; however, the story, the experiences, and the words are the author's alone.

To Mei Berssenbrugge,
and to Linda Niemann,
wonderful writers and much-loved friends;
and to Bill Orzenâ
Old flames burn brightest.

Many thanks to Simon J. Ortiz, great poet and guest editor, and to all the people at
The Kenyon Review
for the lovely color images of Lord Chapulin and the story of his portrait in the special issue devoted to work by North American Indigenous Authors, Winter 2010.

Mil gracias
to the Matias family, Teresa, Alfonso, and their sons, and to the wonderful staff at Teresa's Mosaic Cafe who fed me while I worked on this book. Their red chile chicken enchiladas and “cadillac” margaritas were essential to the writing of this book.

I
was born in 1948, the year of the supernova in the Mixed Spiral galaxy. My friend Joy Harjo, poet and astrologer, charted a triple triune for the afternoon of March 5, 1948 in Albuquerque, but dark planets rule my First House.

1948 is the Year of the Rat. We rats seldom make lasting friendships. We let the correspondence lapse and don't return phone calls.

A great deal of what I call “memories” are bits and pieces I recall vividly; but the process we call “memory,” even recent memory, involves imagination. We learn to ignore the discrepancies between our memory of an event and a sister's memory. We can't be certain of anything.

Fortunately my subconscious remembers everything I need. Whatever I can't recall, later comes back to me as I write fiction. I make myself a fictional character so I can write about myself. Only a few proper names are included because it wasn't my intention to write about others but instead to construct a self-portrait.

M
y friend Bill Orzen taught me to speed walk on flat ground in town, but I prefer the hills to the city, so I adapted the speed walk to the steep rough terrain. The walks took me back into the Tucson Mountains to the old trails where I rode my horses thirty years ago when I first moved here. The trails are narrow footpaths made by the ancient tribal people who lived in the Tucson Mountains for thousands of years; later on prospectors used the old trails and made new trails to their mining claims.

The trail I took on my walks passed the Thunderbird and Gila Monster minesâold diggingsâthey were never actual minesâthe former is a shallow cave in the hillside and the other is a twenty foot vertical shaft where two big white barn owls live and once emerged as I rode by on horsebackâtruly startling and astonishing.

On foot I can see the ant palaces, some in solid rock, others with starburst circles of stones they've mined and somehow moved up from below. The star pattern reminded me of the Star Being images incised into sandstone thousands of years ago.

Eventually the trail descends and crosses the big arroyo and continues; but here I turn and follow the big arroyo back home. The sandy bottom of the arroyo is criss-crossed with bird and animal tracks that make the trail that humans have used for thousands of years. In rough steep terrain arroyos may provide the only access to an area so the arroyos are “rights of way” for wildlife and humans on foot.

At first I didn't pay much attention to the stones in the arroyo because I was focused on my walkingâI was new to the notion of a speed walk through the desert. In the arroyo the deep drifts of fine white sand had a gravity of their own that sucked my feet down. So in those early months of learning how to walk over rough desert terrain at a fast pace I had all I could do to keep moving. I wasn't thinking about rocks in the arroyo.

I learned not to lift my feet in and out of the deep sand but instead to slide my feet through the top layer of sand very rapidly, to shuffle them back and forth so they wouldn't have a chance to sink farther into the deep sand.

Slowly it got easier and I started to notice the pebbles and rocks in the fine white sand, and the animal tracks and signs of coyote and bobcat in the arroyo. I began to find small rocks and pebbles streaked with turquoise. Over the years I'd picked up some of these turquoise rocks but I wasn't as interested in the stones as I am now. I needed almost daily contact with the turquoise rocks on my walks to develop my interest.

Turquoise doesn't originate deep in the Earth as many precious minerals and gems do. It forms when certain chemical reactions take place during the weathering of surface minerals. Water is a necessary component of the formation of turquoiseâno wonder indigenous people of the deserts connected turquoise with water and rainâit wasn't just the color of blue or greenâturquoise meant water had been there.

The surface minerals necessary for the formation of turquoise are: Copper, aluminum and phosphates.

Turquoise is a hydrous hydrate of copper.

Hydrate of copper indicates water in the latticework of the turquoise molecule.

Iron can substitute for aluminum and results in a color variation toward green.

In my research I learned the turquoise stones I'd found were technically not turquoise but chrysocolla which is a minor copper ore, a hydrated copper silicate restricted to a shallow depth of less than twenty meters. Volcanic disturbance is required to make the cracks and fissures that allow water to reach the aluminum and iron ores in feldspars. Turquoise, malachite and chrysocolla are often found with one another so they all were called “turquoise” in the old days. Some turquoise was harder and shinier while some was chalky and soft. “Chalky turquoise” was the term for chrysocolla. It is not as easy as one might think to tell the difference between the two without chemical analysis in a laboratory.

I prefer the lovely sound of the word “turquoise” and even “malachite” to the sound of “chrysocolla.” Chrysocolla sounds like the name of a soft drinkâ“Chrissy Cola.” Turquoise comes from the sixteenth century French word for “Turkish.”

So I will use the word “turquoise.”

After a walk I would make a few notes about what I'd seen and where. The next time I walked I wouldn't be able to locate any of the places I'd noted on the earlier walk. The ant palaces I'd seen the previous day would have vanished.

If gravity is distributed in this Universe unevenly, then there are places here on Earth where the gravity is weaker or stronger, where even light may speed up or slow down. At a certain walking speed, my eyes received light images from a parallel plane. Parallel planes or worlds may be visible briefly at certain points in this world from time to time. Thus the discrepancies between my recollections and notes immediately after a walk and what I actually find when I attempt to locate these places again.

The idea was that the exercise and open air would help release my mind into a less self-conscious state where I could better perceive the delicacy of the light and the dawn moisture in the breeze. How sweet the air smells and how luxurious it feels to move through this yellow dawn light. The idea of the fast pace was a cardiovascular workout, but also the pace of the walks helped me edit the experience of the walks to the essentials.

The distribution of the pieces of the turquoise ledge may reveal its location to be somewhere below the place where the main road crosses the big arroyo. I don't think the ledge occurs higher in the Tucson Mountains.

My speculations and guesses proved to be wrong. I walked up the arroyo higher into the mountains far above the main road crossing and I found pieces of rock with turquoise streaks. I even found a small turquoise rock near the place the cottonwood used to grow higher in the mountains.

The Hundred Gram Mission by Navin Weeraratne
The Mad Bomber of New York by Michael M. Greenburg
Without Prejudice by Andrew Rosenheim
The Mostly True Story of Jack by Kelly Barnhill
Sunken Pyramid (Rogue Angel) by Archer, Alex
Taming Blake (A New Adult Romance): The Complete Trilogy by Eve, Charlotte
The Work Is Innocent by Rafael Yglesias
The Sea is a Thief by David Parmelee
Cherringham--Snowblind by Neil Richards
Love Lift Me by St. Claire, Synthia