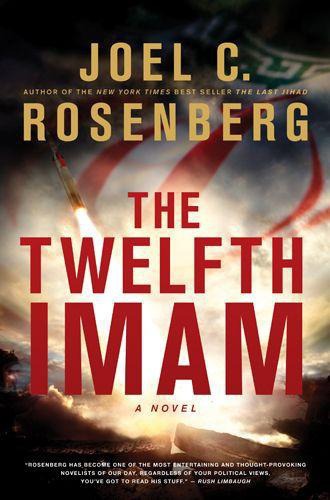 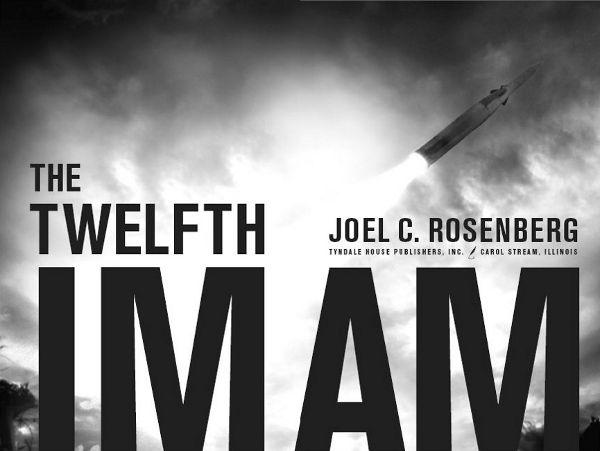 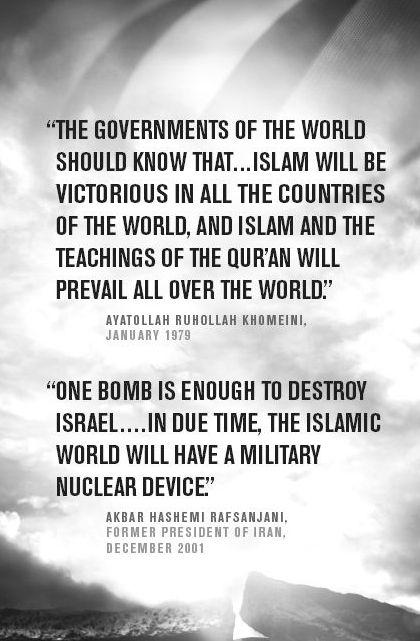 Some words of Jesus in chapter 65 are taken or adapted from the
Holy Bible
, New Living Translation, copyright © 1996, 2004, 2007 by Tyndale House Foundation. Used by permission of Tyndale House Publishers, Inc., Carol Stream, Illinois 60188. All rights reserved.

To all our friends in Iran and the Middle East, yearning to be free.

Nasreen Shirazi
—mother of David and wife of Mohammad Shirazi 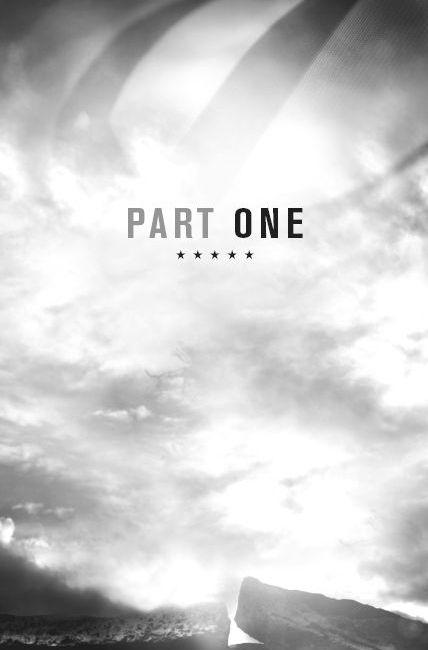 Charlie Harper was still five or six hundred yards from the compound, but he was alone; even if he could fight his way through the rapidly growing mob, he still had no plan to rescue those trapped inside.

He could hear gunfire. He could taste the acrid stench of thick, black smoke rising into the crisp, early morning air. He could feel the searing heat of the bonfires as American flags and tires and someone’s overturned car were being torched all around him. He could see the rage in the eyes of the young men—thousands of them, maybe tens of thousands, bearded, shouting, screaming, out of control—surrounding the embassy and threatening to overrun its grounds. He just had no idea what to do.

It was the twenty-six-year-old’s first assignment with the State Department. He was the most junior political officer in the country and had no field experience. He and his beautiful, spirited young bride, Claire, had been married only a year. They’d been in Tehran since September 1—barely two months. He didn’t even know the names of most of his colleagues behind the compound walls. But though he increasingly feared for their safety, he still refused to believe that he was personally in mortal danger.

How could he be? Charles David Harper loved Iran in a way that made little sense to him, much less to his bride. Growing up on the South Side of Chicago, he hadn’t known anyone from Iran. He’d never been here before. He’d never even been close. But inexplicably he had fallen in love with the Persian people somewhere along the way. He loved the complexity of this ancient, exotic culture. He loved the mysterious rhythm of modern Tehran, even filled as it was with religious extremists and militant secularists. And he especially loved the food—
khoroshte fesenjoon
was his latest favorite, a savory stew of roast lamb, pomegranates, and walnuts, which the Shirazis, their next-door neighbors—God bless them—had already made for him and Claire twice since they had arrived at this post.

The language of Iran had been a joy for Charlie to absorb and master. He’d picked up Farsi quickly as an undergraduate at Stanford. He’d sharpened it carefully in graduate school at Harvard. When he joined the State Department upon graduation, he’d been placed immediately on the fast track to become a Foreign Service officer, was rushed through basic diplomatic training, and was sent to Tehran for his first assignment. He’d been thrilled every step along the way. Thrilled with using Farsi every day. Thrilled with being thrown into a highly volatile political cauldron. Thrilled with trying to understand the dynamic of Khomeini’s revolution from the inside. And convinced that the sooner he could get his sea legs, the sooner he could truly help Washington understand and navigate the enormous social and cultural upheaval under way inside Iran.

The violent outbursts of the students, Charlie was convinced, were spasmodic. This one would pass like a summer thunderstorm, as all the others had. The dark clouds would pass. The sun would come out again. They just needed to be patient. As a couple. As a country.

Charlie glanced at his watch. It was barely six thirty in the morning. Since hearing on the radio back at his apartment the initial reports of trouble, he’d been running flat out for nearly nine blocks, but that was no longer possible—too many people and too little space. As he inched his way forward, he could see the top floors of the chancery, not far from Roosevelt Gate, the embassy’s main entrance, but he knew he’d never make it there from this side. He’d have to find another way inside—perhaps through the consulate offices in the compound’s northwest corner.

Winded, his soaked shirt sticking to his back, Charlie shifted gears. He began trying to move laterally through the mob. His relative youth, dark hair, and dark brown eyes—a gift from his mother’s Italian heritage—seemed to help him blend in somewhat, though he suddenly wished he had a beard. And a gun.

He could feel the situation steadily deteriorating. The Marines were nowhere to be seen. They were no longer guarding the main gate or even patrolling the fence, so far as he could tell. He assumed they had pulled back to defend the buildings on the compound—the chancery, the ambassador’s house, the house of the deputy chief of mission, the consulate, and the warehouse (aka, “Mushroom Inn”), along with various other offices and the motor pool. Charlie wasn’t a military man, but he figured that decision was probably wise tactically. He could feel the mass of bodies surging forward, again and again. It wouldn’t be long before these wild-eyed students burst through the gate.

Would the Marines open fire when that finally happened? How could they? It would be a bloodbath. And yet how could they not? Many of the young men around him had pistols. Some had rifles. Some of them were already firing into the air. What if the students actually opened fire on American diplomats? The Marines would be compelled to return fire. Events could quickly spin out of control.

The roar of the crowd was deafening. Some fool, perched atop the perimeter wall, was shouting, “Death to America!” through a bullhorn. The frenetic, feverish crowd lapped up every word and chanted it back again and again, louder every time.

Charlie was finally making progress, and as he elbowed his way through the horde, he couldn’t help but think how ugly the embassy’s squat brick buildings were. The entire campus, in fact, looked like some cookie-cutter American public high school from the forties or fifties. It had even been dubbed “Henderson High” after Loy Wesley Henderson, the U.S. ambassador to Iran from 1951 to 1954. It was hardly a prize architecturally. But there was no question it would be a gold mine of intelligence for the radicals loyal to Ayatollah Khomeini if they actually got inside before his fellow FSOs burned and shredded all their documents.

Someone grabbed Charlie from behind. He spun around and found himself staring into the bloodshot eyes of an unshaven zealot probably five years younger but five inches taller than him.

“You—you’re an American!”
the student screamed in Farsi.

Heads turned. Charlie felt himself suddenly surrounded. He noticed the kid’s right hand balling up into a fist. He saw into the kid’s vacant eyes, and for the first time, Charlie Harper feared for his life.

“Vous êtes fou. Je suis de Marseille!”
he screamed back in flawless French, calling the kid crazy and claiming to be from France’s largest commercial seaport.

The vehemence of Charlie’s response and the fact that he wasn’t speaking English caught the student off guard. The kid went blank for a moment. He obviously didn’t speak French and for a split second seemed unsure how to proceed.

Charlie’s mind raced. He suddenly realized how quickly he’d be a dead man if these radicals discovered he was an American. He was tempted to kick the kid in the groin and dash off into the crowd. But there were now at least six or seven others just as large and every bit as angry.

One of them began to move against him, but just then a pickup truck filled with other young men—masked and screaming—hopped a curb and came barreling through the crowd. The driver laid on the horn and people went diving for cover. The truck screeched to a halt just to Charlie’s right. The young men in the back began firing machine guns in the air, and then, as the crowd finally cleared a direct path, the driver gunned the engine and drove headlong into Roosevelt Gate. The wrought-iron barricade crumpled in a twisted heap, and thousands of enraged students cheered and screamed and poured onto the embassy grounds as if they’d been shot from a cannon.

As quickly as he’d been grabbed, Charlie now found himself set free as his would-be attackers abandoned him and followed the crowd through the hole in the gates. His heart racing, adrenaline coursing through his veins, Charlie realized he’d been given an opportunity to escape. He seized the moment and began moving in the opposite direction, away from the main gate and toward a side street. He was still having trouble maneuvering through the rampaging mob, but moments later, he rounded the corner and caught a glimpse of the entrance to the consulate.

It was shut tight. He hesitated for a moment. Should he head there still? Should he try to get inside and help whoever was trapped there? The staff inside was mostly comprised of women who handled visa issues eight hours a day, day after day, year after year. They weren’t trained to handle revolutions. They had to be terrified. But could he really help them, or would he more likely be caught and brutalized instead?

Just then, he saw two consular employees quickly exit a side door. Elated, he was about to call out to them when a group of masked students armed with rifles came racing around the corner and surrounded the two young women. They jumped on them and began beating them mercilessly.

Charlie’s anger boiled. But there was nothing he could do. He was alone. He was unarmed. And again he thought of Claire back in their apartment—alone, terrified, and three and a half months pregnant.

Blackbird by Anna Carey
Fortress Draconis by Michael A. Stackpole
Change of Passion (Falling for the Billionaire #1) by Karolyn James
Her Kind of Trouble (Harlequin Superromance) by Mayberry, Sarah
i 0d2125e00f277ca8 by Craig Lightfoot
Stillness of the Sea by Nicol Ljubic
Unmasking the Spy by Janet Kent
Bitter in the Mouth by Monique Truong
An Accidental Gentleman by M.Q. Barber
The Ultimates: Against All Enemies by Alex Irvine