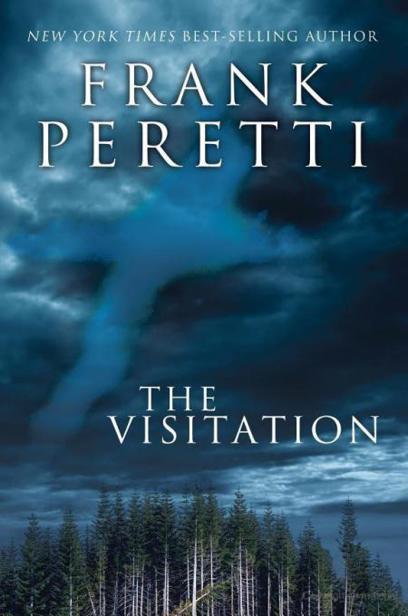 Thomas Nelson, Inc., titles may be purchased in bulk for educational, business, fund-raising, or sales promotional use. For information, please e-mail [email protected]

In loving memory of Kip Jordon
.

I
NEVER THOUGHT
I’d get sick of being a Christian. I was practically
born
a Christian, raised in a Christian home, nurtured in church and Sunday school. If there was anything going on at church — special meetings, singspirations, Bible studies, vacation Bible school — I was there. I read my Bible every day, prayed regularly, witnessed to others whenever I could, and knew all the hymns by heart. I was a youth pastor, an associate pastor, a teacher, a preacher, a public speaker. I was on the right road, had plenty of approval, and no plans to change course.

But no one told me I was still growing up and that the time would come when all the familiar trappings of the Christianity I grew up with would no longer be comfortable. Like a child growing out of his clothes, I was having trouble getting things to fit— except for one T-shirt that said, BEEN THERE, DONE THAT.

No, I wasn’t backsliding. Satan wasn’t tempting me. I wasn’t even disillusioned—well, not with God. Call it growing pains. I was beginning to feel the difference between
religion
and
relationship
. The more I longed to know God, the more fed up I got with all the Christian “stuff.” Where was God really? Would I really find Him in all the religious trappings, my particular Christian culture that told me by word and example what a Christian ought to look like, act like, believe, and do? For most of my life I’d wrapped that world around me like a security blanket; I felt safe, like a child at home with loving parents.

But kids like us grow up and need our own relationship with God, forged in the heart through time and experience, not draped around us by the church we attend. We need to know God for ourselves, not secondhand.

Coming to that realization, that point of growth, can be a lonely time. You just feel so tired of everything: No, I didn’t have my “quiet time” this morning, so arrest me. If I have to sing that chorus one more time I’ll scream. Maybe I’ll stay home from church this time just for some peace and quiet.

And you don’t buy everything so readily: Maybe that was a prophecy to you, but to me it was bad acting. How do I know God really said that to Pastor? I didn’t hear anything. Are we
really
going to vanish in the twinkling of an eye?

And everyone has a cure for what ails you: You need to read your Bible and pray more. You need to come back to the Lord. These are lies of the Enemy; speak in tongues and they’ll go away.

Well, don’t worry. I made it through. Jesus walked with me through every moment, and I could see Him so much more clearly on the other side. I have a wonderful church family, I like singing the choruses, and I still read my Bible and pray every day. But things look different now. My faith is my own, I like where the Lord has brought me, and I won’t be going back.

Having been there, having done that, and having survived, I thought I’d write about it. Wherever you are in your own walk with the Lord, I’m sure you’ll find some common ground between yourself and Travis Jordan, struggling out of all that religion to find the real Jesus.

And then the ringing stopped, and the young man hung there under the scorching sun, faint with pain, alone. He could not shift his weight, flex his knees, or even turn his head without feeling the fire of the nails. His wrists were swelling around the nail heads. His blood was drying in the sun, turning brown on the wood.

Stinking with sweat. Crimson with sunburn. Dried blood crackling around the nails. Pain the only reality.

He cried out, but in the cauldron of his sun-boiled mind he heard only the voices of his accusers and the ringing, ringing, ringing of the hammer—sounds that would forever haunt his memory and echo through his nightmares.

A child of the devil?

He cried out once again, and this time, a voice, a mind, answered and a power coursed through him. Suddenly, he could bear the pain and make it fuel for his will. With burning will, he determined he would live.

And living, he knew what he would do.

S
ALLY FORDYCE
left the house as soon as the breakfast dishes were done, walking a little, jogging a little along Highway 9—a narrow, straight-as-a-string two-lane with a fading white line and an evenly spaced parade of utility poles. This was eastern Washington State, quiet and solitary. Wheat fields, spring green, stretched in every direction over the prairie swells. Straight ahead, the highway dipped and rose gently into the distance until it narrowed to a vanishing point at the far horizon. The sun was warm, the breeze a little biting. It was April.

Sally was nineteen, blonde, slightly overweight, and severely unhappy, mainly because she was no longer married. She had believed everything Joey, the trucker, told her about love, and how she was that girl silhouetted on his mud flaps. The marriage—if it happened at all—lasted three months. When he found another woman more “intellectually stimulating,” Sally was bumped from the truck’s sleeper and found herself coming full circle, right back to being Charlie and Meg’s daughter living at home again. She had to keep her room clean, help with dinner and dishes, get home by eleven, and attend the Methodist church with them every Sunday. Again, her life was not her life.

She had tasted freedom, she thought, but she was turned away. She had no wings to fly and nowhere to fly even if she did. Life wasn’t fair. (To hear Charlie tell it, he and Meg must have made up a list of all the dumb mistakes they hoped she would never make and given her a copy. Needless to say, things were tense.)

Even before she tried Joey, the trucker, Sally used to find escape out on the wheat prairie in the stillness of the morning. Now she returned, even fled to this place. Out here, she heard no voice but her own thoughts, and her thoughts could say whatever they wanted. She could pray too, sometimes aloud, knowing no one but God would hear her. “Dear God, please don’t leave me stuck here. If you’re there, send a miracle. Get me out of this mess.”

In all fairness, it was past time for Sally to feel that way. Except for those who had wheat farming in their blood and couldn’t wait to climb on a combine, most everyone growing up in Antioch heard a call from elsewhere—
anywhere
—sooner or later. When they came of age, all the kids who could find a way out left—usually—for good. Sally had come of age, all right, but had not found a way out. Charlie and Meg would probably tell you that she was not the kind to look for one, either. She was still waiting for it to come to her.

The halfway point of her jog was a spreading cottonwood at the top of a shallow rise, the only tree in sight. It was monstrous, and had to have been growing there long before the roads, farms, or settlers came along. Sally double-timed her way up the rise and was breathing hard by the time she reached it. She’d developed a routine: Every day she braced herself against the huge trunk and stretched out her leg muscles, then sat and rested for a moment between two prominent roots on the south side. Recently, a short prayer for a miracle had also become part of the routine.

The stretches went easily enough. She had cooled down, her breathing had settled, she could feel the flush in her cheeks from the exercise and the cool air.

She rounded the tree—

And almost jumped out of her skin.

A man was sitting between the two roots, exactly in her spot, his back against the gnarled trunk and his wrists draped lazily over his knees. He had to have been there all during her stretching-out, and she was immediately curious, if not offended, that he had said or done nothing to indicate his presence.

“Oh!” she gasped, then caught her breath. “Hello. I didn’t see you there.”

He only chuckled and smiled at her with a kindly gaze. He was a remarkably handsome man, with olive skin, deep brown eyes, and tightly curled black hair. He was young, perhaps as young as she was. “Good morning, Sally. Sorry if I startled you.”

She probed her memory. “Have we met before?”

He shook his head teasingly. “No.”

“I’m here to bring you a message. Your prayers have been heard, Sally. Your answer is on his way. Be looking for him.”

She looked away for only a moment, just a slight, eye-rolling gesture of consternation. “Be looking for who—?”

She walked around the cottonwood, looked up and down the road and across every field, and even looked straight up the trunk of the tree.

He was gone, just like that, as if he’d never been there.

After one more hurried trip around the tree, she stopped, a hand against the trunk to steady herself, her eyes scanning the prairie. Her heart was beating faster than when she’d come up the rise. Her breathing was rapid and shallow. She was shaking.

AT OUR LADY OF THE FIELDS CHURCH
in Antioch, Arnold Kowalski was busy dust-mopping the quaint little sanctuary, pushing the wide broom between the pews and down the center aisle, moving a little slowly but doing a thorough job. Arnold had been a soldier, a carpenter, a diesel mechanic, and a mail carrier, and now, since retiring, he had taken upon himself the unofficial title of church custodian. It wasn’t a paid position, although the church did provide a little monetary gift for him each month as an expression of love and gratitude. He just did it for God, a few hours a few days a week, pure and simple. It brought him joy, and besides, he liked being in this place.