Read The Way Back Online 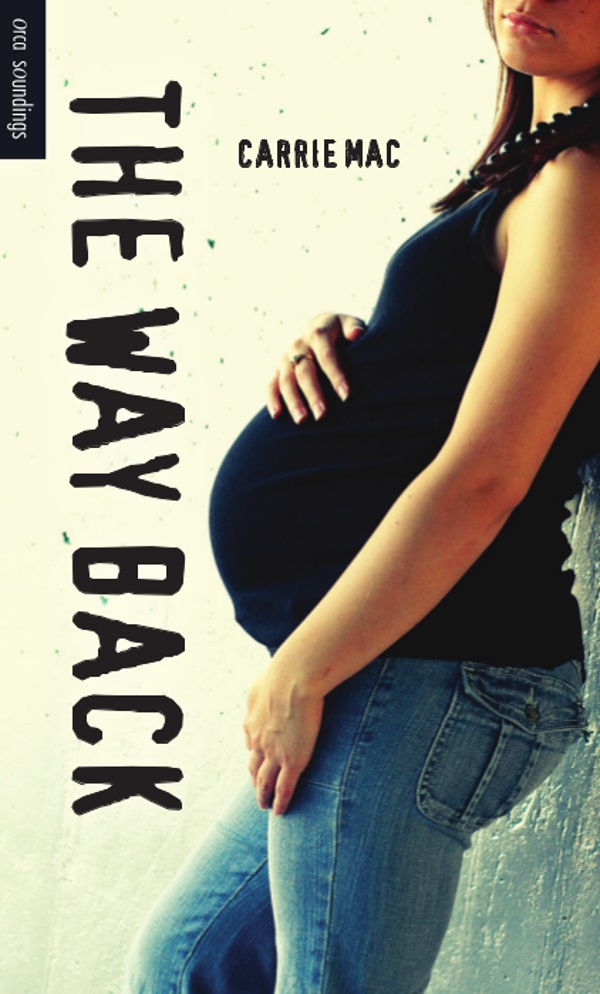 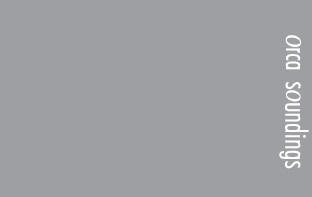 Summary:
Colby is a thief and a drug user. Now she is pregnant.

Gigi in the night

the fox and the moon

Colby couldn't even begin to count how many things she'd stolen, or what it was all worth if you added it all up. She and her best friend, Gigi, had met in fifth grade. About a week later, Gigi brought her along on one of her department-store errands. Her grandma needed a new bra, so they stole that, plus pockets full of hair clips and nail polish. Gigi had been snatching things ever since she was four years old, alongside her brother Milo, who was two years older.

Their grandmother had taught them how. It was the family business. Gram sold the stolen goods in her pawnshop.

Gram had never been caught. Not even once. She told them that her own mother used to push her around in a stroller and stick things under her as they wandered along Robson Street way back when Gram was a baby.

Stealing came naturally to Colby. She was good at it.

A stinky old man sat down next to her on the bus. His suit was shiny at the elbows and knees, with a stain down the front that was probably dried vomit. He smelled like he'd pissed himself.

For some reason, the smell made her gag. She usually had an iron stomach for nasty whiffs, which this bus route always had plenty of. She put a hand to her mouth, willing herself not to barf. Maybe it was because she was high? Something weird in the eight ball? She wondered if Milo had got it from his usual dealer. She held out her hand and saw that it was shaking. Not good.

The old man pulled a book from a greasy, beat-up duffel bag. Colby squinted at the title.
9/11: Conspiracy & Cover-Up.

Milo would be all over that. He'd probably ask if he could borrow the book.

The smell thoughâit was nasty. She tasted bile as she stood up. She inched through the crowd to get closer to a window that she could open for some fresh air.

Feeling woozy, she leaned on a pole. That's when she caught sight of the old man's wallet sticking out of his jacket pocket.

But one of Gram's rules was that you had to be in the right frame of mind.

“No boozy head,” Gram often said. She was fond of wagging an arthritic finger in the girls' faces when she was bossing them around. She never corrected Milo. In her eyes, he could do no wrong. Except for being gay. And she was working on that. She was going to pray away the gay, she claimed. It was only a matter of time. “No dope neither. Ya?”

“We know, Gram.” Gigi rolled her eyes every time. And if Milo was around, she sent him a sharp glare. Gram had no idea that he did drugs too.

Milo and Gigi's mom was in jail at the moment for exactly that. It made sense that Gram was worried about drugs. Especially because Gigi and Colby didn't do a very good job of hiding their own drug use.

So, no stealing when high.

But the old man's wallet looked so easy to snatch.

She'd been downtown with Milo, and he'd scored an eight ball. They'd smoked it in the parking lot behind his apartment building, and then he had to go meet a “date.”

Colby teetered on her feet.

It would've been better if she'd kept her seat, but oh well.

The whole bus teemed with nasty smells. Colby held onto the back of a seat. She wondered if she might faint. Either because she was high or because of the stench. Maybe both.

Either way, Colby went ahead and kind of stumbled forward, so she had a reason to put her hands on the bench beside the old man to steady herself. The perfect cover for snatching his wallet.

In one motion, she tucked it down the back of her pants and steadied herself upright. She couldn't help but grin.

He placed a finger on the page, marking his spot, and smiled up at her. His left eye was milky white, his other a bright blue.

Colby closed her eyes for a moment. Her high was slipping. But that was okay, because she had a wallet. And while she doubted that there'd be much money in it, she was pretty sure there'd be something. Even if it was just enough to buy a joint from Rookie on the corner.

She opened her eyes. One stop away. She leaned over the old man once more and pulled the cord.

When the bus wheezed to a stop at the curb, she pushed forward with everyone else and stepped off. She took a deep breath. It didn't provide the fresh air she'd hoped for. All she could smell was the bus exhaust and a waft of urine from the stairwell leading down to the First United Church basement.

Colby squeezed her eyes shut. Her stomach churned. She was going to throw up right there, in the middle of a crowd of little bent-over grannies heading home through Chinatown with their shopping carts full of groceries.

Someone tapped her shoulder.

Colby opened her eyes. A tall young woman stood in front of her.

It took a moment for Colby to really see her. Blond hair, slender face, big sunglasses.

“What are you talking about?” Colby heard a slur in her voice.

The woman cocked her head and sighed. “I saw you take that old man's wallet.”

“Yeah, you.” The woman reached forward. Colby thought she was going to frisk her for the wallet, but it was just to steady Colby as she teetered. “Are you okay?”

“No.” Colby shook her head.

“Do you need an ambulance?”

“No!” Colby pushed her away. She took a couple of steps backward. “I'm fine.”

“Well, I am.” Colby swallowed back more bile. She had to get away from this woman, especially if she was going to call the cops. Colby dug in her purse and pulled out her phone. She tried to text Gigi, but her thumbs felt like giant, unwieldy sausages. She called her instead.

The gaggle of grannies was gone now, so Colby sank onto the bench.

“Come get me?” she said into the phone when Gigi answered. “I'm in front of First United.”

Colby put the phone away. The woman was still standing in front of her, hands on her hips.

“I don't know what you're talking about.” Colby rested her head against the wall of the bus shelter.

“You know exactly what I'm talking about.”

“Nope.” Colby glanced down the street. There was Gigi, strutting toward her as fast as she could in her high heels and the world's tightest jeans.

“Thank God.” Colby leaned forward and put her head between her knees. She was okay for another moment. But when she lifted her head to say hi to Gigi, she tasted another swell of bile, and she threw up.

All over the young woman's white sneakers.

“Jesus!” The woman jumped back.

“I didn't steal anything,” Colby warbled.

“What the hell, Colby?” Gigi took her arm. “What is wrong with you?”

“What did you take?”

“A wallet!” the young woman practically shouted. “From an old man on the bus. I saw her.”

The woman squared her shoulders and seemed to grow taller.

“I know what I saw, and if you don't take it into the church and leave it with them, I will call the cops.”

“Are you for real?” Gigi shook her head.

“Acutely real.” The woman met Gigi's glare with her own.

Gigi flicked Colby's shoulder to get her attention. Colby moaned. Gigi waggled her fingers. “Give it.”

“What?” Colby felt another wave of nausea grip her stomach.

“Give me the goddamned wallet, Colby.”

Colby glanced at Gigi. Gigi rolled her eyes. Colby glanced back at the woman, who had her cell phone at the ready.

When Colby still didn't produce it, Gigi went fishing. She found it right away and threw it at the woman's barf-spattered feet. Then she hauled Colby onto her feet and steered her down the street.

“Thanks!” the young woman called after them. “You did the right thing.”

“Whatever, bitch!” Gigi hollered back.

Once inside, Colby breathed a sigh of relief, but with it came all the smells of the dusty old pawnshop. Sweaty leather jackets, tinny metal, greasy used tools. Colby lurched back outside and threw up again.

It wasn't until Gram set a plate of spaghetti in front of Colby that anyone clued in. Colby took one sniff of it and nearly barfed right onto the plate.

“You're pregnant.” Gram slid the spaghetti out of sight and narrowed her eyes at Colby. “I'm right. You're pregnant. I knew this was going to happen. I thought it would be Gigi. But you? I didn't think it'd be you.” Gram made a disapproving sound, a sort of sharp intake of breath. “I told you both.” She wagged a finger at Gigi and Colby. “This is what happens when you have sex before marriage.”

“I'm not pregnant.” But even as she said the word, Colby knew Gram was right.

“You totally are.” Gigi gawked at her. “You said you were late. And your period never came, did it?”

“Who?” Gigi stared at her. “You don't even have a boyfriend.”

“A boyfriend isn't a requirement.” Colby sat back, the smell of the spaghetti hanging heavy over the table. She put a finger under her nose, blocking her nostrils. “It's a perk.”

April & Oliver by Tess Callahan
The Oasis by Janette Osemwota
Soft Target by Mia Kay
In Too Deep: A Romantic Suspense Novel by Landish, Lauren
Kokoro by Natsume Sōseki
Mile High Guy by Marisa Mackle
One True Thing by Anna Quindlen
Kanata by Don Gillmor
The Truth About Luck: What I Learned on My Road Trip with Grandma by Iain Reid
Zenak by George S. Pappas