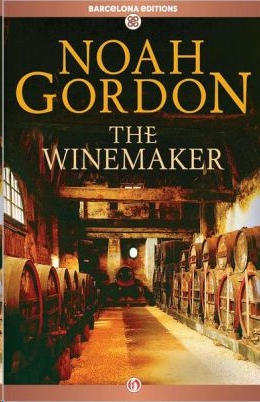 Whether at Naishapur or Babylon,

Whether the Cup with sweet or bitter run,

The Wine of Life keeps oozing, drop by drop,

The Leaves of Life keep falling, one by one.

—
The Rubaiyat of Omar Khayyam
Translated by Edward Fitzgerald

Land is about the only thing

That can’t fly away.

Blessed is he who has found his work;

Let him ask no other blessedness.

—
Past and Present
Thomas Carlyle

Where have all the young men gone?

Gone for soldiers every one.

When will they ever learn?

When will they ever learn?

—
Where Have All the Flowers Gone?
Pete Seeger

All rights reserved under International and Pan-American Copyright Conventions. By payment of the required fees, you have been granted the non-exclusive, non-transferable right to access and read the text of this eBook onscreen. No part of this text may be reproduced, transmitted, downloaded, decompiled, reverse engineered, or stored in or introduced into any information storage and retrieval system, in any form or by any means, whether electronic or mechanical, now known or hereinafter invented, without the express written permission of the publisher.

This is a work of fiction. Names, characters, places, and incidents either are the product of the author’s imagination or are used fictitiously. Any resemblance to actual persons, living or dead, businesses, companies, events, or locales is entirely coincidental.

Originally published in Spanish as
La Bodega
by Roca Editorial de Libros, S.L. in Spain in 2007.

Outside the village of Roquebrun
Province of Languedoc, Southern France
February 22, 1874

On the morning when everything changed, Josep was working in the Mendes vineyard, and by midmorning he had settled into a trance-like routine, moving from vine to vine, removing the dry, tired branches that had borne the fruit harvested in October, when each grape had been juicy as a ripe woman. He pruned with a ruthless hand, leaving economical vines that would produce the next generation of grapes. It was a rare, lovely day in what had been a sour February, and despite the chill the sun seemed to surge in the vast French sky. Sometimes when he came upon a shriveled grape that had been missed by the pickers, he salvaged the Fer Servadou raisin and relished its spicy sweetness. Whenever he reached the end of the row, he made a pile of the prunings and took a flaming vine from the previous burning to ignite a new fire, the bitter stink of the smoke adding to his pleasure in the work.

He had just finished firing a pile when he looked up and saw Leon Mendes making his way across the vineyard, not pausing to speak with any of the other four workers.

“Monsieur,” he said respectfully when Mendes reached him.

“Senyor.” It was their little joke, the proprietor addressing him as if Josep were the proprietor and not the peon, but Mendes wasn’t smiling. He was gentle but as direct as always. “I spoke this morning with Henri Fontaine, who has recently returned from Catalonia. Josep, I have very bad news. Your father is dead.”

Josep found himself as if clubbed, unable to speak.
My father? How could my father be dead?
Finally,“What was the cause?” he said stupidly.

Mendes shook his head. “Henri had heard only that he had died late in August. Henri knew nothing more.”

“And shall it be…
safe
for you?” Mendes asked gently.

“I believe so, Monsieur. For a long time I’ve been thinking about returning. I thank you for your kindnesses to me, Monsieur Mendes. For taking me in. And teaching me.”

Mendes shrugged. “It’s nothing. One never stops learning about wine. I deeply regret the loss of your father, Josep. I remember you have an older brother, is it not so?”

“Where you live, does the eldest inherit? Shall Donat get the vineyard from your father?”

“Where we live, the custom is for the eldest son to inherit two-thirds, with any younger sons sharing the remainder and given jobs that provide a living. But it’s my family’s custom—because we have so little land—that
all
goes to the eldest son. My father always made it clear that my future was with the army or with the Church. Unfortunately, I am fit for neither.”

Mendes smiled, but the smile was sad. “I can’t disapprove. In France, splitting properties among surviving children has led to some ridiculously small farms.”

“Our vineyard is made up of only four hectares as it is. That’s barely enough land to support one family when the grapes grown on it are used to make cheap vinegar.”

“Your grapes start out fine enough. They have pleasant, promising flavors—too good, in fact, for cheap vinegar! Four hectares run properly can give a crop to make good wine. However, you need to dig cellars, so the wine doesn’t turn sour in the heat of summer,” Mendes said mildly.

Josep had great respect for Mendes, but what did the French winemaker know of Catalonia or of growing grapes from which to make vinegar? “Monsieur, you’ve seen our little casas with their dirt floors,” he said too impatiently, numbly thinking of Padre. “We don’t have great chateaus. There is no money for the construction of grand bodegas with wine cellars.”

It was obvious Monsieur Mendes didn’t wish to argue. “Since you don’t inherit the winery, what shall you do in Spain?”

“Perhaps not in your village? Spain’s Rioja district has a few vineyards that would be fortunate to have you, for you’re a born grower of grapes. You sense their needs, and your hands are happy in the earth. Of course, Rioja is not Bordeaux, though they make a few passable reds there,” he said loftily. “But if ever you wish to return here to work, you will find quick employment with me.”

Josep thanked him again. “I don’t believe I’ll go to Rioja or come back to Languedoc to work, Monsieur. Catalonia is where I belong.”

Mendes nodded his understanding.. “The call of home is always loud. Go with God, Josep,” he said. He smiled. “And tell your brother to dig a cellar.”

Josep smiled too and shook his head. Donat would not dig a hole even for a shithouse, he told himself.

“Leaving? Ah…Good fortune, then.” Margit Fontaine, Josep’s landlady, received the news of his departure with her secret, almost sly, little smile—even, he suspected, with pleasure. A middle-aged widow, she still had a lovely face and a body that made Josep’s heart thump when he first saw her, but she was so completely absorbed with herself that after a time she had lost any allure. She had provided him with careless meals and a soft bed she had sometimes shared scornfully, treating him like a dull pupil in her strict sexual academy.
Slowly, purposefully. Gently! Jésus, boy, you are not running a race!
It was true she had meticulously taught him what a man could do. He had been intrigued by the lessons and by her attractiveness but there were never tender feelings between them, and his pleasures were limited because he came to dislike her. He knew that she saw him as a rawboned country youth, an uninteresting Spaniard who spoke Occitan, the regional language, badly and French not at all. So with an unromantic adieu he departed early the next morning the way he had come to France, quietly and unnoticed, disturbing no one. Hung from one shoulder, he carried a cloth bag containing sausages, a baguette, and a bottle of water. From his other shoulder, he carried a rolled blanket and a gift from Monsieur Mendes, a small skin of wine on a rope strap. The sun was gone again, the sky was gray as a dove’s neck; the day was cool but dry, and the surface of the dusty road was firm, good conditions for walking. Fortunately, his legs and feet were hardened by work. He had a long way to go and set himself a purposeful but unhurried pace.

His goal for the first day on the road was to reach a chateau in the village of Ste. Claire. When he arrived there late in the afternoon, he stopped at the small Church of St. Nazaire and asked a priest for directions to the winery of a man named Charles Houdon, a friend of Leon Mendes. When he had found the winery and had given Monsieur Houdon the felicitations of Monsieur Mendes, he received Houdon’s permission to sleep that night in the barrel room.

As evening fell, he sat on the floor next to the casks and ate bread and sausage. Houdon’s barrel room was spotlessly clean. The heavy sweetness of fermenting grapes didn’t quite mask the harsh scent of new oak wood and the sulfur that the French burned in their bottles and barrels to keep them pure. In southern France they burned a great deal of sulfur, fearful of all disease but especially phylloxera, a plague that was ruining vineyards to the north, caused by a tiny louse that ate the roots of the vines. This barrel room reminded him of the one in Mendes’ winery, though Leon Mendes made red wines, and Houdon made only white wine from the Chardonnay grape. Josep preferred red wine, and now he gave himself the indulgence of a single swallow from his wineskin. The drink was a small burst, sharp and clean—vin ordinaire, common wine even workingmen could afford in France, yet better than any wine Josep had tasted in his village.

Dark Paradise by Angie Sandro
Change Of Season by Dillon, A.C.
Desire and Duty by Marie Medina
Blood Vivicanti (9781941240113) by Becket
The Sphere (The Magi Series #2) by Turner, Kevin M.
Sing It to Her Bones by Marcia Talley
The Sapphire Heist (A Jewel Novel Book 2) by Lauren Blakely
Permanently Booked by Lisa Q. Mathews
Deceive Not My Heart by Shirlee Busbee
Terminus by Joshua Graham