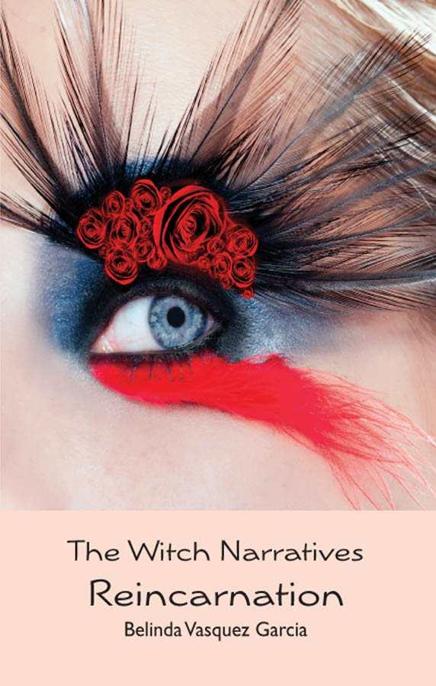 For Bobby, the love of my life, my soulmate and my hero.

Part Five: We Must Keep The Home Fires Burning

Part Six: I Promise I Shall Return

Sneak peek at The Witch Narratives, Resurrection: Part One

Ashes to ashes. Dust to dust. Mud to mud.
From earth, so a witch is fashioned.
To beneath the earth, so shall she return
.

H
er steps were leaden as though La Llorona rose from the dead, which indeed she had. This was not the first time she left her muddy grave to search for her children. She stood on the bank of the Rio Grande, holding her arms, rocking them gently, humming a lullaby.

Small hands tugged on her gown, little fingers wrapping themselves in the homespun material.

Ah
, she thought,
my children have returned to me
.

When she looked down, it was but the wind stirring her gown.

It was but the wind blowing her temper back and forth across the New Mexico plains.

Though it had been over 200 years since she was stood up at the altar, she still wore a spidery wedding veil. She cursed, untangling her veil from thorns of tumbleweeds fencing in the river like barbed wire.

She was getting her bearings now. She walked, screaming and waving her arms about her.

At times she tossed her head, hiding behind her veil, from prying eyes, from lips held close to ears, hiding from her wedding guests.

But then the wind blew her wedding veil back, and she once more shrank back in horror from eyes staring back at her.

Her mother’s
I warned you
eyes!

If the mocking eyes of her wedding guests were in front of her, she knew what was behind her, the laughing eyes of Padre Duran who stood at the Chapel of San Miguel waiting for her groom to show up.

Just as La Llorona still waited for her children to return.

Into the black night she made her way east to Madrid, a remote village stuffed in a narrow canyon of the Ortiz Mountains. Madrid was some 45 miles south of the river but no great distance for the bruja who, like some witches from the Southwest, could travel with the speed of a fireball. Just last night, a spark of fire dashed across the sky like a falling star, lighting up the desert in Arizona near the banks of the Colorado River. The fire went out and La Llorona was spotted, teetering on the rim of the Grand Canyon with her spidery veil caught among the cactus needles.

That was last night. Tonight, she chose to search in Madrid where the Hispanos still celebrated All Saints’ Day.

If I had not burned down the church, I could have been a saint
, she thought, scoffing.
The pope does not look kindly upon destruction of church property
.

She approached the village of Madrid, growling at a wooden cross outlined against the sky. The cross was the tip of the adobe Church of San Cirilio. She remembered when this pile of dried mud had been part of the Mission of San Cirilio. If she thought hard enough, she could remember the face of Cirilio himself. She tried to seduce him once, when he had been but a man and not yet a saint. She smiled. Only she knew if the seduction had been a success. She had never been a kiss-and-tell woman. In fact, she carried her secrets to her own muddy grave at the bottom of the Rio Grande.

The Mission of San Cirilio long ago crumbled to dust, but I am still here. Where are the Spaniards who built this church nestled between the mountains, as though it was stuffed into a crack between two worlds? Where are they now? Those good men who sentenced me
.

They thought her dead then, but she had shown them.

She would show them all.

It was she, forty years ago in 1879, who caused the coal mine to cave in, when the Cerrillos Coal Railroad Company began to commercially mine the black stuff in Madrid, and changed the pronunciation of the town to
Madrid
. A dozen lives were lost because of her. She always traveled with death. It was all she had now the life inside her was drowned by her own hand. Death thrived within her while without, the coal mine once again thrived in Madrid.

It felt so good to be back.

She stepped onto the main road named the Turquoise Trail because scattered about the hills and mountains were Indian turquoise mines, some more than nine centuries old but no longer active.

At least there is something older than me in Madrid
.

At least there is light at the end of the mine tunnel
.

There, at the edge of the village was a beacon of light, the only home in Madrid which did not have blue doors or blue frames around the windows. Blue is the color of the Catholics’ Virgin’s robe and so, protects the Hispanos from a witch entering the home. A house with doors the natural color of the wood they were grown from, instead of painted the sickening color of the blue sky, put her in a good mood. She always kept her eyes down to the ground, not up to the heavens.

There were two things which put her in a bad mood. First—the site of men marching merrily off to work with mining helmets on their heads and the hope of ever lasting employment. Second—the sound of music, merriment, and dancing, in other words, a fiesta

La Llorona was wrong. There was no great fiesta at the Rodríguez household, just family and friends celebrating a child’s birthday. Marcelina Rodríguez had reached the grand age of eleven.

With dancing and merriment, it was much too hot and lovely a night to have the doors and windows closed. Claudio Rodríguez circled his partner around the floor to the front door. He was always a nimble dancer. As he moved in tune to the ranchero music, he flung open the door to let the breeze in, all without missing a beat.

It takes but one turn to ruin a party.

There on the steps wobbled La Llorona, her body bent like the branch of a tree. She was dressed in a black wedding gown. The light from the house was unkind to her. Her complexion had turned to dried, cracked mud by the wind and the fire. Her hair rioted her scalp like soggy weeds pulled from the embankment of the Rio Grande. She was truly a freak of nature, a mixture of the elements, of wind, earth, and water. A shawl of spidery lace, the color of dusty cobwebs, started at the tip of her head, wrapped around her face, and crept down to bare feet which spent at least one century in the bath.

Claudio may have been the first to see her, but everyone heard her unearthly wail.

The witch raised her arms, and screamed even louder.

His brother, Ramon, dropped his violin, the wooded instrument splitting in two halves.

Everyone stepped back, covering their noses with their arms.

The stench of a decomposing corpse, dragged from the river, swept through the doorway.

The stink vaporized, like fog, rolling across the wooden floor, covering all with its stench.

The fog crept up the walls, soaking into the adobe, dampening the dried mud walls with the smell of death.

The witch nodded her head at the fear twisting their faces. Ah, these people knew of her and her search. They, also, feared for her little ones. They, too, looked as if they were about to cry. In fact, the women in the house were openly sobbing.

She held out a comforting claw but was rejected. She looked rejected, standing there uninvited to the party, clothed more for a funeral, blanketed by the dusty cobwebs of her wedding veil. Combined with her black wedding gown, she resembled a black widow trapped in her own web. With the frustration of 200 years of searching and never finding her children, she shrieked, beating her breast with her fists. Her cries were so strong the windows burst from their frames. Glass flew about the partygoers. One piece even stabbed Claudio in the cheek.

She looked at Claudio as if she was sorry. She reached out an earthen claw and stuck between her fingers was a black rose from her wedding bouquet. Yet, there was something else besides pity for Claudio in the witch’s eyes. Malice. Because even though he was a bachelor, he had eighteen children, while she had none.

The 5th Horseman by James Patterson
The Dog With Nine Lives by Della Galton
The Sessions (Covenant Series) by Boone, Azure
Imperfect Partners by Ann Jacobs
The Defenceless by Kati Hiekkapelto
Out of It by Selma Dabbagh
Dawn of Avalon by Anna Elliott
The Lovers by Rod Nordland
Oblige by Viola Grace
His Pleasure Mistress by Ann Jacobs