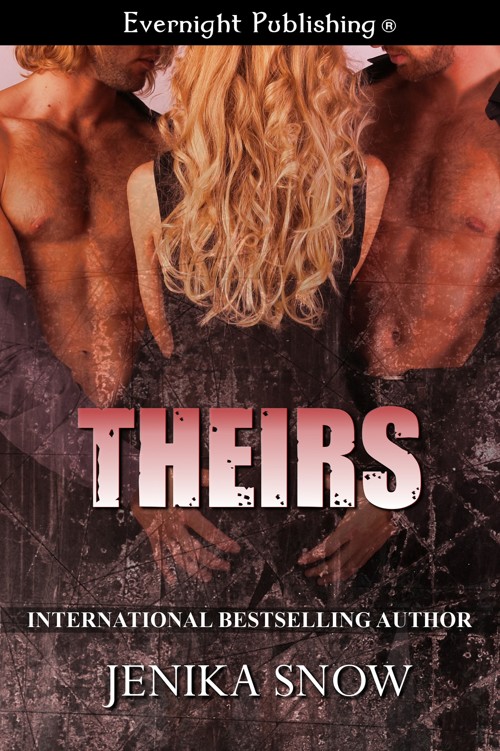 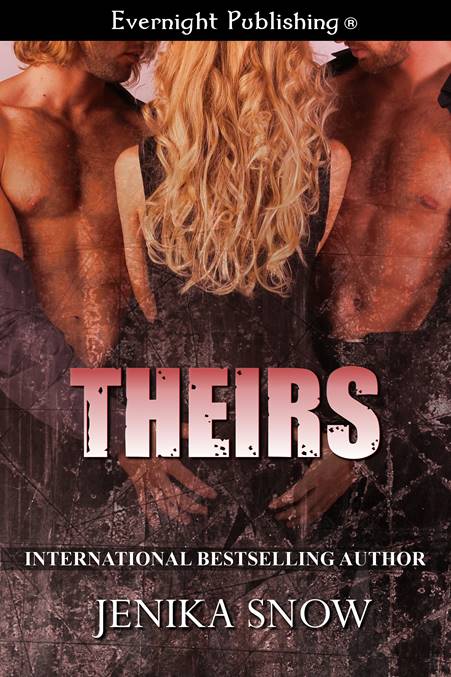 WARNING: The unauthorized
reproduction or distribution of this copyrighted work is illegal.

This is a work of fiction. All
names, characters, and places are fictitious. Any resemblance to actual events,
locales, organizations, or persons, living or dead, is entirely coincidental.

What is
considered wrong to one person is perfect for another.

He
was gone. Lilly could only sit on the edge of her bed and hold the phone as the
conversation she’d just had played over and over again in her head.

She
squeezed her eyes shut, the tears not coming, but the pain so monumental she
couldn’t even breathe.

He
was only thirty, the same age as she was, the same as Riley and
Tallin
.

God, that’s so young. It’s so
tragic and devastating.

The
sound of the clock ticking on her wall was not enough background noise to dull
the ringing in her ears. She stood, the room spinning, everything going in and
out of focus, and sweat beading her brow. Sorrow for the loss of one of her
best friends assaulted her, claimed every part of her, and was sucking the very
life from her. Guilt that she hadn’t seen him as much as she should since she
left wracked her, made her feel like a worthless piece of shit person.

You didn’t say goodbye. You should
have talked to him more, made an effort to go back home and see him.

She
squeezed her eyes again, sucking in air, feeling dizzy, like she was in a
prison
and
there was never any chance of her escaping.

She
didn’t get to say goodbye.

I didn’t get to tell him that I
loved him, that he was such a good friend.

She
would finally be going home again after being away for so many years. Even if
she’d spoken to the guys during that time, it wouldn’t be a happy reunion. No,
she was going back to watch Christian being buried.

God, can I even get through this?
Can I go back and see Riley and
Tallin
and not have a
breakdown?

Thinking
about the other two men that had been part of their quartet made her heart
hurt, made every part of her tighten. How could she face them with such tragedy
hanging over them? They’d stayed in Burkett, Colorado this whole time, and she
knew they’d spent time with Christian. This had to be earth-shattering to them.

Sitting
back on the bed, she breathed out and ran her hand over her eyes.

She
might not know if she could do this, but she didn’t have a choice.

Lilly
pulled her car into the small, rundown gas station that was about thirty
minutes outside of Burkett—the town she’d grown up in.

She
stopped in front of one of the two pumps, both brown and rusted around the
edges, making it clear they’d been here a while. A bell chimed twice and
signaled the attendant to come out to pump the patron’s gas. It was old school,
but then again a lot of things in Burkett were that way

A
grease splattered young man jogged toward her car, mindful of the dusting of
snow and ice covering the ground. Pellets of salt had been thrown down, but it
was still snowing, and she knew it would be for the next few months. Winter had
finally come to Burkett, and it wouldn’t be leaving anytime soon.

She
rolled the driver’s side window down when he stopped in front of it, a big grin
pasted on his dirty face.

“Can
you please fill the tank up?” She leaned back in her seat as he pumped the gas,
her mind blank and void of any and all emotion. She would not cry in the
parking lot of a gas station. It was during the quiet times that she remembered
the good times she had had with her boys.

They
had been called the Quartet ever since they were toddlers. Christian
Reive
had always been the rambunctious one with a head full
of auburn hair and eyes so blue they rivaled the Caribbean. No one had been
surprised when he opened his own construction company. He built incredible
cabins and buildings in Burkett and the surrounding areas. Christian’s talent
had built the place where Riley now resided.

Tallin
Draven had always been the strong
and silent type, the ladies’ man as the other boys had dubbed him. He’d joined
the military after college and moved up the ranks to become Special Ops. But he
also had that bad boy streak going on, with the leather jacket, the Harley, and
even tattoos on his muscular body.

But
last she heard he was no longer on active duty, and living in Burkett again.

Riley
McKnight was the brains of the group, the sweet, caring friend that had always
been her shoulder to cry on, always been there to talk to when she had
something on her mind. His gentleness and intelligence had taken him in the
right direction and profession. That intelligence made him the best doctor in
their area, in Colorado, if anyone asked her. Then there had been her, the only
girl in Burkett who had dared to put up with the three of them.

Put up with the three of them.

Lilly
couldn’t help but smile at that. Yeah, they’d put up with her tagging along on
their “boy” excursions. But they’d never complained, and in fact always said
they wouldn’t be a team without her.

She
had just spoken to Christian a week ago, had just heard the deep baritone of
his voice as he talked about getting the four of them together again after all
these years. She had meant to come down, but with working at the firm, she
hadn’t found much time. It was too late, though. Christian was already gone,
and she would never see him again.

She
felt a tear slip down her cheek and quickly wiped it away. She’d taken a leave
of absence, the loss of her friend hitting her so hard she couldn’t even think
straight, let alone go back to work. She’d enough time and money saved up that
she didn’t even have to worry about working for a while.

She
turned her head toward the young man. The scent of grease, oil, and gas
permeated the air, and instantly her stomach recoiled. She shook her head,
handed him the money and a generous tip, and drove off.

Twenty
minutes later, she was pulling into Burkett, the sights bringing back memories
and putting a smile on her face. Nothing had changed in the years she’d been
away, and she was thankful for the feeling of being home. The snowcapped
mountains towering in the horizon reminded her of the trips the four of them
used to take, the weekend camping getaways where they’d huddled by the fire,
drank beer and whiskey, and laughed at the stupid shit they’d done.

She
turned off her car and sat in the parking lot of the local grocery store. It
wasn’t anything big, minuscule compared to what she was used to, living in
Denver, but it reminding her of happier times. She stared at the mountains,
remembering when the four of them had gone skiing for the first time as a
group. It had taken all of her coaxing to talk her parents into letting her go
with
Tallin
, Christian, and Riley. Christian had
taught her how to ski when she was seventeen.
Tallin
and Riley had teased her mercilessly over the fact that she was so old and
lived so close to the mountains and had never learned.

Big
mountains and the fear of avalanches—as silly as that was to believe—cemented
her belief that it was better to stay in town. They had talked her into it,
though. Her three big, strong boys had told her they would protect her.

And
they had. They always had.

She
grabbed her purse and got out of the car. She needed to pick up a few things
since she had no idea how long she intended to stay in town. Her parents had
moved to a warmer climate a few years back, but fortunately they hadn’t sold
their cabin. That was where she planned on staying for her indefinite time in
Burkett.

The
grocery store’s double doors slid open, and she stepped inside. Half the town
was shopping since the weather had predicted a massive snowstorm to hit later
this week. She saw several faces she recognized and a lot that were new. It was
the busy time in Burkett, the skiing excellent this time of year and bringing
hordes of tourists to the area.

“Well,
if that isn’t Lilly Hawthorn.”

She
turned around and smiled widely. David Masterson was several years older than
she was and had acted more like a big brother than a neighborhood friend. His
dark hair was prematurely graying, and wrinkles had started forming at the
corners of his baby blue eyes.

“Davie
Masterson, how’ve you been?”

They
embraced, mindful of standing in the center of the produce section as people
shopped.

“Good,
and you? Haven’t seen you in what? Three years?”

She
adjusted the little red basket on her arm. “Yeah, long time. How are Dani and
the kids?”

“What
is that? Number four?”

His
cheeks became red, and he broke into a full grin. “Yup, fourth time’s the
charm. Three little girls and now we’re finally getting that boy.”

“You
know you’re the only one who still calls me that.”

“I
guess old habits die hard.” She closed her eyes and instantly regretted her
words. She opened them and stared back into his face.

He
appeared so serious all of a sudden and ushered her to the side. “So, I assume
you’re here for Christian’s funeral? How are you handling everything? Are you
doing okay? I know you were close.”

She
stared idly at the rows of lettuce. The automatic sprinklers came on, sending a
mist into the air. “I could be better.” He wrapped her in another hug, and she
sighed, knowing now was not the time to cry.

“Have
you seen
Tallin
and Riley yet?”

“No.
I’m headed over there later tonight, after I get settled in.” She pulled away
from him and looked into his eyes.

“Have
you been keeping contact with them these last three years?” he asked.

“Here
and there, but we’ve all been busy.” She swallowed past her emotions. “I just
talked to Christian a week ago.”

Empathy
covered his face. “I am so sorry.”

She
shrugged and steeled her emotions. “That’s life, I guess. Have you seen them?
Are they doing okay?”

He
ran his hand over his hair and glanced around uneasily. “I haven’t seen them
since … well, since the accident. No one has actually. They have been keeping
to themselves.”

Tallin
and Riley had cabins in the
mountains, no more than a mile apart, and she suddenly became so stricken,
knowing their emotions must be weighing on them heavily. Before she had moved
to Denver, the four of them had always spent time at Riley’s house. She had so
many wonderful memories in that house.

“Well,
listen, I have to finish getting supplies for the storm, but we should get
together later on, after…”

She
knew where they would see each other, Christian’s funeral. She nodded almost
absently, and they hugged again. She watched him walk away, sighing as she
continued her shopping and trying to keep her mind on more pleasant
things—things that wouldn’t make her break down in the middle of the grocery
store.