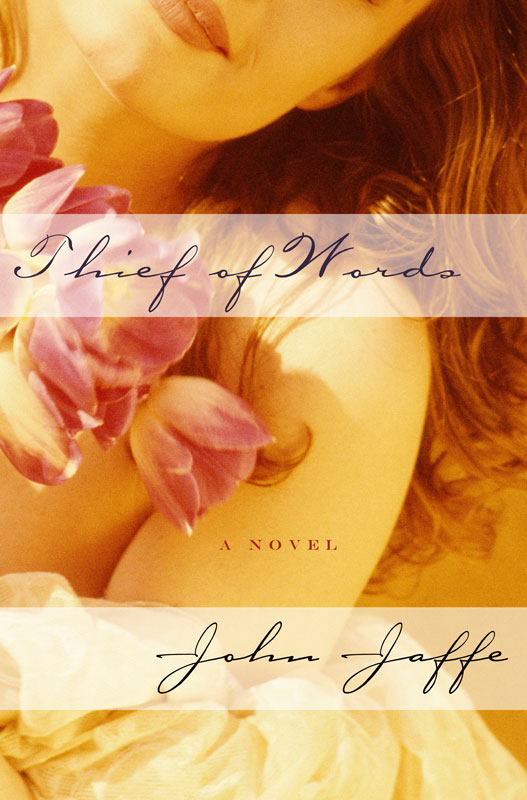 This is a work of fiction. All of the characters, incidents, and dialogue, except for incidental references to public figures, products, or services, are imaginary and are not intended to refer to any living persons or to disparage any company’s products or services.

To Phyllis Richman for her big heart and wise words

Richard Jaffe and Beverly Reifman for their early and enthusiastic first reads.

Jenny Bent for her keen comments.

Annie Isaac for her memories of Atlantic City.

Steve Hunter for saying I could use his name to pitch this book to Esther Newberg.

Esther Newberg for placing this book with Jamie Raab.

Jamie Raab, one hell of an editor and a nice person to boot. Phyllis Richman for reading as many drafts as I threw at her and always making it better.

Steve Proctor and the
Baltimore Sun
for his and its generosity. And finally to Laura Lippman for Operation Muncie, without which this book would have never been.

I
f you like rooting for the underdog, Annie Hollerman would have been a fine choice.

She came from nowhere, she knew no one, and her clothes were all wrong for everything. Yet she’d talked herself into a reporting job at a well-respected newspaper in North Carolina, talked herself ahead of fourteen other applicants, including a Cliffie and two Yale grads. She even talked herself over a prep from Princeton, which was the most astonishing part because every morning the paper’s managing editor slipped his navy blue Princeton belt through the loops of his pressed khakis.

Maybe the M.E. liked underdogs, too. Maybe he liked the fact that Annie was eager, energetic, and bright. Maybe he liked the set of her jaw as she tried to seem tougher than her twenty-six years. Maybe there was something in her xeroxed clips that reminded him of how hard and exhilarating it was to be starting out with nothing but potential.

Whatever the reason, the man in khakis stood up at the end of the interview and stuck out his hand. “Welcome aboard, Ms. Hollerman,” he said. Then he assigned her to the health beat and added, “I expect you to make page one in three weeks.”

Annie made page one with four days to spare.

Who would have thought the daily rounds of a chicken farm inspector could read like a detective story? The underdog, it turned out, could write like a dream. She had an eye for character and an ear for conversation. She could transform the most mundane tragedy into something that would turn your morning coffee salty with tears.

In less than a year, Annie was on the feature writing staff. And six months after that, the man in the khakis called her into his office again. They chatted a few minutes about her progress and his satisfaction. Then, because he was a man who liked ceremony and flourishes, he stood up and, once again, extended his hand.

“Congratulations, you’ve got a new assignment,” he said.

And so Annie Hollerman became the youngest reporter in the history of the
Charlotte Commercial-Appeal
to join the paper’s special projects team. Until then, the team had consisted of veteran reporters. Three years before, it had won the paper’s only Pulitzer Prize for its investigation into brown lung disease.

If this were a movie, Annie Hollerman would be spunky, leggy, and pretty and drive a secondhand convertible. And she’d be from New Jersey.

Annie had plenty of spunk, but she also had a temper, hated her thighs, drove a white Honda hatchback, and was as leggy as five foot three can be. She was, however, from New Jersey, and she was friendly and funny. Within two weeks, everybody in the news-room liked her—everybody except the food editor, a lonely and hateful spinster whose only friend was the gay chef she was in love with.

As for pretty? Annie was more interesting than pretty. Her nose was a little too long and her eyes were set deep with shadowy circles underneath. But you could tell she had a face that would wear well. Her strong cheekbones would push out even more prominently over the years. And the laugh lines, now temporary, would radiate around her eyes.

Everything about her would sharpen. The softness of youth would give way to a kind of carved elegance that gets more beautiful with each year. And her carriage would change. Her hands, which often hid behind her back, would someday find an easy resting place on her hips. One day, she would walk into a restaurant wearing a clingy black dress and a man at a window table would nearly spill his wine trying to get a better look.

But that would be years from now. At this point, Annie Hollerman was no great beauty. Her hair, however, was another story. It was, and always would be, a showstopper. Long waves of red, gold, and blonde tumbled around her face and down her back. It was the kind of hair that drove Botticelli and Rossetti to canvas. And it was the first thing anyone noticed about her, usually providing the opening line for men who found her almost-beauty appealing.

“Wow, great hair,” was Andrew Binder’s opening line. He blurted it out as she walked past his desk on her second day in the newsroom. It had been a long time since Annie had heard anything that inept (once in high school: “Hey girl, your head’s on fire!”), but she didn’t mind, this was Andrew Binder, the star reporter, the hotshot writer, everybody’s pick for the next Pulitzer. Her hair had stunned Andrew Binder into an incomplete sentence.

Within weeks Andrew and Annie were known in the news-room as A-Squared. They seemed destined not only for each other, but also for greatness—or at the very least, the
New York Times.
They were wunderkind bookends, full of talent and drive. Friends could picture Andrew and Annie reporting from the White House or pontificating on Sunday morning talk shows. And, in truth, A-Squared could picture it, too.

Life was good for Annie Hollerman.

These underdog stories always have an “until.” This one came on an uncharacteristically cold spring day in the Queen City of Charlotte, North Carolina. It was so cold that the new red tulips lining the city’s main streets seemed to be shivering in the morning wind.

Annie got to the paper at 9:15. First she stopped at the cafeteria where she bought coffee, and joked about the cold weather. She seemed even more buoyant than usual. If the cafeteria ladies had thought to ask her why, she might have told them that the night before she and Andrew had talked seriously about moving in together.

Up in the newsroom, she saw a small box on the keyboard of her computer. Inside, resting on a pillow of white cotton, was Andrew’s house key. “For you, Annie,” the note said. “Always and forever.”

But before always and forever could even start, before she could tuck the key back into the box, three editors were standing by her desk.

“Step into my office, please.” It was the man with the navy blue Princeton belt. To his right was the projects editor, Annie’s direct boss; to his left was the executive editor, everyone’s boss.

Only one person besides Annie and the three editors know exactly what happened that cold spring morning. The food editor, whose desk faced the executive editor’s glass-walled office, was very good at reading lips. But it seems she wasn’t as hateful as everyone thought, for she refused to tell anyone why Annie Hollerman bolted from the editor’s office, her eyes as red as those shivering tulips.

Annie never even came back to clean out her things. It was the food editor who finally tossed the little white box with the key inside into a trash can. Soon after, she asked for a new desk, away from the glass offices, and they gave her the desk where Annie Hollerman, the wunderkind, had once sat.

W
hat you need, Annie Hollerman, is a man with a good ass.”

Laura Goodbread scrolled down to the bottom of her message, added her usual “xoxo,” and hit the send button. Just as her words disappeared, Jack DePaul’s cute butt appeared a few feet away. Jack was standing by the music critic’s desk, his back to her.

She wondered what he might look like underneath those pleated black Dockers. She’d never know firsthand, she was a (happily) married woman and wanted to stay that way. Not to mention that Jack was her boss and morally, legally, and many other “ly” words, forbidden to do anything but edit her.

Anatomy aside, she liked Jack DePaul as a person, which was not something she could say about many editors at the
Baltimore Star-News.
He was funny, smart, and fair—or as fair as an editor could be. He only asked her to cover the annual City That Reads festival every other year. Well, “asked” might be the wrong word, but Jack made it seem like asked, rather than assigned.

But the best part of him, as far as Laura was concerned, was his passion for good writing. There was only one other person Laura knew who loved words as much as he did, and that was her best friend, Annie Hollerman.

Annie, who ran her own literary agency in Washington, called her at least three times a week just to read lines from manuscripts she’d gotten in. “Laura,” she’d say, “I know you’re busy, but you’ve got to hear this.” And she dragged Laura to innumerable book readings just so they could hear writers deliver their words personally. “As they were meant to sound,” Annie would say.

As many times as Annie had called Laura about the next Jane Austen, Jack had read to her from the latest
New Yorker
or novel he was reading. He loved simple language and cadence. He had lots of favorites—F. Scott Fitzgerald’s short stories, Ian Frazier’s sketches, David Quammen’s essays, Raymond Chandler’s pulp. At least fifty times, he had peered over his glasses and said, “Goodbread, if you could write a lead like Chandler’s ‘Red Wind,’ you could win a Pulitzer.” (To which she inevitably replied, “If I could write a lead like that, I wouldn’t be working for you, Jack.”) She’d even known him to quote poetry. Poetry in the newsroom!

She’d also known him to call reporters crybabies, knuckleheads, and whiners. When someone didn’t want to do a story, he’d say, “You don’t have to like it, you just have to do it.” That didn’t bother Laura. She knew Annie could handle him. The crybabies Jack dealt with were minor leaguers compared to Annie’s prima donnas.

Aside from their mutual love of words, Jack and Annie needed each other. Or so Laura thought. Laura didn’t know much about Jack’s personal life beyond newsroom gossip and the fact that he’d stopped wearing his wedding band three years before. Rumor had it, he’d left his wife for a dark-haired woman who broke his heart in eighteen pieces. Half the newsroom was still trying to guess the identity of his Madame X.