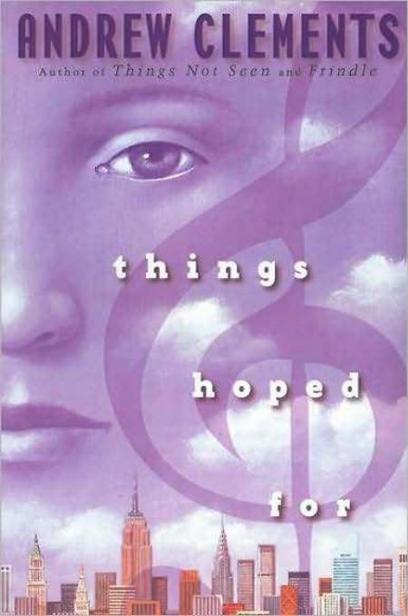 Table of Contents
Title Page
Copyright Page
Dedication
chapter 1 - THURSDAY
chapter 2 - THE BRAVE ONE
chapter 3 - TIGHTROPE
chapter 4 - FAMILIAR FACE
chapter 5 - FIELD TRIP
chapter 6 - GWENDOLYN CRUSOE
chapter 7 - BUYING TIME
chapter 8 - HOUSEGUEST
chapter 9 - MODULATION
chapter 10 - IMPROVISATION
chapter 11 - NO STEAK
chapter 12 - SUSPECTS
chapter 13 - TOO MUCH
chapter 14 - UNINVITED
chapter 15 - REINFORCEMENTS
chapter 16 - COMEUPPANCE
chapter 17 - GIFTS
chapter 18 - GREATER LOVE
Why did Grampa leave?
“That guy sounds totally out of it today—yelling and swearing, and he says he’s got papers all ready to sign. And he says he needs to borrow some money against his half of this house or he’s going to lose his business. And he needs to get it settled right now. No wonder your grandfather wanted to get away.”
I shake my head. “If you’re saying Grampa ran away and left me to deal with all this because he was afraid or something, that’s not true—that’s not like him at all. You saw those war medals in the parlor. He would never run from a fight.”
Robert says, “Okay, but if he knew Hank was so nuts about needing some money, and he knew Hank was going to keep pushing, then why do
you
think your grandfather left all of a sudden?”
That stops me cold. But then the answer comes to me so clearly. “Grampa must have been pretty sure that if he’d stayed, things would have been worse.”
“Worse than this?” Robert makes a face. “How?”
I shrug and I say, “I don’t know.”
And on Saturday, that’s true. I don’t know how things could be worse. But I’m sure Grampa wouldn’t have made it hard for me, not on purpose.
And then I think, Wouldn’t it be nice if everything always happened on purpose.
And then I think, Maybe it does.
I want to thank Kaoru Suzuki for his insights about violin audition repertoire; Charles Clements for his perspective on the classical audition process; George Clements for what his music has taught me about composition and jazz performance; my wife, Rebecca, for her support and unfailingly accurate appraisal of my work; the superb editorial and copy editing staff at Philomel Books; and my editor, Patti Gauch, the best writing teacher I’ve ever had.