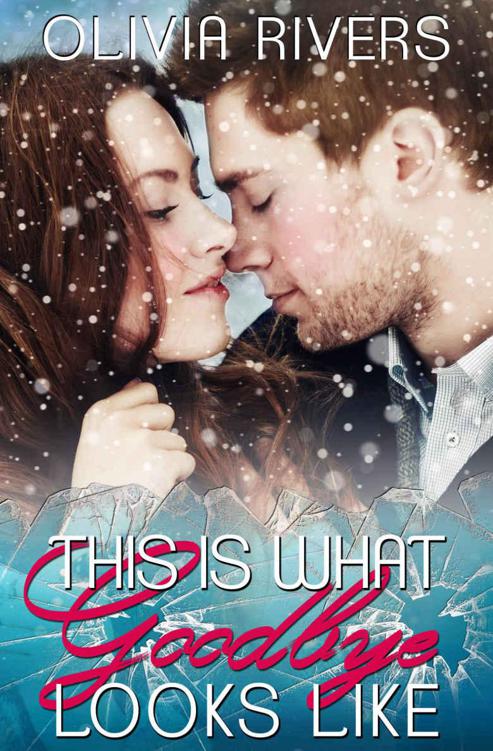 Cover Photos Courtesy of Fotolia Stock and Archaii of DeviantArt

This book or any portion thereof may not be reproduced or used in any manner whatsoever without the express written permission of the publisher except for the use of brief quotations in a book review.

“We were together. I forget the rest.”

The taxi jolts over a pothole, and I wince as my seatbelt digs into the thick scar on my collarbone. I press my hand to the aching spot and wait for the impact, the shriek of torn metal, my sister shrieking even louder...

None of it comes. I release a shaky breath and stretch my arms over my head, trying to work out the cramps in my hunched shoulders. Only fifteen minutes left. It’s been nearly an hour since this death-box picked me up from the airport, but if my phone’s GPS app is right, this taxi ride is almost over. I glance down at the phone in my lap and tap the refresh button.

Snowflakes bump lazily against the window, gliding along the glass before falling to the cracked pavement. I think it should be beautiful, but every flake just looks like another threat, another patch of ice, another looming accident.

The taxi hits a second pothole, jostling the car, and the driver lifts his hand in an apologetic wave. “Sorry!” he calls from the front. The dude is only three feet away from me, but apparently he doesn’t grasp the concept of an inside-voice, because his words boom through the silence. “It’ll get a bit bumpy the next few miles. You doing okay back there?”

“I’m fine,” I say, and then mentally congratulate myself on being able to form a complete sentence. My pounding heart keeps threatening to thrash away every thought in my head, and my tongue feels dry and thick. I hit the refresh button again.

The driver tilts his chin up and glances at me in the rear-view mirror. He has soft blue eyes that contrast his sharp features, and I’m guessing he’s pretty young, probably not much older than me. “You never told me your name earlier,” he says.

He has every right to be offended, but his tone grows quieter and almost apologetic. It’s like he thinks
he’s
the reason I froze up at the airport and barely managed to stutter out my destination before shutting down our conversation.

If only. I’d give anything to have a harmless-looking guy be the scariest thing in my life.

He shrugs a single shoulder. “No problem. And I’m Nathan, if you didn’t catch that. Not sure if you were really listening when I said it earlier.”

Nope. I was a bit too busy trying to convince myself that walking fifty miles to my new school would be a terrible idea, no matter how horrific a taxi ride sounded. I’m already going to stick out like a sore thumb at this school, and starting the semester with frostbite definitely wouldn’t help.

He smiles and peeks at me through the rear-view mirror again. “So I’m guessing you’re new to the area, right? I mean, you’re only wearing like two layers. You’ve got to be a snow newbie if you think that’ll keep you from freezing.”

I want to beg him to be quiet and keep his eyes on the road, but I swallow back the plea. “I’m from California,” I admit.

“And you’re going to Harting,” Nathan says, shaking his head. “Just so you know, you’re completely insane. Doesn’t California have a bunch of its own fancy-pants private schools? Why transfer to one in Middle-of-Freaking-Nowhere, Vermont?”

Because there’s a boy who goes here, and I think I ruined everything for him, and he should hate life now, but he doesn’t, and I need to know why.

“I just needed a change in scenery,” I say.

Nathan laughs. “Yeah, well, you sure got one.”

Despite his sharp words, the smile he shoots me looks genuine, and I notice with a touch of surprise that he’s actually kind of handsome. His short hair is a mess of sandy-colored spikes, his face is all rugged angles, and his eyes are so blue they almost look fake.

I keep forgetting that guys can be attractive. After spending three months cooped up in a courtroom viewing autopsy photo after autopsy photo, the entire attraction part of my brain just shut down. It’s been months since the trial ended, but I still get a bit surprised when that part of me sputters to life.

I give Nathan a half-smile that’s not real at all, but it looks nice enough so people usually don’t complain. It seems to appease him, because he turns his attention back to the road, where I want it.

“Yeah,” I say, realizing I probably owe him a few more words if I’m going to keep awkwardness at bay. “This place is definitely different than San Diego.”

As if the world is trying to prove my point, we pass right by a road-sign that announces, “
Now Entering Hendrickson County. Population 431.
” Stamped at the bottom of the sign is the Vermont state seal that features trees and a cow. I haven’t seen any cows yet, but that’s probably because they’re hidden somewhere beyond the thick trees surrounding the winding country road.

I’d been told my plane would land in the small city of Brooksport, but it ended up being a large town at best, and it’s the most populated place within a hundred miles. Now that Brooksport is far behind me, the snowy forest seems to have swallowed me whole, and I’m starting to wonder how anything modern can exist at the end of this road.

Some small part of me whispers that this place is gorgeous, that I should be appreciating its beauty. My hand unconsciously reaches up, searching for the digital camera that usually hangs around my neck. Instead, my fingers bump against the scar at the base of my throat, a jagged reminder of the accident.

I let my thumb brush along the raised, puckered skin there. Just a few days ago, Dad told me that the slight rasp in my voice left by the injury makes me sound like a country singer. I didn’t have the heart to remind him that he’s always hated country music.

Nathan coughs a little and shifts in his seat, and I know exactly what’s coming. At this point, I can predict down to the second when people are going to ask.

He raises an eyebrow. “So what’s with the cane?”

“They’re all the rage on the West Coast fashion scene.”

I’m hoping my sarcasm will give him the hint, but he just stays quiet, clearly waiting for a real answer.

“Car accident,” I finally admit. “It broke a few bones in my legs and shattered my left kneecap.”

I wonder if he’d be apologizing if he knew I had a chance to stop the accident and passed it up. “It’s fine,” I say with a shrug.

“It’ll be fine soon,” I insist. “I had to get my knee replaced with a prosthesis, so I’m still limping from the surgery. But my doctors think I might eventually walk normally again.”

Nathan makes a vague “hmm” noise, and I can tell my optimism is far from convincing. Then he raises an eyebrow. “So, wait, you’re from California, and you had to get your real knee replaced with a robot part?”

I sigh. “You can make a
Terminator
joke if you really have to, but I can’t promise I’ll laugh.”

He smirks sheepishly. “Heard them all before?”

“Yeah. Nurses apparently all think they’re hysterical. I guess it’s easy to believe that when your audience is constantly high on painkillers.”

Nathan gives a small chuckle and then nods toward the clock on the dashboard. Somehow, five whole minutes have passed since I last checked the time. “We’re only about ten minutes away,” he tells me. “We’ll pass right through Main Street, and then Harting’s campus is just a few minutes from the edge of town.”

“Yeah, believe it or not, you’re in a town small enough to have a Main Street that’s actually a main street.”

“You don’t sound totally convinced.” He gives a laugh that’s surprisingly carefree, the sort I never really noticed before the accident. I used to think people all laughed the same, but now that my own laugh never sounds right, the little differences in everyone else’s are impossible to miss.

“I’m sure I’ll like your town once I’m used to it,” I say, hoping I sound more confident than I feel. Harting has a virtual tour on their website, and after watching it about two dozen times, the school still seems impressive. The campus is full of gorgeous, old-fashioned architecture, but it has sleek and modern amenities holding it all together.

The town on the school’s doorstep is a slightly different story. As best I can tell from Google, the town of Hendrickson has a tiny tourist scene that keeps its struggling economy alive, with people traveling from all over to visit the beautiful forest in the area. Hikers, campers, photographers, painters, you name it. Everyone comes to this place for its picture-perfect prettiness, which makes me the odd man out.

What I’m here for is anything but pretty.

It doesn’t matter. That’s what I keep telling myself, and what I have to keep believing. As long as Seth Ashbury goes to this school, and as long as I get to talk to him, and as long as he never finds out who I really am, the location doesn’t matter much. It’s far away from San Diego, which is all I really wanted in the first place, and it’s not like I’ll be sticking around for very long, anyway.

Something thunks against the side of the car, and my heart gives a panicked kick. But then I hear muffled laughter, and I swallow back my fear as I spot a group of kids chasing each other along the side of the road, all of them hurling around snowballs.

“Freshmen,” Nathan says, giving the sort of sigh people usually use when discussing floods and other natural disasters. Another snowball whacks against the door of the taxi, and he rolls his eyes. “Every year Harting gets a new batch, and it takes forever for their snow-craze to calm down. A lot of them haven’t seen it before they come here.”