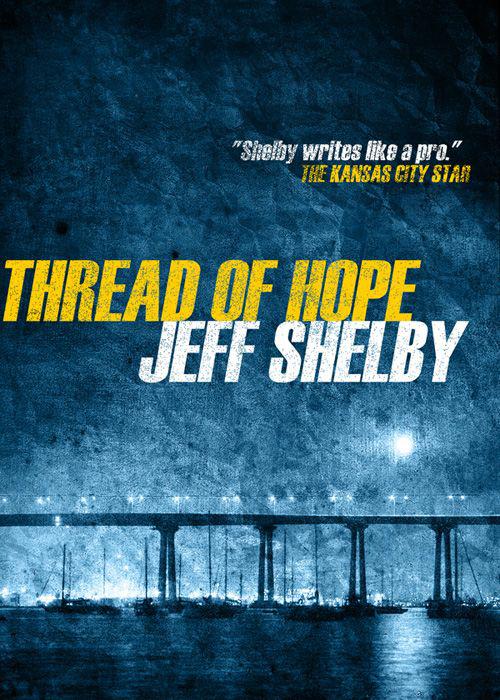 This is a work of fiction. Names, characters, places and incidents either are the product of the author's imagination or are used fictitiously, and any resemblance to any persons, living or dead, business establishments, events, or locales is entirely coincidental.

This book is protected under the copyright laws of the United States of America. Any reproduction or unauthorized use of the material or artwork herein is prohibited without the expressed written consent of the author.

The Deuce Winters Novels (Under the pseudonym Jeffrey Allen)

Bruises blossomed on Chuck Winslow’s cheeks, explosions of red and black and purple staining his skin.  A tube snaked into his mouth, held in place with small strips of clear tape.  His eyelids were closed, fluttering every few seconds.  An IV line ran into a thick vein in his left arm.  Both of his wrists were encased in splints and wrapped with flesh colored bandages.  The machines around the bed beeped and hissed, Chuck’s wide chest rising and falling with the rhythm of the noise.

“Fractured skull,” the doctor said from the other side of Chuck’s hospital bed.  “Six broken ribs.  Both wrists are fractured.”  He flipped the pages on the chart in his hands.  “Hasn’t been conscious since he was found.  There’s some swelling around the brain.  We’ll wait to see if it subsides before we do anything else.”  He let the pages fall back into place, his demeanor measured and distant, as if he’d had the same conversation a thousand times.  “Anything else I can answer?”

The doctor hung the chart on the foot of the bed and hustled out of the room, nodding at me as he exited.

Chuck Winslow was still big.  Six-foot-four packed with muscle.  While many men let that muscle soften when they entered their forties, Chuck appeared to have added another layer since I’d last seen him.  His forearms were thick, his shoulders wide.  There were fine wrinkles around his eyes, deeper lines across his wide forehead.  His thick brown hair was
cut short, peppered with gray,
and a jagged red gash splayed across his left temple, out of place and ugly.

“I didn’t know who else to call,” Lauren Tyler said.

She was sitting in the far corner of the room, next to the long rectangular window that peered out over Glorietta Bay, the small inlet between downtown San Diego and Coronado Island.  Her legs were crossed, her right hand tugging gently at a strand of her auburn hair.

“Jane Wiley called me.” She let go of the hair.  “She’s representing him.  Her card was in his wallet when he was brought in, so the hospital contacted her.  She found my number in his cell, the last one he called.”

I glanced out the window.  More buildings had been added to the downtown skyline since I’d last been home and they glimmered in the late day sunlight.  “You talked to him before all this happened?”

She nodded, the small silver hoops in her earlobes bobbing forward.  “I think it was the day before he was arrested.”

“Why was Chuck calling you?”

She stared at me for a moment, then smiled the same smile I saw a lot before she divorced me. The one that was sad and frustrated and a lot of other things.  “He checks up on me, Joe.  Just to make sure I’m okay.  Nothing more.”

The tone of her voice combined wi
th that smile snapped me back eight
years in time to when her voice and smile were much different.  We weren’t standing in a hospital room.  We were walking on the beach on the other side of the island, a couple of blocks from our home.  Our lives were normal.  She was a lawyer, I was a cop.  We were married, had a family.  We were happy.  Things were good.

“Are you still looking for her?” Lauren asked, as if she could sense that I had mentally left the room for a moment.

I shrugged, not having an uncomplicated answer to give her.

It was strange to hear that I’d been missed.  I’d been in my own vacuum for awhile, not thinking about how my absence might affect others.

“He hasn’
t seen or heard from you in three
years,” Lauren said.  “Nobody around here has.  He knew that finding her would be the only thing that might bring you back.”

I couldn’t tell whether she was angry about that or just stating a fact.

I gestured at my friend in the bed.  “Not the only thing.”

Lauren stood, ran her hands down the front of her jeans.  “To be honest, I doubt Chuck would’ve believed you would’ve come even for this.  I didn’t think you would.”  She folded her arms across her chest.  “I’m still surprised to see you here.”

She glanced at Chuck.  “I’m not sure.  When Jane called me, she just said that he’d been found on the beach.  I’d imagine she knows more.”

“Why was he arrested?” I asked.

Lauren wrapped her arms tighter around herself.  “I don’t know that, either.  I didn’t even know he’d been arrested or that he was out on bail until Jane gave me a quick rundown.  She just said he was arrested two days ago.  She didn’t say why.”

Chuck and I hadn’t spoken in half a decade.  I didn’t pretend to still know him, but finding him in a hospital bed was a shock to my system.  I wasn’t sure how he thought of me, but I still thought of him as the best friend I’d ever had.  It hurt to see him lying there, motionless, beaten to the point where he might not wake up.

“Jane was going to try and find you herself,” Lauren said.

“Chuck asked her to.” She forced another smile onto her lips.  “When Jane called me, she asked if I knew how to get ahold of you.”  The smile tightened.  “I wasn’t sure how to answer that.  But I told her I’d call you.  Told her it would be awhile before you responded and that I didn't know where you were, but that I was pretty sure you'd get back to me.”

“It’s okay,” she interrupted.  “Really.  I think it’s better that I don’t know where you are, what you’re doing.  It’s easier for me.”

She was staring at me and I could see the question in her eyes.  She could say that she thought it was easier for her, but there was still a tiny fragment of her that wanted to know.

“There’s nothing new, Lauren,” I said.  “I would’ve called you in a second if there was.  You know that.”

Something flickered in her eyes, something I couldn’t read.  She unfolded her arms.  “I’m gonna go.”  Her fingers brushed my arm as she passed.  “It’s good to see you.  I’m glad you’re okay.”

It was good to see her, too, but I didn’t say that.  Just like when our marriage was in its final crumbling months, I couldn’t get the right words out of my mouth.

“Did she say why, Lauren?” I asked.  “Did Jane say why Chuck wanted to find me?”  I looked at Chuck, then Lauren.  “I mean, if it was about his arrest, I don’t see how I could help.  I’m not a cop anymore.  And it’s not like anyone around here would be glad to see me.”

She stood in the doorway, her hand on the door, her eyes moving from Chuck to me.  “All I know is that he told her you would know what to do.”

“Never thought I’d see you again, Joe Tyler,” Jane Wiley said, looking me up and down.  “This can’t be much fun for you.  How are you?”

We were in the public area down on the main floor of the hospital.  Jane had gone to high school with Chuck and me and, like most people we went to school with, she hadn’t left Coronado, unable to pull herself away from the idyllic setting.  I had left, but not because I'd really wanted to.

“Be better if my client hadn’t gotten the shit beat out of him.”

“Why exactly is he your client?”

She pointed at the two chairs next to us and we sat.

“Victim’s father filed the complaint,” she explained.  “The girl backed it up with a statement.  And with her appearance.  She’s pretty banged up.  There was more than enough to charge him.”

I hadn’t been around him for years but I knew that Chuck wouldn’t have beaten up a teenage girl. Couldn't have.

The Bee Charmer (Sweet Treat Series Book 2) by Jamallah Bergman
Incineration (The Incubation Trilogy Book 2) by Laura DiSilverio
The Darkness of Wallis Simpson by Rose Tremain
Maggie's Mountain by Barrett, Mya
The Killing Doll by Ruth Rendell
Something Girl by Beth Goobie
Nightmare City by Klavan, Andrew
How to Help a Friend in an Abusive Relationship: What You Need to Know About Domestic Violence by Donna J. Farris
Night Train to Memphis by Peters, Elizabeth
The Cornish Guest House by Emma Burstall