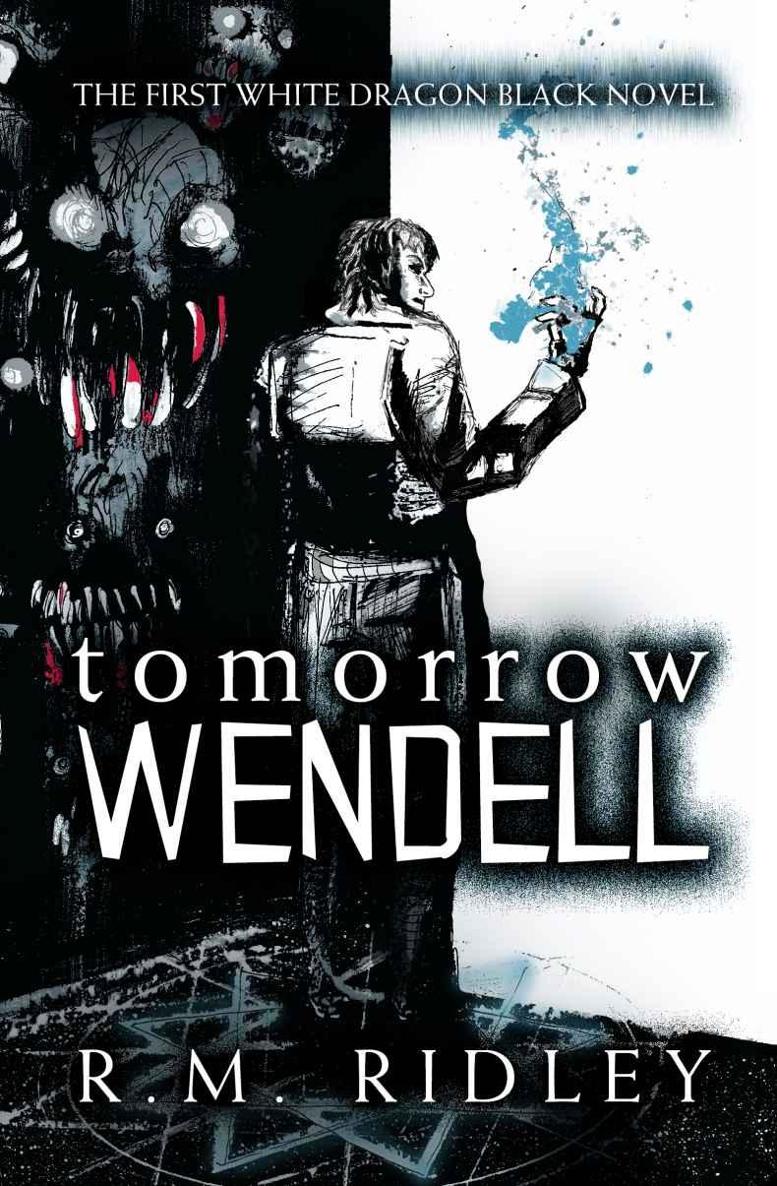 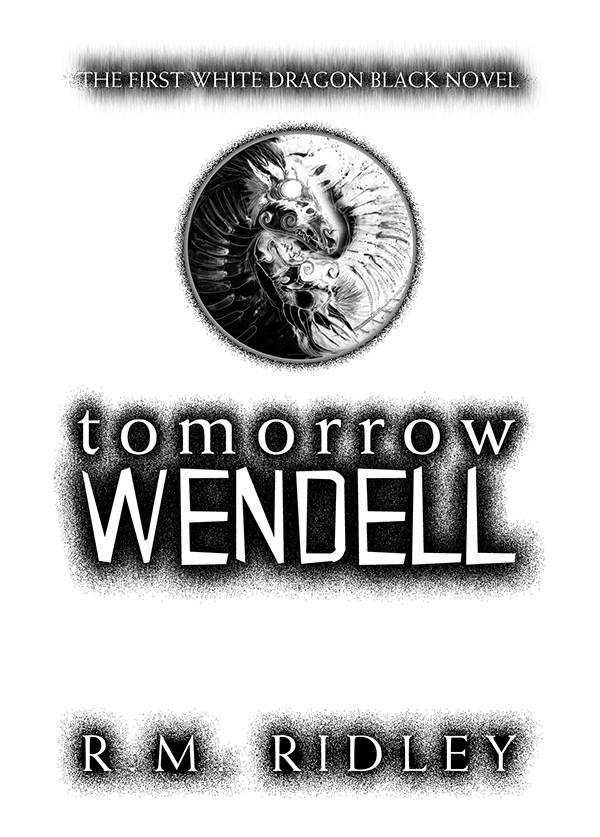 You may not use, reproduce or transmit in any manner, any part of this book without written permission, except in the case of brief quotations used in critical articles and reviews, or in accordance with federal Fair Use laws. All rights are reserved. For information visit
www.xchylerpublishing.com

This eBook is licensed for your personal enjoyment only; it may not be resold or given away to other people. If you would like to share this book with another person, please purchase an additional copy for each recipient. If you’re reading this book and did not purchase it, or it was not purchased for your use only, please return to your eBook retailer and purchase your own copy. Thank you for respecting the hard work of this author.

To my wife, without whom, I wouldn’t be.

J
onathan parked his old Lincoln in front of 1932 Marlowe Avenue, squeezed the steering wheel, and shook his head. Three months prior, he hadn’t even heard of Apatedyne, or their nasty pyramid scheme. Today marked the fourth case, in as many weeks, involving that very con job.

Grabbing his doctor’s bag of paraphernalia from beside him on the seat, he got out of the car and into the early November cold. The wind, like a coroner’s scalpel, cut right through him. Entering through the glass front door of the five-story block of red brick got him out of the wind, but not significantly warmer.

The building owner thought it wasteful to heat a lobby only Jonathan used. The place would have been torn down by now except it had been deemed a historical building. The owner had never proven who instigated that crusade and Jonathan had worked hard to keep it that way.

Trusting the elevator to carry him, as much as he would a starving crocodile to ignore him, Jonathan started up the stairs. He figured if the elevator were ever upgraded, he would put on ten pounds by the end of the first week.

When he reached his floor, the third, he saw through the open door his newest secretary sitting at her desk. She was reading a gardening magazine. Jonathan thought it optimistic of the woman. He happened to know she lived on the fifth floor of an apartment building with a balcony not much bigger than the desk she sat behind.

She looked up at his voice with a sigh. Her red curls fell back exposing her freckled face. “Alicia. Ah-lee-sha.”

“Right, of course.” Jonathan flashed her a broad smile. “Here’s the invoice for today’s case. She’ll pay by check at the end of the week.”

He opened the door to his personal office, but before swinging it closed, heard her ask, “I thought this was the same sort of job as the last one?”

“Yeah, it was—removing some hexes and compulsion spells from Apatedyne products.”

He stepped farther into his office.

All he wanted was to sit down, smoke, drink, and pretend his body wasn’t eating itself up because of the magic he had performed all day.

Breaking down stubborn hexes and curses made for a tedious and trying job, but it didn’t stop the craving to feed his addiction. Jonathan knew from experience that if he started drinking now, and drinking hard, he could get past the worst of the withdrawal.

He turned around and leaned on the doorframe.

“It is less,” Jonathan admitted, “but the compulsion curses had used up a good bit of the woman’s savings. She’s a sixty-seven-year-old widow. What was I going to do?”

“I just wanted to make sure the figure was right, for the books.”

“Okay,” she said with a small nod of her head.

Closing the door, Jonathan crossed to his desk, where he collapsed with a groan into the chair.

There was a term, ancient in its origin, that practitioners used for the way he felt: ‘Bitten by the Dragon Black.’ The dark side of using magic was how it turned to sink teeth deep inside and tear at you once the energy stopped flowing.

The yellowed blinds were drawn over the two windows, filling the room with a murky glow that highlighted the dust motes suspended in the unmoving air and draped the rest of the room in dark gauze.

Jonathan opened the bottom desk drawer and removed a bottle of bourbon, which he promptly used to fill his glass. He tossed back the liquor and then refilled it.

The burn of the alcohol didn’t dull the pull of the addiction. He had worked too much magic for one drink to fully numb the withdrawal already digging through his skeleton to tear at his soul.

He glanced at the old clock ticking away above the door and couldn’t believe when he saw it was only just three. He was bushed.

He couldn’t argue that the Apatedyne jobs weren’t good for a steady paycheck. However, both the work and the company were tiresome and annoying. Jonathan didn’t feel like playing David to their Goliath; on the other hand, he couldn’t allow them to continue their malicious con jobs in his city much longer.

New Hades may have been a cesspool, but that didn’t mean everyone could just come to the city and dump their crap into the waters.

He dug out a cigarette and, resisting the urge to light it with a spark of magic, spun the wheel on his lighter.

The first drag sent nicotine flooding into his brain, easing neurons no longer infused by unearthly energy. Jonathan hoped to spend the rest of the day simply watching cigarette smoke float up into the cobwebs that festooned the ceiling.

As he sloshed bourbon into his glass for a third time, he heard the light, double rap on his office door. He refused to acknowledge the intrusion, but the door cracked open anyway. His secretary slipped her head in.

The woman rolled her eyes. “There are some . . . gentlemen, here to see you.”

“I told you to say—” Jonathan leaned back. “Fine, show them in.”

She swung open the door and stood back. Behind her, three large figures loomed and Jonathan understood her hesitation over word choice.

The things that had come looking for him were not, strictly speaking, human. They had been, but once dead, the term doesn’t really fit anymore. That goes double if death hasn’t stopped them from making business calls.

All three wore cheap, grey suits that hung like water-logged flesh on them. They were well-preserved though. Hard to spot that they weren’t still living. Jonathan was willing to bet they had been turned within a day of their demise.

Zombies were the stock and trade of many practitioners, but since one had to use necromantic spells to accomplish the feat, Jonathan felt justified in cursing that particular lot.

All three of the animated corpses were over six foot and none of them lanky. Jonathan didn’t know why they were always giants—it didn’t matter if the corpse was four-foot-six or six-foot-four. A zombie’s strength and resilience came from the magic.

Although they didn’t look like the sort of animated corpses used to deliver verbal messages, there was always the chance. Jonathan decided to take it, but not being a fool, he slid the top drawer of his desk open a few inches.

“What can I do for you boys?” He got up from his chair and used the motion to slide the desk drawer farther open.

Zombies could do a lot, or hardly anything. It depended on the spells used when they were reanimated. With the proper rituals, a zombie could be anything from a chauffeur, to a personal bodyguard, or even a nanny. Mostly though, they ended up being programmed for thuggery.

Jonathan figured the three in his doorway were just that after all—voiceless, single-thought, leg-breakers—then the middle one spoke.

“Apatedyne wants you to understand that it doesn’t appreciate you affecting their profit margins by meddling in their business affairs.”

“Really? Well, I suppose that makes sense, but you can tell your—”

Jonathan never got to finish his thought.

The two silent zombies came towards him in a flanking maneuver. They didn’t moan, shuffle, or lurch as popular media often portrayed; the corpses came at him like heartburn after bad Mexican food.

Jonathan tossed the glass of bourbon at the zombie on his left as he dodged the wide swing of its hairy-knuckled fist. He kicked his chair out at the one on his right, scooped his Beretta out from the top drawer, and vaulted onto his desktop. An avalanche of books tumbled onto the floor.

He took less than a second to aim the nine-millimeter before taking the shot. Shooting zombies is considered ineffectual at best. They felt no pain, were animated with spells, and also, already quite dead. But that didn’t mean a firearm couldn’t be put to use against them.

The key was to target the appropriate body parts.

The report of the gun in the small room was thunderous and followed by shrill screams from the front office. Jonathan dropped the Beretta; he wouldn’t get much use of it again in such a fight.

He slid off the front of his desk and ran headlong at the zombie in his doorway.

Hitting the body felt like tackling a hanging side of beef, but it did move, which is what Jonathan needed. The corpse toppled back and to the right, as its bullet-shattered kneecap gave way.

Jonathan scrambled over the chest of the creature and couldn’t resist giving it a kick to the head.

I Minus 72 by Don Tompkins
Virginia Hamilton by Anthony Burns: The Defeat, Triumph of a Fugitive Slave
Courage by Angela B. Macala-Guajardo
The Case of the Blonde Bonanza by Erle Stanley Gardner
This is the Water by Yannick Murphy
Shadows of Golstar by Terrence Scott
Heavy Hearts by Kaemke, Kylie
A Memory Unchained by Graham, Gloria
The Soldiers of Fear by Dean Wesley Smith, Kristine Kathryn Rusch
A Sheetcake Named Desire by Jacklyn Brady