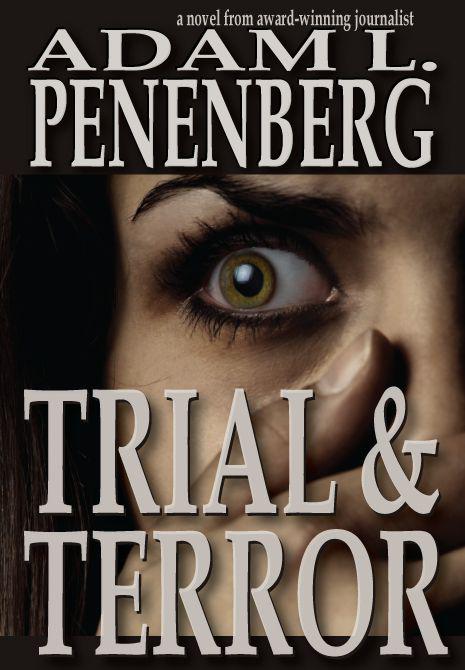 The True Story behind the Ford-Firestone Killing Machine

Published in the United States by Wayzgoose Press.

All rights reserved. No part of this publication may be reproduced, stored in or introduced into a retrieval system, or transmitted, in any form, or by any means (electronic, mechanical, photocopying, recording, or otherwise) without the prior written permission of the copyright owner.

This is a work of fiction. Names, characters, places, brands, media, and incidents are either the product of the author’s imagination or are used fictitiously.

Harold Gundy heaved into
the railing of his second-floor loft, splintering the wood and jack-knifing over. He flopped in mid-air, his pants bunched around his ankles, twisting and bellowing until he crashed into a glass coffee table below.

Sinatra’s “Fly Me to the Moon” blared over the stereo, almost drowning out the steps of the intruder scrambling down the staircase. Gundy groaned as he slid on his belly over the shards, pinning a set of police crime photos underneath him. Blood trickled from a gash on his cheek. His eyes—eyes that could, depending on his needs, stare down an unruly witness on the stand or seduce a jury—were clouded with tears.

“Please,” he gasped. “Call an ambulance.”

His assailant readjusted a brown wig and stood, staring, gun in hand.

Gundy coughed, spraying blood. His arm was twisted under him, his shoulder oddly torqued. Glass fragments riddled his torso.

The intruder inched away until startled by a liquor cabinet.

“You’ll fry for this.” Gundy crawled toward his cell phone, which had been sitting on the now-shattered table, dragging several photos with him and smearing blood on the carpet. The pictures, black and white, were of a man shot through the head and hugged by a chalk outline. Gundy snatched the phone. The top of his head glistened. Blinded by tears, he relied on touch to locate the nine. Then found the one.

Gundy regarded the gun, cocked and ready to fire. “Sh-sh-shoot. The cops...trace it.”

Before he could punch in the final digit, Gundy dropped the phone and clutched his heart. He rolled onto his stomach and fell into sobs and a breathy mantra, “Sorry, sorry, sorry,” until he abruptly cut off.

Gundy lay still, his eyes open and empty. The intruder approached cautiously and, finding no pulse, left to rummage through the liquor cabinet, where bottles of absinthe, bourbon, and gin were lined up in rows; and as the next song kicked off with a swinging intro, Sinatra swearing “It Had To Be You,” seized a bottle of mescal.

Gundy’s attacker hit him, then again, and again, until the bottle shattered his skull. Blood and mescal puddled together. A digital clock flipped to 10:21 p.m. As Sinatra and the band swung to the end, the killer yanked up Gundy’s shirt tails, exposing a back marked with accordion folds of fat, took hold of a tube of lipstick, and began to draw.

Summer Neuwirth sat
at the defense table, flipping through her State Law Handbook, letting her eyes glaze over the legal jargon and strings of penal code numbers. She tried to block out the stares of her client, Shadow Marsalis, who was perched forty-five degrees in his chair, his eyes glued to her profile.

Nearby, she heard whispering. “I’ve seen more trials than you’ve seen ball games,” Ed Sprague, a bailiff for twenty years, said to Gus Patterson, a new recruit. “This one’s going to do some serious time.”

Patterson put his moustache comb back in its case. Growing a moustache was a rite of passage for Haze County bailiffs. “No way. He’s getting off.”

Sprague guffawed. “He already got off. That’s why he’s here.”

Summer eyed the bailiffs. Patterson looked away. Sprague ogled her legs, until he noticed her noticing him. Too weary to be disgusted, Summer turned her attention back to the legal handbook, to the page on crimes of moral turpitude.

But she wasn’t reading; she was thinking. Summer’s nerves had been frayed even before she’d been assigned this case. Harold Gundy, the prosecutor, had used it not only to advance his political career but also to torment her. After opening arguments, he’d trapped her in an elevator and asked, “How do you know you’re not defending
your
rapist? How do you know
he
isn’t the one who burned your back and tortured you?”

Then there was the day Leah Davenport, the victim, had to be restrained when the video of her rape was played for the jury. Afterward, she caught up with Summer in the hall, wouldn’t let her escape. Sobbing, she said, “Underneath your law degree you’re a woman. Just like me. And as a woman, how can you defend this maniac? How can you live with yourself?”

The words echoed in Summer’s head.

“They don’t like you,” Marsalis said, interrupting her thoughts.

Summer kept her eyes on the printed page. “They don’t like what I do, which is to provide you with the best legal counsel possible.”

Summer slid her hand out from under his and closed the handbook. “Cut it out.”

Summer kept her eyes forward. She considered showing Marsalis the laminated photo of herself standing by a toothy man and two children she kept stashed in her wallet. All unmarried female public defenders carried the same snapshot. They had chipped in to hire a model and kids so they could tell their more twisted clients—the sickos, pervs, and sex maniacs that made up the majority of their caseloads—they were married, not that it usually mattered.

Marsalis didn’t pursue it. “What if Gundy doesn’t show?” he asked.

“If a district attorney can’t be at the reading of a verdict, a substitute D.A. can take his place,” Summer said. “Happens all the time. All of us—the judges, D.A.s, public defenders—have huge case loads and often start another trial right after closing arguments.”

“
He
doesn’t appear busy.” Marsalis pointed a crooked finger at the Honorable Judge Morton Hightower, lazing in his chambers, the door ajar. The judge wore snakeskin cowboy boots, which he propped up on his polished oak desk as he poked at an iPad. A game, judging by his demeanor.

Summer shrugged. She decided not to tell Marsalis that Hightower held the record for the most death row sentences—thirteen, immortalized in a collage of mug shots pinned to his desk by a sheet of glass.

She couldn’t wait to get the verdict over with, so she could put Marsalis behind her. He was a man who shunned sunlight, an information broker who earned his keep cracking computer systems, tracking down precious data and selling to the highest bidder.

Marsalis had been arrested after Davenport brought the police a DVD showing him raping her. She claimed Marsalis had become infatuated with her after infiltrating her email. He’d stalked her at school, turning up in odd places and at odd times. At first, she’d thought he was harmless, but one night he broke into her room and attacked. Later, he mailed her the video.

Looking at Marsalis now, Summer couldn’t imagine this small, insignificant geek as the man who had brutalized Davenport.

An open-and-shut case for the D.A. But although Davenport told the police she had been tied up during her ordeal, the rope didn’t show up on the video. Summer subpoenaed Davenport’s phone records and discovered that the “alleged victim,” which is how Summer referred to her throughout the trial, had called him three, four times daily before and after the rape. When Davenport took the stand and denied ever having called Marsalis, Summer, on cross-examination, destroyed her credibility.

To escape Marsalis’s prying eyes, Summer walked over to Sprague. “Did you try him at home?”

Sprague’s expression was like,
Don’t tell me my job
.

Before he could say anything, the judge called out, “Eddie, give Harold another try at home.”

He held the phone to Summer’s ear: ringing, followed by a curt voice message greeting.

“I’ve never known Harold not to call if he was going to miss a verdict,” Sprague said. “Maybe there was a mix up.”

Summer nodded. “The district attorney’s office is sending over a proxy?”

“Sidney Raines. Should be here any minute.”

Gundy’s top assistant and heir-apparent. The last time Summer had tangled with him she’d been representing a third-strike crack-head arrested for stealing two slices of pizza. Raines had refused to plea to a misdemeanor, so her client got the max: twenty-five-to-life. After sentencing, for the benefit of a
Haze County Register
reporter, Raines made quite a show of praying for her client’s soul.