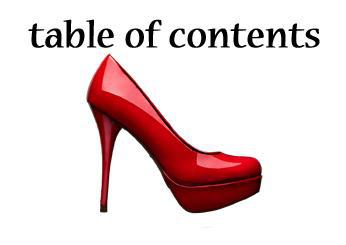 No part of this book may be reproduced or transmitted in any format without written permission from the publisher, except by a reviewer who may quote brief passages for review purposes. If you are reading this book and you have not purchased it or won it in an author / publisher contest, this book has been pirated. Please delete and support the author by purchasing the ebook from one of its many distributors.

This book is a work of fiction. Names, characters, places and incidents are the product of the author’s imagination or are used fictitiously. Any resemblance to actual persons, living or dead, business establishments, events or locales is entirely coincidental.

Thank you to Ellie at LoveNBooks for the gorgeous cover photo, shot by: Scott Hoover I wrote this one for you. 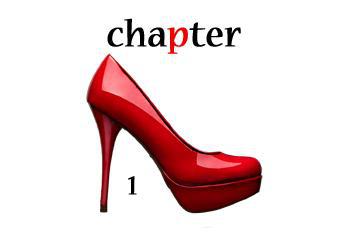 “
O
uch!” I look wide-eyed at whatever-her-name-is. She’s holding a black leather pump in her hand. Its match lies at my feet, where it landed after bouncing off my head. Her red hair—as fiery as her temper—is ruffled from the roll-around we just finished.

“Why are you throwing shit at me?”

She makes a crazy sound in her throat before she starts screaming at me. “Who the fuck is Tori?”

I duck in time to dodge her other shoe. I have no intention of answering her. I don’t even discuss Tori with people I care about.

“Fuck! Would you stop throwing shit at me?”

Her hands fly to her hips as she glares at me. “I don’t know, Aidan. Do you think you could get my name right?”

I make puppy-dog eyes, flashing a big grin. “Ah, come on, doll. I know your name.” I have no idea what her name is. It didn’t matter when I brought her home last night from the bar. And it definitely didn’t matter when I had her on all fours, her back arched like a cat. Nor did it matter when my dick played tonsil hockey with her mouth.

Her eyes narrow as she holds up one of my loafers. It’s bigger, heavier, and going to hurt a hell of a lot more than her pump if it connects.

“Okay, what is it, then?” she asks, clearly testing me.

Oh, I got this. I straighten my spine and smirk. “Alyssa … fuck!” I manage to catch my shoe before it hits me in the chest. When I look up, she’s already reloaded. My other shoe is on its way if I can’t remember her damn name. “Stop throwing shit.” I hold my hands up defensively. “Okay, I got it … it’s Melissa.”

Nope. It’s not Melissa. My shoe sails over my head. As fun as this is, I’m done playing dodge-the-shoe with Crazy. It’s time for her to go. I get up from the bed and slip on my boxers. Crazy’s naked body brings my dick to full attention. Her creamy skin begs to be touched and licked and clawed at. I smile at her seductively.

Her jaw drops when she glances down at my erection. “There’s no way in hell I’m screwing you again.” She starts picking up her clothing from where it’s lying on the floor. Once it’s balled in her arms, she walks toward the bathroom. “You’re seriously fucked up. You know that, right?” The bathroom door slams behind her.

Do I know that? Ha! I do, but I don’t give a shit. Why do I need to know her name, anyway? I’m not going to see her again. That leads to being attached and putting up with her whiny demands. It’s weak. Caring about someone causes trouble.

The only woman I ever loved is marrying my brother next week. They’re having a baby together. A baby I once thought was mine. My heart is irreparably broken, and knowing this chick’s name won’t fix it.

I hear the bathroom door open. Her feet pad across the wood floor as she goes to pick up her shoes. I refuse to look at her. Her heated gaze burns a hole in the side of my face.

“My name is Larissa.”

She rolls her eyes as she reaches for the door. “You’re an asshole!”

“Thank you!” I shout at the door she just slammed. I’ve been called worse by better.

I have to remember to not get so hammered. It apparently dulls my crazy clinger-type radar, because I was way off with that one. I rub the side of my jaw where the first shoe she threw unexpectedly nailed me.

I didn’t make her any promises. She’s pissed because sex wasn’t what she actually came here for. Every woman I bring home is sure she’ll be the one, like once I’m balls deep, smackin’ that ass, I’ll suddenly want to settle down with her. Most women think their pussy is a gateway to the Promised Land. These women don’t want me. They want my last name and my bank account. I’m not going to feel bad about using their greed to get what I want.

Fuck! Maybe I am an asshole, but sex makes me feel better. When I’m with a woman, it’s not about feeling. It’s about not feeling.

It’s the only time I forget about Tori.

It numbs the pain.

I
cross the border and park in a crowded lot in downtown Tijuana. The air smells of rotting food, sewer, and vomit—a clear indicator the strip was packed last night, as it is most Friday nights. Tijuana represents the largest red light district in North America, making it a magnet for tourists and locals looking for a party and a good time with one of the
paraditas
.

As I walk the busy street, taking in the filth and poverty, I can’t understand why Brady and Tori moved here. Because Brady’s band, Second Chances, climbed the charts and launched into stardom, I assume living in Tijuana is good for their relationship. They can lie low and stay away from the paparazzi, but once they leave their secluded beach house, the environment is depressing.

Brady’s work at the Center on the other side of town was probably their biggest motivator. I have to admit, I enjoy spending time there, too. When one of those kids gets adopted and leaves to live a better life, there’s no greater feeling in the world. Of course, with the bureaucratic red tape in Mexico, it doesn’t happen often enough.

I’m late meeting Harrison to go over plans for Brady’s bachelor party, but I have to pick up my favorite cigars from the local smoke shop. Maybe I’m subconsciously putting the planning off. Honestly, I’d rather shove toothpicks in my eyes than be involved with this wedding in any way. Their happiness is more than I can take. My brother’s future wife gets to walk down the aisle into wedded bliss and pretend like I never meant a damn thing to her. I must be punishing myself by agreeing to be the best man. As much as I love my brother, the idea of having a front-row seat when he promises to love my girl until the end of time makes me sick.