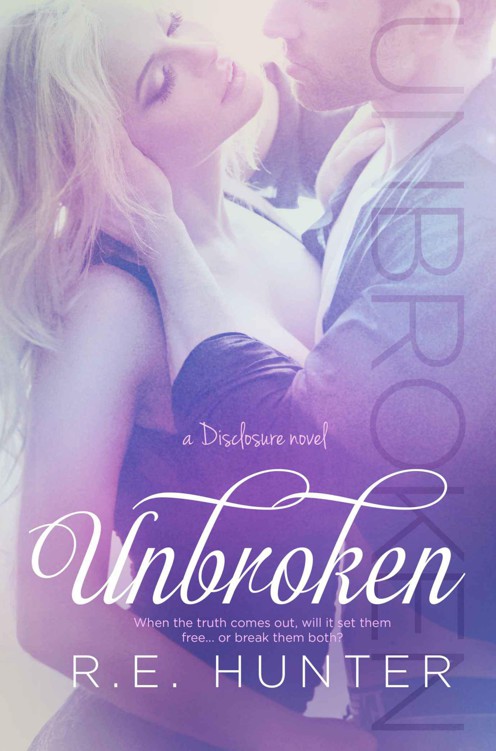 All rights reserved. No part of this publication may be reproduced, distributed or transmitted in any form or by any means including electronic, mechanical, photocopying, recording or otherwise, without the prior written consent of the author.

This book is a work of fiction. Names, characters, incidents and places depicted are products of the author’s imagination or are used fictitiously. Any resemblance to actual events, locales, organizations or persons, living or dead, is entirely coincidental and beyond the intent of the author or publisher.

The bartender poured another two fingers of Scotch and walked away. Rolling the tumbler in his hand, he stared intently into the bottom of the glass before throwing his head back and downing the shot. Liquid fire burned his throat and warmed his insides as the alcohol made its way into his bloodstream. He signaled the bartender for another.

Sitting in the middle of the crowded bar, he was dealing with his feelings the only way he knew how —slinging back Blue Label until his mind was so foggy that he could no longer focus on the thoughts plaguing him. His brother had left an hour ago. He’d promised he was okay, that he’d head home soon, but he couldn’t make himself move. The stool was his lifeline, the drink his salvation.

The grand jury had handed down its indictment earlier that day, sealing his fate. He’d known it might be coming, but part of him had held onto the tiny sliver of hope that he wouldn’t have to risk everything to protect his family. His father was being charged with corruption—bribing local government officials to direct millions of dollars’ worth of contracts to the company. Now it was up to him to fix it.

In order to do that, he’d be forced to put everything on the line, including his license to practice law. It went against everything he believed in—truth, honor, ethics— everything he’d been taught. But family came first. Blood was thicker and all that bullshit. All this time he’d avoided any involvement in his father’s company, wanting to go his own way, but now he was left with no choice.

He waved the bartender over for another. One more pour, one more shot, the numbness taking over.

“Might want to slow it down a bit,” came a sugary sweet voice to his right.

He swiveled on the stool, squinting and willing his blurry eyes to focus. Trouble had just walked in. She stood next to him in ridiculously high heels, short shorts, and a loose tank top. Try as he might, the alcohol made it impossible to ignore the curve of her ass and the lift of her tits.

She waited patiently as his greedy eyes traveled her body. She’d been pursuing him all semester, what started out as harmless flirtations quickly turning into inappropriate comments and advances. His office hours had become an exercise in restraint as her skirts got shorter and her necklines dipped lower. She’d made it clear on many occasions what she wanted, but he was determined not to give in. He may not have had the best track record when it came to women—he’d never had trouble finding a body to warm his bed—but he refused to cross that line. Not with a student.

As she slid onto the stool next to him, her eyes widened with fake innocence, her hand drifting into his lap. “Rough night?”

“You could say that.” The alcohol had muddled his brain, sending his judgment right out the fucking window, and he suddenly couldn’t remember why he’d fought so hard to stay away.

Her tongue darted out, trailing across her bottom lip and drawing his attention to her full, pouty mouth. At the same time, she slowly walked her fingertips up his thigh, closer to where he shouldn’t want her. He reached down, stilling her hand in his lap and making sure she felt exactly how she was affecting him. He would soon be compromising everything he believed in to defend his father. Why not toss his morals too?

Rolling out of bed the next morning, he pried himself away from the body wrapped around him and planted his feet on the floor. His head was spinning, his stomach churning. He wasn’t a stranger to one-night stands, but he usually had a bit more memory of what had happened the night before. He’d have to lay off the Johnnie Walker if he was going to make it through his father’s trial.

He ran a hand through his hair and sat back in the bed. He’d give himself a minute to wake up, and then hightail it out of there. A mass of blonde hair was spread out on the pillow next to him, but he was focused on the whale tale of her thong peeking out from beneath the sheets.
Damn
.

He reached for his phone on the nightstand to check the time when she rolled up onto his chest.

His heart ceased in his chest. “Sydney…”

Luke stared at her, and she gazed back expectantly. His mind churned.
How the fuck do I get myself into these situations?
Embry had just left him and driven off in the arms of another man, partly because of the girl standing in front of him, and now here she was on his doorstep.

His breath came in short bursts, his windpipe constricting in panic. “What—” He clenched his jaw, then paused, taking a calming breath and running a hand haphazardly through his hair. “What are you doing here, Sydney?” His voice was harsh and cold, but he couldn’t help himself. She was the
last
person he wanted to see, let alone hear from ever again.

“You’re not happy to see me?” she asked, her usually sweet southern twang grating on his already frayed nerves.

“I—” He rubbed at the back of his neck, considering how to answer and decided on the truth. “No, Sydney, I’m not. What do you want?”

She reared back as if he’d slapped her, clearly not expecting his reaction. Luke’s southern manners were nowhere in sight. In the past, he’d always been kind to her, even as she’d sold him down the river. Not anymore. He had enough shit in his life. He didn’t need her bullshit.

“I just, um, well, I had nowhere else to go.” Her eyes widened into pools of blue innocence, and her lips formed a perfectly practiced pout, but he knew her too well. She was so good at playing her part; it was impossible to distinguish when she was actually being serious.

Good thing he didn’t care either way. He didn’t care about her—period. “And somehow you decided that I was the right person to turn to? Sorry if I find that hard to believe.”

The Lazarus Trap by Davis Bunn
Total Control by David Baldacci
Now She's Gone: A Novel by Kim Corum
An Arrangement of Sorts by Rebecca Connolly
Ice Shock by M. G. Harris
Blackthorne (The Brotherhood of the Gate Book 1) by Katt Grimm
P.S. I Like You by Kasie West
On Cringila Hill by Noel Beddoe
Lee Krasner by Gail Levin
Best Friend’s Brother: Best Friend's Brother Romance by LeBeau, Rémi