Read Under a Wild Sky Online

Under a Wild Sky 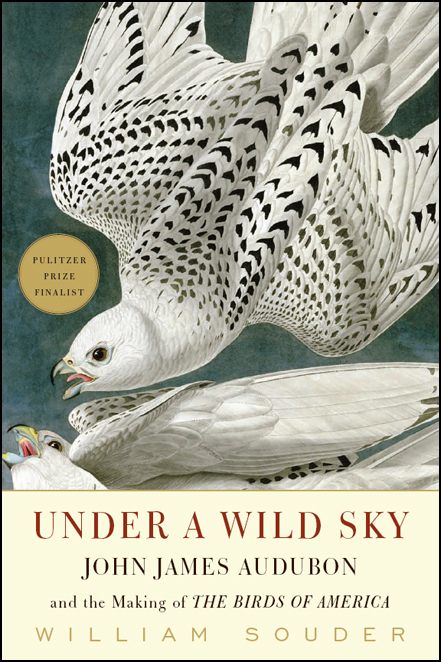 A Plague of Frogs

On a Farther Shore 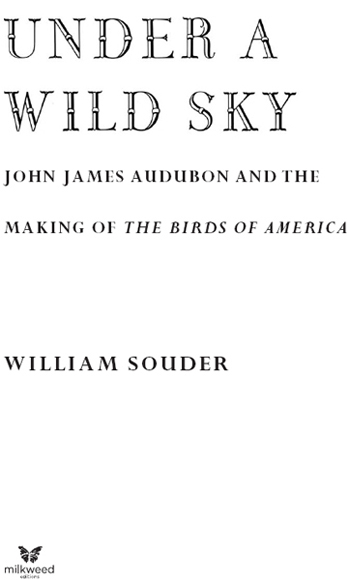 All rights reserved. Except for brief quotations in critical articles or reviews, no part of this book may be reproduced in any manner without prior written permission from the publisher: Milkweed Editions, 1011 Washington Avenue South, Suite 300, Minneapolis, Minnesota 55415.

Milkweed Editions, an independent nonprofit publisher, gratefully acknowledges sustaining support from the Bush Foundation; the Jerome Foundation; the Lindquist & Vennum Foundation; the McKnight Foundation; the National Endowment for the Arts; the Target Foundation; and other generous contributions from foundations, corporations, and individuals. Also, this activity is made possible by the voters of Minnesota through a Minnesota State Arts Board Operating Support grant, thanks to a legislative appropriation from the arts and cultural heritage fund, and a grant from the Wells Fargo Foundation Minnesota. For a full listing of Milkweed Editions supporters, please visit
www.milkweed.org
.

Milkweed Editions is committed to ecological stewardship. We strive to align our book production practices with this principle, and to reduce the impact of our operations in the environment. We are a member of the Green Press Initiative, a nonprofit coalition of publishers, manufacturers, and authors working to protect the world's endangered forests and conserve natural resources.
Under A Wild Sky
was printed on acid-free 100% postconsumer-waste paper by Edwards Brothers Malloy.

For Joe, Martha, Tom, and Elizabeth

PART I: AUDUBON AND WILSON

Â Â
3. A Name for Every Living Thing

PART II: THE BIRDS OF AMERICA

The living are alive

the dead are alive

wind shakes and scatters them

You have now before you representations of one of the most richly coloured of our birds, and one whose history is in some degree peculiar.

O
n a fine spring afternoon in 1824, the daily coach from Pittsburgh swayed down the turnpike toward Philadelphia, the team moving easily on the smooth, macadamized lane. The road ran beneath forested hillsides, dropping steadily as it came alongside the Schuylkill River near the city. The woods were green and alive with birds, which flushed at the oncoming hoofbeats and sped off through tunnels of sunlight and shadow. From far away came the bleat of geese flying in wedges high above the horizon, and closer by was the hissing of cupped wings as flocks of ducks coasted in to land on the river. Peering out from the carriage, John James Audubon watched the birds intently, though his thoughts traveled on to the days ahead in the city. Unlike the birds, which came back every year, Audubon had been away a long time.

The stage rumbled over a wooden bridge and rolled through the city, halting near the Delaware waterfront and its bustling taverns and inns. Audubon climbed down and swept a hand through the mane of hair that hung past his shoulders.
He was an imposing figure, rangy and athletic, and, according to many women who knew him, dashingly handsome. Dressed in buckskin pantaloons and a dirty greatcoat, Audubon blinked at the city's broad, cobbled streets and immaculate plank sidewalks. It was the fifth of April
âhis wedding anniversary. Audubon was just shy of thirty-nine years old.

Streetlamps were being lighted.
A waxing moon hung low in the western sky. Audubon had lived beneath that sky for seventeen years, moving from place to place, acquiring a family while making and losing a fortune in a string of business failures. The carefree life he'd known as a young man on his father's estate outside of Philadelphia was a distant memory. Partnerships in enterprises from Kentucky to New Orleans had gone to dust, several in ugly confrontations.
In one dispute, Audubon had lost several thousand dollars he could ill afford when the owner of a steamboat Audubon held as collateral made off with the vessel in Henderson, Kentucky, taking it down the Ohio River, then the Mississippi, all the way to New Orleans. Enraged, Audubon chased the man to Louisiana and back. He got neither the boat nor his money. On returning to Henderson the man threatened Audubon's lifeâbut bided his time. He finally took Audubon by surprise one morning, clubbing him over the head in the middle of a city street. Audubon, who'd recently injured his right arm and had it in a sling, appeared defenseless. But as blood poured down his face, Audubon used his good hand to draw a dagger from his belt and stab his attacker in the chest. A mob that included many of Audubon's creditors later had to be dispersed from in front of his house. But while the man's wound was grave, he recovered. Charges against Audubon were later dismissed on grounds of self-defense. Shortly afterward Audubon was insolvent and was forced into bankruptcy after being arrested and briefly jailed in Louisville over outstanding debts.