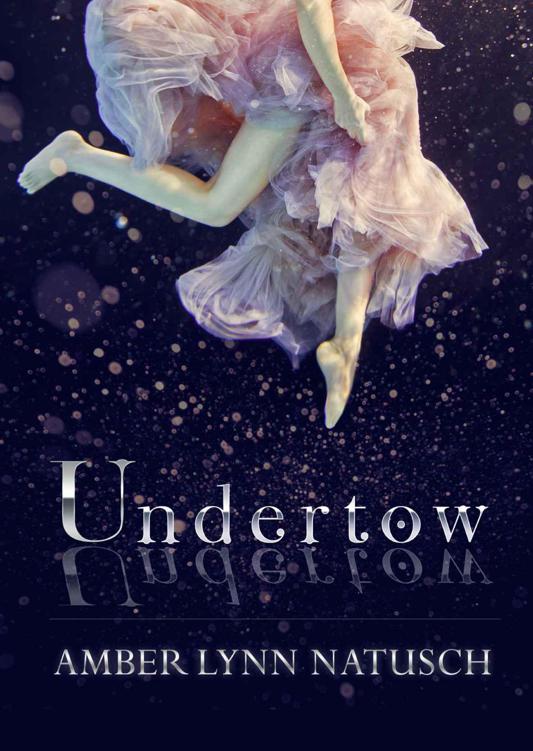 This book or any portion thereof may not be reproduced or used in any manner whatsoever without the express written permission of the publisher except for the use of brief quotations in a book review.

This book is a work of fiction. Names, characters, organizations, businesses, places, events and incidents either are the product of the author's imagination or are used fictitiously. Any resemblance to actual persons, living or dead, or actual events is entirely coincidental.

To my little peanut, Peyta Marie:

May you find a real man one day.

The smell of the sea called to a part of me—somewhere deep in my DNA. I wanted to hate it, fight it, but I could not. With eyes closed, I stood on the shore of the Bering Sea and reflexively inhaled the salty sweetness that had stolen my childhood, my mother, and nearly my sanity. For years I tried to avoid it, choosing to go far inland where I thought it could no longer reach me. But it always did.

What I could avoid physically, I could not avoid mentally, the memories too raw and fresh to escape—weights that pulled me down into my own abyss. Those weights had drawn her down too, though literally, drowning her sorrows in the depths of that which caused them.

My mother's suicide had stunned everyone. Everyone but me.

Her decline had been slow but notable, had one chosen to see it. My father did not, or could not, given that he was never around to do so. A fisherman's wife was she, and it killed her. Being a fisherman's daughter nearly killed me too.

But the years and the distance made me realize that, while I had lost one parent, I was unwilling to lose another. As my ER rotation had taught me, life could change in an instant, leaving no time for regret. And I had much that I regretted. So I had returned home to salvage what was left of my relationship with my father, pulling the wreckage from the deep and fixing it slowly. I wasn't sure that it was even possible, but I was willing to try. That was why I had asked to do my residency in Anchorage, Alaska: to be closer to him before he left, yet again, to brave the open water and do what he knew how to do best.

As I drove up the road to my childhood home, my chest tightened despite my best efforts to stay relaxed. The last time I had been there, he and I had a falling out of epic proportions. I hadn't returned since. Nine years apart gave me both the insight and wisdom to realize that, at the time, we weren't really fighting about where I had decided to attend college. We were arguing over who had abandoned whom, exposing a long-standing undercurrent of tension between us. One that would not easily be reversed.

He had sounded genuinely pleased when I called and told him that I was going to return home for the two and a half weeks leading up to the start of my second year residency, and wanted to spend as much time with me as he could while he prepared for the monumental task of heading out to the Bering Sea for king crab season. I had offered my assistance—something I had never done before—and he accepted. But as I turned to wind up the pine-shaded driveway to the small but charming bungalow I had once called home, I realized that I hadn't thought about much beyond my initial reunion with him. I was ill-prepared for the potential fallout.

My father and I had a knack for not seeing eye-to-eye on even the most meaningless things. How long would it be before I wanted to turn and run out the front door like I did the last time? How long would it be before the blame game began and the accusations flew? I cursed myself under my breath for not assuming things would pick up right where they left off. I had changed over those nine years, but perhaps he hadn't.

He stepped outside to meet me, hovering uncomfortably on the front step while I parked the Jeep and exited. The years had not been kind to him, as was evidenced by the hard lines cut deep into his weathered skin, the stress-induced weight that clung unattractively to his midsection, and the thinning hair atop his head. He pulled the lit cigarette from his mouth to force a smile when I approached him. I stopped short at the bottom of the crumbling concrete steps. Only three risers separated us, but they felt almost as insurmountable as the thousands of miles that previously had.

Extending his hand to me, I slid mine into his, and he guided me up the stairs, pulling me into a tentative embrace. It felt as though he'd been practicing, the movement almost too streamlined to have been natural. But once in his hold, I felt something I hadn't felt in years—longing. I couldn't remember the last time he'd shown me affection. I was fairly certain it was at my mother's funeral; then, after that, never again.

Norwegian fishermen were not supposed to show weakness or emotion. They were soldiers of the sea, born and bred to battle her, taking her bounty along the way. Some succeeded and lived; others failed and died, but that was the life he'd been destined to have. They all had, all five generations of Fredriksen men, until I was born. Aesa Fredriksen, the only female born into the family in over two hundred years. I would not carry on their legacy or name.

My father had always seemed a little out of touch with how to raise a girl. It was hard to blame him, never having been around many, but he had always tried. Standing there with his arms wrapped tightly around me, I knew he was trying once again.

“Korleis har du det?”
he asked, his chin resting on top of my head.

An awkward silence plagued us immediately, and I pulled away from him gently, expecting to see a hardened expression on his face. Much to my surprise, it wore a warm expression. He was truly happy to see me.

“It's been a long time,” I muttered, knowing it was the understatement of the century.

A slight curl formed at the corner of his mouth in response. He had always had a good sense of humor, even if he often found that humor in things that were far from funny to me. In that moment, it put me at ease. I wondered if my trepidations had been valid at all. Perhaps he really had changed too.

“Ohio is far away, Aesa. Your trip would not be so long if you had stayed closer to home.”

And there it was. He hadn't changed at all.

“If you're going to start right in on me, I'm getting back in that car and leaving to find somewhere else to stay. This is NOT why I came home,
Far,”
I spat, addressing him formally in his native tongue. I only did that when I was angry. He had heard it a lot over my lifetime.

“I'm sorry, Aesa,” he said in surrender. “I am not trying to start a fight with you. I promise. You know how I feel about you being so far away, but I am glad to have you here now.”

I bit my tongue, holding back the retort that so desperately wanted to escape. Telling him that he was the one that had always been so far away seemed a surefire way to sink our relationship before we even gave it a chance. I wasn't a petulant child anymore, nor was I a willful teenager. I was a grown woman, and I knew that if I expected him to try, I should be willing to do so as well.

“Thank you,” I ground out, though it pained me far more than I expected it to. “So, should I bring my things in and unpack a bit before we get started on your to-do list?”

“Always thinking three steps ahead. You must be an excellent doctor.”

“It's helpful,” I replied, unsure of how to gracefully accept his compliment. “I think it's why I love emergency medicine so much. It's methodical—linear—but it's also a puzzle you have to systematically solve. There is little room for error and no room to skimp on the details. I'm a detail kind of girl. It's a good fit, I guess.”

“I have no doubt about that. You would have made an excellent captain because of those very qualities—”

“Yes, Aesa, I know, I know. I'm sorry. But I don't say it to guilt you, as you seem to always assume. I say it because it's true. I cannot change that fact, even if you do not like it being pointed out to you.”

“Let me help you with your things,” he said, limping down the front steps. He walked like a man far older than he was, his body worn out from years of working on deck, driven beyond its physical limits for days at a time. Insomnia, stress, injuries, and a diet of caffeine and cigarettes were a shipman’s reality. Multiplied over a decade or two, the ramifications were undeniable. Even as a captain, an entirely sedentary job, his body was turning on him. At the age of fifty, it was plain to see that he wouldn't live to see many more years if something didn't change, a point that I filed away in my mind. I would bring it up another day. We had already had two near arguments. A lecture on his health was certain to bring about a third.

But watching him struggle along was more than I could ignore, and I soon found myself inquiring despite my better judgment.

“Dad, is there something wrong with your knee?” I asked, trailing behind him like a physical therapist waiting for her patient to fall during rehab.

“It's my hip. The doctor tells me I need a replacement soon, but it's nothing that fish and alcohol can't cure,” he explained, blowing my concerns off entirely. His solution to everything was herring and vodka. That combination surely hadn't helped him avoid the physical state he was now in.

“Well, maybe he's right. You're barely able to get around on it.”

“Bah, it will warm up here in a few minutes. It's that damn chair on the boat. I need to get a new one.”