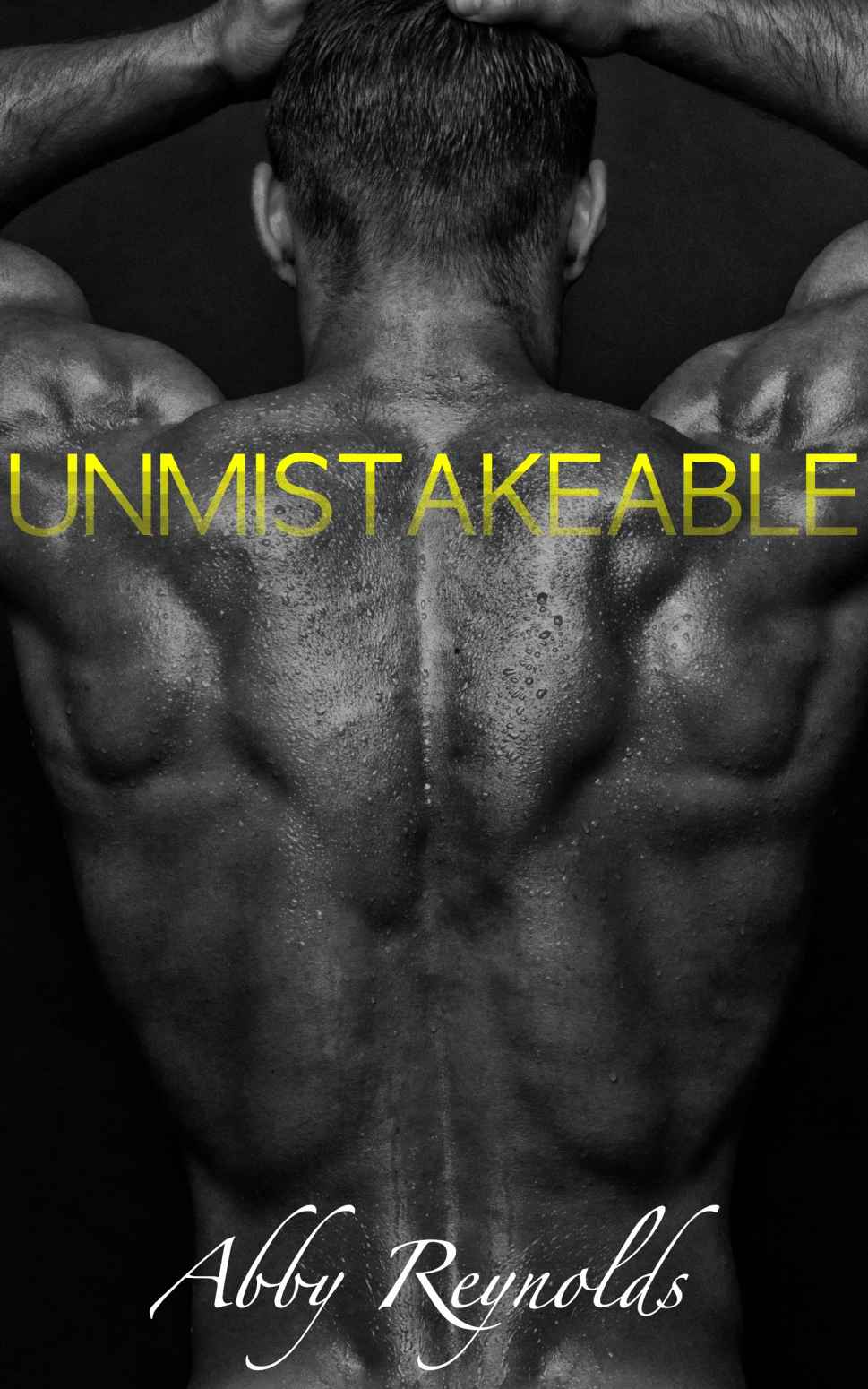 I hadn’t seen or spoken to Ash in weeks. He left me alone and never pursued me again. I expected him to try again, and I was disappointed he didn’t. Even though I made the right decision, that didn’t mean I didn’t miss him like crazy.

It was like my best friend had died. He didn’t exist anymore. And I felt empty, disoriented. I wasn’t sure what to do, how to go on. In many respects, it was worse than losing Jace.

But I stayed strong and didn’t reach out to him. The fact Ash had been nothing but wonderful to me made me respect him more. His declaration of emotion made me realize just how much he cared for me. I couldn’t string him along like Jace did to me. I needed to hurt him in order to hurt him less.

But that didn’t make it any easier for me.

I stayed in my apartment and worked on my photography. I had a few weddings and gigs to do. It was nice to get out of the house and focus on a task. Ash came into my mind less often that way.

My sister wanted to get coffee so I joined her. I needed to socialize anyway. I preferred my solitude for artistic creativity. I had more epiphanys and moments of inspiration when I was alone. But I couldn’t be a hermit either.

“Long time no see.” The irritation was in her voice. She obviously wasn’t pleased by all the calls I never returned.

“I’m sure. But I know it hasn’t been with Kyle.” She gave me a pointed stare.

“I guess that means you’re still hooking up with Blondie?

“No, we had our fun but it burned out a few weeks ago.” She sipped her chai tea latte.

“Why?” She shook her head. “End it while there’s something to end, you know?”

“Grandma has been asking about you. And I’m running out of excuses.” She stared me down like a leopard about to pounce on a rabbit.

“Why are you avoiding her?”

“When she knows what happened with Jace, she’ll give me that look…When someone feels bad for me, it just makes me feel worse. She’s already got enough on her plate. I don’t want her to stress about it.”

“Then why don’t you just lie?” She said it like it was obvious.

“Lie? To grandma? Do you not know grandma?”

“And she catches you every single time. And I’m the worse liar of the two of us.”

She laughed. “You really are horrible at it.”

I glared at her. “That was below the belt, Payton.”

“You’ve been broken up for over three months. You should be able to take a joke by now.”

“He really hurt me.”

She sighed. “I’m sorry…you’re right. I will be kicking him in the balls when I run into him.”

I sipped my coffee and looked out the window.

“How are you still miserable?” she asked. “You should be okay by now.”

“I’m not miserable over Jace…”

“Then who are you miserable over?”

Her eyes widened. “Did something happen between you two?”

“When I came home with Kyle, Ash pounded him in the face and told him to get away from me. Then we made out and I slept on his bed.”

“Slept on his bed?” She leaned forward, the gush on her face. “Did you sleep with him?”

“No…I wanted to. But he turned me down because I was drunk.”

“Awe…” She placed her hands over her heart. “How sweet.”

“Then why aren’t you fucking him?”

I looked around the room to make sure no one overheard her. “Keep your voice down and don’t talk like that.”

She rolled her eyes. “Grow a pair. Why aren’t you fucking him?”

“He told me he had feelings for me and wanted to be something more—to be in a relationship.”

“Oh my god…sometimes I want to slap you. Alaska, it’s been three months. Just be with this guy. You obviously like him.”

“He’s fucking hot. I mean, he’s gorgeous. I’d fuck him if you didn’t have a thing for him. Secondly, he’s going to medical school so he’s smart and he’ll be rich. Thirdly, he’s fucking hot. And fourthly, he’s a sweet guy. And did I mention he was hot?”

I laughed then rolled my eyes. “He’s perfect. I know. But that’s why I turned him down. He deserves someone better than me.”

“Anyone deserves someone better than you, but don’t question it. Just give it a go.”

“Are you friends now?” she snapped.

“Alaska, swoop him up before someone else takes him.”

“He’ll probably go back to his promiscuous lifestyle…”

“Are you saying he gave it up?” She pressured me to respond with her eyes.

“He stopped seeing other women when Jace and I broke up.”

Her jaw dropped. “I’m so jealous! You have the perfect guy crawling at your feet. You’re the one woman to change him. And you don’t want him? God, you’re annoying.”

I glared at her. “I’m just not ready, okay? And I told him not to wait around for me. I’m not even sure if I ever want to be in another relationship again.”

“Then be his fuck buddy.” She gripped her skull. “Unless you want to be celibate for the rest of your life.”

“You’re so immature. I can’t even talk to you.”

“I’m immature? Your response to pain is to stop living. How does that make sense? In case you haven’t noticed, the world is full of losers and assholes. You’re lucky to find a man not living with his mama and has any motivation to get off his ass and not play video games all day. Ash has the whole package, and the fact he’s done so much for you makes it pretty damn clear the guy is in love with you.”

“He’s not in love with me,” I said immediately.

“A guy wouldn’t stop pounding his unlimited supply of pussy to be with one woman unless she was the one. Open your eyes and pull your head out of your ass, sis.”

I stood up and snatched my coffee. “I’ll talk to you later.”

I walked out without looking back.

A few days later, I got a text message from Livia.

Ready for our next project?

I was surprised she didn’t mention Ash, but then again, Ash may not have told her anything. He seemed pretty quiet about his personal life.
What are you thinking?

Maybe we could paint together. Have you ever tried?

There’s a first for everything, right? If you’re free tomorrow, come over. We’ll have dinner afterwards.

That sounded nice. Livia and I were on the same wavelength. We understood each other on an innate level. Our artistic minds sync together and words were unnecessary. She reminded me of Ash in some ways but I couldn’t cut her out of my life just because she reminded me of her brother.
That’s sounds nice. I’ll be there.

The following day, I brought an asparagus casserole and my supplies to her house.

“Just something I made.”

She lifted the lid and sniffed it. “It smells good.”

“Thanks. Cooking is a pastime I enjoy.”

“That works for me.” She took it out of my hands then set it on the table. “So, I was thinking we could paint something simple, but something with colors.”

“What about flowers?” That was always easy.

“Yeah. But I want a person in it too. Maybe a man’s hands, something strong but nurturing.”

She set everything up and laid the newspapers down. “I love bright colors.”

Scotty walked into the kitchen. “Alaska, you like burgers?”

My casserole didn’t exactly compliment that.

Livia ignored Scotty. She handed me the paintbrush and helped me guide it along. She showed me a few tricks and taught me the different forms. I never tried drawing or sketching, but I realized I was pretty good at it.

“You’re a natural,” she said excitedly. She stuck to her side of the painting while I did mine.

Scotty came over when we were almost done. “It reminds me of Picasso.”

“I hope that was a compliment,” Livia said without looking at him.

He slapped her ass then walked away. “It’s always a compliment.”

She rolled her eyes. “Ignore my man.”

“You guys are so cute together,” I blurted.

“Yeah, we are.” She smiled when she dabbed the paint onto the canvas. “But we weren’t always that way. I’ve been through some dark times in my life and I was determined not to get close to anyone. But Scotty didn’t take no for an answer. He brought me back to life and showed me love was real.”

That sounded too familiar.

“I took a risk with him, but it was the smartest decision I ever made.” She blew air on the canvas and tried to stop the paint from dripping.

I didn’t know what to say. But her story touched me.

Livia stared at our painting. It was one image, but each side looked different because it was made my two artists. “I think it looks awesome.”

“Now we just need to let it dry.” She picked it up and stood it on the easel. “I don’t know about you, but I’m starving.”

“I can take a hint.” Scotty walked outside and started the barbeque.

The doorbell rang. “Excuse me.” Livia walked to the front of the house.

Were other people joining us?

A large man walked inside, and he was holding hands with a petite woman. She had a ring on her finger, and they looked like a set.

Livia introduced us. “This is Liam, and this is Keira.”

“It’s nice to meet you,” I said politely.

“And they’re looking for a photographer,” Livia added.

“Well, it looks like we’ll have plenty to talk about.” I gave them a smile then turned away.

Another knock sounded on the door.

How many people did they invite?
I already felt like the third wheel with Livia and Scotty, but now I was about to be the seventh wheel.

Ash walked inside, a case of beer in one hand.

Why didn’t I see this coming?

He hugged his sister tightly. “Thanks for the invite.”

“How could I have a barbeque and not invite my brother?”

“Well, Scotty is having the barbeque. Because if you were cooking, I wouldn’t have showed up.”

She took the beer from him. “Thanks for bringing something.” She walked passed me and carried it to the refrigerator.

My heart was beating a million miles an hour.

Ash approached Liam and Keira then embraced them both. They obviously already knew each other. Then he looked at me, his eyes guarded. He didn’t give anything away. I had no idea what he was thinking. I couldn’t even tell if he was surprised to see me.

I didn’t expect him to act like everything was normal. “Well. You?”

“Were you doing something with my sister?”

So, he didn’t know I was going to be here?
“We made a painting together.”

“Uh, sure.” I walked with him to the corner.

He looked at the canvas and studied it. “I really like it.”

He pointed to the right side. “This is your side?”

“I can spot my sister’s work anywhere. If you put her piece in a room with hundreds of others, I’ll spot it.”

I smiled. “You pay a lot attention to her.”

“No, she just forces me to come to her shows.”

“Why do I not believe you?”

He smirked. “Because you know me better than I realize.”